Submitted by Honk1n — 2 minutes, 42 seconds before the deadline
Add to collection 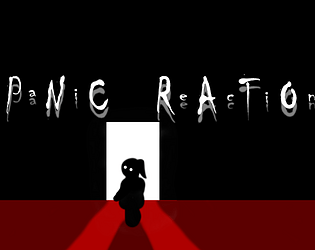 How does your game fit the theme?
Escape the Cult of DOOM. Only problem: You panic when you see enemies, darting away without control. You can sneak for moment, but beware, Banshee is coming to get you and without the adrenaline surge from panicking, you wont get away. Use all your billiard and minigolf skills to escape the cult!

god the noise startled me so bad i almost woke up my roommate! great job! This was really cool and fun, just wish it was slightly easier to control!!

Submitted
DO NOT PERCEIVE ME
LikeReply
Honk1nDeveloper1 year ago

Thanks, awesome that fright came through (though sorry for your roommate) For jams theme it could be taken as compliment that its hard to control  :D But seriously, signposting what to do and the actual controls have problems, but thanks for leaving comments, keeps inspiration afloat even after jam.

Can't beat the second level! Congrats for the game, really like the spooky atmosphere. Some music or environment sounds would improve the horror feel.

Thanks for comment  :) Gameplay ended up quite trial and error in the end. Was supposed to have quicker restart level to encourage testing levels, but as I added two levels close to dead line, didn't have time to implement quick level restarts for all levels as my code broke down. Nice to hear that atmosphere was nice,  I think it took most of my time and still a lot was left undone :) (actually had other music also for title and start of each level, but again, code broke down for some reason) Gotta brush up my coding skills for next time :)

This is the good thing about game development, every little game we made is a new experience not only for those who play but also for those who make! <3

A horror-themed billiards game is something that would've never occurred to me, so huge points for originality. Gameplay itself could use a smidge more polish, but hey, it's a game jam! Great work overall!

Thanks, really nice to hear :) it was weird epiphany, I just watched a horror movie hour before theme was announced, and something about panicking and running away clicked. And as first jam as coder and solo dev (one jam as part of team) so I'm very happy to get this far and I really appreciate your comments :)

Hey mate. Nice idea, I just didn't know where I'm supposed to go so I don't quite get the point of the game. Love the sound though, certainly gets the blood pumping!

Submitted
Drink Until You Pass Out
LikeReply
Honk1nDeveloper1 year ago(+1)

Thanks, sound credit must go to friend Jere for one older project. In hindsight should have remembered to take perspective of new players to account, but next time I'll be wiser.

I really enjoyed the concept. Gameplay was nice and simple. I had a hard time finding the objective (not sure if that was a design choice) and the game would crash/stutter every so often though. Overall pretty good!

Thanks for input... and not knowing the objective... well inspiration from horror slashers, so... it could be a design choice? (No it wasn't, never even crossed my mind, but next time it will :D)

I love the atmosphere, seeing 2D horror game is cool. Wasn't completely sure when you pass the level. Mechanics could be bit more polished, but overall awesome game! Check out mine as well :)

Nice to hear that atmosphere worked. You pass levels by just leaving dedicated area, but good point that players don't actually know how to reach the goal. Whoops. Thanks for feedback :)

Nice to hear and thats awesome :) Scaring players wasn't main goal of this project, but awesome that it actually happened :D

love the idea and a good execution, but game crushes somewhat often.

Thanks for input, nice to hear that idea was good :) Yeah, should have used more time getting level transitions and optimizing under control. Made levels last and it provided suprisingly many complications.

I really like the idea of losing the control of the character when it is scared and that you can use that to purposely escape at high speeds.

Thanks for commenting, nice to hear that the idea came through :)