Your mission is to travel through a computer to deliver data. But how do you pass the obstacles along the way? A disk!
Submitted by KingOfAstronaut — 11 hours, 42 minutes before the deadline
Add to collection 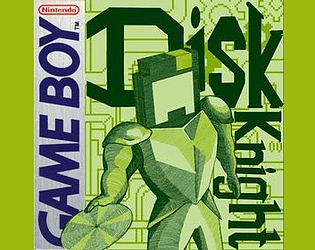 I'm amazed by how many levels you've made! It's also a really cool concept and it has a nice flow because of the immediate restart. I do like the background a lot, and it generally looks pretty good and gamboy-ish. While I could sometimes solve the level without solving it the intended way, it didn't feel broken, but more like a valid alternative.

The only thing I'm not too sure about would be that the disc disappears instantly, that was a bit confusing at first. I feel like it could have worked with a disk that quickly comes back as well, or maybe a little effect when the disc disappears. But that's just nit picking, really. It's a great game, especially for a jam!

Excellent little platformer with lots of things to think about holy moly hahaha. I really like the idea that you have to bring a data disk to the end of the game. I was not able to get to the end, some of those puzzles made my head hurt a bit much......

One thing i would consider is adding an option to mute just the music but keep the rest of the SFX audio. that would allow the player to enjoy and slow down and think more without being distracted and being able to keep the jump sounds at the same time.

Interesting suggestion with the music, I totally agree. I would have liked to spend more time teaching the player tricks before I gave them the difficult puzzles, but the time limit got to me. Thanks for the feedback, Ill definitely try and slow down the pace of the game to help with the puzzles. I really appreciate the comment:)

Good job! The game has a very interesting gameplay and the level design is great, congratulations!

This is REALLY good! I had a really good time playing this, and this by far one of my favorite entries in this jam. However, once I started to get to the more complex levels I started to glitch out of the game and I had to restart the application. This is amazing, keep up the good work!

This was awesome. The right level of difficulty for me with quick reload on errors and not too many chains in a single puzzle to make it annoying. Well done!

It is a bit tricky to get the good timing but once you get it you can fully enjoy the game. And the new mechanics are explained with a kind of tuto level that is nice to have.

The animations and sounds are very nice too ^^

That's a great work you did, simple but fun !

This is awesome!!!!!  I really think this was perfect.  I did get caught in one toggle, but was so much better at the game that I got back to that spot in a few seconds.  Fascinating gameplay, really unique.  Way to go, this is a great game.

It defeated me this time, but I will come back to play it again!  I liked that it wasn't punishing to fail, by tracking lives or hp ... you just got another try.  :)

Thanks! Glad you enjoyed it.

Awesome concept with tons of potential! I love how the game teaches the various concepts. One problem I ran into was that I kept getting stuck inside of the toggle blocks with no way to escape but to restart. Also, on one of the earlier levels, it is possible to skip one of the screens without solving it the "correct" way, making it possible for the player to move past that screen without learning the trick (I've attached an image with that screen) 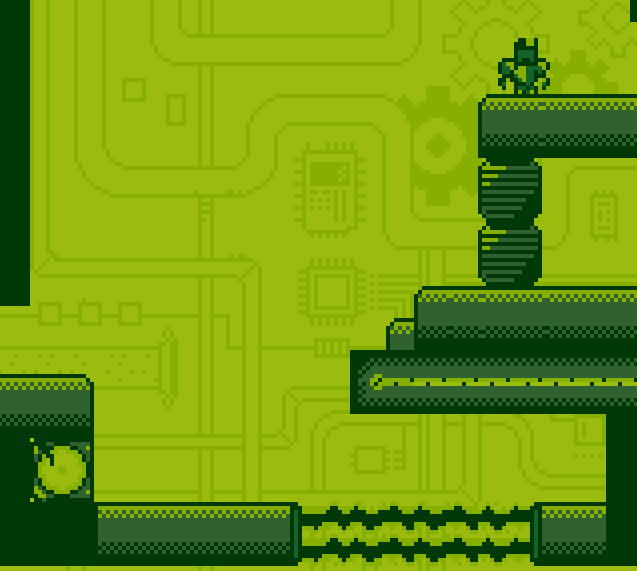 you can just walk through that gap in the upper-right corner.

Thanks for the feedback! Greatly appreciated:) That hole originally lead to a secret room but that idea was scrapped and that ended up a leftover. The bug fixes are getting worked on right this minute.