Shoot your way to freedom from the Space Syndicate
Submitted by DougWebGames — 2 hours, 23 minutes before the deadline
Add to collection How was your jamming experience? Were you able to produce more or less than you expected?
A little less than expected, but it was a great experience.

How did you apply the theme to your entry?
The whole ambiance of the game is set in space

That was fun! The gameplay was nice and simple, I liked the artstyle, but the story elements really made it stand out! Great work! :)

Thank you James :) coming from you it means a lot, since your lessons helped me from the beginning of my life as a game developer, to this day! I'll also tell the writer about your feedback and I'm sure he'll be proud and very glad you liked!

Might want to change the fire button to the space bar as J is kind of awkward. Liked how you had a story with the game.  A skip button would be nice or a button just to make the scrolling text just all appear my 2nd play through i was stuck waiting for the text to go away.

Thanks for the feedback Drew, I'm making a lot of changes both in the intro and the dialogs, and will release after the jam is over. About the shooting key, I may add Spacebar as an alternative, or even allow the player to customize, it is a good idea since it's more intuitive. Thank you for playing and for the compliment in the game story :)

Really nice game! I love the story and the controls of the ship!
Only remarks I have are:

Rest everything is awesome! Also really love the sound implementation!

Thank you very much!!! this is a great feedback, I'll check  on those issues in the next version (after the jam). You're not the first trying to die and going on the Z-axis... I'm starting to think that might actually be a feature somehow hahaha. And about the background, I was a little triggered by that myself, but I've had to put the correction behind other issues, and in the end I've had no more time. It's a simple fix, I guarantee it won't be there next time. Thanks for playing Justin :)

Cool intro scene and dialog at the beginning!   Game play was fun too~  Though I kinda wish I had full WASD controls to dodge better.  Also my first play-through I think I found a bug, after i collided with a ship by bullets no longer collided with the enemies (no damage), so i had to restart~  Great job!  Work on it some more if you have motivations, more things in the background and more enemies would be cool!  Please check out my entry 'Europa' when you have time~

Thank you! Your feedback was very neat! haha good to know about the bug, it seems that it's happening to more people than I imagined, I sure got the motivation and will make it better. And thanks for suggestion about more things on background and more enemies, the plan was to include at least one boss in the jam build, and I modeled it and prototyped it's gameplay,  but still had to do too much to be a really cool boss, so I've left out of the jam build. I do have the motivation, specially after seeing some great advices from other devs. Thanks for the help.
I did checked out 'Europa' and I was very impressed!!! I'll play it soon enough to give you my feedback, but I must say it looks like you have a jam winner in your hands :D

A little short, a little monotonous gameplay, a little simple graphics, but damn: thats some nice worldbuilding, atmosspehere and humour. I was sad when it ended!

thank you so much Zock, it's a very good review, now I know better where to put my next efforts, I'll improve gameplay and extend the play time, also there's a lot of mechanics that was left behind, but I'm glad that our focus on the backstory worked and you had some fun! 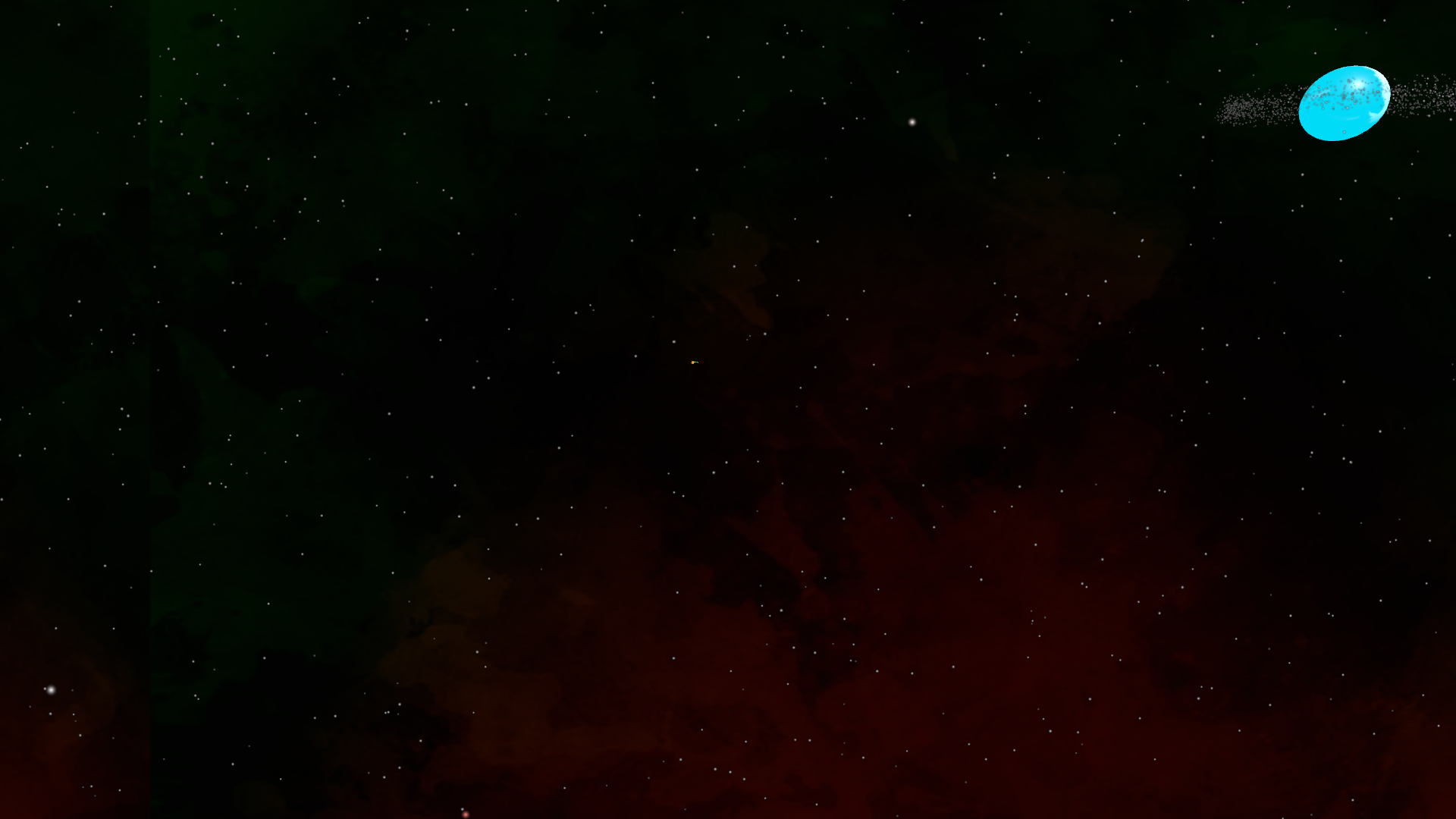 Just finished playing! Good job! I really liked the story-approach you took with the game. The gameplay was definitely a bullet hell but I spammed away at the 'J' key (interesting key for shoot I think spacebar may be better) and was able to dodge the bullets quite well. I passed through easily enough and Mr.Roboto and I were on our way to make some BIG SPACE BUCKS.

Then, I decided to play a second time because I was curious see what would happen if I'd lose. So I purposely tried hitting as many bullets as possible. It got to a point where I think the ship got hit of of the axis and started flying further and further into the background until its just barely visible.(it also slowly moved to the right if that helps with troubleshooting)  All of the music stopped and enemies don't spawn but the scrolling still worked.  (Picture for reference)

I think if you don't have it already a different story ending for if you died would be really cool followed by an option to retry. I think the story was overall fun and who doesn't love a robot assistant? I really liked all the layers of sound and the music for the story portions of the game was fitting.

ALSO: A continue button for the long paragraph settings would be nice for people who read really quick like me. Also having the option to exit the game after the story's completion. (I just task manager deleted it, but it would add some polish to have an exit button)

Thank you so much Brad! The writer will absolutely love your comment, as I did too. I'm amazed that you was able to do something that I couldn't: move in the Z axis hahaha. I tested this SO MUCH, you have no idea... I knew that eventually someone would try to die just to see what happens, but that was one feature I've had to cut in order to deliver in time haha. Your idea is great, an alternative ending is needed, and I'm also thinking about making some dialogues choices to change the story a little and let the player make some relevant choices. The initial plans even included an option to not battle the syndicate (kind of like the alternative short ending in Far Cry 4), but anyways, awesome feedback, thank you so much. I'll look into this bug you mentioned and all other suggestions and keep improving it. Oh, curious fact, the scrolling keeps happening because the background is a shader graph with scrolling uv, and the stars are just particles. Oh, another curiosity, usually I prefer spacebar as well, but my keyboard is f* up, specially in the spacebar, so I chose "J" to make to relate with the character's name :)

Oh yeah, I'll definitely include an exit button and make some changes to the scrolling text in the near future, thanks for the suggestions