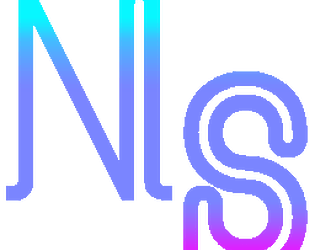 Story Teaser
In the neon city, your wife and daughter have been kidnapped by the mob. Sneak into their base, hide from mobsters, and avoid their spotlights to save your family before it's too late.

The first level was a bit annoying since I kept on trying to lead the guard past the boxes, but he'd always turn back around after I hid...

*Gun Shot* That dad knows how to protect his family ;)

Thanks for the comment, i understand your comment about the first level, he actually goes back then starts to patrol, Thanks for the criticism and we will hopefully use this to improve next time, sincerely, your local environment artist

PS. Who ever did the environment art, that was Stunning!

Graphics are good, and you people managed to do quite an impressive job. I'm not a fan of Unity's postprocessing effects though, I think these effects only obscured the screen and didn't cuntribute too much. The rain was cool, the setting at the start of the game.

Now, gameplay. The idea is ok, sneaking and that stuff. I think the guards are overcomplicated, didn't realize they kind of followed you, I just thought their movement was random at first. The lights, please don't, 3 out of 5 lights didn't show up in my game session at least, or at least I guess there were lights, I just didn't saw anything. I somehow managed to get their timing or something, I actually don't know how the heck did I passed through them.

I didn't especially liked the sound department. The only music loop was tiring through the end of the game. But I loved that death sound, so ominous.

Story is ok, but I know this is one of the most difficult parts of conveying since you have little time, which ends up in short gamelenght. The "twist" at the end was fine.

hello, im the enviroment artist on this project and i just wanna say thanks for the feedback, but i am quite confused at why the lights did not show up for you, we have tested the game many times and nothing like that ever occured, once again, thanks for the comment all feedback is helpful and appreciated, thanks for playing!

If you set the Graphics to "Medium" or below, the spotlights will indeed not show up fully. They require high graphics. Playing on low graphical settings is a good way to make the game extra challenging, haha! Thank you for your review :)

Yeah, that's understandable. I play on Simple setting most games due to my potato PC. Some games I play on even lower settings.

yea, you can blame unities attempts at optimization for lights :D

Loved it! Good use of reuse! loved the style! Well done for such a short amount of time!

I love the look of this game, the 2D on the 3D is done very well and having the crates at different levels sound track was a bit repetitive starting from scratch every level load but because it was catchy  not a deal beaker. even though the end screen is just black an all round good game, well done!

Overall quite fun. It was a bit tedious to have to wait a while for the agents to pass in the first levels but after that it was a good mix between tricky and sneaky. A bit odd sound when detected by the spotlights though. Cool ending!

Thanks for the feedback, the strange sound was supposed to be the cries of the mother and daughter but distorted, thanks for helping us improve :)