Ayyyyy! Thanks for the fix, will play soon and give you some feed back <3

So, a few bugs I have spotted;

Im a huge sucker for these kinds of game, when there is more meat to the game ill take another look and give you some more feedback about the feel ect.

Okay, So! the concept is neat, torcher sinner get resources work your way up hell, like it.

Games still lacking a lot tho, needs more of the bits that you mention in game before a judgment can be made. Would like more to do in the moment to moment gameplay loop as well.

Crafting is done in to small of a bite, needs to be faster too.

Bug: My human got stuck on my only mechine and then I gave up!

Look forward to seeign what you do with this.

Had alot of fun with this game, was far to hard but worked well didnt bugg out on me once.

Little unintuative but the wizard to FPS switch is seamles and makes you feel quite cool! good job guys hope you got a good mark.

Buy all right this child should be scerd of the dark, nice and fast paced.

Imagined they were all my childhood bullies, was a good time.

Made me chuckle, liked it.

Game was fast to load, and I was straight in to the game. I Like the look as Its consistent and bright with the Ui being large enough to see but not in the way. Controls were a bit hard for me to grasp at first (I was using a keyboard). But I got over this quickly.

As mentioned above I like the way the game looks its consistent and bright with some nice variation enemies all animated well. Attacks and abilities were flash and could easily tell/feel what was going on.

I had no Audio witch the game could benefit from but im assuming that is in the works.

At first the game felt quite clunky with the odd controls, but after getting over this it quickly became quite easy. As far as I could tell the AI was simply just coming at me.

The attacks and abilities have nice juicy effects (love the animation on the numbers rising) making thew combat feel quite good despite the lack of challenge.

I manged to hop out of the starting zone using the jump ability, getting a sneaky peek at the map.

I enjoyed the game, looking forward what you do with the rest of the map. Could be balanced more to add some challenge.

Well for starters, this is just stunning! I really like the look of the world and ships (that I saw.) and the charictors look very nice too.
but I found a few bugs.

ship flew in to the wall and died on the first time.

I destroyed the ship befor being told to, broke the sequence.

I not move to find the person I was ment to find.

Anyway, still excited to see were this progect will go.

Had a little fun, some mess got stuck under some of the AI and I could not clean it, rappidly losing REP. Look forward to playing it in a more finished, polished state.

Really enjoyed this, simple and fun. Played with a freind and laughs were had!

This was very cute, thank you.

Thank you for the feed back! Im glad you liked it, ill give the AI some tweeks to keep it challenging!

Thank you for your review glad you liked it! :D

Thank you! Iam really glad you enjoyed our game ^_^

Glad you liked it! I have ave talented artist. ^_^

We are so glad you liked the game! Unfortunately  towards then end i did lose my temper with the animator coursing the jumping bugs and some of the anims to out sync, totaly my bad. Dw im sure they bird families will find homes somewhere.....

Mabby im just crazy but i cant actually get past the first set of guards, mabby im missing a control? jumping is only jumping me to heaven

Well that got damn dark real fast, I don't wana spoil anything for anyone but he can keep hes dickens im staying the hell away from there.
As for game-play I really love checklists and collection amounts so 3/3 for that. but come on sempi a flip animation at least! in conclusion bloom effect make all games better 4999/5000 you forgot your shovel.

This was surprisingly fun, even with out the graphics the concept alone made play for a while, good job man. now a moment of silence for the buddy s crushed buy rocks on my many failures. 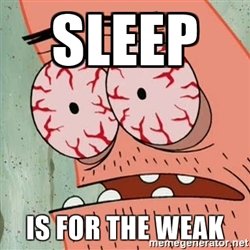 Dont know if my build is broken but there is nothing to avoid in the streets witch is hugely disappointing because nothing says a good anther-noon like a high speed coalition.

Nothing really screams sifi like fling a space ship around a sparkling city up ups for the reto feel, I did find the boost after my second death but the text for it was covered buy the cockpit. I would comment on the story but i got board and flew around the city for a while then died. In conclusion  thank you for making me feel like the space ace pilot ill never get to be!

TLDR; story can be told in may way other than a text wall but over all it was good motivation for a character and easily  sympathetically with, art was simple and nice and the game felt fair. gg

Arrrrrrrgg! there are to many road blocks at the start D,: But i wont blame you for my own inability to play racing games. the art style on this superb and the lighting affects make it that much more! gg

Not bad, art was well done. controls felt a little laggy and i got shot a lot but over all not bad.

Characters  funny and the art is good, some solid sound effects and over all everything works! cake is accepted.

Straight from the beginning i was hoping to make some zombie mince meat and you did not let me down, ult was a very good  ult and i liked the curve ball of having to move forward when shooing, interesting mechanics.

Ah man, you got me right in my weakness, Loot. But in all seriousness big up on the random loot, rooms and enemy and having the ability to buy ungraded to your damage ( even if it was a little buggy)  felt like great progression when you get smite an eye boss in one shot. 5/6 blobs would be chased buy a daemon snow monster again.

Really liked this, the art is very impressive and the animation is fluid. On top of that everything words as intended an the keys are clearly shown. good show!

Not bad, liked that you added a moral message in at the end, even if it was a bit on the nose. 9/10 would drown myself in the ocean again.

Quite a cool snapshot, love the idea of trading health for ammo that is a cool game mechanic!

Looked cute and was quite fun, even ran on my less than stella laptop, congrats!

Classy resting place you found there ;D love how you decorated the place.

I really enjoyed my short time with this game! its beautiful even with the choppy animations (to be expected with the time frame) And i found the interactions with the quite funny! p.s black Coffee for life.

Thank you. A class voice acting as you can tell ;D