DevSquad Entry by Zattstudio
Submitted by Zattstudio — 1 hour, 34 minutes before the deadline
Add to collection 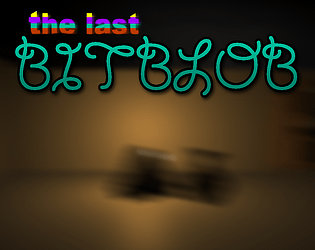 There are many little problems. The gold counter has too little space for digits, when you go over 100 (which is pretty common) it chops some numbers. The fireballs bounce sometimes and don't dissapear after hitting a wall. They could also leave their lasting particles, I think there is an option for easily doing that in Unity, just to not make them dissapear abruptly. It was pretty repetitive though that's fine, there was not much time. Good things, looks were ok, and systems worked fine, just needed some touch-ups. Maybe gameplay was shallow but it's best to have something work nice than putting lots of unnecesary half-implemented features. In this case, it had a reduced set of features, and they worked fine.

Ah man, you got me right in my weakness, Loot. But in all seriousness big up on the random loot, rooms and enemy and having the ability to buy ungraded to your damage ( even if it was a little buggy)  felt like great progression when you get smite an eye boss in one shot. 5/6 blobs would be chased buy a daemon snow monster again.

Due to the time constraints of the gamejam i was not able to add this features. I have to think about working on it a second time , and if , i'll be happy to implement this stuff.

The game models are very nice! The camera angle makes it hard to move through rooms and aim. It hard to tell when you can next shoot and how many hits it'll take to kill a monster.

Thanks for the Help, it will definitely help to improove it. Due to the time constraints of this Gamjam i wasnt able to do something like healthbars.