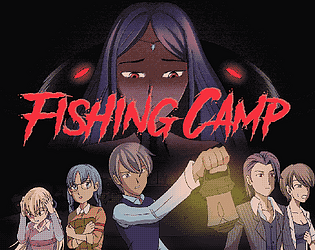 I gave your game a try, but unfortunately it was very laggy. The movement seemed very slow which made exploration not very fun at all. The maps looked great, but the lag ultimately made me stop.

Submitted
Terror Aboard the Hermes
LikeReply
Isabella AvaDeveloper81 days ago

May i know what is your PC  specs?
My computer is pretty old one yet it still able to run the game at 60 fps

IDK where to find that information. I heard of specs, but have no clue what they really are

If you  right mouse click on the "My Computer" icon on your desktop, then select "Properties" option, you will see your computer specs there. They're just info about your PC's Cpu, RAM .... 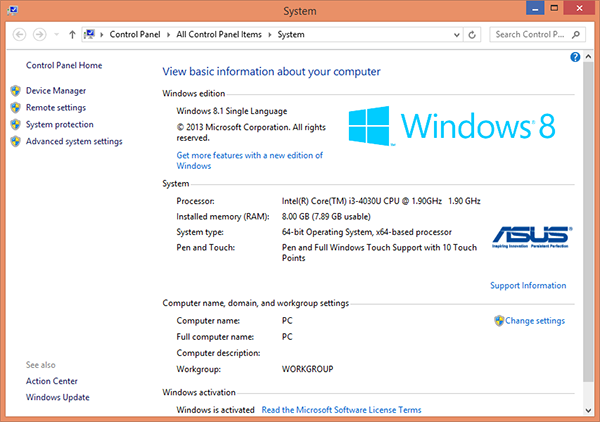 After discussing this with the other judges, we have decided that this game CAN be eligible for prizes, should it score high enough.  Good luck!

Those death animations were everything, even the sound effects were synced with them. I think my favourite was either being cut in half or face ripped off by rats. Doing the gory stuff is usually the most fun part when I'm making my sprites.

Your game was really interesting once it got going, I struggled a bit with the puzzles but I've never been good at that kind of thing. I think if you refine the game a bit you could have something special.

Thank you Kemsyn , you even noticed small things like sfx were synced with animation, i'm really happy  about it :D

I got an error instead of the game. Sorry Isabella; your game couldn't be played on my computer.

What error was it, may i ask? 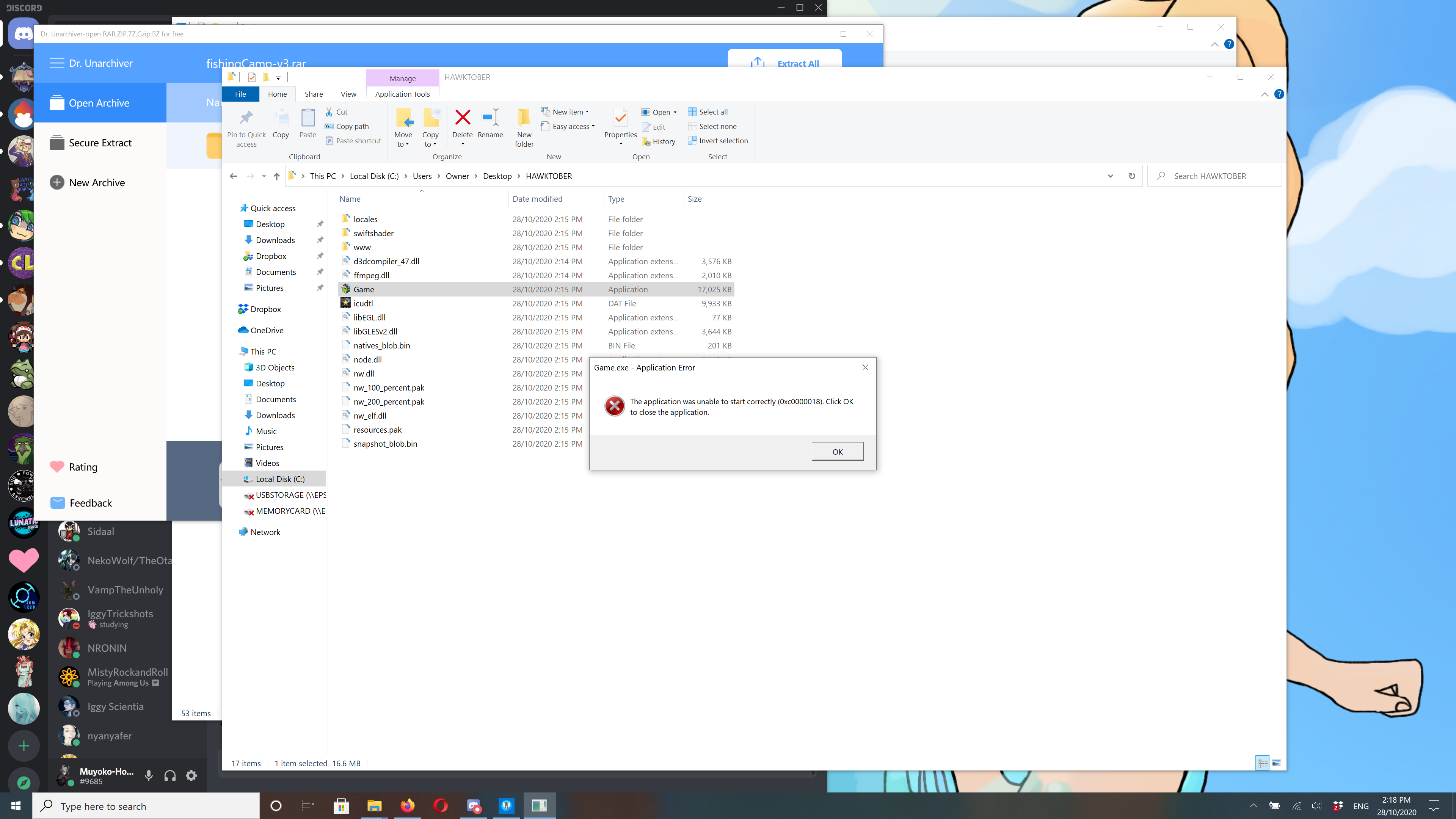 I think maybe it's your anti-virus software blocked it?

Thank you for letting me know, perhaps it's because i packed my game with Enigma.
Good to know it has compatibility issues with Wins10. ∑(⌒◇⌒；)

You are welcome. Sorry for the bad news.

Too bad, but i understand :D
It will be great to see  you  stream it though

Hello! I tried the game and got until the puzzle with the statue and lighting up the correct stars. I'm kinda lost tbh and idk if there was supposed to be a clue there somewhere that I missed. xD :D I mean, I'll see if others have got past that part as well. :)

With what I've played so far, it was really fun! The sound design and music used were very atmospheric and really captured the mystery and intensity of the situations very well! I also love the puzzle mechanic you made with the usage of items and using them on the write places via placements and etc. The story was really interesting, and I like the idea of an ancient powerful being sealed being the cosmic threat. The death scenes were also really well made and they were very believably eerie. One of the things I might suggest is to make a sort of checkpoint after completing every puzzle... I mean you do not have to, but I just feel it can save some time instead of going back again to where you left off after every death. xD :D

I did find some tile issues that you can fix if you want before the deadline :)

The clock here seems cut off. 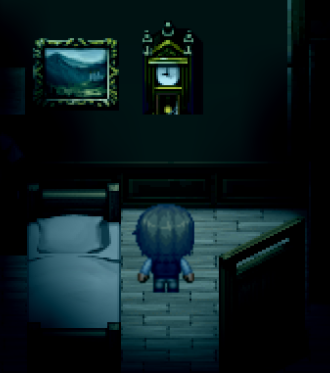 I'm not sure if this is intentional, but the flower pot is seen behind the drawer. 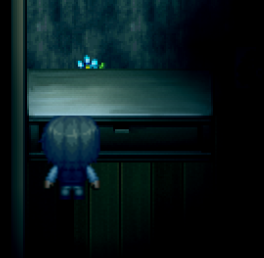 I have also found some bugs that you can address:

2. The two grannies spoke in a different language after talking to Karina. I'm not sure if it is intended as a sort of fantasy language where they're speaking in tongues in this part? Or could be a localization issue? XD 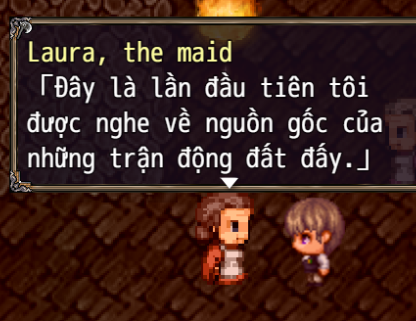 Either way! So far, I really enjoyed the spooky atmosphere! The world felt immersive and I was really on the edge of my seat thinking there might be booby traps anywhere or jumpscares lol. (Fortunately, I didn't encounter that many jumpscares so far.)

But yah! If you do, however, wish to give me a non spoilery advice on how to solve the puzzle with the statue and the lights, that would be cool! <3 Great job! :D

★ ★ ★ ★ ★
Hi Starmage, thank you very much for the detail feedback.
I am glad to hear that you liked it :) It is a great motivation for me.

I saw others stuck at that lighting correct stars too, i will try to redesign it
otherwise i think Hawk might stuck at that too :P But a hint to solve it is
that you have to refer to the stone dices.

All that you mentioned indeed was bugs :D thank you, i gotta fix those asap.
Though i am not sure how could you pass the little girl without her event
being triggered? I need to investigate this prob hmm

The dice is too vague of a clue honestly. I tried looking for combinations that can fit the dice clue but no luck at all.

Thank for your feedback, Berry. I will definitely fix that before end time of the jam :D