Ludum Dare 44 wrapped, and we have tons of new games

Gather around everyone, Ludum Dare 44 just wrapped up which means we have thoughts! The crew here have been busy checking the submissions for gems and we’ve been working on a collection that features some of our favorites. I went ahead and grabbed a few of our favorites to talk about in more depth here, but you can also check out all of the games from the event on the jam’s tag. Let’s dive in.

Cashiering is a hard, thankless, poorly-paid job. I did it for years and I can’t imagine anyone being excited to play a digitized version of this experience. Fortunately I gave the 7 Cents Deal a chance based on its art and I’m glad I did. In the 7 Cents universe everyone is a cat and they pay for things with their life force. This means that you’re making change quickly, but making sure not to mess it up or you’re paying out of your own pocket. If there was ever a better metaphor for retail work I’ve never seen it.

As I played the 7 Cents Deal I found myself flexing the same change-making muscles I used to get through college but with the added bonus of the games delightful music and cute cats. The 7 Cents Deal has a level of polish that’s impressive for such a quick development cycle and you should definitely check it out. 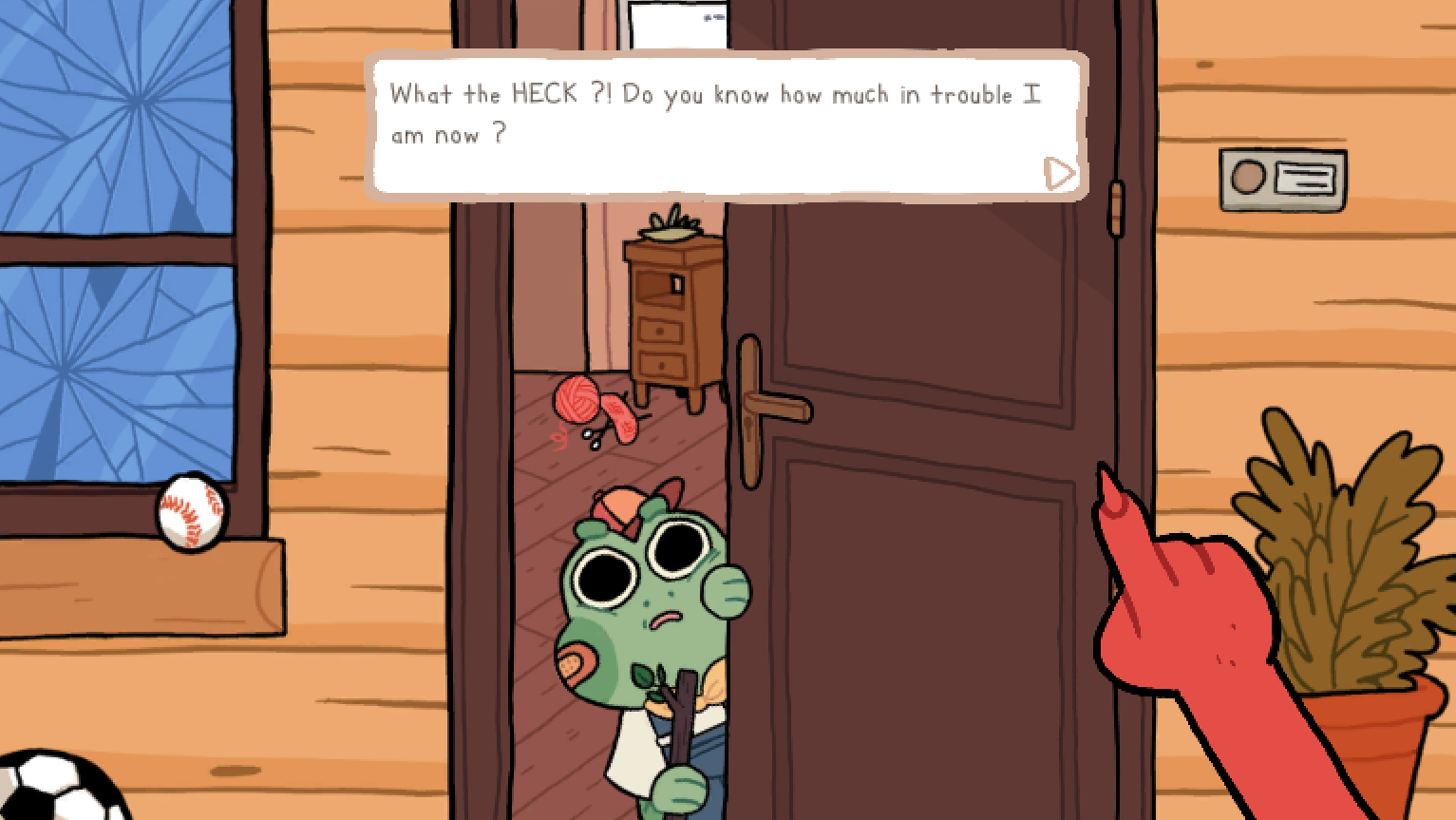 Sometimes games are just for fun. Other times games teach you about yourself in unexpected ways. Today I learned that I’d make an incredible door-to-door salesman thanks to Knok Knok Traveling Soulsman. As its title might suggest, you’re not selling dictionaries but customers’ wildest dreams at the expense of their souls. This leads to a fun but macabre tone that is mirrored in its art and writing.

Scooping up the souls of kids, the groggy, and greedy might sound like a lot to handle emotionally, but Knok Knok keeps things fun through its goofy writing and characters. This is what impressed me most about Knok Knok: despite being made in a pinch, everything feels well thought out and in service of the game’s core premise. If Ludum Dare 44 is anything like past Ludum Dares then we’ll see a handful of games go on to get full releases. I hope this is one of them.

I don’t know what it is about the Seadads team, but every time they release a game it’s right up my alley… my bowling alley. Have you ever wished the stakes in bowling were a little higher? Maybe bowling against the Grim Reaper?

Death alley takes this silly premise and rolls with it. The mechanics of rolling the ball down the lane is pretty standard --you’re trying to time a button press while a line moves into a square-- but everything around this core theme will charm you to death. There’s spooky music, the pins are disembodied arms, and the Grim Reaper is always on hand to judge you. It’s a simple game that drips with charm and is perfect for your lunch break.

Thanks so much for the mention Spencer  ฅ^•ﻌ•^ฅ

The itch app has made my Ludum Dare rating so much easier!

Hey thank you very much for the mention!

Awesome list, thanks. Death alley is just incredible, to be expected from Seadads 😍

If you haven't yet, be sure to try our humble entry 😊