Video game blogging at the end of the world (hello world!~)

When itch.io announced on Mastodon that they would support blogging, I nearly fell out of my chair. It's the good news I needed this week, considering the way social media has been burning down for game developers... since Twitter's 44 billion dollar acquisition. Ouch. So much money.

I'm sure I'm not the only one when I say that it's been rough scrambling to this, that, or the other platform... trying not to lose touch with the community.

I've been meaning to blog on itch.io for a long time, and was thinking of repurposing "devlogs" to be that. Hearing them announce this support officially... It genuinely feels like the "end to an era", but in a good way. I'm more hopeful now.

It's long been on my mind that the gamedev community's dependence on Twitter has not exactly been healthy. I've had nightmares about it. It has kept me awake at night, so I feel entitled to rant about it a little.
There's a dark side to our industry's social media... and I often wondered how, especially after the pandemic, all the outrage based discourse would change our social dynamics. With that I mean, nearly every week we have had "A Main Character" on Twitter. Someone that put out a take that might not have been popular, maybe a bit poorly informed, maybe a bit too much of a hot take about some niche aspect in games... and that person would get dunked on to hell and back. The level of response, in which everyone needed to weigh in with being the smartest voice in the room, often seemed like an undeserved fate for a line of text that someone may have just casually farted out.

I think, in many ways, this dynamic hurt a lot of people.

It is awful to be The Main Character on social media. Where something you said is picked apart, psychoanalyzed, and the instigator of many threads. It feels like you are some kind of human sacrifice to appease the opinion machine.
It often didn't mater if it was just a bad take about a video game, or a SA survivor begging for help. I know this because I was The Main Character more often than I cared to be. It can be a deeply alienating experience.
So, as good as Twitter has been when it was good, there is this side of our collective behavior that I have to wonder if it will ever be reconcile with.
We are a community. We should be lifting each other up. Not dunking at every opportunity we get because the algorithm rewards those that participate in the popular discourse (usually outrage).
As much as I believe that I needed Twitter to reach people, to stand a chance at being heard, and to fight for myself... I also have to wonder if that need was really true or if it's based on an unhealthy codependency to participate. 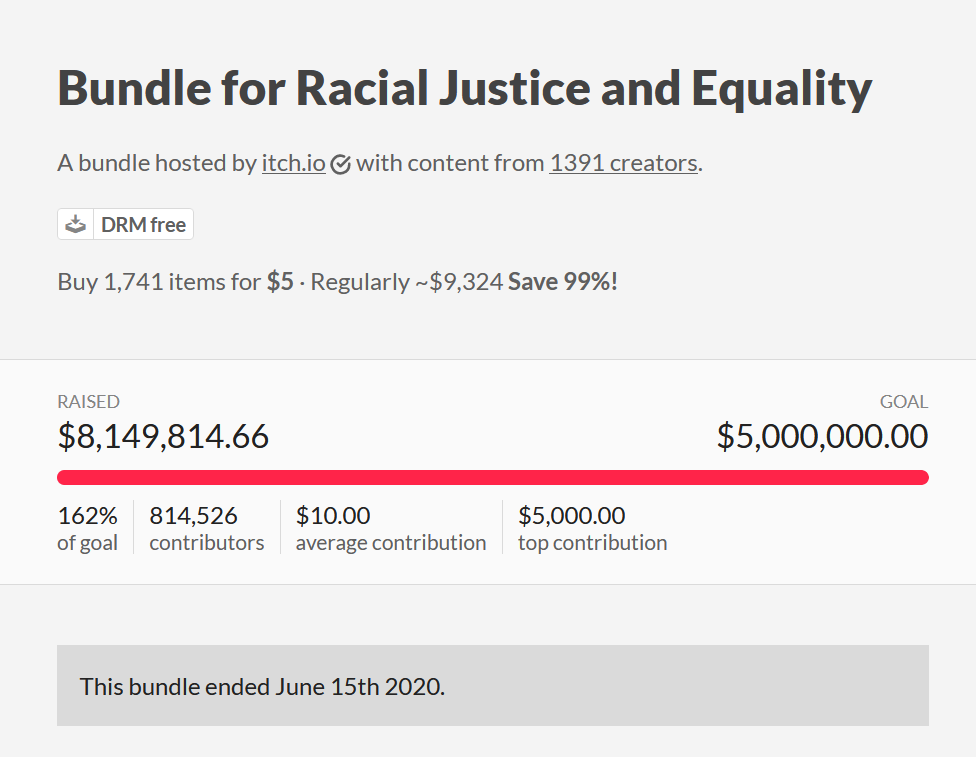 All that said, I am over the moon that itch.io exists and that they are putting in this ability to blog.
I have over 5k followers here and I really would love to use this to bring attention to other people's work.

I deeply believe that, as game developers, we need to lift each other up. This is the community I want to be part of. One where we help, give, and show up for each other.
During my time on Twitter, there had been a lot of discourse about why game journalists don't cover smaller games, or the supposed struggle with covering games that are more niche.
I think we (game devs) should start. We should help each other's games be known.
It is at the heart of what the better side of indie games is about.

One last point... before I go on to talking about some games I've loved recently...

Often, when there is that industry elitism directed at itch.io, critics will say that itch.io is just five dollars handed around. You probably heard the saying, but I think we should consider the many millions that itch.io was able to raise for charity because of our combined efforts. That's not an exaggeration. The Bundle for Racial Justice raised 8.1 million, and about 6 million for Ukraine... A casual google search shows an overwhelming amount of generosity for a number of charities.

This is us. It's our combined effort.

I mention this because blogging here opens the door for us to lift each other up too. To me, spaces like itch.io are more than just 5 dollars being handed around. We're given an opportunity to be better.
So maybe... whatever social network comes next... we can be there for one another.

Ok, that was a long introduction. I wanted to talk about some games that I've enjoyed lately! 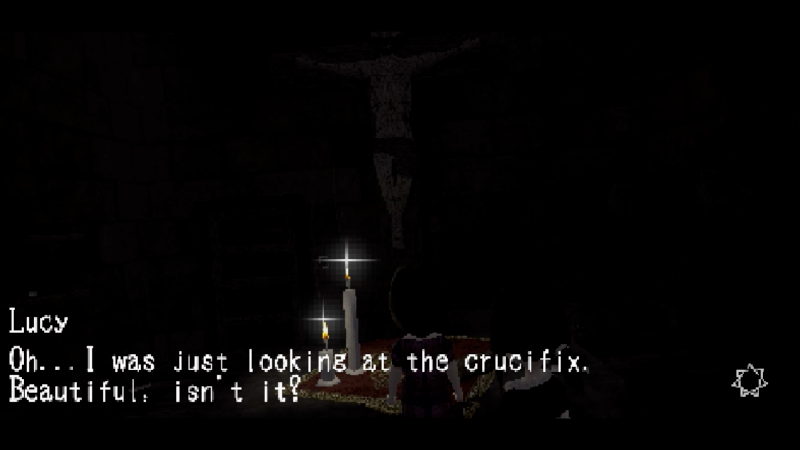 "Set in the fictional town of Lychgate in Wiltshire, England in the 1980s, a group of teenagers decide to spend overnight in an old and abandoned church. Betrayed by one of their own, they quickly succumb to the evil lurking within the church...Stygian is a short-story style horror game that  features low poly/resolution PS1 style graphics and utilises traditional tank controls and fixed camera angles."

Stygian is a beautiful PS1 style horror game. I have a soft spot for these. I think the PS1 horror aesthetic is one of the most intriguing design movements to come out of games. It fascinates me how certain styles, aesthetics, "nostalgias"... will stick while we happily forget others. Why does this brokenness, ranging from glitch to low-fi styles, seem to be the consistent thing that stays?
Why does it work so well with horror?
What about it makes it so unsettling?
I often think about the widely shared Brian Eno quote:

“Whatever you now find weird, ugly, uncomfortable and nasty about a new medium will surely become its signature. CD distortion, the jitteriness of digital video, the crap sound of 8-bit - all of these will be cherished and emulated as soon as they can be avoided. It’s the sound of failure: so much modern art is the sound of things going out of control, of a medium pushing to its limits and breaking apart. The distorted guitar sound is the sound of something too loud for the medium supposed to carry it. The blues singer with the cracked voice is the sound of an emotional cry too powerful for the throat that releases it. The excitement of grainy film, of bleached-out black and white, is the excitement of witnessing events too momentous for the medium assigned to record them.”

There is something profound about experiences that embrace this "brokenness" about our digital world - our virtual existence. Games like Stygian make me feel it.

"You are twenty years old, you are Afghan, you are running away from the Taliban, you want to reach your cousin in Germany.
250 km separate you from Italy and your asylum request: the last part of the Balkan route called - the game -."

The Game - The Balkan Route is a difficult game about a difficult thing. To me, it is something relatable with actual places that I know how to pronounce. It hits close to home.
It is an important piece of media to have put into the world because these stories are constantly forgotten. For this reason, I can't recommend it enough.

👉 Two Creatures and the Fence of Stone

I have grown to be a big fan of Kultisti's work. It occupies a dimension of its own. Every one of these games has this touch of haunted surrealism... existing somewhere else.

The care given to each is special. The writing is beautiful. The art has this unusual tone to it. Every one of them is thematically different.
It's the type of work that only this one creator could make for how unique they always are.
Two creatures and the fence of stone features a lot of writing, so it's much more poetic. Games can be about reading too! This one is lovely for that.
Kultisti has also created games that are more traditional, like the platformer Sulka.

Please check out everything on Kultisti's page. It's always inspiring! 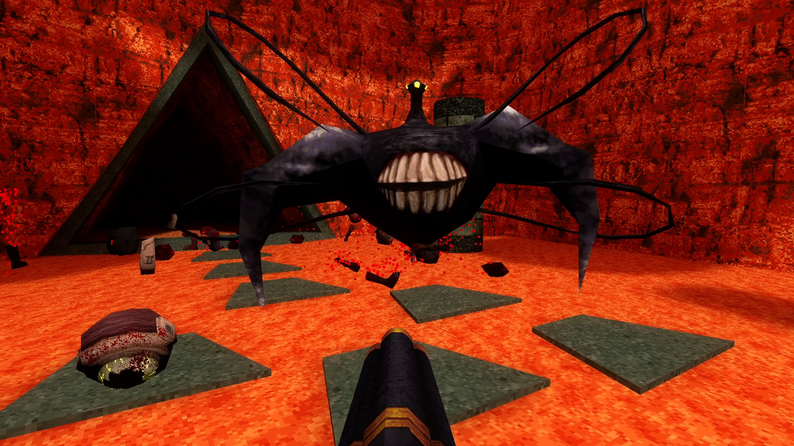 👉 THEY CAME FROM DIMENSION X

"THEY CAME FROM DIMENSION X is a sci-fi cosmic horror first person shooter where up can be down can be left can be right; where gravity is only as consistent as the ground your boots are stepping upon. Navigate labyrinthine research stations, strange alien planets and escheresque eldritch tombs that fold in upon and out of themselves while surviving your maddened colleagues, monstrous entities, and worse."

I remember playing Quake 2 for the first time and the feeling of being stranded in this awful hostile otherworld. Early FPS games still retain that feeling. It doesn't seem to have worn off through the decades.
I think it speaks to the relate-ability of what is now a "low-fi aesthetic" because it is inherently different. There is something consistently haunting about it that is hard to get from modern game's pursuit of realism.
THEY CAME FROM DIMENSION X reminds me of that. It's the type of FPS game that does justice to the classic genre, while taking things further.
It does this wacky stuff with gravity that makes it uniquely interesting to move through. It's a wild ride!

If you're a fan of classic Doom, Quake, Rise of the Triad, Blake Stone: Aliens of Gold... I can't recommend THEY CAME FROM DIMENSION X enough. It's perfect!

Note: If you are running a virus scanner like AVAST, the scanner may prevent the game from running properly or cause it to crash. I had to run as administrator. 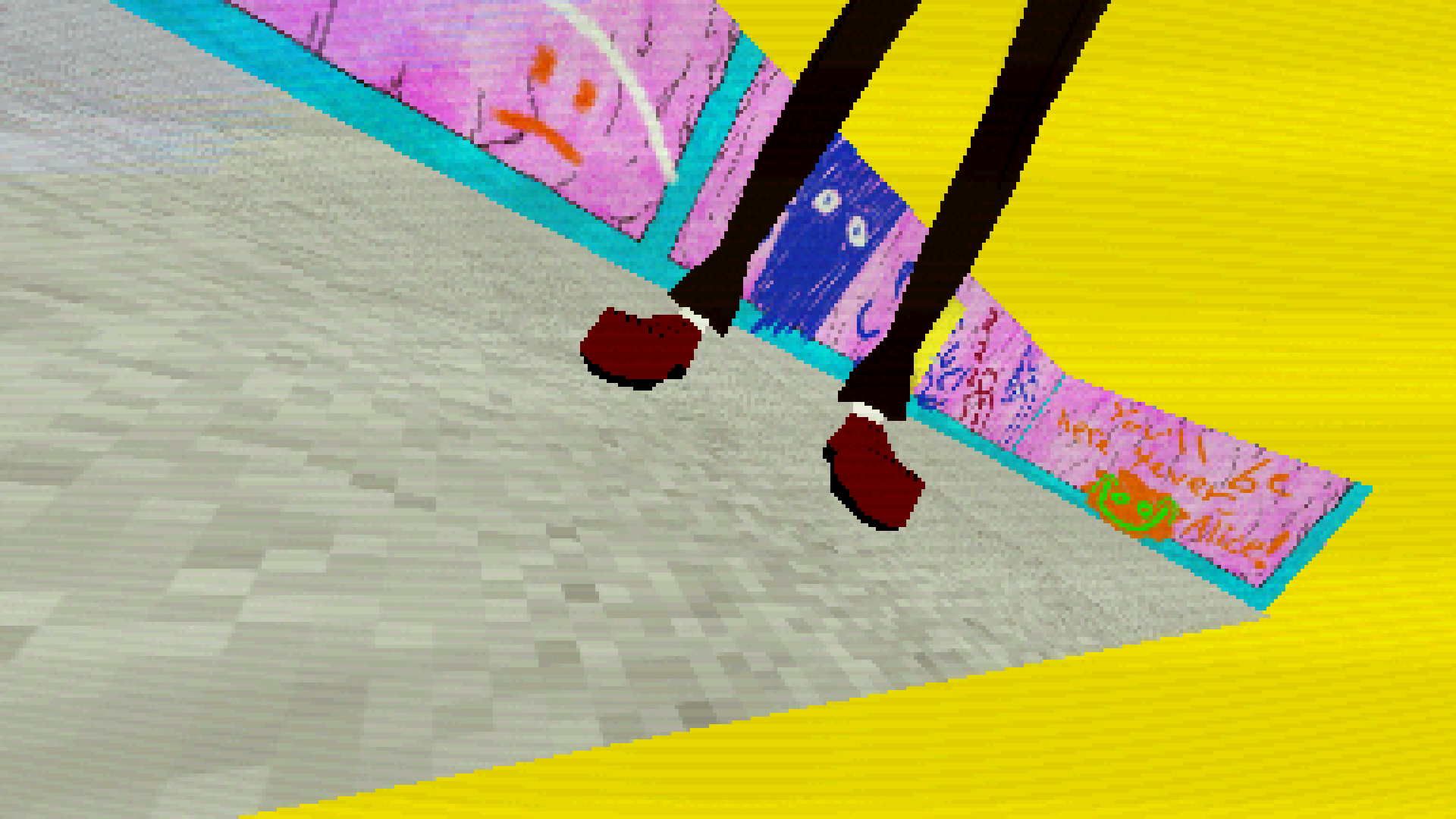 "Second-Person Analog Comedy Horror Mystery in which three crazy NPCs describe the bizarre actions of your crazier intruder. Pick the game apart until you've found all secrets wriggling within."

I wrote about The Lovely Estate on my blog in "Liminal Fever Dreams & Rejecting the Player (the surrealist, strange, upsetting otherworlds of video games)" and I'm recommending it again because I still think about it sometimes. If you haven't played it already, I urge you to check it out. It's the type of experience that will stay with you for how unique, unusual, unsettling... it is.
It captures the feeling I have when I look at backrooms on Instagram. It's haunting.

So yay! This is my first post blogging on itch.io... Other posts will be short-form recommendations. This is my big hello post!
If you like these games, and would like to see more recommendations, I have my own curated collection called "The Good Stuff".

This rules, and now I have even more games to check out! Thanks for highlighting them!

I always find your writing a delight to read, and you're reccomendations/thoughts here are fantastic. Looking forward to more from you and from others!

aaaa this is really happening
itch.io bloggin' here we come!!

This is wonderful! I love your articles and I'm very glad that we'll be able to read your recommendations here too, and with easily accessible links to each project. Thank you so much! You're awesome <3

I've already found a feature I like from itchio blogs. All mentioned itch pages are listed at the bottom!

I've been wondering for years why itch.io didn't implement this!
You are the first micro-blog I've read on here, and I am glad to have you carrying the light, driving back the darkness of the unknown.

Thanks for all the great recommendations!! I'm definitely gonna check these games out. This new blog feature on itch seems like it's gonna help people connect more.

you're the best and i love your contributions to these kinds of spaces!!!!!!!!!!

what flag is ur pfp?