Hey, give this new update a try. I've added a menu option to turn off an intensive effect on the campaign screen, which should let you run through the game.

Hi, I'd like to submit my game Metori for consideration:

I and everyone I know have gotten their payouts now, so I'm satisfied.

I don't want to kick my gift horse in the mouth (I know this is not the correct term), but I am really concerned by how long this took to be acknowledged, then fixed.  I and many others had to use multiple ways to contact itch before this ever came to anything, and I also find it strange that the support email (it must be overloaded) was never utilized, despite our emails.

I guess I'm fine with it, but it gives me steam vibes of being rejected, denied and never getting a clear message why. I still support the hell out of itchio and use it everyday with my friend group, but I really dont want itchio to become another platform that is only supporting the breadwinners at the top, and ignoring everyone else, as I've been doing just fine being ignored on steam and gog.

I don't know what I'm trying to say but like.. itch feels special , and I really feel like the time in which Itch could actually support indies directly and give that human touch has passed. And I'm kinda sad about that.

I was just doing some research after hearing that everyone in a popular bundle I was part of haven't been paid either, that's 25 creators that are still under review, and have been for 29 days.

Looking around further on the itchio forums strongly implies that itchio hasn't completed any payouts in 41 days as of today. I'm stressed.

Hey, just played the latest version, and I ran into a few issues

Game looks promising, but there's definitely a lot of issues. In general I'd like better movement or larger rooms, as with enemies also in the room it's really difficult to evade attacks and even harder to hit back.

HAHAHAHA, android. now it all makes sense. it's purely that your phone sucks

I've looked into this, and I'm planning to add a patch that should help with it.

The magenta screen most likely indicates that an effects shader(an overlay graphics effect) isn't supported on your computer. You might be able to have it work anyway by playing at different graphics quality? As for the options effect, I double checked and it should be visible.  It should look like this: 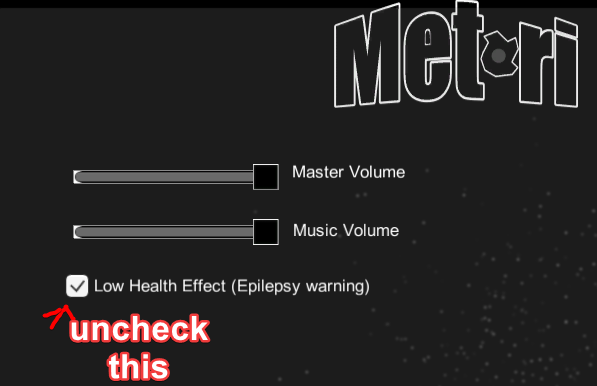 hahahaha, great video! Earned a sub from me

Seems I got a few more fixes to make, rip

Thanks for trying out bucket! Just had this idea and had to get it out of my head

Thanks! I should have a content patch in a week, but I've just deployed some bug fixes today!

Thanks for playing! I've left a comment on your video. Best of luck with your channel!

2/5 It looks very good, but I think it suffers a lot in properly directing the player to their goals

Thank you for playing! Let me know if you have any questions!

Reply
Utah Indie Game Jam 2020 community · Posted in Do I have to live in Utah to participate?
Fractured Mind148 days ago

I had a typo, my bad. I meant it should be fine if you're not in utah

Reply
Utah Indie Game Jam 2020 community · Posted in Do I have to live in Utah to participate?
Fractured Mind148 days ago (1 edit)

I believe it is okay if you don't, but I've sent this thread to the organizers just to be safe

Use this topic to tell people about your levels, and maybe even get featured for all players!

If you haven't seen it, here's the tutorial for the level editor that you can find in-game.

Hi! Today I'm releasing my RPG game, Flawk. It's similar to D&D, but is much simpler and serves as a broad framework for any type of roleplaying game. It's built to work really easy on Virtual Tabletops like Roll20, and even includes sheets to import to make playing a game very easy. 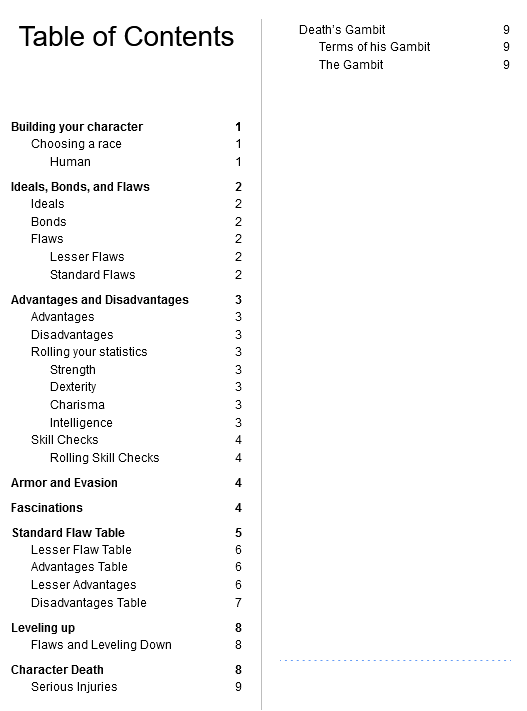 The name of this game is so clever. Like. Oh my god.

I've released today a small DND addon that helps make more heroic characters with their own background issues. It's simple, and easily locks into 5th edition.

This is only part of a system I've been making.

I highly enjoy this game. As far as simulation games go, there's nothing like it. Your units have a short life span, which means you can die out if you're not paying attention. Not gonna lie, this gave me a little anxiety about keeping population up, but I highly enjoyed the game

Thanks, I'm really glad you liked it!

This game is also available on steam, if you'd prefer that. You can find it in the "More Information" tab, or this link.

If you want to support me the most, use itch.io. Steam has a much worse cut.

I don't what I expected but I felt deeply restless in a way I can't explain.
I spent most of my visit feeling certain this fictional building would consume me whole, without a sound.

I found a cloth figure, I thought they were hunting me. They passed by without a glance.

In corners I hear whispers, in wide corridors I hear the beach.

I love this. I got the neutral ending with Elon.

This makes me happy

Please try running the game through Bootcamp or Wine (software you can google). This may allow you to play anyway.

Steelraven is a holy gift from the heavens, and has bestowed upon us another wonderful addictive game