If I recall correctly it is mentioned a few times that the master has control over Asterion in such a way that allows them to change his appearance at will. The purpose of this was to originally allow the master to better torture Asterion.

My question is, why couldn't MC have immediately and fully healed Asterion when MC first met him? Even without the wine, could the MC have simply willed it into existence as an extension of MC's desire to alter Asterion's form and body? We know that later MC can change Asterion's color to white, as that was his original fur color, wouldn't this be much the same, as removing limbs or something else, just in reverse? At some point the masters would have had to be able to will Asterion to 'normal' in order to switch to a new torture.

I'm just curious if I'm missing something or if this is just a small plot hole. Honestly, it's so minor it doesn't really matter, I just had to put this out there since it popped into my head earlier today.

I don't want to give any spoilers, but it is not possible to generate the special wine "at will." If Asterion is gravely injured, the wine will quickly and painlessly heal him and restore missing body parts.

There is a complete logic to the wine and how it works. Some of it can be understood by digging deeply here and there. There is no plot hole. It's working as intended.

Okay cool! I sort of assumed you (the Devs) all had it planned out (since you've been really great about details so far) but I just had to ask! :D

but I can get more wine, right? He said he used to keep a bottle in the infirmary if he ever got hurt. The game says it can’t be summoned under normal conditions which implies the gods aren’t explicitly needed to get more wine, but even if they are, Kota exists. If he lives, they can live.

Yes, in-universe it's possible to get more special wine.

Right now you can only get wine bottles as part of the main story, and the last bottle you get (for now) is in Chapter 12. We'll probably have more bottles later in the game. Even if Asterion is healed, he still enjoys it a lot and he used to drink it recreationally in special occasions.

that’s good to hear. Also, I read the wine’s entry in the files and saw that you guys added the line

Interesting how you’d write that. I know there’s no coincidences in this game. If it sounds important or related to something else, it probably is. So I’m guessing you already know what that would do, and I’m guessing it’s not pretty.

I believe Asterion mentions that if the MC were to drink it, he'd get incredibly sick. Wether this is true or he's just saying it to keep the MC from drinking it because of something worse, is unclear.

There has been a discussion like that on the forum before. Personally, i concluded the wine would have a substance like ichor (gods blood) that's poisonous to mortals. Seeing as Asterion is a demigod, he'd be safe.

No one's asked about adding extra parts?  He already looks good as is of course.

The gods probably didn't consider the option of having more parts to remove.  Yes? 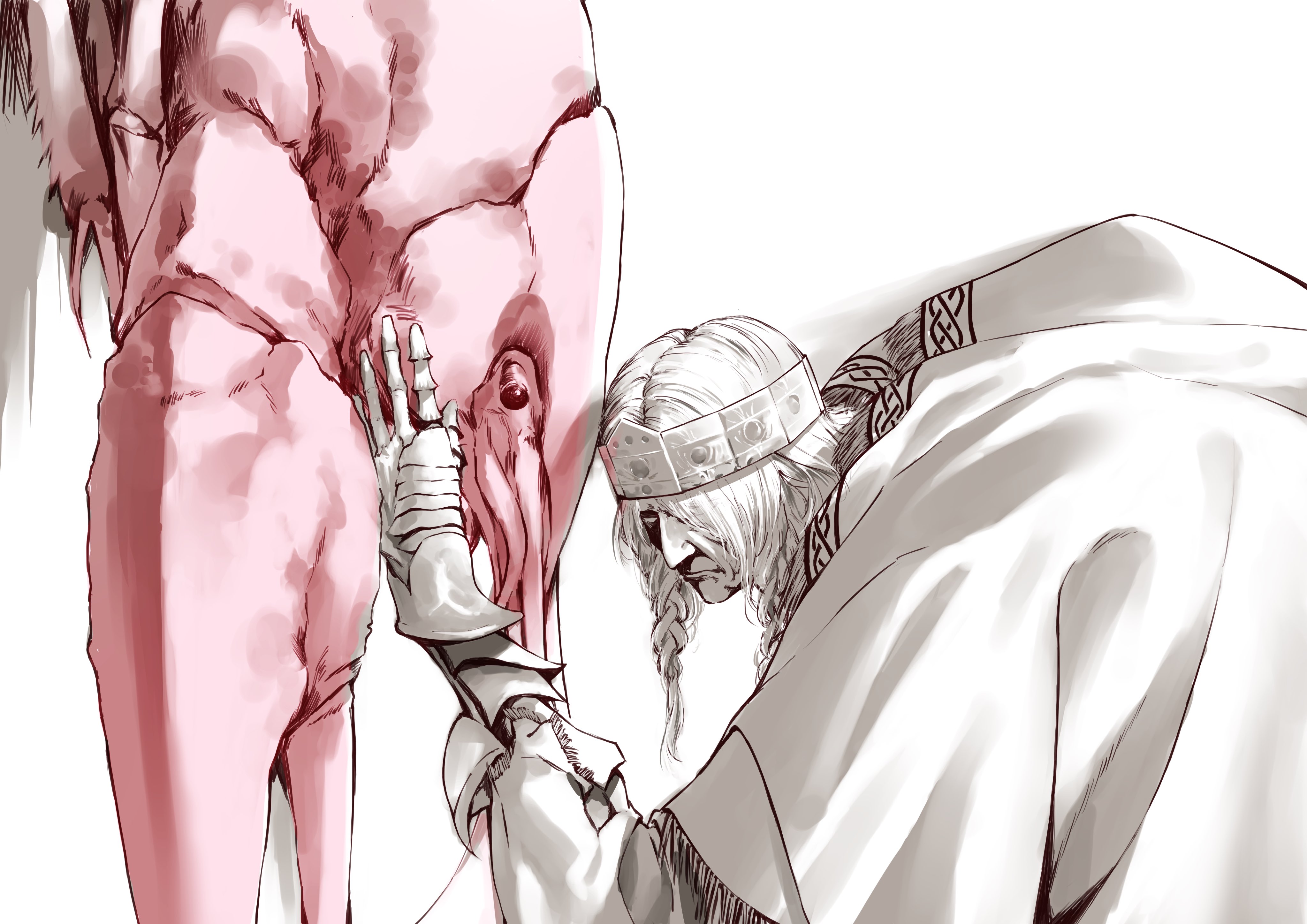 Are you asking about grafting parts on to Asterion? A teeny weeny bit of Asterion the Grafted?

This does makes me think of one theory, what if the master can only control Asterion's appearance but not his "being"? As in, you could give him wings but they couldn't be functional at all, merely aesthetic. In a sense this can also explain why the master can't just heal Asterion, since you'd be fixing his appearance but his "being" would remain damaged. I don't recall the exact wording of it, so I could be way off.

This makes sense to me, because I do remember being able to change his appearance, but it makes sense it doesn't go as far as actually altering his core being.