Thank you so much for the kind words! I'm always looking to create more impactful narrative experiences in the future.

Hey Noe, thanks for playing! Always glad to crank that game juice-o-meter to a nice, chunky level ^^

Hey! Thanks so much for playing. I totally get what you mean with the mechanical limits on combat, as it was meant to deter spamming but I can see that it'll get in the way sometimes. Thanks for your patience in retrying the game despite earlier difficulty!

The Flames that Follow Us is a brutal melee-combat game about overcoming impostor syndrome. Explore a distorted childhood home in a story-driven, surreal single-player experience about self-discovery. It features a single-player narrative which is around 45 minutes in length, a local multiplayer support for Deathmatch and King of the Hill.

Hey Baconation, thanks so much for playing! Really glad you enjoyed it.

The Flames that Follow Us is an upcoming brutal melee-combat game about overcoming impostor syndrome.

Explore a distorted childhood home in a story-driven, surreal single-player campaign about self-discovery. Also includes a local-multiplayer versus mode to pit your skills (and friendships) in Deathmatch and King of the Hill.

Head on over to ; https://vanandrew.itch.io/flames to grab it, fresh out of the oven.
Have fun! 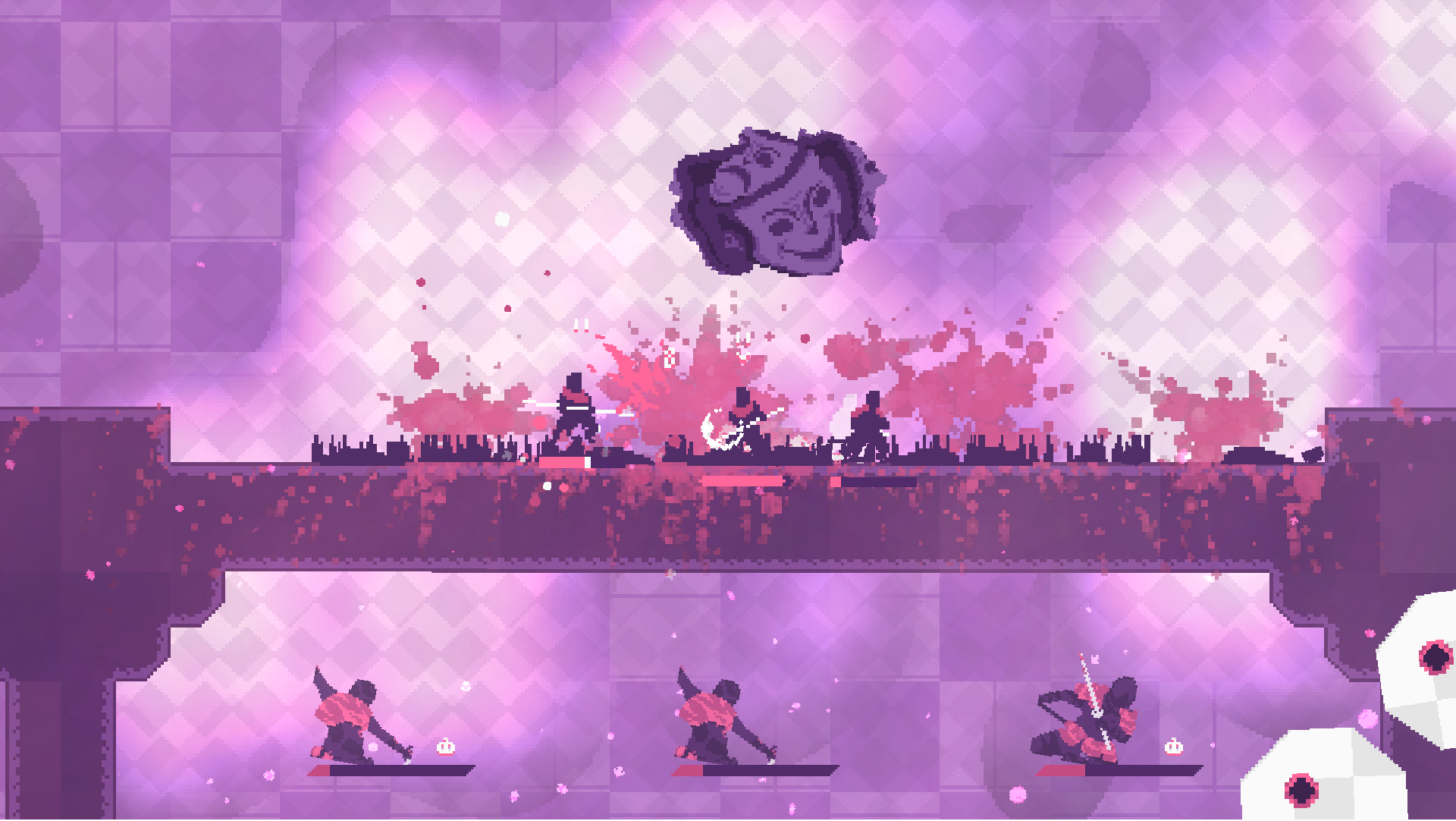 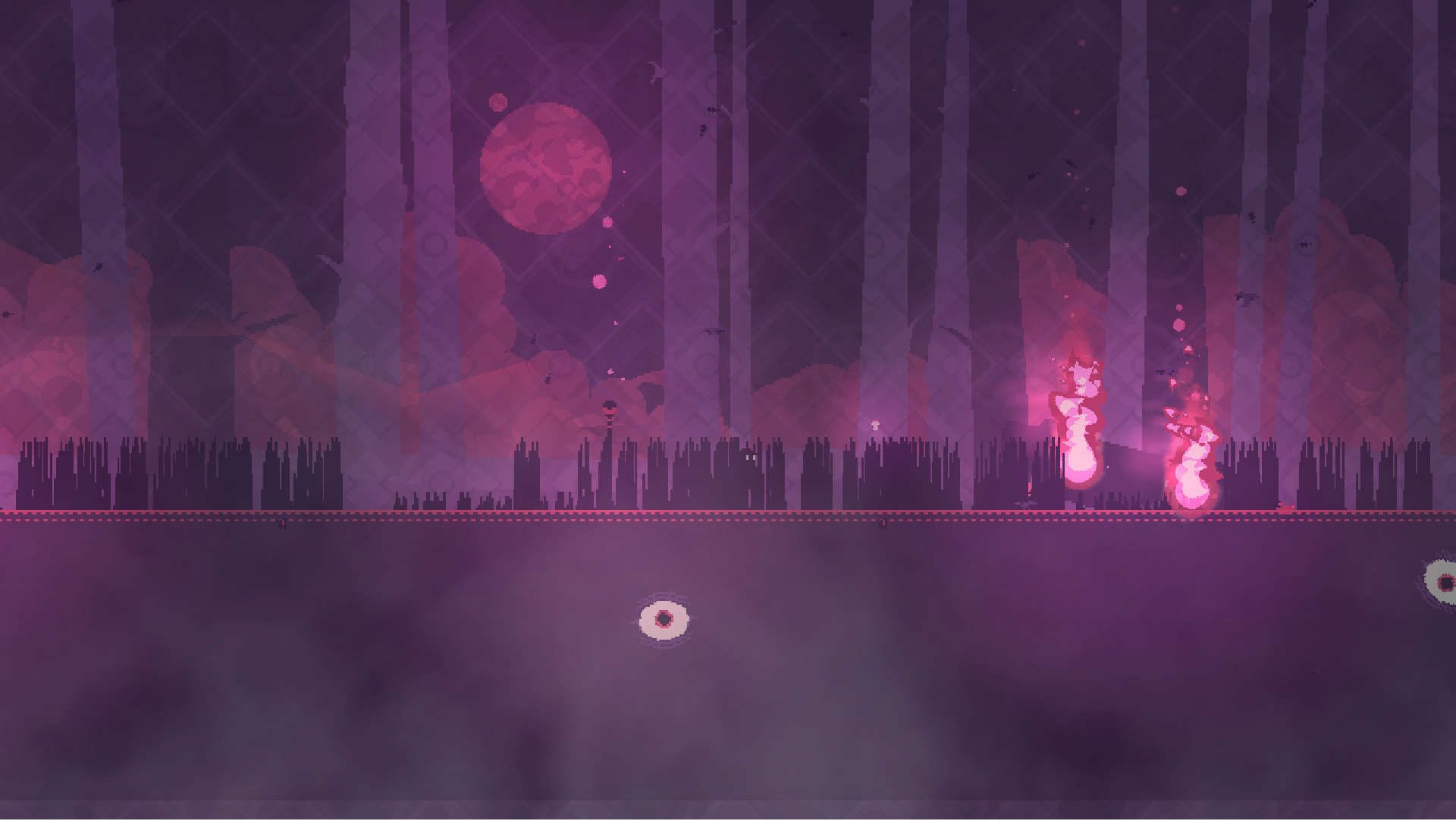 https://ink-machine.itch.io/the-sigil
Just saw this bundle and I'd love to participate. Thank you for your efforts!

Thanks! Would love to see what you build with it.

I just tried binding control keys to SPACE/SHIFT/CRTL, and I can confirm that it does not work. I'll be sure to fix it asap.
Thank you for bringing this bug to my attention!

Could I ask which keys you assigned? Did the controls menu just reassign the key to another random key or was it completely blank?

Hey, thank you so much for playing! I really enjoyed watching your playthrough!

The most I've done with stories in games is a wall of text explaining the backstory, so this time it's a bigger leap forwards :)

Again, thanks for playing! I'll make sure to incorporate your feedback during the next few steps of development until the final release!

I've reuploaded a new version if you are still interested in playing. I think there is a bug with framerates - the game plays past 60 fps on certain devices. The new version should lock it to 60 frames, although there is a debugging tool if you press 'F1' to check. :)

Thank you for your time and patience!

Hi Rylod,
Does the game have an error msg that prevents you from opening it?
There is a known issue of Windows Defender blocking the app, however, but you can click 'Run Anyway' to bypass it.

Hi Baconation!
I really appreciate you trying out my game.

Thank you for your feedback, it really helps me!

THE SIGIL is a story-driven melee combat game set within a child's imagination. Delve into his psyche and explore a past best left forgotten.

If you've enjoyed this demo, feel free to check out my other works too!

Hi BLV, The Brooding Horde supports LAN multiplayer, but for a full online connection you might have to look into software such as hamachi or portforwarding (though I haven't tested it properly before).

Originally a student project for a messenger clone, The Brooding Horde is transformed for the annual festive month of October 2019!

The Brooding Horde is a tense survival shooter.

You can get it here! 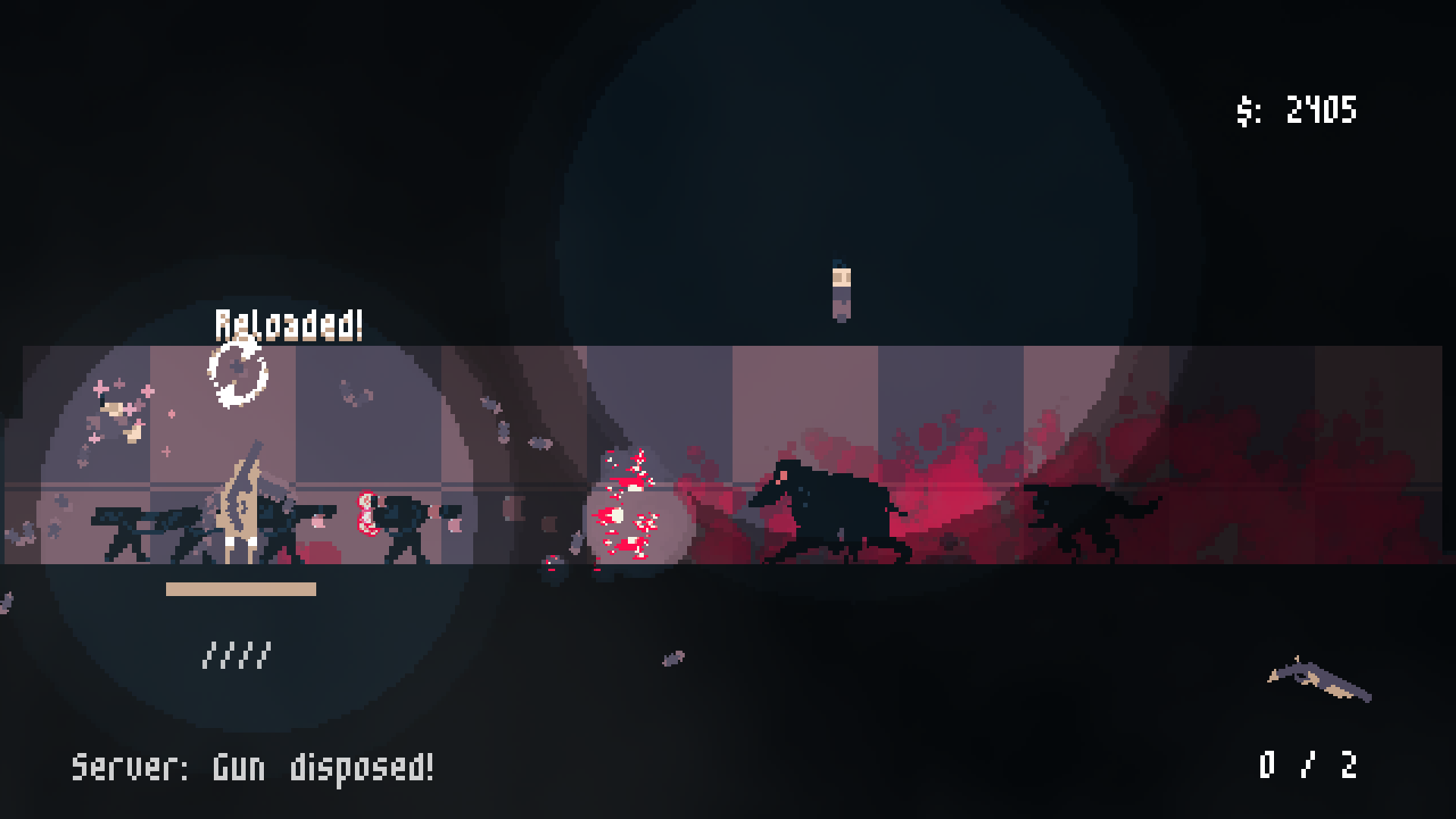 Hey! Thanks for your feedback. Unfortunately I can't make any changes as of the moment because Kadent is a competition entry and doing so would go against the rules. However, I would happily make the changes once the competition ends. Many players have mentioned the lack of feedback on the rhythm system and I can't adjust anything, yet. But thank you for your detailed feedback, it really helps me improve my games!

Killed my best friend, got arrested, spread the plague. What a day!

Really like the writing style, it's a shame that the protagonist is doomed.

I got up to stage 5 before dying. The variety of guns is nice, and the hit-effects and trail of bodies is satisfying. The intensity of the game was well-paced.

Sometimes the enemies would spawn on top of the player and I would take damage, and perhaps the player speed is a tad slow.

Would love to see how this project turns out!

We wanted to announce the release of Kadent, a turn-based rhythm shooter.

Dodge and weave through cascading bullets with fluid controls with a wide cast of move-sets and abilities.  Layers of progressive depth in simple movements give way for a fast paced combination of musical chess.

You can get it on itch.io; https://ink-machine.itch.io/kadent 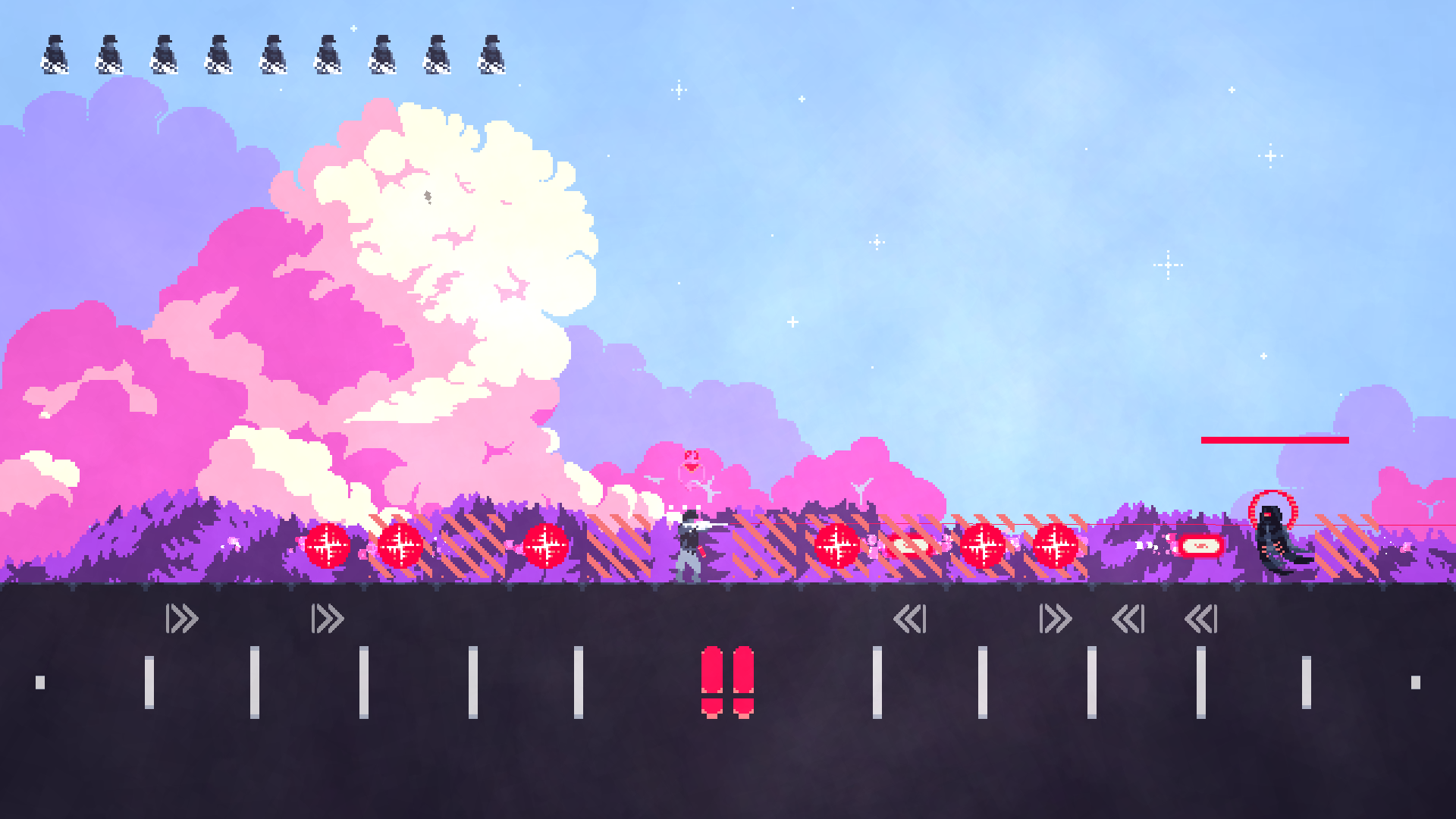 This game was made by three students for a competition entry. We would love to hear your thoughts on it.

State Licentia is a time-warping, side-scrolling adventure game exploring the aftermath of a war under a totalitarian rule.

Players are to uncover a mystery whilst on constant raids, exploring a decaying civilisation inside and outside of the city walls. Players can talk and negotiate with citizens of Licentia, as well as buying new equipment. Combat consists of side-scrolling shooting segments similar to Deadbolt.

Following the end of a war, the State of Licentia moves inside of its walls, leaving no man’s land rotting outside. The people produce the first biologically enhanced human - finding means to recover the lost land, where the forgotten gods lay in slumber.

I’ve never made a linear, narrative based game before, and want to challenge myself with creating a story as well as making a fun experience. This is my first major project, and I am on solo development using Game Maker Studio.

I plan to post every month where there has been enough progress to talk about.

This post highlights progress during the first few weeks of development. 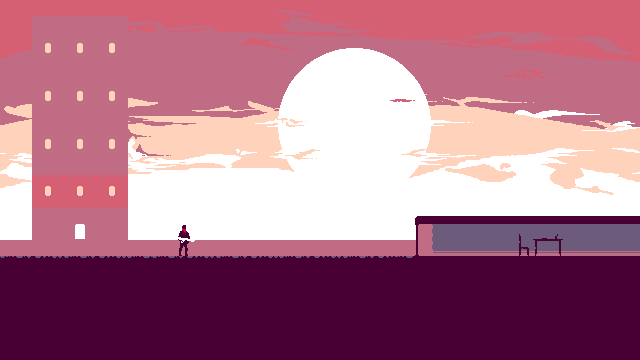 This was a mockup, and I ran with the colour palette. A few days later I had basic combat working;

Combat was very heavily timed with you taking cover and returning fire. The player could take cover and roll, and from that I decided to make the enemies do that as well.

Enemies will run to nearby cover.

So far enemies will take nearby cover when alerted, and can reload and return fire, just like the player. I’ve never done any complex AI trees so it would be a challenge for me to add smarter and seemingly organic enemies.

You can also use a melee attack on enemies, which is quite useful for enemies that keep sticking behind cover. I might implement some enemies that can only be defeated using melee hits.

I plan to finish the basic combat mechanics before moving on to building the story and game world.
Besides the combat segments I’ve worked on the bare bones ‘exploration’ segments; 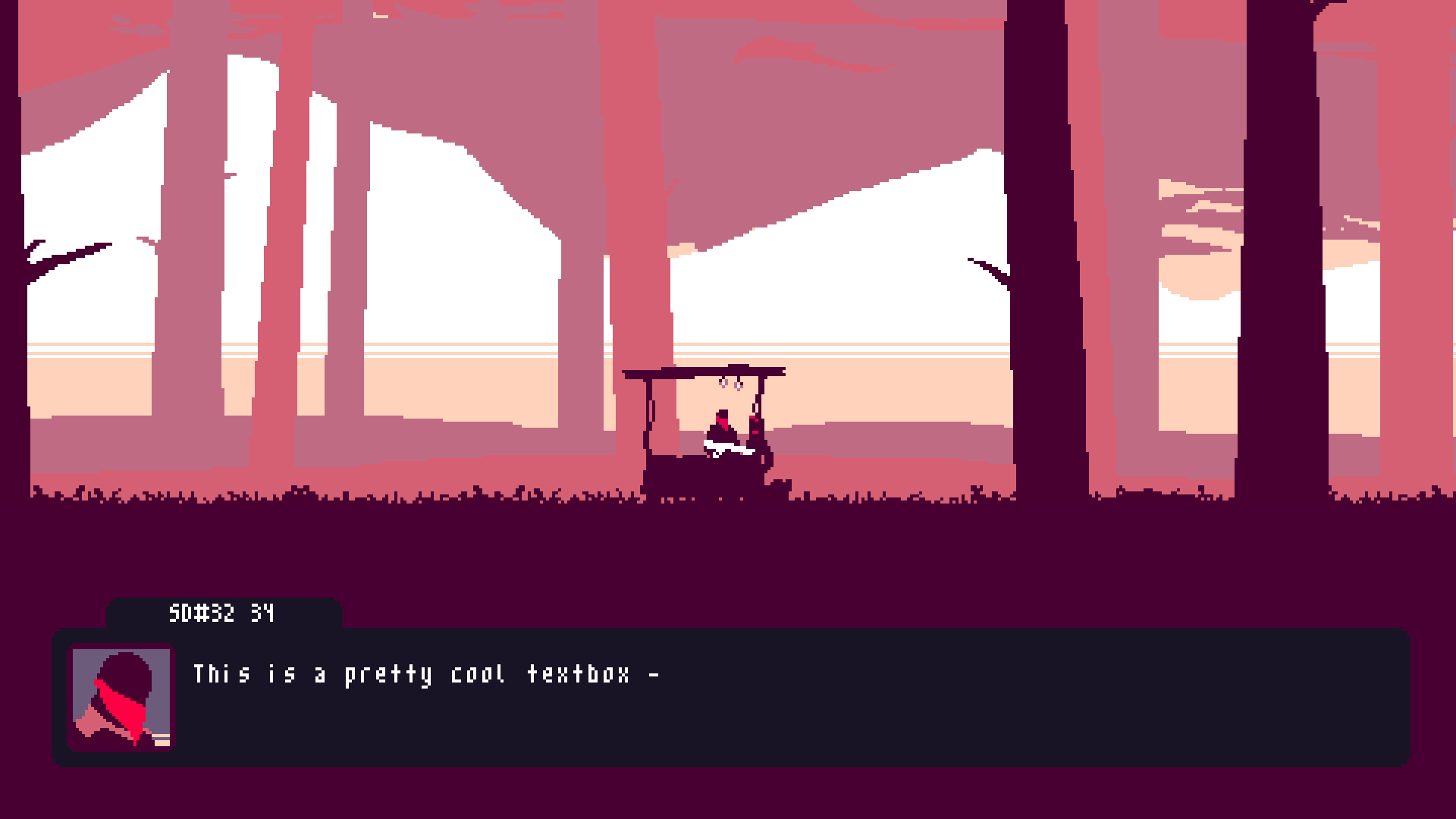 Text-boxes! (yay)
I plan to divide the game up into separate segments were the player can talk to and explore the area. Various Npcs can act as merchants, or give clues. The text-boxes now are pretty standard, although I plan to add some text effects to make reading a bit less mind-numbing.

That's it for now, keep an eye on this thread for future updates. See you next month!

Hey, great video! Thank you for playing my game - I'll try and implement your feedback into a future update , 'r' to restart was probably not a good idea, haha.

Survive waves of enemies and fearsome bosses in an bullet hell / top down shooter with a multitude of items and setups to equip.

If you have any comments, or you are experiencing any bugs, please post them here. Thanks!