Auto Fire community · Created a new topic You should charge for this game.
TokyoDan5 days ago

You should charge for this game. It is too good to be free.

I see this game on Steam too. Abe both versions the same and updated at thhe same time?

One more question. If the tracks are randomly generated, how can there be ghost cars like the developer's ghost and my best time ghost to compete against? How could there be a lap history on a newly generated track?

Dose this game have a mini-map?

Haha. Boy. I can tell how you spend your time. Forum spats seem really important to you. hahah. I didn't even spend time reading your comment. I am outta here.

No loss. I got my fill with the demo. I usually don't play games past the first few levels anyway.  BTY. How old are you? Are you a native English speaker? I ask because your statement doesn't make much sense.

It's just that I can't bring myself to pay for something that was half just 24 hours ago. And not a loss because I got a couple hundred games on Steam that I have yet to play. So actually it is good because it keeps me from buying yet another game I may never get around to playing. I splurge.  That's the opposite of cheap which is worse.

Damn! Was going to pull the trigger on this game today. For $10.00. Had no idea today would be the day it jumped way up in price to almost twice the previous price. Now I can never get it.

How can you tell the difference between the free demo and the paid version? 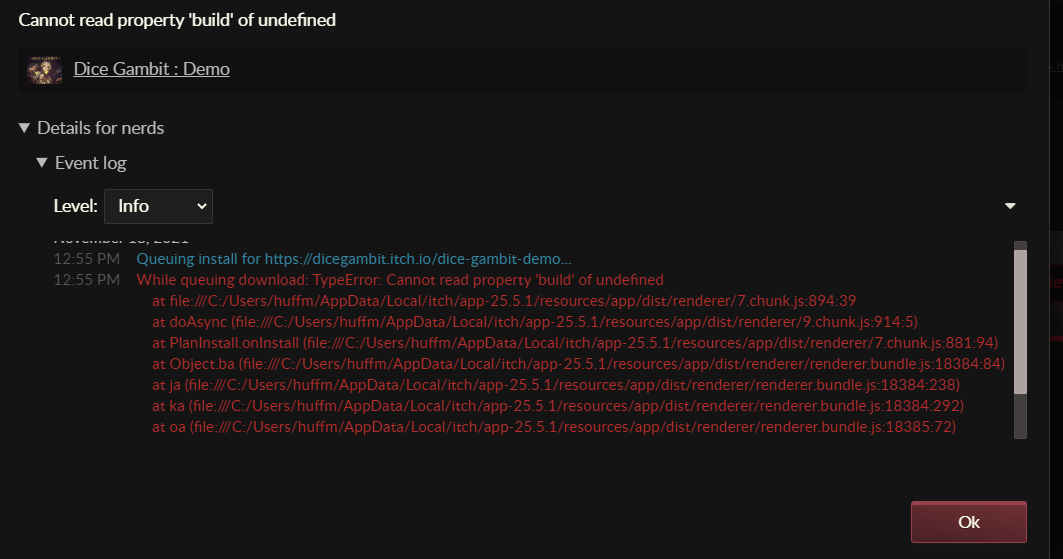 I had the previous version installed and I tried installing the latest version. But I get the following error

Is there a tutorial or manual?

There is no sound at all. Is this because it's a demo?

Ha. That was  years ago.

Does this game have AI drivers for single player mode?

In every case after buying a game and I find that there is no way to turn off edge scrolling I get a refund.  I saw no setting for turning off edge scrolling. I dislike, no, I hate edge scrolling because when you are whipping the mouse cursor across the screen to select some icon that is also along the screen edges you inadvertently end up scrolling the map away from the viewpoint that you most likely wanted to keep.  Yes I could be carefull and like an old grandmother slowly and carefully move my mouse cursor towards the screen edges to select the desired icon, but that never happens in the heat of battle.

I found this game on Steam, but the discussions section has many questions and comments but no answers nor feedback from the developers.
So I came here hoping things would be different and to find me info about the state of this game.

So I apologize to the developer again. The game is not too darkand it is very professionally done in the gameplay and pixel art. But I would like a bit more contrast between the units and the background.

One thing I would like to see added is an option to turn off mouse pointer edge scroll. The WASD keys are enough.

I deleted my original post because it was inaccurate and misleading for anybody interested in this good game.

You are right And I apologize to the developer.

I was in a bad mood yesterday and obvious design flaws just really tick me off. But that is no excuse. I was being an ass.

I can forgive a dark game because some players like such an atmosphere...that is a design decision,  But when it is a web page or something that is meant to be read but hard on the eyes...that is somthing that really gets my goat.

But the game does look very interesting in spite of it being, in my opinion, a little to dark. I tried to download it (It won't download for some reason) to give it a try and see that maybe, when it is actually being played, that it is not too dark, Then I can apologize to the developer and let people know that my initial opinion was wrong.

Reply
Urtuk: The Desolation community » Urtuk Forum » General discussion · Created a new topic I would buy this game is it was not almost impossible to...
TokyoDan2 years ago

distinguish the units from the cluttered environment tiles.

Now that this game is on Steam, will it continualy be updated on itch.io?

What does the Mighty Dragon in the itch.io ONLY version do other than accompany the player?

Reply
Auto Fire community · Replied to Vertigames in You are really working hard on ths excellent game. How can we give you some money?
TokyoDan2 years ago

I just tried again and it still doesn't work.

Reply
Auto Fire community · Replied to Vertigames in You are really working hard on ths excellent game. How can we give you some money?
TokyoDan2 years ago

Hello,
Something must be wrong with your ability to receive PayPal payments. I tried 4 times to send you some cash but each time PayPal tells me the payment was unsuccessful. So I go to my PayPal account to see the details and it shows that each time I paid, it was immediately refunded by you. Now I know my PayPal account is OK because just yesterday I successfully bought some vitamins at iHerb.com.

Reply
Auto Fire community · Created a new topic You are really working hard on ths excellent game. How can we give you some money?
TokyoDan2 years ago

Please setup a paypal account, or start asking for "Pay what You Want" here on twitch like many other devs do.

i try to install and get "No compatible uploads were found for this title".

My keyboard doesn't have a keypad. Only the arrow keys work. About about enabling  WASD keys?

Reply
GumBall Rally community · Created a new topic How do I control my car?
TokyoDan3 years ago

I tried keyboard, mouse, and XBox One controller. Nothing worked and there was no way to exit the game. I had to use Windows Task manager to kill it.

The old version ran fine but it told me to update because that version was no longer supported. I am running MacOS High Sierra.

Strange thing is that the installer file was named "install-itch-darwin-amd64.zip". WTF! This alone makes me wonder as Macs do not use AMD cpus. They use Intel.

I keep seeing a headed telling me to download andupdate to the newer version. I did that but nothing seems to have changed. How do I know what version of the itch.io client I am running?

Hi. I have been watching this game for a long while now but I don't want to buy it...like it...and then possibly have everything I like about the game be changed. So how far along is this game in being what it will end up being? In other words...will there be a lot of major gameplay changes in the future?

Hmmm. It is weird how the download files section doesn't appear in the itch.io Mac and Windows clients. But it does appear when https://chaosdev.itch.io/rogue-river is opened directly in Safari and Internet Explorer.

Hi. I am TokyoDan and seven months ago on the reddit rogue thread I asked about the name of this game that I heard on the Roguelike Radio podcast. You answered my question but I never got an email notification and I just found your reply today (I don't use reddit that much).

I will give your game a try. It looks realy interesting!

Hi, Which of the above is the most lively?

I made a public community on Steam. Please join. Anyone want to be an admin and help set it up?