NO DICE: A Diceless Tabletop RPG Jam community · Posted in Can we use premade assets?
Sylver1 year ago

Cool I meant textures and sound effects. I should have expressed myself more clearly my bad.

Reply
NO DICE: A Diceless Tabletop RPG Jam community · Created a new topic Can we use premade assets?
Sylver1 year ago

Can we use premade stuff of any kind or need to do everything from scratch?

Very neat concept. Movement is very interesting. The camera is a bit weird.

Thank you. Glad you had fun.

Very unique and well made. Congrats.

Thank you for the kind words.

The dialogue originally was supposed to be more in dept,  like have a few more extra endings in addition to the 2 I ended up going with. There would be a hidden modifier that tracked your responses kind of like those online quizzes and it would effect what dialogue you would get at the end.

I ended up starting to do that, then scrapping it, cause I was worried i was gonna run out of time.

The reflections are unique cause of Smooth shading in Blender, I just slightly upped the light energy after  importing. Although I've also played around with light color settings, I ended up going back to default on that front.

Yeah, considering what is really going on with the player character weird was what I was going for.

Thank you for playing, glad it provided some fun :D

Here is a very short showcase.  A proper overview video will come soonish with expansion plans and future ideas. For now  here is this:

What do you mean?Which version did you try 32 bit or 64 bit. The game works fine for me on my 64bit.

I am gonna release an overview video. Are you sure you didn't download the linux version by mistake.

Thanks for the encouragement.

Thank you for your input, and for trying it out.

Yeah it was down to the wire.  The original idea was that you would need to kill the blobs to advance that's why you can't move when you meet them , the enter for immortality thing was a mechanic which was for testing purposes, but I failed to coorect the collision values in time, which makes you unable to damage the blobs by clicking on them.

Some doors are locked as originally  I was going to add a key mechanic but ran out of time.

As for acting weird I think I know which door you mean. I had to swap out that doors animation for a different one at the last minute since  the opening trigger got triggered by the door itself during it's animation. It's fine for the most part , but if your timing is off and you don't move backward enough the animation can get reset before it's finished. If that were to happen move a bit more to the back and wait a bit for now. I'll see what I can do about it later, there are lots of things that still need to be added to the game,  so I can't make any promises on which update will adress that animation, but I plan to release a lot of updates for this one.

It is  a good game. The only thing I found jarring was the camera. Maybe I missed it, but there isn't seem to be any way to rotate the camera.

The idea is creative, and has a nice puzzle aspect with the transformation in to bats.

The best one so far. The animations are great, dialogue is decent.

Honestly the only bad thing about this game is that it's short.

I'm sure whenever the expanded version comes ot, it'll  be a huge success.

A fun little game. Kind of wish for a way to go singleplayer.

Movement was great and fluid.

The art style is nice and unique, although i did have trouble in the options realizing how to navigate as it's a bit cramed.

Thanks for checking it out. Yeah I need to modify the code to detect collisions better, they are supposed to disappear when they collide with more than one object. Sorry about that.

I'm happy that it provided you with a fun experience overall.

Can I use this in a game I'm making for a jam?

When I run it is says can't find the Data file error, needs to be next to the exe.

Ball League is fun 2D football/soccer inspired game, the goal is to reach level4, has a unique difficulty setting  "Defensive Rock"that if you let 1 goal in the game resets it's unlocks to level 1.

I am hoping to provide some fun.  There are a variety of stages for example 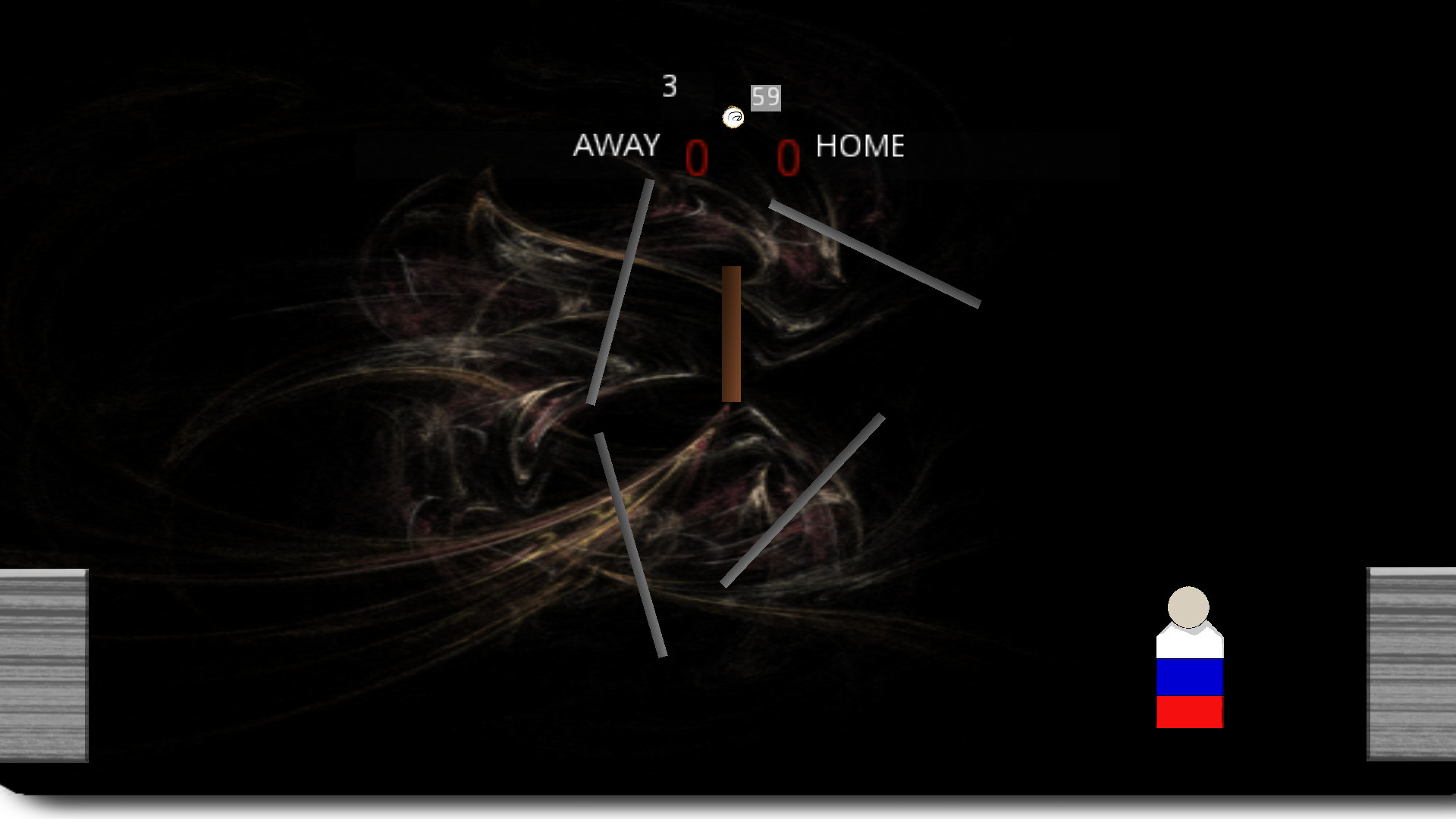 You can also head and shoot. There are more features in the plan for this one.

Pleas give me some feedback, so I can evaluate myself :D.

Have a nice day, thank you for your time.

I am looking for players to test this game with. You can check out the game here: https://sylver.itch.io/titans

Let me know if you would prefer to use roll20 for maps and rolls or would you prefer to just use the stream itself: https://www.twitch.tv/zerbotus I can also make an app for dicerolling should you need it. Alternatively if you have other ideas let me know. Currently other than the docs I made a basic diceroller as a supplement,

There is no rush. Games would only begin whenever sufficient people are in the group that means about 3 to 4. Ideally people with timezones between GMT-GMT+3 would be preferred, That being said all are welcome as long as we can agree at a good time to play.

Games will be streamed and/or recorded. I am still working out the details. Feedback is apreciated.

If you have ideas or questions let me know.

I have laid the foundations for a custom roleplaying game that you can find here:

Let me know if you would prefer to use roll20 for maps and rolls or would you prefer to just use the stream itself: https://www.twitch.tv/zerbotus I can also make an app for dicerolling should you need it. Alternatively if you have other ideas let me know.

There is no rush. Games would only begin this weekend and depending on what people would like it can be moved. Ideally people with timezones between GMT-GMT+3 would be preferred, but all are welcome as long as we can agree on a time that works for everyone.

Games will be streamed and/or recorded. I am still working out the details. Feedback is apreciated.