This exact project is not crashing for me at all. Could you post a thread in the official Defold forums with it so others can test / ensure this version you uploaded exactly is crashing? I tested on Win10 too. 1.2.185

Ok, could you upload your modified project somewhere so people can help with the crash?

We plan on adding more meta content to this game time, but it's just not a game set in the FaeVerse so that's understandable. There will be more FS/FaeVerse games in the future!

Big Klondike is a version of klondike solitaire (what used to be shipped with Windows). This game was made with the Defold game engine! 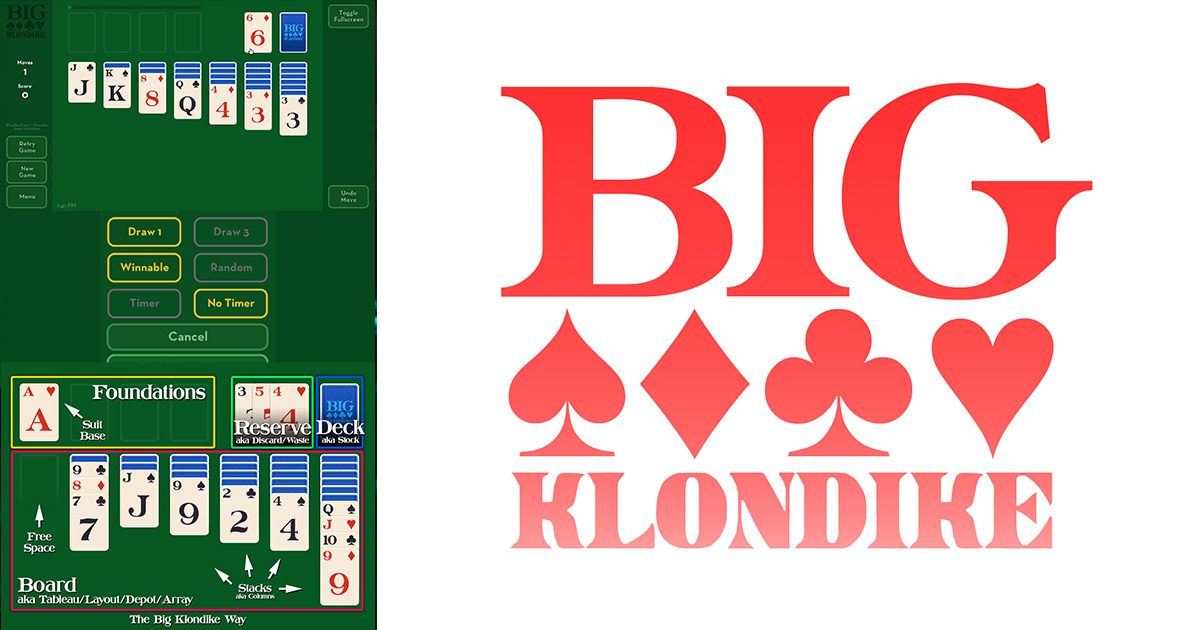 It's free to download. If you pay you can get your name added in game, but paying is optional.

On sale for 25% off during its release week!

Transmute magical elements to combine them into rarified forms. Faerie Alchemy is a more than a match-3 puzzle game. It is simple to understand with deep complexity to master as you aim for higher heights of elements and score. 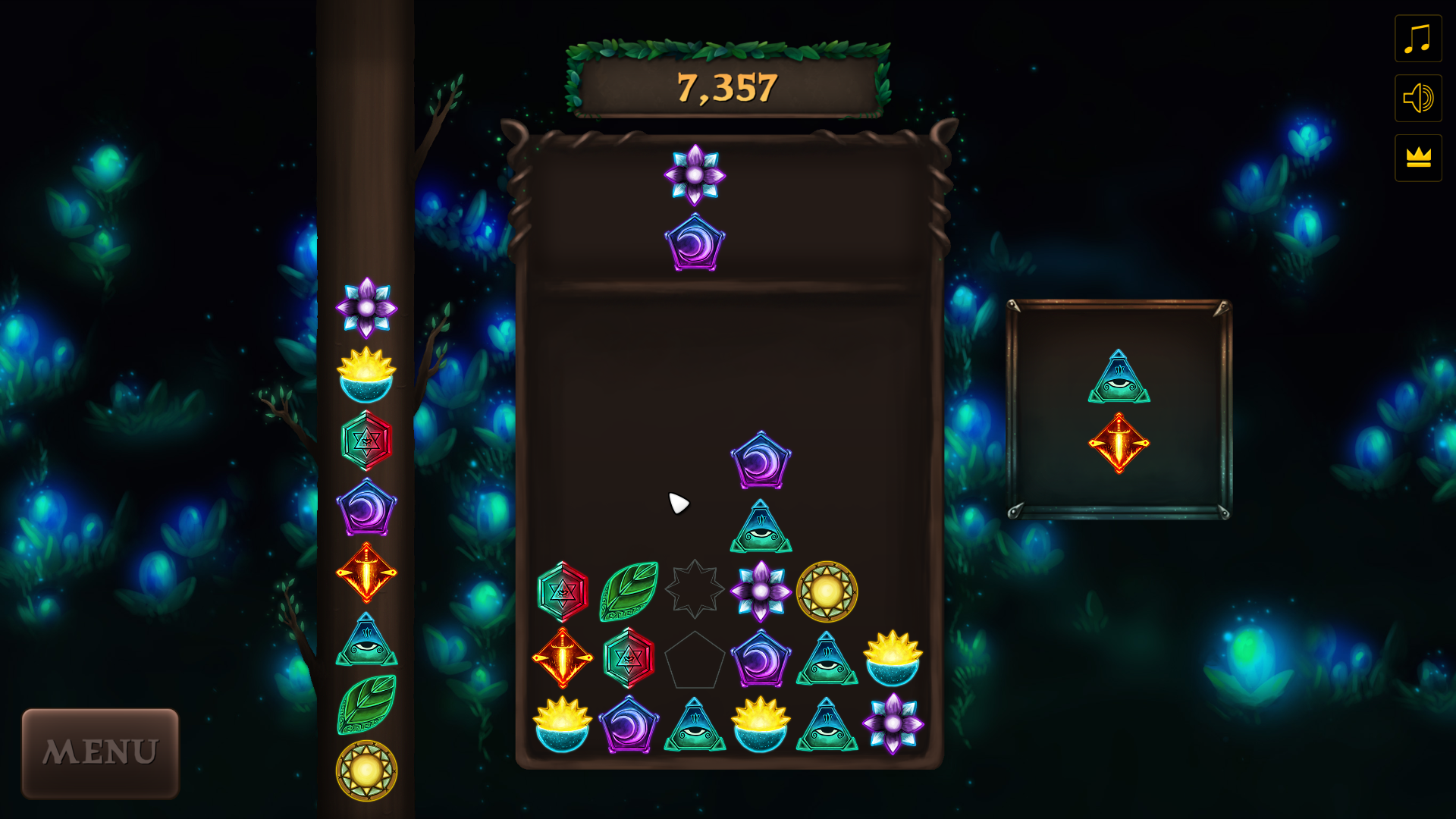 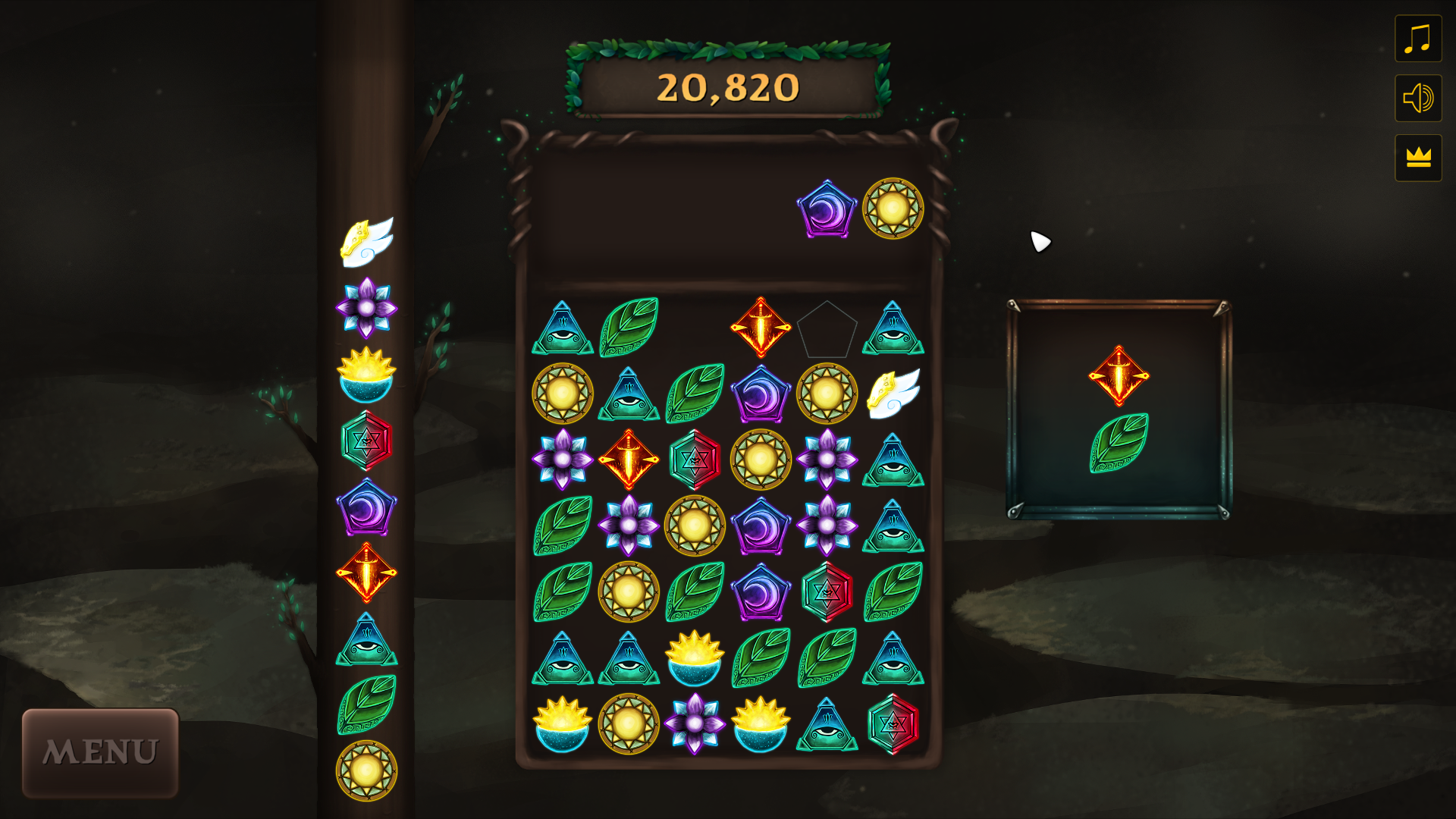 * Mouse click to drop pieces only works when hovering the game board with the mouse cursor.

* Likewise gamepad drop with the right button only works with the virtual cursor hovering the game board unless it's the down button on the d-pad.

If you have already purchased you can download the latest version from the link sent to you in your e-mail. Search for "Faerie Alchemy" or "itch.io" to find it.

If you have a bug report  for a specific version you can post about it here:  https://itch.io/t/1437572/bug-reports

Please post any bugs you notice in this thread along with the version number shown on the pause menu.

Thank you for playing! ✨

I checked the iframe version directly as well as your deployed version and the Coil extension isn't paying to the pointer on either of them. That is strange, can you check on Uphold to make sure the pointer is correct?

Glad to see your submission! I hope you continue with this project further after the jam!

You should include the input key options for playing on the text of the game's description on its page as well.

Is there a way to put it into a global place? The payment pointer only needs to be set once most likely. Usually in the HTML itself.

Which browser? Firefox? Probably nothing to worry about since the extension is handling payments.

Good luck! Follow through and finish! Do your best! Don't give up!

You're not going to be using this to get rich, there are not enough people who have WM enabled currently enabled to even make this a viable possibility. So the financial aspect of it shouldn't even be a concern to you or really anyone else, it's a toy to play with right now. If you think it's a cool developing technology then use it, if all you see is a tip jar while disregarding everything else about it and not understanding why it's useful beyond other existing "tip jar" services then you're free to ignore it or call it whatever you want.

There's a bit more to it

Reply
The Web Monetization Challenge 2020 community · Posted in How to get the payment pointer on uphold?
Subsoap2 years ago

On the right UI click "from" and then click "interledger network" below other networks. You will then be shown your interledger payment pointer. Looks similar to

I'm not affiliated with the people running this so I can only comment as another user.

There's nothing in the official rules about adult content but adult content also is not one of the ways which improve the chance of your game to win. The questions you need to answer with your game are: is it fun? does it integrate web monetization interledger tech well? does the game fit the "secret" theme well?

You should use common sense in terms of content and keep it generally safe for work since the reviewers are all professional people who are volunteering their time to judge the games. I think not including anything Apple or Google would block your game for if you published on their stores would be a safe bar to stay above.

Since you must post on itch you need to follow their rules which allow anything that is not illegal. However if you want to monetize it you have to follow the rules of the payment providers.

Coil also has a list of restricted businesses,  as they use Stripe for payments which has that same list. One on the list does prohibit certain types of adult content, but it wouldn't prohibit selling a game like Grand Theft Auto since even if it often has a strip bar and other adult content inside of it it's only a small element of the whole game.

Something else there is also important "encouraging users to idle to reach a specific amount paid" as people may be tempted to make a game which rewards idle time playing (you could still reward something a daily unlock).

The Coil rules are hard to enforce from a payment pointer point of view but since they are involved in the process for most people participating in this gamejam you should be considerate of them and not make anything they would frown on.

It's a new technology so very few games use WM at the moment. If a game wants to offer benefits to WM users they should mention it to incentivize people to use it and pay the game creator (plus others).

You should make an issue on Akita and give them a sample link to check.

Reply
The Web Monetization Challenge 2020 community · Posted in Do we have discord server for this event?
Subsoap2 years ago

Not for this gamejam itself but there is a Defold one with a #game-jams channel https://discordapp.com/invite/9rn7UkQ

Generally you want to detect if WM is supported and paying, then unlock features / disable ads if that is the case. It could be you get unlimited lives if WM is detected, you get 1x special key a day, extra special chests spawn in the world if WM is enabled, that kind of thing.

What matters is that it plays in the browser and uses Web Monetization + follows the other rules / theme.

How much does Coil pay?

Coil pays $0.36 for every hour a Coil Member spends on your content. Coil sends micropayments roughly every second for each visiting member.

Other providers may pay differently. I don't think Coil can be customized.

If you print the payments to console you can see that it is paying frequently in tiny amounts which then add up.

I remember reading that the payment is also based on how much time is left in your subscription period / how much you have left in your monthly balance but you would have to look that up / test it.

itch needs to allow monetization to its iframe

I sent an e-mail to Leaf about this.

The collection was lost.

This page! We are giving this game away here until the end of this year to give a chance for anyone stuck inside to get it and play, then this page will go down since the very long giveaway will be over.

3 months later I think I figured out the problem. The Linux checkbox for the download wasn't checked. Check and see?

I assume it's because the game is free only and I disabled the ability to pay any amount of money. The page will be taken down at the end of this year anyway. You are welcome to download and store a copy of the game.

It's not clear what the problem is? Try again?

It may be easier for you to use the Windows installer with Wine or Proton. I know it does work based on past reports.

Unfortunately I cannot say specifically what could work for you on your Linux install. This version of FS was made a long time ago and we don't have the ability to update it anymore. We use Defold now with our new games which is much easier to support most Linux versions without issue.

At the bottom it says ImportError that looks like you might need to remove the included version of that lib or possibly install a new version. Could you check one of the threads from the other link I posted for possible solutions? For example https://steamcommunity.com/app/38600/discussions/0/34094415824978304/

Did you try anything mentioned in the various posts in that link? Like possibly removing included library files or manually installing them?

If you are trying the Linux version and it is not working for you you can try one of the solutions listed in a thread here: https://steamcommunity.com/app/38600/discussions/search/?q=linux&gidforum=864943478358728316&include_deleted=1

If the game doesn't run for you on Linux and one of the solutions worked to make it run please post in a comment so others can find that exact solution more easily.