Hey Everyone! We cant wait to jam!

We are excited about this game jam and look forward to playing a ton of games after!  We want to offer everyone  a free weather asset we made in Unity for previous game jams. This is a simple weather system. Its nothing extravagant, but it can be a simple drag and drop solution for weather or feel free to mod it to your needs. We understand problems come up and this kit was made in a previous version of Unity. We haven't had any problems, but its possible that you might so we are giving this away a week early in case anyone needs any help. Feel free to contact us on our Discord or on our website for help with this asset.

Good luck to everyone and thank you for being such an awesome community!

After downloading and importing into Unity go into the "RainLightningCloudAssetPack" project folder and click on the scene "RLCAssets." Hit the play button and you will have instant weather.  Every weather is also just a prefab you can just drag and drop into any scene as long as the asset is imported.

We are making good progress on the next Traphouse Druglord update. This update is to version 0.99.1 and we have added numerous features, fixed some annoying bugs, and have done some game testing. We hope that before we release we will be able to add just a couple more features and test a little more. We hope to have this update out before Christmas or a month or two into 2021. This update will hopefully make the experience much more enjoyable. Some of the things that are improved are:

The radio now gives you the ability to either play the original beats that are in the game or add a directory that contains music(.mp3) files to play your own music and still get the abilities the radio gives. The radio GUI is improved and will now stay open and you can click on the radio to open or close it even if a song is playing. You can also now adjust the volume and even mute the sound by moving the slider all the way to the left. We still plan to add a little bit more to this, but we are liking it so far and think it will create a better experience.

We feel like we added TrapCoin and didn’t really give much to buy with it. We wanted to change that and so the Onion Farmer Markets was born. Now there is the ability to buy seeds, water, and baking soda off the darknet with TrapCoin. This will hopefully get the user to invest more in TrapCoin and reap the rewards. Make sure you buy TrapCoin low to get the best deal. Products can be more expensive or way cheaper depending on what the market price is.

The darknet market has had a “More Coming Soon” Label on it for some time. Now you can buy a pound, half pound, or quarter pound with in-game TrapCoin. This will fuel the in-game TrapCoin ecosystem and allow the player to get really cheap products and make more money. This can make it cheaper than ever before if you utilize the markets correctly. We still plan to add more to this and this may change depending on what we decide to do. The possibility of adding more drugs is still on the table, but wont come in this update.

We have created a minigame using the bottles called Bottle Game Mode(BGM). Now if you pick up the bottle you can try to flip it in the air and juggle it for tokens. These tokens will be introduced as a new cryptocurrency that can be used to trade or buy more items.

We have now added the BGM exchange market. You can now trade you BGM tokens for in-game dollars or in-game TrapCoin. This will allow the players to make a small income with any time they have available to flip and juggle the bottles.

Great job on your first release! It looks great! Following you to see what comes next!

When have more than 200 experience there should be a button that appears in the computer room. Did you ever have a panel show up that told you that you were getting seeds?

Tap on the phone and hit the messages Icon. There will be 2 buttons. One for weed and one for coke. Click the one you want and a new screen will appear. Hit the arrows to change the amount. Hit buy and the product will appear on the table. Tap and hold on the product you bought and drag it  to the scale to bag it. Use the shopping cart icon to buy bags.

We have plans to put Traphouse on Steam in the future after we are done with the next few updates! Thank you for your feedback!

Hi! Can we message you on Discord? We might can help at some point.

Hi! Your art looks great! We are willing to help and talk more to find out more about what kind of partnership you are talking about. Are you wanting to join a team or work with a team? Can we contact you on discord?

Check it out here: https://street-conference-studios.itch.io/lunarcykills

We would love any feedback and to answer any questions anyone has. Thank you for reading! You're awesome!

This was made for the Lunar New Year Jam. Everything was made by us with various tools.

One moon He wasn’t created as a murderer.  They made him this way. Now the very planets that he was created to revolve around are on the other end of the revolver. They told him he was just a simple moon and he would never amount to anything other than a useless orbital mass. Well now he has other plans. He will make them all pay. And they will pay. In blood.

Game play is simple. Destroy as many planets as you can by shooting them with your Lunar Lasers or colliding with them. Dodge meteors at all cost by moving up with the W key and down with the S key. Pause or quit with ESC key. As speed increases and more meteors come you way how many can you destroy?

I was unable to find any video of the IGDA Winter Party in previous years. Being located out of Texas I wont be able to be there :( I was wondering if anyone would be willing to make a video during the event for the people who cant make it?

Dont want to make an additional topic so Ill ask here but what controls should I use? Will mouse and keyboard be ok?

That is awesome and thank you! Look forward to hearing from you! have a great day!

I think its awesome that you are helping the community. Thank you! I hope that we can all help you in return!

We look forward to hearing from you!

Yes, we are Unity devs. How can we help?

We want to offer help to the community in the products we use to make our projects. If you need any assistance with Unity, Blender, or GIMP please feel free to contact us on this post, our website, or Facebook.

If you have a problem and/or need something created in any of these programs we may be able to do it, but that will be decided by us and we cannot guarantee we will be able to help. 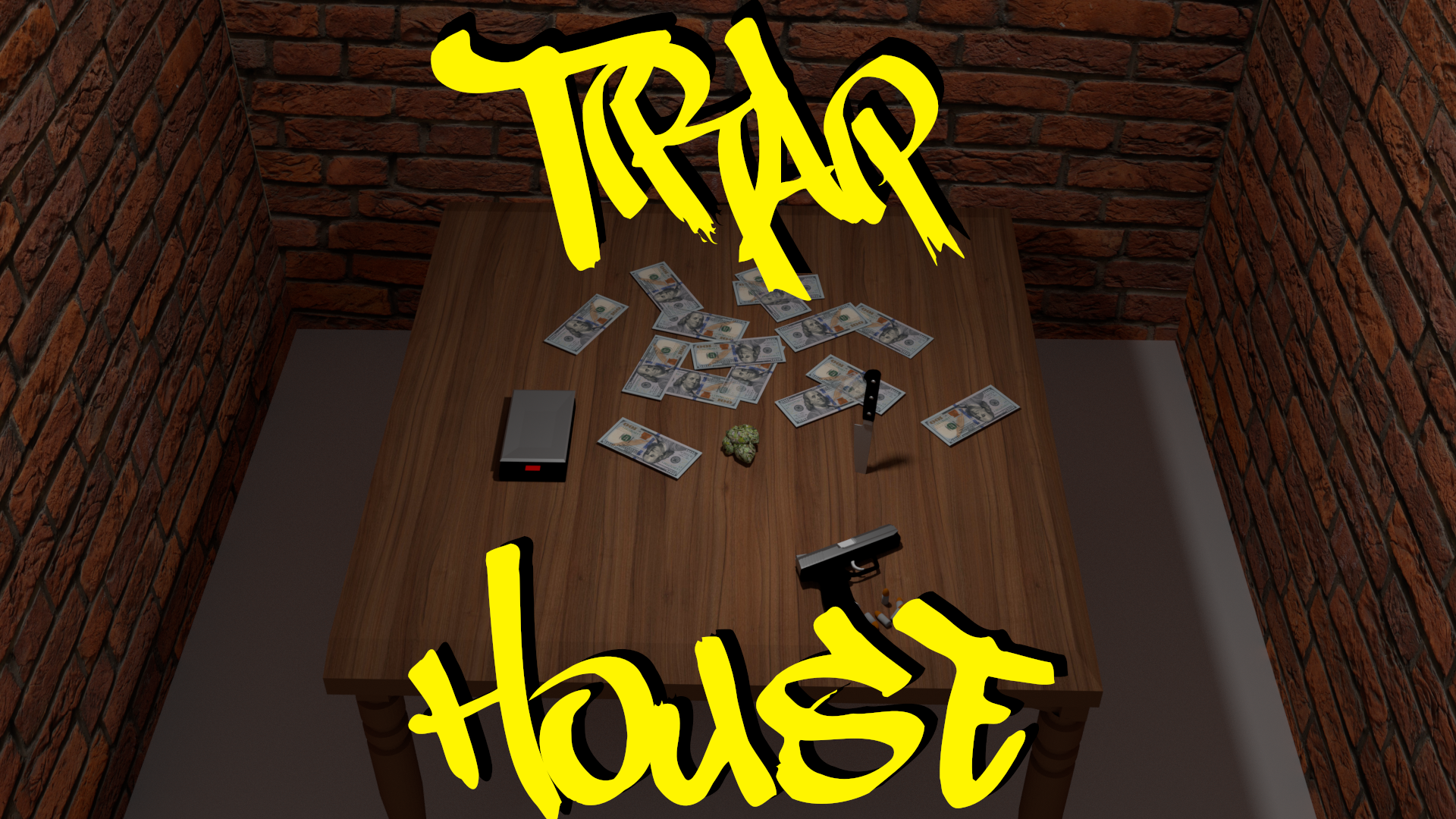 A drug dealer simulator In a city full of drugs, gangs, corrupted officials, crooked cops, low paying jobs, and high rent, all your character wants to do is get out!  Your character has a plan. Make $100,000 and stash it back. Get $100,000 in the safe,  get 1000 TrapCoins, the new cryptocurrency, and when you leave give $50,000 to the homies. Deal with paying rent. Buying supplies. Police, rival gangs trying to rob you, while buying and making drugs to sell them and fund this plan to get to paradise. Your own private island.

This game is still in active development and while it is mostly done,  game play may change. Please contact us with any bugs, issues, or features you would like to see.