If on a summer’s night a game designer... community » I wish to work on... · Replied to ChiakiAkito in Architectural game inspired by "Invisible Cities"
Obigre Fichtredonc11 days ago

I just realized you suggested Clarisse (or rather Clarice in English) as a city to take inspiration from, and it happens to be the one whichi based myself upon for my prototyped card game ! i didn't even remember.
Have a look here if you're interested :) https://obigre-fichtredonc.itch.io/clarisse/

Reply
If on a summer’s night a game designer... community » I wish to work on... · Replied to Obigre Fichtredonc in Architectural game inspired by "Invisible Cities"
Obigre Fichtredonc11 days ago (1 edit)

New set of rules, which basically creates a new game, with the same basic premise of having cards that both serve as materials and buildings.
https://obigre-fichtredonc.itch.io/clarisse/devlog/159082/ruleset-v2-new-descrip...

Reply
If on a summer’s night a game designer... community » I wish to work on... · Posted in Architectural game inspired by "Invisible Cities"
Obigre Fichtredonc12 days ago

First ruleset for my card game based on the city of Clarisse: please give it a go and give me your thoughts :D
https://obigre-fichtredonc.itch.io/clarisse

Reply
If on a summer’s night a game designer... community » Doubts and bureaucracy · Replied to Antonio Amato in Several submissions ?
Obigre Fichtredonc12 days ago (1 edit)

Fair enough.
I suppose i'll have to think about which game to publish before actually publishing it then.

Reply
If on a summer’s night a game designer... community » I wish to work on... · Replied to ChiakiAkito in Architectural game inspired by "Invisible Cities"
Obigre Fichtredonc12 days ago

Very interesting ! i might consider using this idea in the tile placing game i'm focusing on right now :) thanks for the idea

Reply
If on a summer’s night a game designer... community » I wish to work on... · Posted in Architectural game inspired by "Invisible Cities"
Obigre Fichtredonc14 days ago

Cities, like dreams, are made of desires and fears, even if the thread of their discourse is secret, their rules are absurd, their perspectives deceitful, and everything conceals something else.

Found while browsing the book again.
I'm currently looking for concepts to develop into a card game. I have several starting points, which more or less developed already.
The most inspirational city for me this far has been Zirma :)

Reply
If on a summer’s night a game designer... community » Doubts and bureaucracy · Created a new topic Several submissions ?
Obigre Fichtredonc14 days ago

Is it possible to publish several games during this jam ? Or should i rather publish a collection of games instead, as a single submission ?

Reply
If on a summer’s night a game designer... community » I wish to work on... · Replied to Antonio Amato in Architectural game inspired by "Invisible Cities"
Obigre Fichtredonc19 days ago

It's still very valid, though ! a game like that can definitely be made. But it's not necessarily what i want to make ^^

Reply
If on a summer’s night a game designer... community » I wish to work on... · Replied to Antonio Amato in Architectural game inspired by "Invisible Cities"
Obigre Fichtredonc19 days ago

It sounds a bit too restrictive.
What i liked about the Invisible Cities series is the fact that these cities and building Calvino described weren't created through an architectural logical process, but were much more influenced by the passing of time, by the love of men for a dream, by our obsession for self-perfection, by the vertiginous idea of death etc...
In my understanding, an architectural game is more symply a game in which players experiment with and challenge the principles of architectures; just like what Calvino presented us with in his book: cities which challenged our preconceived ideas of why and how a city should be built.

Reply
If on a summer’s night a game designer... community » I wish to work on... · Replied to Antonio Amato in Architectural game inspired by "Invisible Cities"
Obigre Fichtredonc21 days ago

I don't know for now, i'm really open to any suggestion, and haven't started thinking in more details but i have a few ideas :)

For example, it could be a multiplayer game in which you have to build a city together. In competition or cooperation ? i don't know. to what goal ? to prove what point ? i don't know either.
It could also be a a cooperative game in which you have to adapt to a city slowly building itself, and score as many points as possible.
I was also thinking maybe it could be a Castle of Cards game with the twist of having some cards require you put them in specific places, or give you more points.
There was also this game in which you had to build a path from point A to point B using tiles looking like spaghetti plates. The whole game revolved around the fact that each piece could be an obstacle as well as a step forward depending on the side you approached it from. Something similar might be possible, but with a city building itself, allowing fluxes of merchants, citizens etc... to go around the city.

Really, idk, i'm just throwing ideas around ^^ what do you think an architectural game could be ? :p

Reply
If on a summer’s night a game designer... community » I wish to work on... · Created a new topic Architectural game inspired by "Invisible Cities"
Obigre Fichtredonc22 days ago

Pretty much everything is in the title :)
The book "Invisible Cities" which i've read in french have deeply inspired me design wise. Although it is the only book from Calvino i've ever read, it's stayed with me ever since, and i'd love to make a game based on the ideas developed in there.

I've been asking myself wether to join this jam or not, because i'd rather spend my summer doing anything else than staying on the computer, but i realized i could make an analogue game instead ! (card game, dice game etc...)
So if anyone has a particluar connection with this book, and wants more specifically to explore strange evocative architectures through the making of a game, get in touch with me :)

For all the others: which excrept from the Invisible Cities touched you the most ?
For me i think it was the city in which the buildings look nothing like what they are used for; you can find a bank in a cinema, a market in a church etc... did the people there adapt themselves to the place they choosed ? did they bring down walls ? does the inherent design of the building changes the way people go about their life ?...

Reply
Decade Jam community · Replied to NeatGames in Who has TWITTER?
Obigre Fichtredonc57 days ago

as if i didn't already try to do that 😞 but when the world is against you, why bother ? i just abandonned ^^ i didn't really need that twitter account to begin with

Reply
Decade Jam community · Posted in Who has TWITTER?
Obigre Fichtredonc64 days ago

I've ahd a twitter account solely for the purpose of following other devs work and post my own, but for a reason unknown to man, the Twitter gods decided i shan't be able to use my account anymore so. Yeah. I don't have any :3

Reply
Decade Jam community · Replied to Bananamanhatguy in I will be 23 when this jam ends.
Obigre Fichtredonc64 days ago

Please keep us updated when you get out of your mother's womb, we'll be really happy to welcome you on the forums !

A game affecting issue ? i can't play at all ^^ when the loading bar finishes to fill up, the message i quoted in my first post appaears.I mentionned the missing image and the loading bar to give you more context as to how and when it happens.

Tried to do that, but the situation is still the same :/
The game does seem to lad parts of it, but the loading picture for example doesn't: 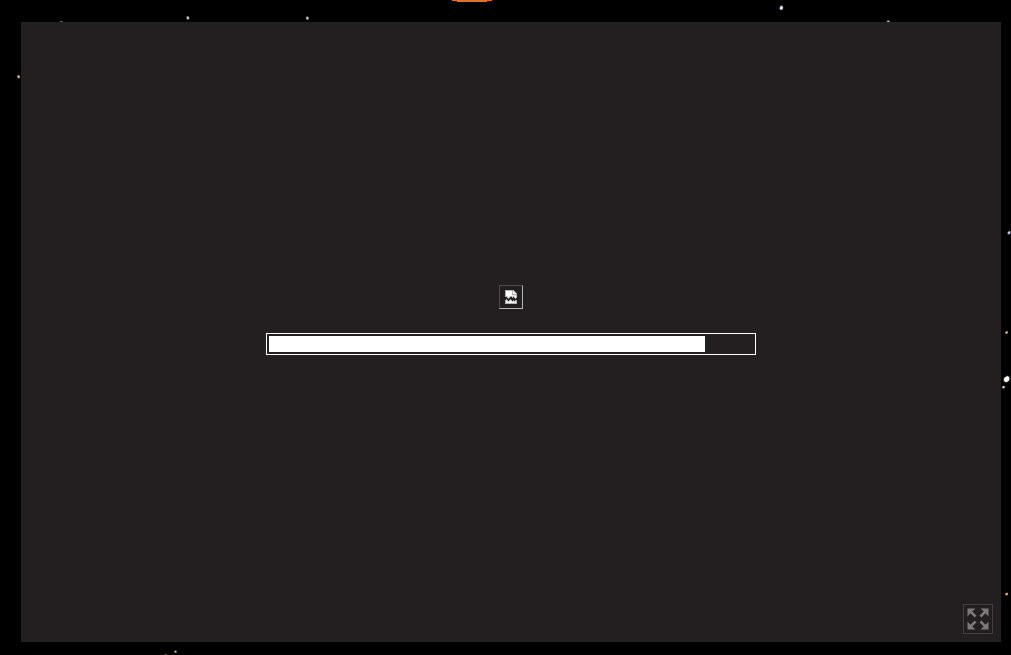 "An exception has occurred, but exception handling has been disabled in this build. If you are the developer of this content, enable exceptions in your project WebGL player settings to be able to catch the exception or see the stack trace." 😬

Hey, i played your game in my web-browser and it all went better. I had previously tried to play it on the itch app (which lets you download HTML5 games) and it seems the embedded HTML5 player does not work very well so don't worry, my problem had nothing to do with your game or even yuor engine ^^

I opened up an issue on the github page for the itch app: https://github.com/itchio/itch/issues/2368

Here is how it looks in my itch app. The big "Installer" button means "Install" in english. Maybe this has more to do with the itch app in itself than with the way you made your game available.

I tried again and it's strange because if i play it in my web browser it works perfectly, but if i "dowload" the web-browser version through the itch app it doesn't work :thinking:

fun game, but it seems the keys sometimes do not respon and the character does not jump. weird physics, but i think your game specifically hasn't anything to do with it, i think it's rather Unity we have to blame ^^

hey, i tried to play the browser version on Linux and i couldn't get pass the very first level. Once all 3 ghosts enter the portal nothing happens and i'm just stuckin the level. Am i missing something ?

I recognized your name from the Discord server :) great experience overall, really teaches you to trust your guts, i just hope it was a bit longer !

I played the Linux version and sometimes there is "undefined" instead of actual text in the dialog boxes. For example when you try to say "My love" when you first meet her, she answers with "undefined". Also when you want to leave the room without saying goodbye the two options you're presented ith say "undefined" too.
When you try to talk about videogames as well she simply doesn't say anything.

Thanks for providing a linux build ^^

Interesting, the music got kind of grating to my ears, and i felt the time limit built into the puzzles was a bit too short, but otherwise good entry :)

Reply
Decade Jam community · Created a new topic How did you hear about the Decade Jam ?
Obigre Fichtredonc131 days ago

How did it happen ? was it a friend, an article, a random guy ?

How did you feel ?

When did you join ?

Why did you join ?

BUMP
We are now around 212 members on the server :) come join us, share your photos and music, come chat about design, art or programming !

Nobody knows. I guess you can wait for Godot 4.0 while you're nott hinking about the jam then 🙃

Heyo !
So i was very excited to try the recent update with clouds, and when i booted up... well first i was amazed because the game is gorgeous. I mean, GORGEOUS. Then when i played a little bit i noticed there were no animals at all ! strange. I figured i should capture it to send it to you so you can see for yourself, but when i started the game again the animals spawned like normal.
Sooooo i don't know what went wrong, but it resolved itself.  Still, i think this was not intented behaviour :p

EDIT: i should probably precise that i am playing on MX Linux