One Day FPS
A short arcadey shooter I made in under 24 hours. STRIVE FOR A HIGH SCORE!!!
Meowium99
Shooter
One Day Platformer
A trashy platformer I put together in under 24 hours 'cos I could.
Meowium99
Platformer
WIP Title (Pre-Alpha)
Meowium99
Role Playing
Mark's Pilgrimage (A Markiplier Fangame)
This is a story of a man named Mark. Can't say anything else, or I'll spoil something.
Meowium99
Adventure

This was really cool!
It took a few battles to get the whole dodging thing down, but it was really fun when I did!

This is actually very fun! I haven't beaten it yet, but this's definitely a game I'll come back to

This was a lot of fun!
There were a few guards that seemed impossible to sneak past (such as the one right before the intel)

Apart from that, a very good idea that I'd love to see expanded on.

This is currently my best score! If you can get a higher score, congrats! 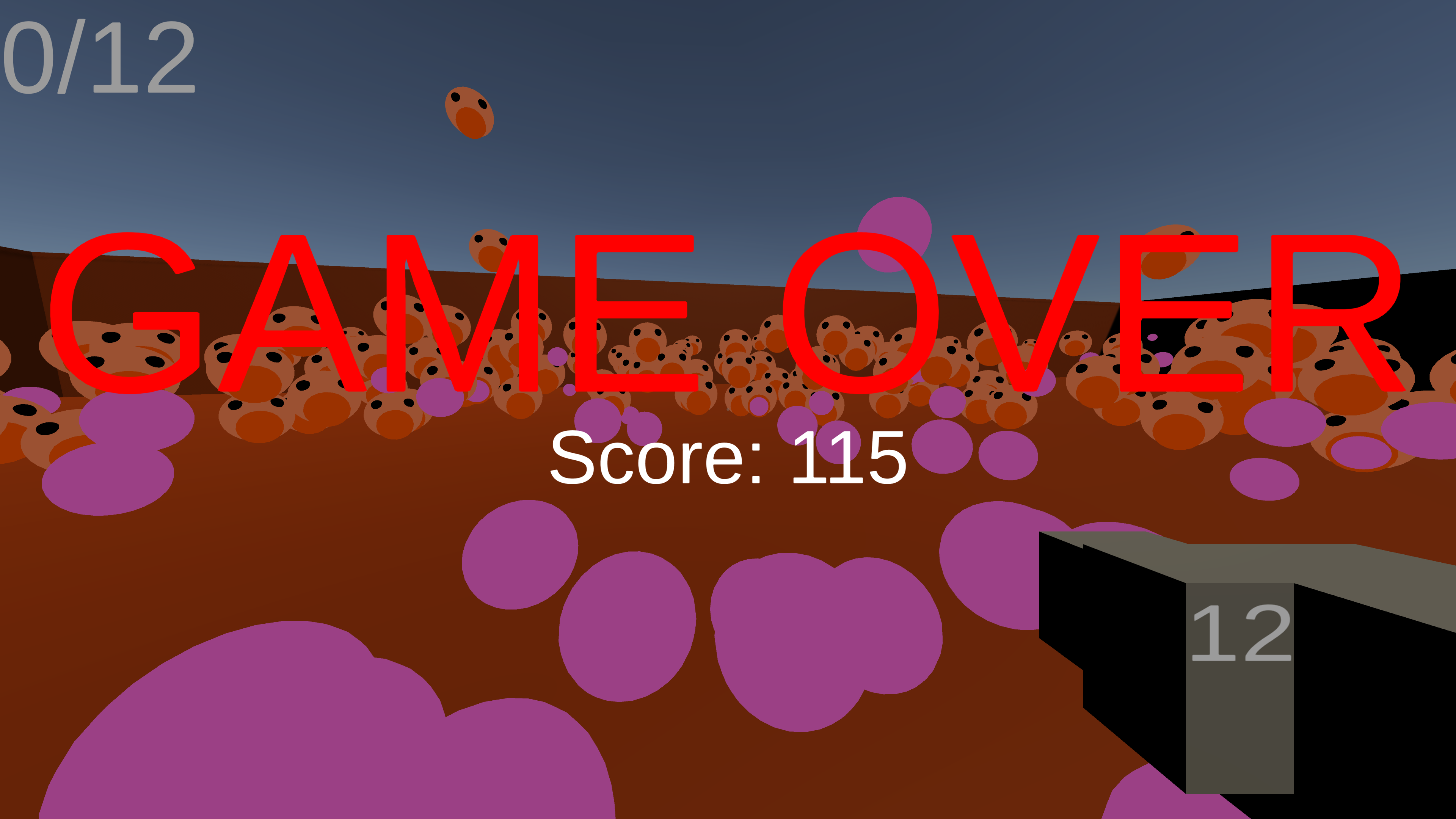 Reply
Monolith community · Posted in will the DLC come out on itch.io?
Meowium991 year ago

I mean, is there a way to make the dlc a butler patch, but lock that patch behind a paywall?
It'd work basically the same as DLC if you could get it to work.

Hey! It might've taken me a little while to get this video out, but I finally did it! Here it is!

Been a while since I've written anything here, but I just wanted to tell you that my inner lumberjack just spoke to me, and I became a natural disaster in Daggan. Half of the forest was obliterated by me and my axe before the red foxes were like "Hey man, you're cool 'n' all, but you're destroying our home!" and killed me and my friends.

I'm not 100% sure how to get the loading percentage to actually reflect both phases, but a quick fix is to create a new float, and set that float to the result of
Mathf.Clamp01(operation.progress / .9f)

And then you can just set the UI piece that displays the percentage to that new float that you made instead of operation.progress.

This's all assuming that you're doing the loading Asynchronously inside of a Coroutine.

If that doesn't work, I'll eat my hat.

If for some reason that doesn't work, here's a link to a YouTube tutorial on the topic

Looking good! I can't wait to give it a try!

Edit: Wrote this before I saw that you responded!

Also, just a little comment here! I kinda felt like I wanted to help out a little, so I wrote out some code that would help out with the problem with walking off the edge of the map and falling forever.

It's not an extremely complicated script, nor is it long, but if you're interested, I linked the code here with a few instructions on how to use it.

Since playing the latest update, I've found a few more bugs/problems, but I'd also like to mention that the fixes you made to Daggan made the game a lot nicer! Here's a few things that I feel need to be mentioned.

That's about it! Nothing else is really coming to my mind.

Although those torches would look a little nicer with a few particles. They currently look like light bulbs on sticks. (Hahaha)

I tried to not mention anything I said previously, but this still turned out really long.

So, a few bugs/problems to mention, and even a possible fix for each!

I know this is getting long, but let me add a few things!

I know this is a long list, and it might be a bit of a headache to read through, but I hope this helps!

This should help you!

This app helped me loosen my tense shoulders.
Thanks!

So, If you haven't played this game yet, STOP READING THIS AND PLAY IT DAMNIT!!! The comments are full of spoilers and this is something that shouldn't be spoiled for you. All I'm going to say is that this instalment is great and worth the time it takes to play.

You should be able to, just hit the "Download now" button and then hit "No thanks, just take me to the downloads".

This isn't exactly a game suggestion, but a comic panel of your characters playing the Another Piece of Candy TCG in the web comic would be really sweet.

The concept of this game is really cool, and it's also awesome that you were able to fit it into an incredibly small file size!
So, I actually wanted to ask, is there any particular way that you generate the names? Is it just a random assortment of letters with varying name sizes, or do you actually have a list of names?

Pretty sure they're the real Temmie.

Get Markiplier on the phone ASAP!

Did Nami forget about something?

I bet no one expected for me to rear my head here, now did we?

This game really does show promise, but lacks a certain amount of "Polish".
I found that the game seems to break very easily.
The textures of the two characters seem to have parts clip off of on occasion.
The movement with both methods is a little bit clunky.
I barely tried, and I broke out of bounds.
Also just personal preference, but I think that the mouse buttons should be flipped.

Though, I didn't hate everything.
The artstyle is adorable with it's low poly 3D models, pixel art textures and paper like characters and environment pieces.
With what story there was, I really wanted a full game to play. While I was "Boundry breaking" I figured out that you had a few area tags that the player shouldn't have seen. Things like the mysterious building and the nest.

Taking into consideration how old this game is, I doubt that you are still working on this game, but a response would be extremely nice!

P.S. Sorry for tearing your game to shreds. I can't help it.

From memory, you need to combine Treat with Moxie, then combine the result with Mochi, then add Trick.
EDIT: Yup that's right.

Another great game to get inspiration from is Wipeout! They're kinda similar to F-Zero, but I'm not very familiar with F-Zero.

Okay, I've given your game a little bit of a shot, and I think I have a few things to say.
I think the idea of letting go of the accelerator to help steer is a little bit flawed. Maybe you could implement an air brake system of sorts. As an  Example, LT would help you steer left and RT would help you steer right while pressing both will slow you down for the more delicate steering areas.

There's also a long stretch of road that the finish line is on. It allows the player to get to the max speed of around 235MPH, and if I crash at this speed, I kinda just bounce off the wall like a rubber ball. Not sure how hard this'll be to fix, but eh. Now you know.

This game enjoyed beating me...

Person with a name of assorted colours.
please settle

I had another look, and apparently the itch client had created a new "user?" in the Users folder. I needed to give permission to access the folder, so maybe that's why performing several system wide searches for terms such as "Besus" and "FireWing" and "FW64" didn't give any results.

Is there any way I can completely 100% make this game forget I've played it?
I wanted to play it on my channel, but while testing the game to make sure I could record it well, I started it and now I can't get the intro cutscene to play again.

Can someone please help me?

Right! Being a wannabe game dev, I totally understand the struggles. You are doing great!

As the games get more and more complex, are they going to take longer to make? Honestly, I don't mind if it takes you a while to make the next game, but I would like to see it in my lifetime.

Kids?
Well... I guess there is a witch town literally next door.
I'm sure they could find out something.

I sometimes jump when I've let go of the jump button.
T-T
Ahaha well it was a good attempt.
At least it didn't bug out.

This game was very interesting.
Honestly I don't want to say anything else or I might spoil this, but if you've tripped over this game, play it.
It's short, and won't waste your time.

I did a lot of sacrificing!
Did I do a good? 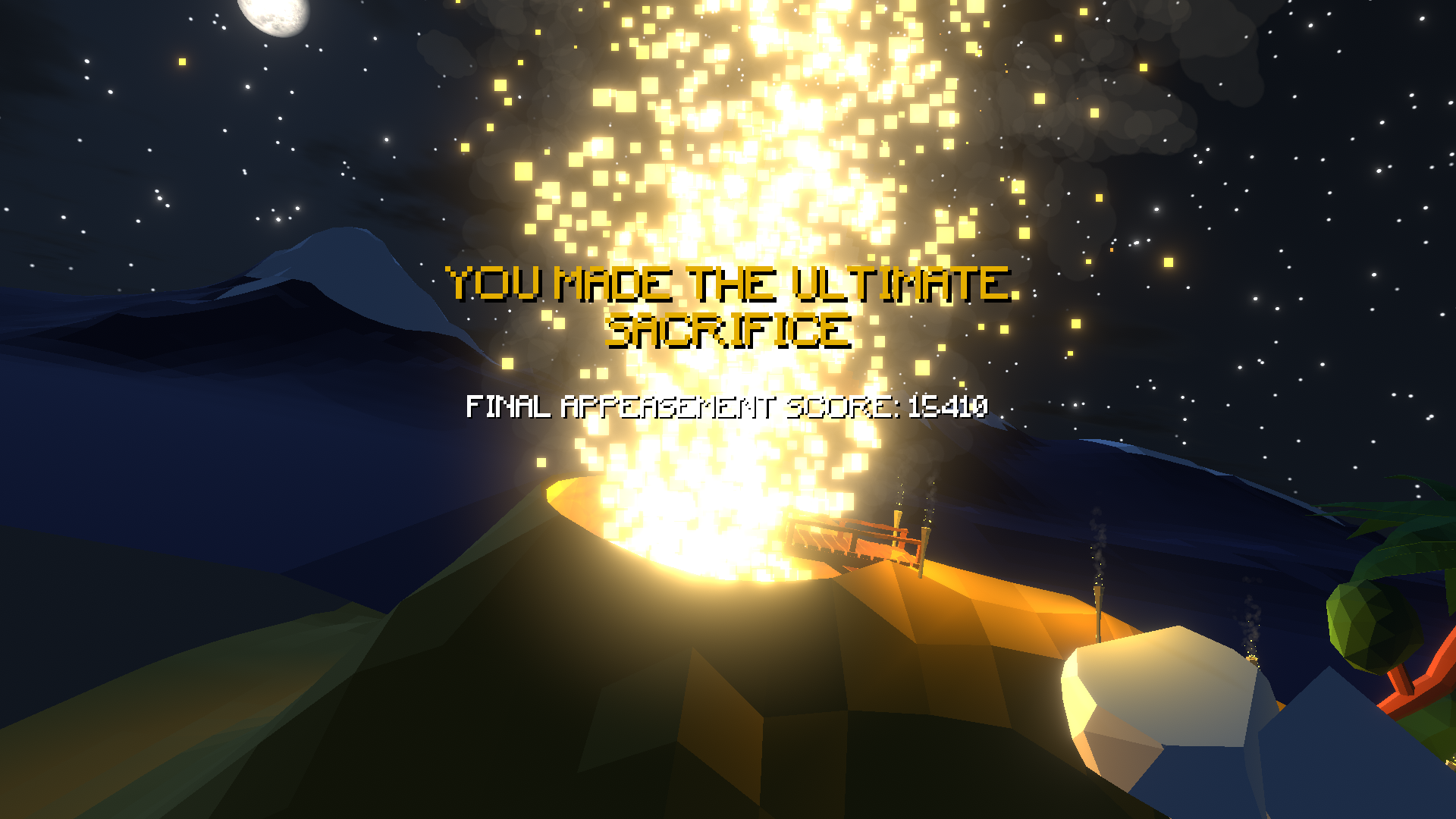 This is actually very fun! I started getting stuck at Lv 8. That line's just a little too thin and fast. Hahaha!

Have you tried extracting it with Winrar?
You can't run .rar files without extracting them first.