You're a lifesaver, this saved me SO much time.  Thank you so much!

Hey!  Thanks so much for your detailed breakdown of Dreadful's scenarios + feedback!  We're making a couple more of these and will definitely keep your take in mind during development.

Please add Dreadful to the bundle!

Hey, thanks so much, I'm happy to hear it!  Also DOUBLE THANKS for posting your content too!!  I'm going to check it out immediately

Dude, thank you so much.  We both watched this and were *dying*.   Watching you relive our play testing/ludam dare frenzy was super entertaining.  Thanks so much for sharing.

You are still the king

Challenge accepted, I didn't know I could hit space to activate bombs on my last run! 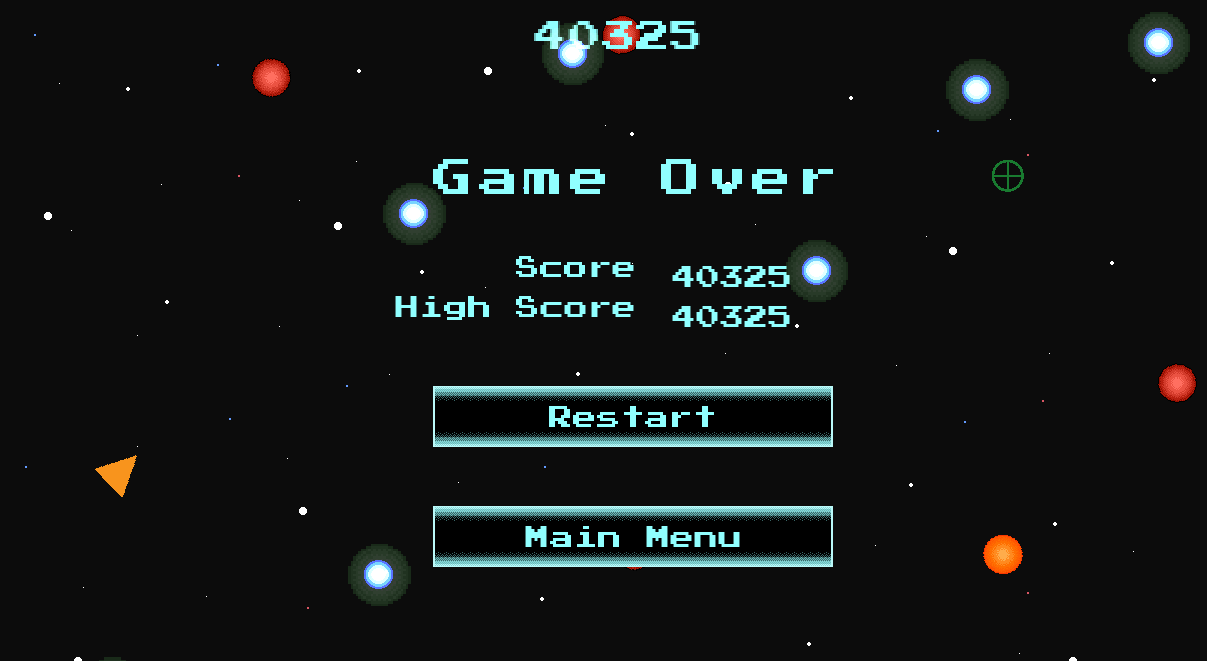 Thanks so much!  For sure let me know how your scenario goes, I'd love to hear how things turn out.

Thanks!  It was a good learning experience, and I hope that by sharing it others can learn from it as well.  We have been working on scope since this Kickstarter ended, and have gotten much better at getting a minimum viable product made within a month.  That helps us fail faster, and at less of a cost.  We are trying to be more vocal about each thing we make, and if something resonates with enough people we plan to pursue that.  One of the problems with Stromgard was that we made something we were exited about without verifying that a lot of other people would be as well.

EDIT: I wanted to come in and clarify that we expected Stromgard to sell only a little better than it did.  We expected it to be a failure as a business (Its not a failure as a game, we are very proud of the end result).

Our big failure was that we misjudged how long it would take to make.  Spending a few months working on it in our spare time to learn how to run a Kickstarter and produce a quality game, even if it did not make much money, would be no problem.  The actual result is that we sank hundreds of hours into a project that we knew would not pay off.  We did however gain what we set out for, we learned a lot from this project.  It wont be our last!

You should be proud of it, the movement and attacks felt good. If there was less debug info on screen I probably would have figured out how to turn around a lot faster (I thought the arrows were going to open up some kind of menu). I'm serious that I want to play this more when I can actually fight, message me when you need new play testers.

I played on PC with a mouse. The enemies did not fight back so I just played with movement and the combat system by using them as punching bags.

The movement felt natural and was easy to use but it took me a while to figure out the arrows on each side of the screen were how to turn around.

I really like the retro sound effects. Overall I felt like the prototype has a lot of promise let me know when the enemies fight back I want to try it again. Also let me know if they already fight back and I just did something wrong.. I'll play it again tonight.

I know its a little early, by I just released my very serious and introspective look at what really makes Christmas a day that happens in December. Introducing Christmas Simulator 2019

This game came up when I found a glitch in a different prototype and the glitch was more fun then the game I was making. I needed to come up with a new theme I could download because art assets and 3d modeling is not something I can do. I hope you have a few moments of fun playing this incredibly stupid game. I mean is this even a game? what the hell did I even make?

We Launched it here on itch.io and also on Drive Thru RPG. Since Drive Thru RPG takes a much larger cut then itch.io we are charging less on itch. I'm hoping that it becomes a trend and other developers do the same to encourage people to buy on the platform that's better for for us developers. (In the future I plan to do this when releasing on steam as well).

Swords Without Master by Dig a Thousand Holes Publishing (Creator of the award winning game Dread) is an amazing table top RPG that can help players and GM's become better role players. If you're looking for a good narrative heavy game that will help you grow as a story teller and a role player then get Worlds Without Master 3, and go to page 14.

The quick and dirty on this game is that the games narrative tone is decided by the outcome of a die role, and the game has specific mechanics in place to force the players to tell a narrative that follows specific story telling tropes (characters will learn from previous lessons or demonstrate that they will never learn that moral, your forced to revisit parts of the story at the end, ect..) There is just enough mechanically to make you learn to tell a good story and not enough to get in the way of a story.

Our Kickstarter ended last week and we've had multiple people people asking if we are accepting late backers. We had looked into systems like backerkit that are made specifically for kickstarter but with a project as small as ours the costs were too high. We already have some games on Itch and when we discovered you can sell physical components we decided that this would be a good way to handle late backers.

Our game is a Viking expansion for the table top RPG system Dungeon World. You can pre-order it here - https://lostdutchman.itch.io/the-wyrd-of-stromgard 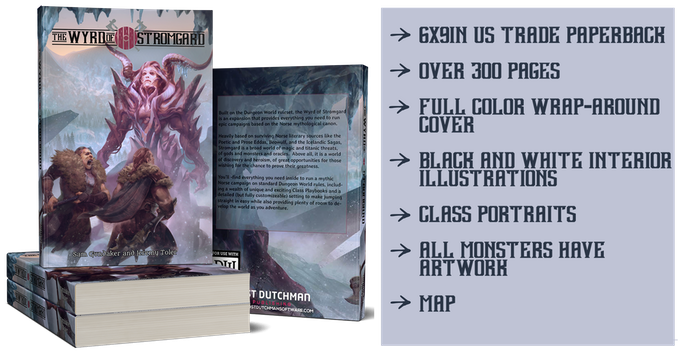 The game is still in production but heres a page from the rough draft with my favorite monster: 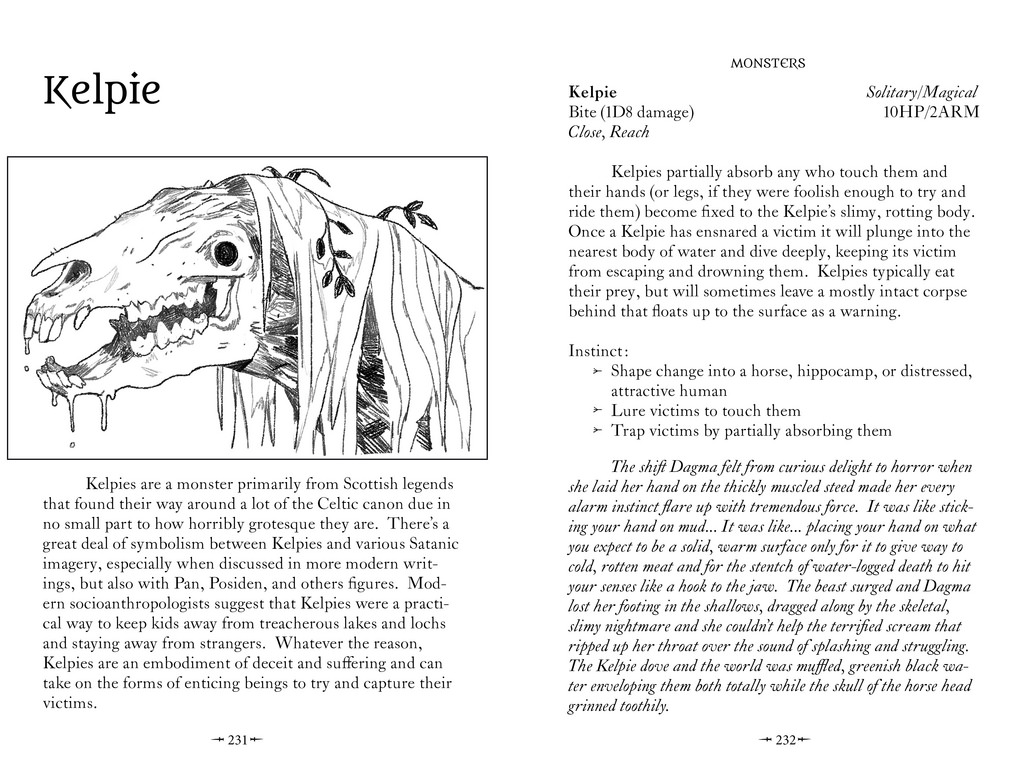 This is really cool, thanks so much for posting a video!

Whats your Ludum Dare URL? I really had fun playing this and want to go rate you :) 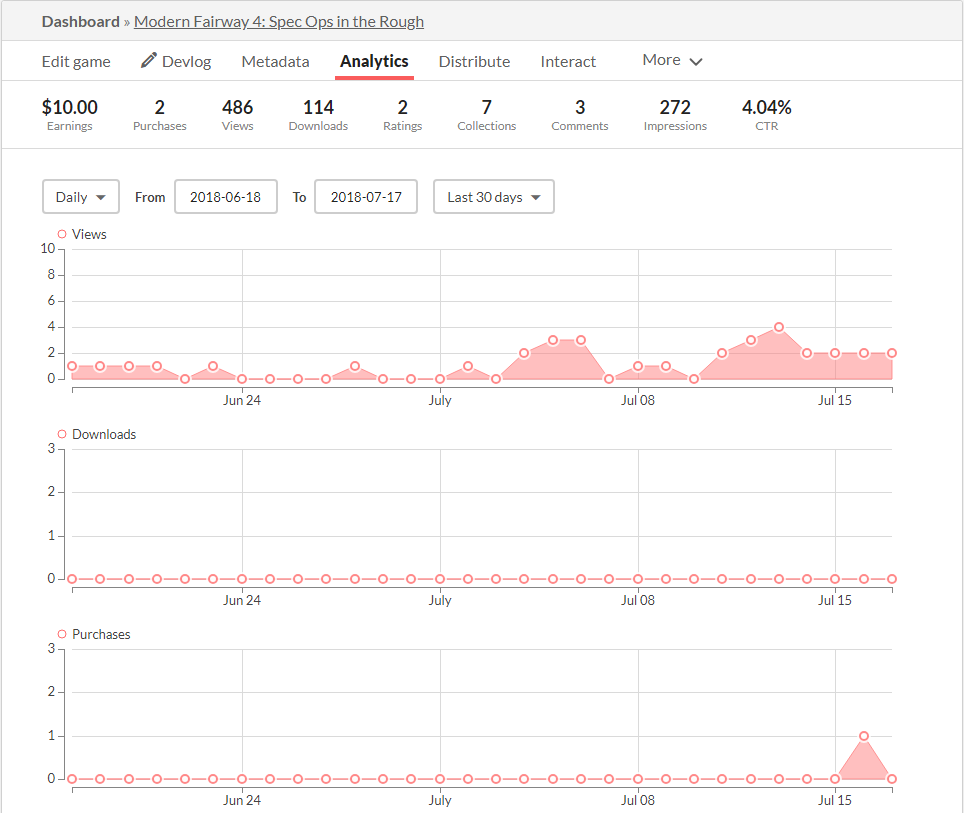 Huge Thank you to whoever thought that this game was worth $5, its very appreciated :)

I really hope you continue with this one, It was one of my personal favorite games from the jam.

Congratulations! I thought this was the most beautiful game of LD41 and apparently I was not the only one!

Thanks If we work on this any more after the Ludum Dare I'll try that.