Best game so far I've played! Funny dialogue. The map design is amazing. My favorite part was the unique different movement animations. I laughed when climbing for the first time with a seed, because the animations was so cute. I am a fan.

No, thank YOU for creating a complete experience. Well done! I felt excited with the double bounce. Well done! I got stuck at the first vine for a bit. I though I was supposed to place the seed in the little square in the air, but ended up just having to jump over. I want to criticize something, but I'm at a loss. Well done!

Pretty damn good! The spinning effect adds alot to the game! I would have liked more leniency when it came to the accuracy of pressing the different objects. I laughed alot in the tutorial!

WOW! Absolutely amazing! Well executed too! Can't really say anything negative about it. The boss was great, and the planting mechanic with the bugs ripping them out was smart too. Some extremely minor things. The health bar was the same color as the background. Like Binding of Isaac, make the movement and shooting directions independent, i.e. WASD to move and Arrow keys to shoot.

Nice arcade game. It does feel like more than work than joy though. I had to guess the start mechanic, which seems really out of place.  All the sound design was good.

Alright, played the game. After some initial confusion in the beginning, I got the hang of it and started hunting for the upgrades. I got the grab/place item, the thing in the mountain which allowed me to kill the slimes or un (not sure), and then the feather that I don't know what did. I then gave up.

I could identify two bugs: 1) Explosive jumps where sometimes you reach greater heights. This is due to poor floor detection controls and can be fixed by having the player jump ON PRESS as opposed to PRESSED. 2) Touching walls disables jumping. Don't know why though. Godot makes all this much easier with the premade function is_floor() and on_wall() - or something like that.

Polish should be focused on more feedback to the player. Like a HUD that shows which items you've collected.

I just got had a dream about tires rolling around hitting everyone in sight like a zombie invasion. Anyway, consider a tyre as the obstacle.

Way too laggy for me. Perhaps just because of my shitty PC. Also, I had to download VideoGameMaker2, if I wanted to run the downloaded version. I refused to do that. Did you export it correctly?

I second everything flavedogame wrote. I'm just going to go through my experience from when I opened the game.
"Cool a top down puzzler! The helsman is funny and I love the original humor. Lol, I just died instantly. Lol, I died again! ... Wtf. I don't have the patience for this."
In summary, I'm too impatient to be playing such an unforgiving game - that's just me though.

I didn't mean ALL browser games. Just the ones on this thread for now. Great game you made though! I've commented it now.

Awesome! By far the game I've played for this GameJam so far. It runs smoothly and the springy platforms were really well done. Using crouching to speed up on descents is extremely smart, because it adds skill in the form of risk management and timing.
I hope I'll find the secret at the end eventually. My record is only around 3900 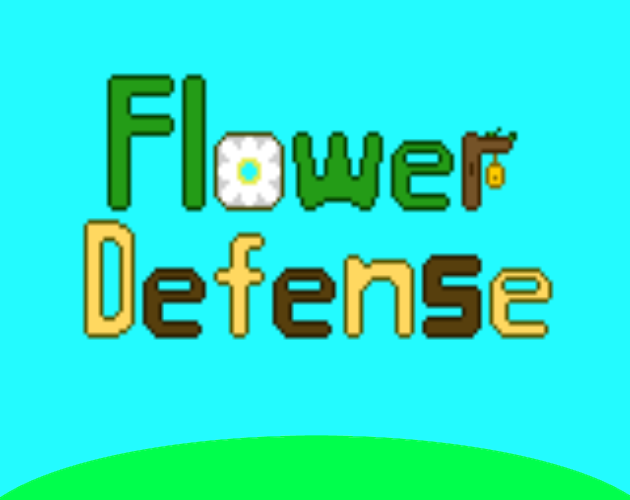 I played and commented all the browser games, and will playing the downloadable ones eventuallly on my PC.
I've submitted my second game ever, this time with a teammate that worked on all the sprites with me doing the coding.
Hope to hear great feedback! https://itch.io/jam/great-spring-game-jam-2021/rate/942474

I made it to 7001! The lighting was amazing! It made feel majestic at times when I had a good amount of petals.
It does get boring though. Perhaps adding some difficulty with something you have to jump over to avoid getting hit that incentivises the player to jump. But if it was the peaceful atmosphere you were going for, then you got it 100%.

Bug:  When I have to pay 100 phosfor on the max level tree, the requirement shows 00.
Flaw: I got kicked out because I accidentally pressed on the 'sumbission to the gream spring jam' link covering over the game screen.
Great game! I may be retarded, but I had a hard time collecting the resources, I feel like they should have a bigger collision shape.

I found the different aspects of the game pretty smart. Defend your flower from snails by commanding frogs to eat 'em. The use of phosphor and nitrogen. What amazed me the most was the shifting of the sprite when you're planting the flower. Very cool.

I played through the first level. The art is greatm the music is good, but becomes annoying after a while becuase of the high tunes. I would recommend raising gravity to make the control feel more responsive.

Reply
🌷 Great Spring Game Jam: 2021 🌷 community · Posted in Looking to make a score and soundscape for game
LonelyHermit141 days ago

Hit me up on Discord at JasonHermit#9805.
We're working on a TD game and are looking for some springish music and juicy sound effects.

Very cool! I would make bullets larger and quicker and make it possible to shoot in a circular fashion

I had a dumb grin on my face while playing this. I found the experience very cute. I would have preferred i faster moving speed. HAVE A LOVELY DAY

I hold similar opinions as the other comments. I would like to add two things though. I loved the atmosphere, which is due (I think) to a good combination of sound and art. With regards to movement, is it intentional that diagonal speed isn't normalized? If not, remember to simply normalize the speed vector.

The level design was great. It kep getting better and better. I love that I don't have to be precise, I can just smash into the wall, and jump from there. Very chill.

I feel the we share the same core mechanic in our games, but you implemented it way better.

Very cool. The level design was great. You were right with the jumping being janky, but with the way you made the level, you turned it into a neccesary future, which I find smart.

Also, sound makes a huge difference. I know it's a super obvious one. I added it last minute because eh, but it really would have been nice as a feedback for the pick up.