You may want to add the "visual novel" tag, as it is a renpy game. I feel like it'll get a lot more traffic as that's what renpy enthusiasts look for.

Agreed, the side CG's better but something's off about the front sprite.

I agree with the previous comments...I don't rate projects with copywrited material in them. The lines are also distracting.

you may want to add the visual novel tag on this, it'll help connect it to other visual novels

For Maelbjorn's couplet, to keep each line with ten syllables, here are two possible alternatives:

If you want to talk more about this, I'm Kopten#9136 over on Discord.  Let me know if there's anything else localization-wise you'd want a second opinion on, I love this sort of thing.

I'm interested in seeing where this goes. I really liked your french couplets, so I tried to make english versions of them:

An heir, heaven sentenced to perdition

The sword has become his chief ambition

So strong and slender, the lord of the hunt

Pursued by phantoms that he must confront

Heir of the dragons, lover of the flame

Avoiding cold and blade should be his aim

FYI, you may want to tag this as "furry", that will probably help get some more eyes on your project.

Congrats Roddo, i think people are really going to like it. One idea for a CG for the Prologue could be Nerus and Shax in bed...either healthy or

Is there a reason you keep making new game pages instead of just updating the existing game?

Sure thing, i'll test it out today!

I really appreciate how well you took my critique from earlier...most people don't take criticism well, and I honestly believe that you have made a better product now. I appreciate that you still left Bat's anger towards Bear in there but allowed him to later regret how he talked towards him. It shows that relationships are tough and there's not always a wholey right and wholey wrong person in an argument.

Also, I really like the revamp of Bear's route. Feels a bit more weighty, and both of them get to be strong in it.

Hey, this game is too big for my screen...maybe make an options menu?

need to find the bell in Exploration

I think you are conflating these things. I agree that Poseidon was the person who sent the deed. However, I believe it is Zeus who is the person we see in the prologue, given Hermes mentioning that his father was basically losing  his  mind and both of them being described as jittery with coffee.

Might be more of an oblique reference, but it could also reference the Mark of Cain

13 Cain said to the Lord, “My punishment is more than I can bear. 14 Today you are driving me from the land, and I will be hidden from your presence; I will be a restless wanderer on the earth, and whoever finds me will kill me.”

15 But the Lord said to him, “Not so; anyone who kills Cain will suffer vengeance seven times over.” Then the Lord put a mark on Cain so that no one who found him would kill him. 16 So Cain went out from the Lord’s presence and lived in the land of Nod, east of Eden.

Not that I think Asterion did anything wrong, but the  difficulty with the land / mark on his head leads me to think this might be part of it. 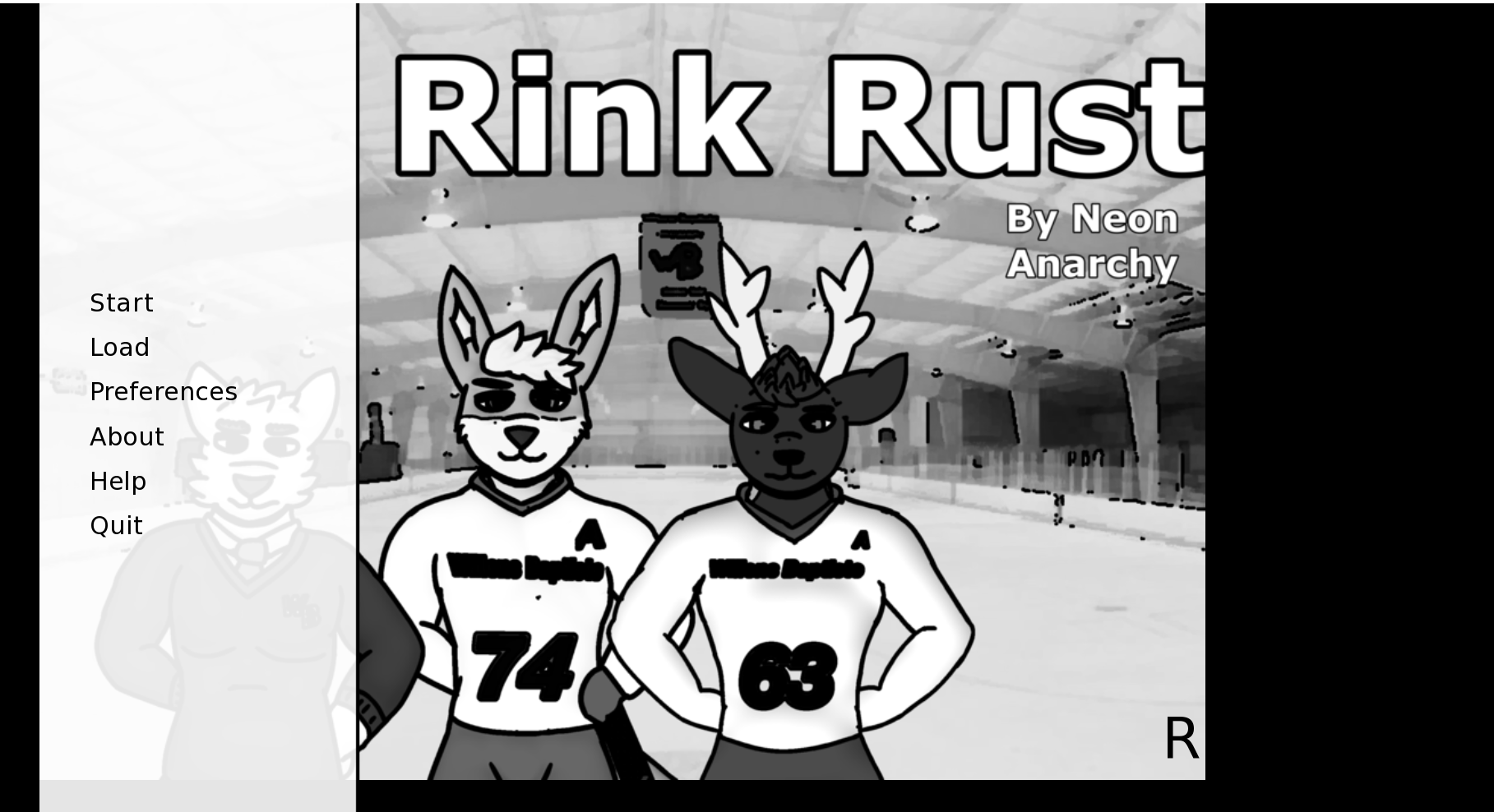 Also, I think you missed a jump at the end of this code, It proceeds into the nospot another option

Now that the 0.5 meme embargo is over 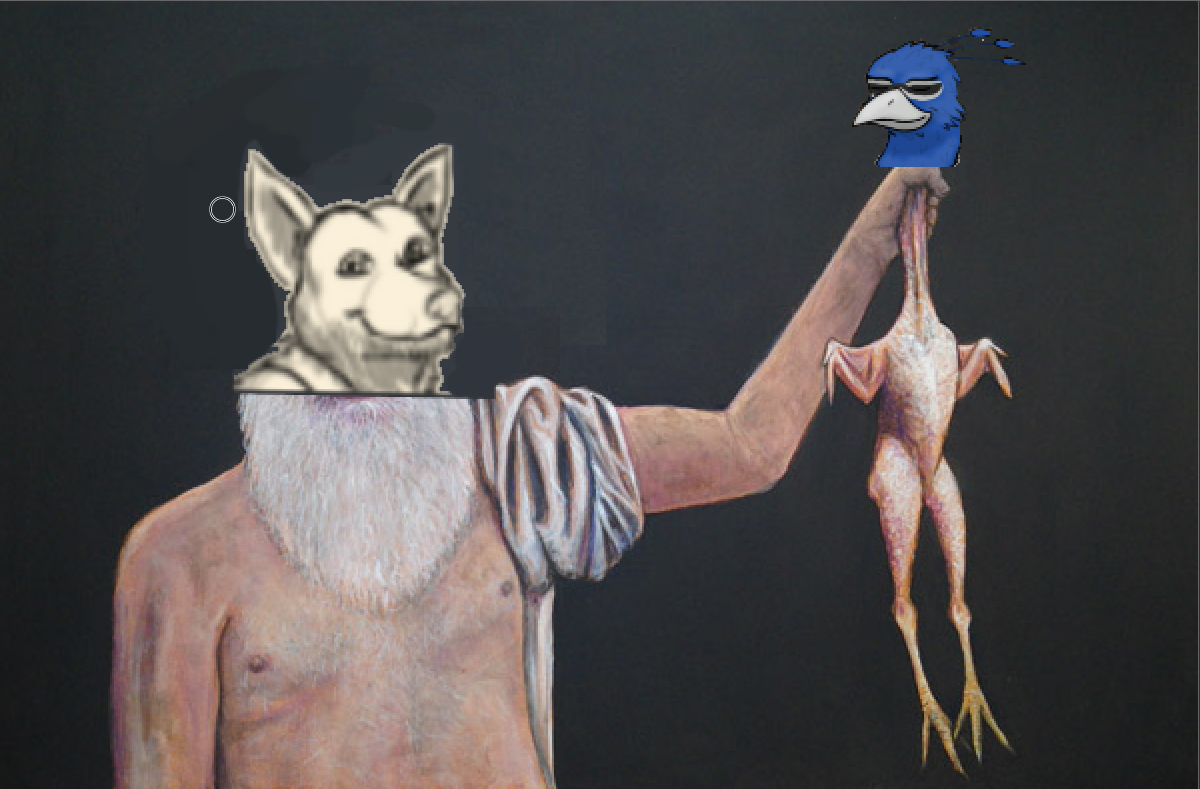 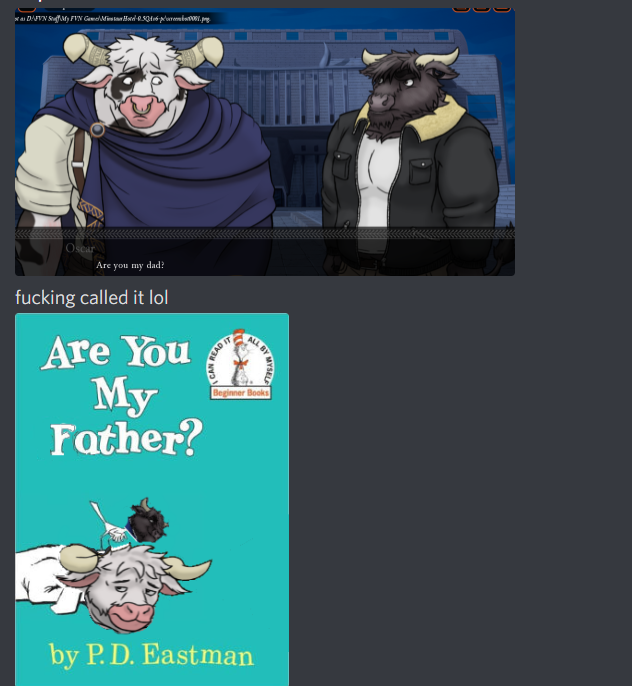 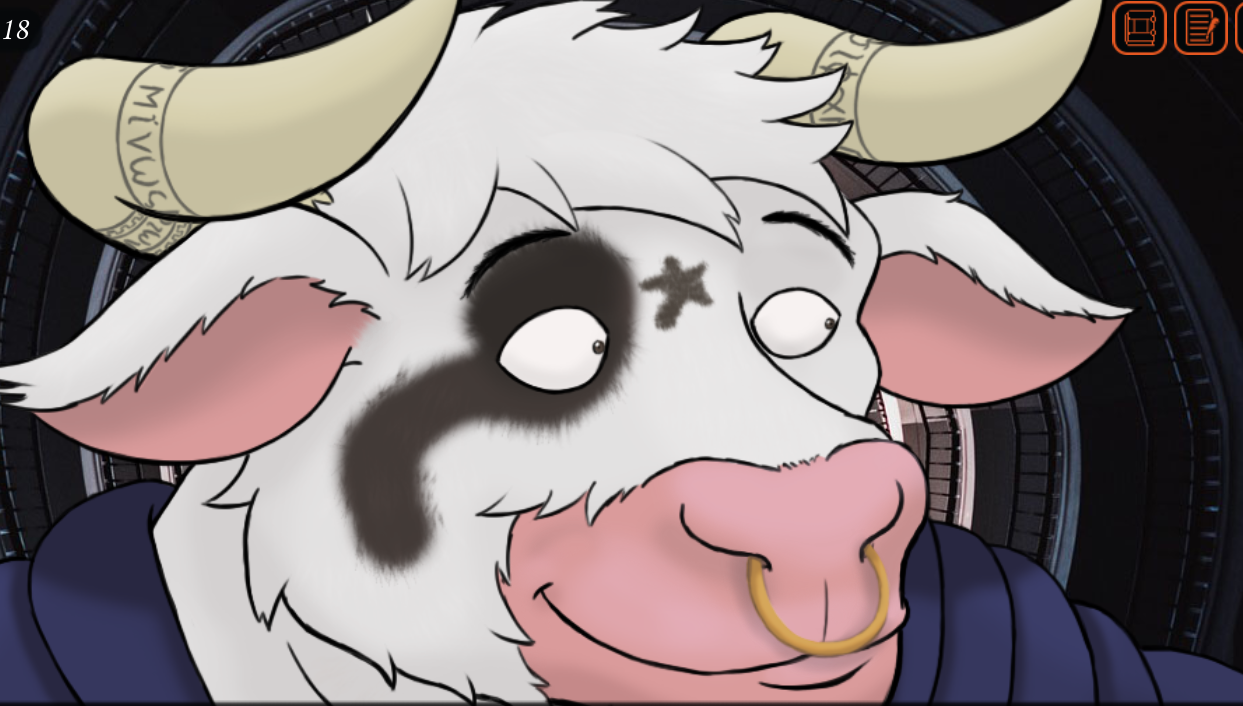 That moment when you've been playing "The Witness" while waiting for Mino Hotel to come out and now you can only see asterion's face marking as an environmental puzzle and have to remind yourself that tapping on the circle will never allow you to trace it.

I'm biased towards the purple tunic thing and the black and white Asterion. Glasses asterion is also nice.

No prob, thanks for taking this so well lol; a very popular VN has a very wrong bit in it but didn't like me correcting it.

But yeah, although no country speaks it as a language, it's very useful as a bridge to learn romance languages and for learning grammar in general, as it's very systematic.

Cool! Just wanted to give you a heads up that it's not saying what you want it to say (I took like 6 years of Latin in school like the big nerd I am instead of taking a more useful language ;p )

Besides maybe the sprite posing/animation and some point and click segments, where do you envision the ace attorney inspiration coming up?

Looks interesting so far. Just a suggestion: if you tag this furry due to the anthro characters, you're pretty sure to get some more traffic here.

Hi! you may want to tag this furry...I think that might help this be more visible.

Hi, i was curious what  you want  "un solis ad terrae" to translate to? Did you get this phrase from somewhere?

Just an idea, and dunno if this helps with the searchability, but perhaps the subtitle dould be the name of the unit Judah's a part of?

Reply
I'll Breakup With Him, It'll Pain community · Posted in Typos and glitches
KoptenOwl1 year ago

not sure if you are already aware of this, but neither of the current android versions work on my android phone...is a fix to the android version in the cards for anytime soon?

Polo for sure...i like a man in uniform OvO