Thank you very much for the system.

SO CUTE! I love how lively this little town is. And you got perfect music to accompany it.

I hope you continue to build out this world!

Your work inspires me so much!! I watch your YouTube videos on GB Studio on repeat.

Such a great world. And the humor is on point.

Hey, I hope you enjoy my game!

I love shmups! I always wondered why some shmups can be vertical and some can be horizontal.

If it's arcade, it depends on the cabinet's screen, but the Game Boy is 160x144, almost square like.

How about adding horizontal movement? I don't like being locked to only vertical movement.

Ugh variables can be so annoying in GB Studio sometimes!

If the keys are incrementing a variable, maybe consider a boolean for each key instead?

Dang.. I tried it again, this time with Witch, Simple, No Sound, Blobs, and still can't progress. Got the two keys in the bottom row and the one at the top before the end.

Two game makers in one! Wow!

Appreciate the save functionality. I played the platformer (witch, night) on physical before, and it was fun to hop right back into the game I had made before.

I found three keys.. How many total keys are there?? Two on the bottom floor and one on the top? 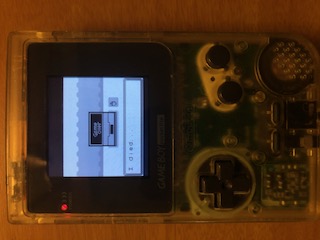 The cat divers are so cute. Love the little dialog that appears.

My only feedback would be I was confused on how to start this game. Why do you have to press the 1 key to select player 1?

Interesting mechanic- left and right hopping! And the D-Pad controls the platform.

I think you should take control of a new platform any time you are close to it. Sometimes I was falling and wish I could control the platforms below again.

I think this would be great on an actual Game Boy with buttons! The placement of the A and B buttons lends nicely to the idea that B goes left and A goes right.

I called a frog driver a "b*tch", which did not affect it, so the frog driver ended up flirting with me! So I cried and fled!!

Love it. It's like a mixture of Pokemon and Earthbound. 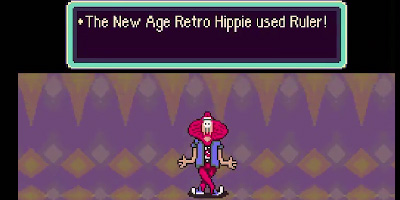 Intense! It feels like Flappy Bird meets Icy Tower. Love the palette and the feeling of scaling an endless tower.

It's tough as nails, I'm still not sure if I got the mechanic down. I kind of wish you could go through a platform from the bottom. Not sure if that would be game breaking.

This game is so polished!

I love that you don't die when you fall, you only discover new secret areas. And it isn't so bad to get back on the path. There's a lesson in this game- you can always move forward.

Love the maned wolf's sprites long legs!! And the music and palette made each level so unique. The shadow foreground mechanic is wonderful too.

This game is so great!! The AI feels really competitive, but not unfair! I just lost by a hair which hurts but it didn't feel unwarranted.

And I love your art! So expressive.

I started with the Dodge Ball stage, which seems a bit incomplete? Maybe put it in a minigame section?

Wow, incredible concept and such a deep system! Armored Core / FTL for the Game Boy.

Some of the buttons were kind of weird for keyboard- I'm used to Z/X for B/A.

I love all the different concepts for ships! My favorite mode was having two bots fight off each other (prebuilt ships). If you could add epic space opera music this game would be so cool!

Fun! Haha why are there : ( faces at the end screen?

I love playing as a rat with ninja throwing stars.

I think pressing throw should be quicker to release- as soon as I tap it. But.. the animation is nice. Hmm, not sure how to get around the timing.

Haha this is so funny!! If I had a casino right by my house it would be really dangerous. And I'd be pissed if I couldn't hit more than once at a casino (I went from 3 to 7, plenty of room to hit haha).

The map layout reminds me of Pokemon game centers:

So much fun! Reminds me of the Chomp Chomp mission in Link's Awakening: 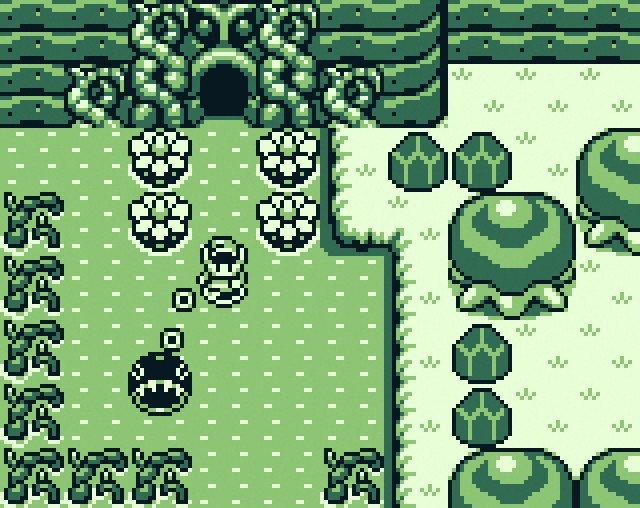 The first puzzle is really satisfying. I kept on thinking, what's the deal with these footprints?? And the A-ha moment led to the Pelican king showing up!

Sometimes the triggers to transition the scenes were a bit too small and it felt like I should've been moving to another screen but I just hadn't hit the path.

Pokémon games can vary so much in quality- extremely disappointing to world building masterpieces (including games like Pokémon Pinball or TCG for Game Boy).

I had no idea they made a Pokemon Picross!!

And I cannot recommend Pixel Puzzle Collection enough- it's really surprising how much they offer you for free, and it's tailored to "touch".

Have I been flipping.. the wrong way? I just noticed in the screenshots it seems like you should be flipping forward!

The best games have fun physics- which this has in spades! I used to play this game called Motocross Maniacs on Game Boy obsessively and this reminded me of it.

It's so fun when you jump at the top of a wave and get a ton of air. I hate hitting corners, though!! Feels like in Sonic when you hit a wall accidentally. But, I suppose, like Sonic, you'll grow to really appreciate each level's paths and can truly go fast.

Ahh so difficult but SO rewarding!!

I hate to admit the first time I played I got stuck at level 3. But coming back, once things clicked, I couldn't stop! So much fun. Stuck at level 9 again.. but hoping I can pick it up again and finish it!

I'm so happy to hear you'll continue to expand this.

I thought immediately of Canabalt- but you can do even MORE with just one button. It's so fluid and fun, and as you can see with how much I played it, it has a lot of depth!

I hope it catches on like Canabalt once people see how simple, but deep the game is.

Pirouetting is so relaxing and effortless! And Claire De Lune really shines when timed with getting coins. It reminded me a little of Rhythm Tengoku.

I agree with some of the comments below- the death can be jarring- and goes a bit against the flow of Debussy. Maybe just a penalty to points?

Please look forward to  the next release of Pocket Camera!

I hope to add Superman by Goldfinger into this game once I learn how to use a music tracker.

Lakitu ends up saving Toads that hit the water here! Kind of an interesting take on saving the Toads that fall.

I just unlocked  "eyerobot" : )! Looks like a game boy camera with wings to me!

I really love the : 3 computer character to the left!!

And quiz games are always so fun! Have you ever heard of Quiz & Dragons? Maybe you can add an RPG element to this!

Diagonal shooting is niceeeee. Any chance you worked with GB Studio? I couldn't quite get diagonal movement down.

It used to be super easy- I used this app called Wine.

But then I upgraded my OS recently and now I can't use these anymore (something about 32bit being deprecated)!

It's frustrating- I couldn't even use module trackers like OpenMPT or MilkyTracker for this jam.

Oh it's fine! I should get a Windows device anyway.. It's difficult for me to play a lot of the games in this jam unfortunately.

Oops- I missed the web version the first time.

This is so fun! Looks and sounds like slots- the music and sound effects are really rewarding and keep me wanting to keep spinning! 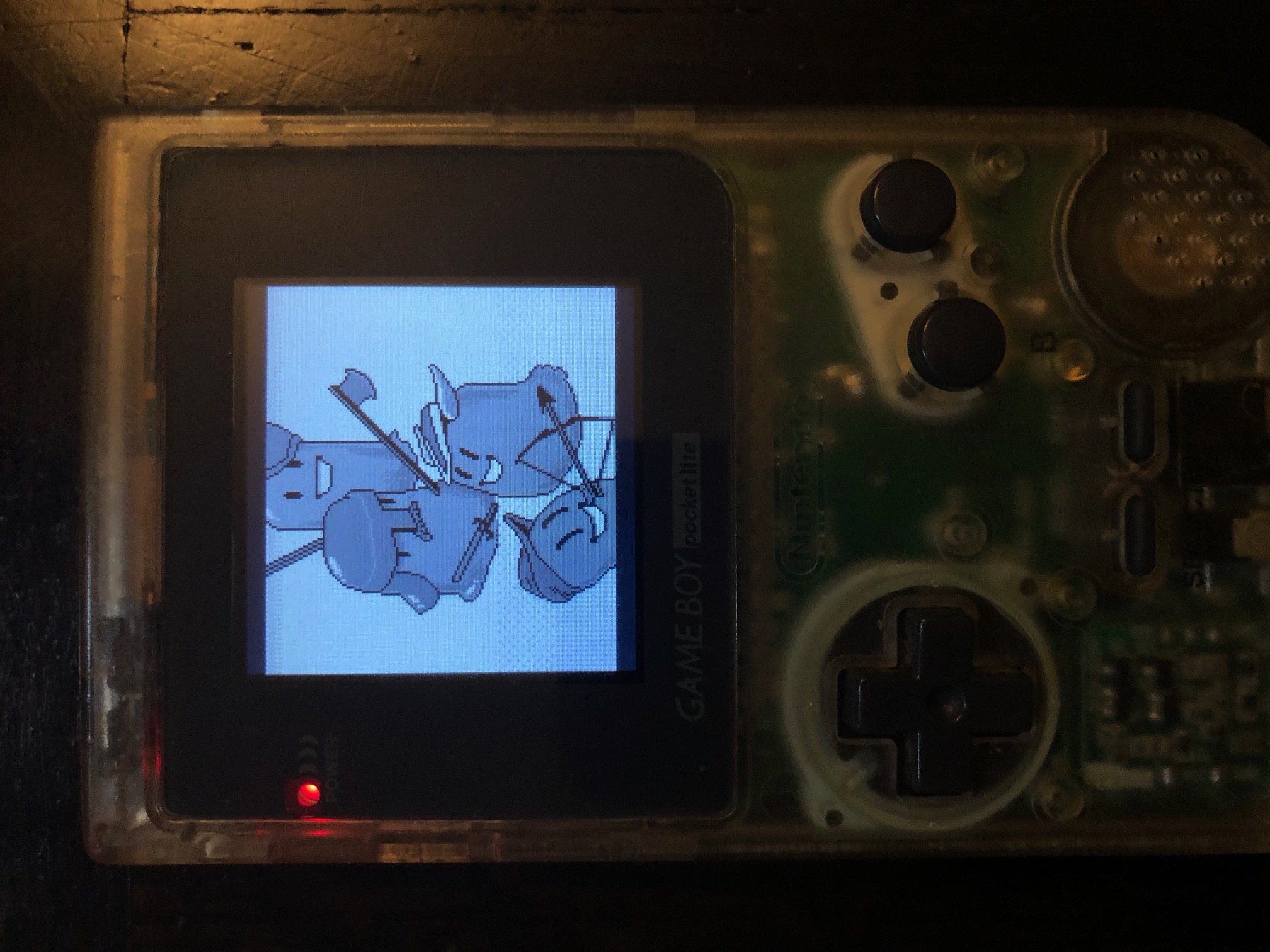 Oops, not a drowning noise, a "shout" (for joy) noise!

Haha I love that the bears just.. fall through! It would be hilarious if they had a little "drowning" noise.

I really, really love the layout of your CSS. It looks so nice seeing a Game Boy shell with the same green as the DMG. On mobile it comes out especially nice- like a Game Boy!!

The only thing for mobile (not web) is that I would prefer if I could use any button on the D-Pad to move left and the A button to move right. Sometimes the buttons are not what I want to press because I just want to limit each side to each direction. Does that make sense?

Edit: Actually, I think it's not about hitting the wrong input accidentally, it's that the buttons are small on my phone (iPhone X resolution). But, at the same time it looks really nice as-is (aspect ratio looks like a real game boy!). I suppose buttons will always be better than touch screen.