Cool game! I like how the rewind mechanic works. It's not that punishing to the player because you can just rewind 1 player you think needs a rewind, which is very nice. Also I like the art and sounds. Great job

Thanks for the feedback! I agree a countdown would've been nice, but as you probably have noticed, we lacked some time XD. So there were quite some bugs and unfinished features. We overscoped a bit. I'll try out your game :)

You have to enter a level via the level selection menu. But be prepared, the play button isn't the only thing that's broken

Fun game, interesting mechanic. Only thing I'd say is a bit of a problem, is that it's not really replayable. Once you know all the traps you can make the whole thing in one go. Nevertheless fun to play!

Great game! Nice art, good game feel and very polished. The only piece of advice I could give is to check whether or not the game is possible at all times, because i had the feeling this wasn't always the case in the heated plank fase (or it could just be me being bad). Also maybe indicate what skill test is fired and when could make things more clear. The animations look really good and the models all just look good in general. Also, I love how the game is designed FOR the player and not AGAINST the player, by making it very forgiving. It's still a hard game, but things like just jumping on top of an object don't cause your death, which is very nice, because you won't feel screwed over. Overall pretty amazing game :)

Aha, I misunderstood your comment then. Actually 4-5 waves of objects before the 3rd group is normal, the difficulty of the game just scales up waaaaay too quick. I know someone who had over 30000 score, which means he had to remember, like, 32 waves of objects per round. I have no idea how. But yeah, we kinda rushed the level difficulties... whoops

Thanks for the feedback! You are totally right, there are a couple of things which aren't quite clear within the game. Also, the difficulty curve is pretty harsh. But that's just what we learn from :) Glad you liked it, though.

Why the king has no pants, you ask? Because those are for peasants and he ain't one! In all seriousness, he probably had a traumatic experience with pants once. The peasants will tell you the upcoming few falling objects, we didn't make that clear enough; we had no time, every jam's problem ;) But the waves won't trigger before you get there, so you don't have to worry about that. Thanks for the feedback! In the future we will definitely try to focus more on a tutorial of some sorts.

The fans tell you where the stuff will fall

ahhhh, will play it again then, tomorrow

Like others said there are quite some bugs in the game XD . Each level (probably unintentionally) introducing a new delivering mechanic hahaha. The bugs made it kinda unplayable in the way you intended but i still had a good laugh because of the funny bugs, which is great. Also the idea was good.

Cool little game. At some point I got stuck because I could not drop enough inks to reveal the jumping platforms, but it was a very original concept and fun.  Well done!

There was not really anything i could do, because my teammates didnt pick up the items i dropped. I definitely see it was a nice idea though and the art is great!

Yeah, we were already worried not everyone would be happy with the 'Balkans' and 'Baltic States'. Unfortunately we had no choice but to shrink the amount of countries, so we figured it would be the best to make those 2 groups as they are already being grouped sometimes. Sorry to all people who live in one of those countries. Just know we didn't have any bad intentions, we just had to make decisions ;)

There is no end screen, but I think it's fair to say that I completed the game XD. Very fun concept and nice art and music! 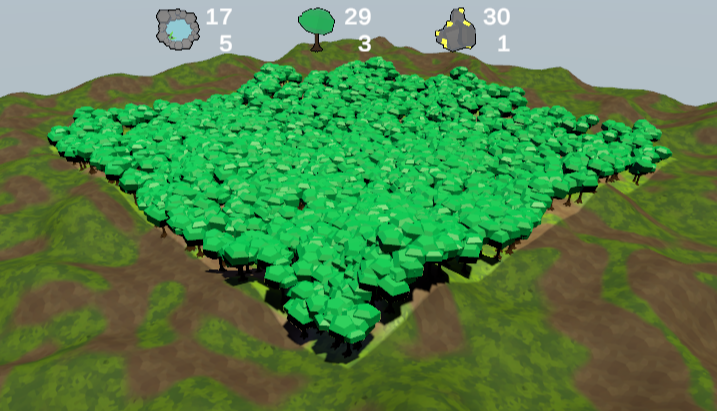 Wouldn't you be scared if a random guy with a camera was tracing you? ;)

I like the idea of the game and I'm amazed by how much you've achieved on your own in 72 hours. Unfortunately, I couldn't get past the first movie, because the scenes didn't save. I think not having scenes in my film because of that, also caused my instant bankruptcy. Wish it worked for me, because it looks really cool and the music is amazing

I'm glad to hear you liked it! The 'compass' is actually a wind vane. On this game page, you can read how to use the wind to get closer to the animals. We will make sure to make it more clear in future versions. Thanks for gdwc recommendation! I'll take a look to see what it is. 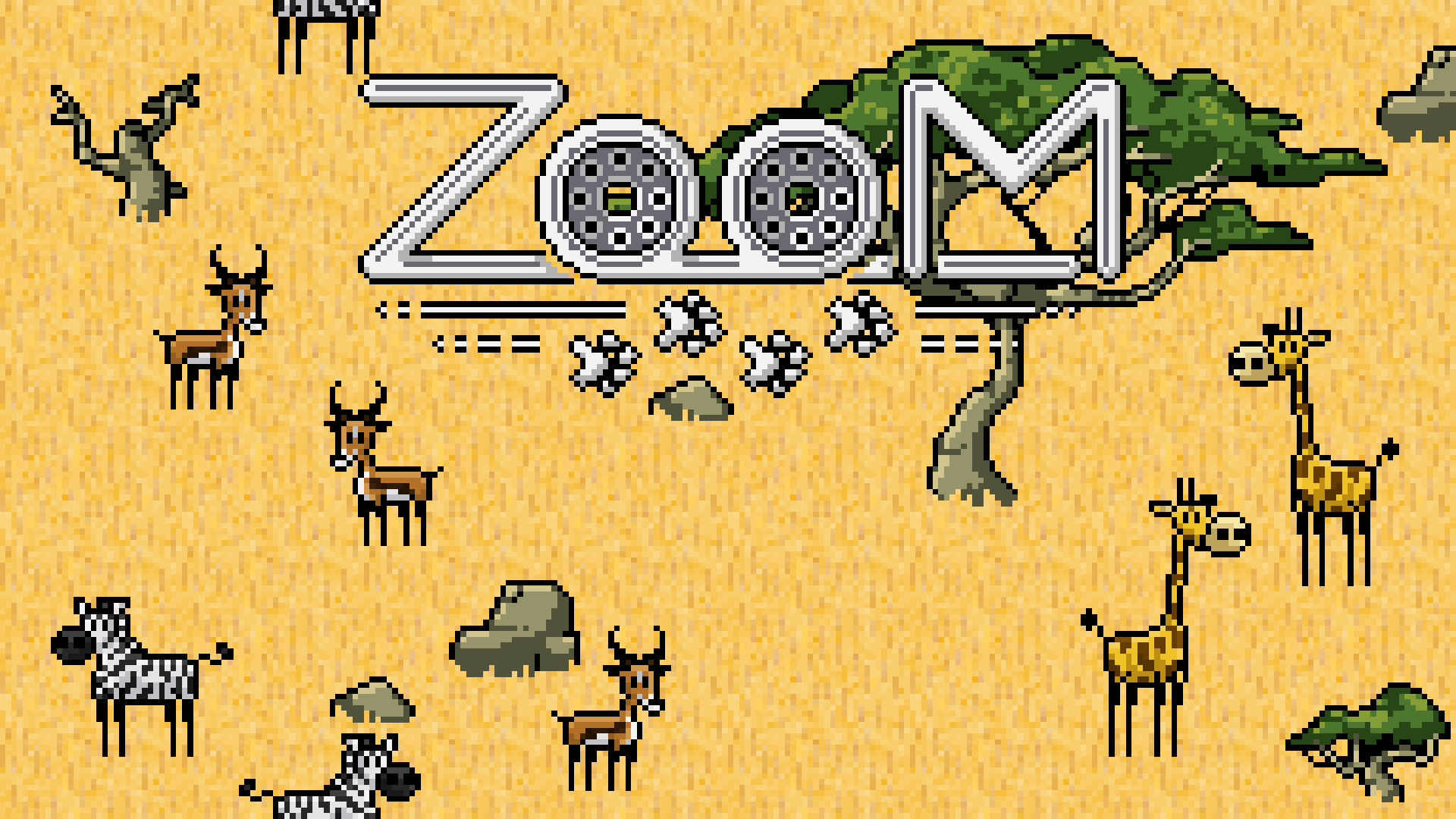 This game is about a camera man, who wants to shoot a documentary about life on the Savanna. In each level, you'll have to film certain animals for a certain amount of time. The animals will run away from you, but you can come close to them by having the wind in your back, so the animals won't smell you (the wind direction is indicated by the wind van in the bottom left of the screen). We made the game in 48 hours for Mini Jam 31 and we'll continue working on the game from now on. We hope you'll have fun. Now start filming! 3... 2... 1... ACTION!

There should be something after level 1 now. I messed up the files, sorry. About pointing up or down; we'll improve the camera field when we'll continue working on the game, but it needs some thinking. We haven't thought of a better way to do it yet, but we'll keep thinking about it. Thanks.

Thanks for the feedback! We'll definitely think about a good way to do this when we'll continue working on the game.

The rhino's are very rare, but you'll find some if you search for a moment ;)

Could you try again then, because I think I was just working on it when you played it, so it wasn't correct resolution yet. It should be correct now

I see you changed some things. It's definitely a lot more challenging right now. If you want to make the turrets unmovable, you should make them sellable and buyable though, because a tiny mistake can cause your loss right now. Also I found another issue that pops up since the turrets are unmovable; it's impossible to cancel placing a turret, so if you clicked it, you can't do anything but placing it. Glad to see you are improving the game!

- I'd like it if everything is unmovable once you place it. I think it'd make it more interesting because you'd have to think more about the placement of the buildings.

- Also, I'd suggest having to buy and sell the turrets, so you'd be able to fix mistakes in your organization or be able to quickly save a lane.

- It'd be nice to have some more gameplay as well. I understand it's a jam game. It's just that I liked it, but then nothing happens anymore because you defended every lane (you could possibly make an ending as well if you can't come up with more gameplay anymore at some point).

- Once you get around the 5000 score mark, things are getting really easy, and defending the last lanes isn't really a challenge anymore. This is a bit of the same point as the previous point; just have more gameplay.

- One thing that's confusing to me is whether or not the tile level system has an effect on the walls and minions, etc. (basically everything that doesn't shoot). Maybe you could make clear if a tile is unaffected by the tile levels (either because it's empty or because the building on the tile has a constant level). It'd make things much more clear.

- Another suggestion I have for the clarity of the game is making the visuals of the different functioning buildings more distinctive.

- My last suggestion is to make it impossible to place stuff on top of the grey spawning boxes (shops, idk what to call it), because it makes things confusing.

I don't know if you're gonna continue working on this, but I think it's a  cool concept, so I'd say you should if you feel like it. Add some more gameplay, and maybe spice the art up a little bit and it could be even better. Good job!

(That's a lot I just typed. Just know I did that because I liked the game)

Thank you for all the feedback! Because of shortage in time we didn't have a chance to play the whole game from start to finish, so the ugly bland blue screen at the end slipped from our attention :( Also, we didn't have much time to balance the levels and towers unfortunately. We overscoped a bit, so their wasn't much room for polishing and balancing. I'm glad the game kept your interest for a while. That's nice to hear. Again, we appreciate your feedback. That helps us to do better next time.

Hard to understand at first, but when I understood the mechanics, it was pretty fun! I'd make the harder levels more interesting in some way, because it was kind of boring to wait on the planets to come around again, but I think it's a nice little game, with nice music and an innovative idea. Good job

I asked around for you and this is what I was told:

Mark file as executable (right click, permissions, mark as executable or chmod +x filename in terminal). And either double click the file or run ./filename.x86 from the terminal.

I can't check if it works, because I don't have Debian, so you'll have to try yourself.

Hi, did you download the Linux files instead of the Windows files?

It looks really dreamy. I like the dialogue texts. Nice little game

I fixed it! Also I fixed the music; sometimes, the wrong music was playing. It's a little bit easier to notice the changes in music now

Fun little game! It's cool that you had time to make that many enemies and 3 different levels. It makes the game more interesting and fun in my opinion.

I think the light/shadow effect is really amazing! I was really curious how anyone would make a 3d game with the 3 colors limitation, and I think you nailed it. It's fun to play and it looks really cool. Great job!

Thanks! I noticed this bug in this level but didn't have time to make a new build yet. I will do it today. About the music; yeah, the changes in music are way too subtle. That's something that could be improved a lot.

Thanks for the suggestions! I am glad you had fun.

* The goal of the game is to match sounds of a button with the right door to open that door, but the changes in music were a bit too subtle to be clear. Sorry for that

* I will make the character a bit faster

I'm very sorry! I made the whole game, so I can change the color palette whenever I want to, but the colors were reset somehow :( I made a new build, it works now!