itch.io Community » General » Release Announcements · Created a new topic Self Protection 101 - Self defense scenarios in the style of a visual novel
Imitate Fire1 year ago

What do you do if someone tries to mug you? How do you react if you witnessed a robbery in progress? Can you survive a mass shooting? Experience is the best lesson, but you only get one life IRL. Don't waste it by making a stupid decision. Make the right choices (or not) and learn some lessons along the way. 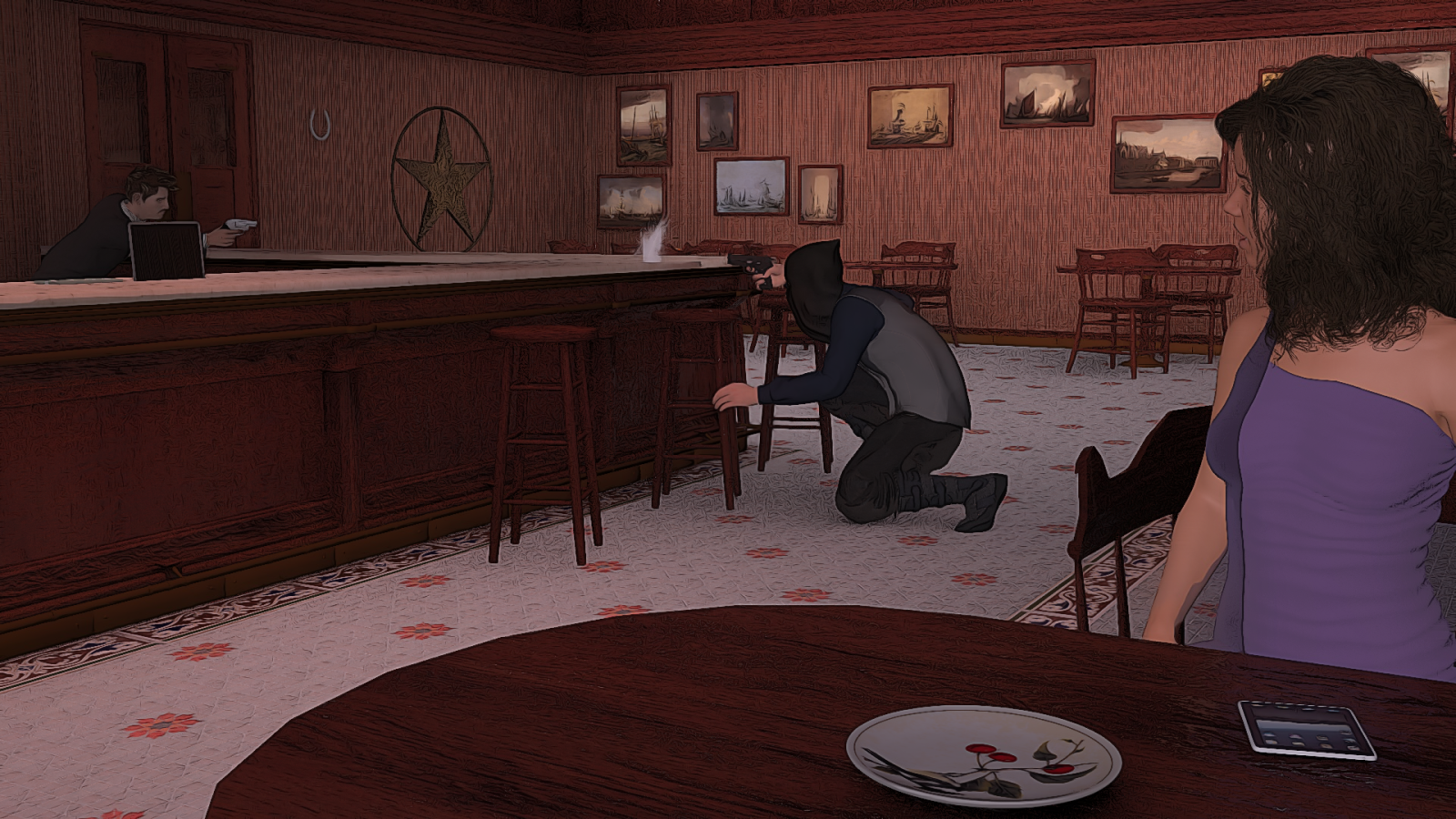 Thanks for the comment, I can send you a key if you'd like. Add me as a friend on gamejolt seems to be the only way to PM: https://gamejolt.com/@imitatefire

Thanks, I think I did look up the dutchie thing, but figured it looked too much like it says "dutch" and might confuse people. Also, I did have it as left, but there's heavy silver lining in the game that made more sense to switch it to right. Times are a-changing ;)

Thanks for the comment, I can send you a key if you didn't get one from the giveaway. Add me as a friend on gamejolt seems to be the only way to PM: https://gamejolt.com/@imitatefire

Reply
itch.io Community » General » General Discussion · Posted in What is your favorite game? and Why?
Imitate Fire2 years ago

Your game already looks charming from that one promo image. I never follow games from development, but yours has me tempted.... I think this thread is making a breakthrough lol

Nice! and thanks for being honest and linking to that post. Enix and Headspun are great!

Reply
itch.io Community » General » General Discussion · Posted in How much money do people make with 'Pay What You Want'
Imitate Fire2 years ago

It doesnt take long, and at least it gives people an option to show support. but unless you hit a homerun, you won't make anything even worth cashing out, and then you need a paypal to cashout which you do sort of have to jump through hoops to setup an account there. Also, because Itch isn't based in my country, I got a call from a bank or govt thinking my identity was stolen. I likely wont cashout any money I make here, and I hope it's possible to just use that money to buy other games on the site (havn't tried yet)

Reply
itch.io Community » itch.io » Questions & Support · Posted in What can I do to make my game known to more players.
Imitate Fire2 years ago

Itch isn't the greatest place to get noticed, but it is the greatest place to make custom gamepages. I would suggest indiedb to get noticed, where one article can net you hundreds of views, however, I absolutely hate their gamepage layout and not all articles make it to the homepage. Write some long posts about your games or VR in general, then funnel players back to Itch.

I wont download 99% of free games because most of the time the game looks like Ill delete it after 20 mins, Even if it looks cool, but someone has a video posted in the comments that shows it's a 10 min playthrough. Just not worth the time of downloading/extracting/etc/deleting.

I will only download games that clearly have time and love put into it by the dev, will be immersive, and have hours of content.

Reply
itch.io Community » Game Development » General Development · Posted in Has anyone ever ran a successful giveaway?
Imitate Fire2 years ago

For some reason itch doesn't get nearly as many entries  as a steam giveaway would. But i do have one scheduled to happen mid April with hundreds of keys. lol probably everyone who enters will win, but i dont mind because i never expected to make serious money doing this.

Looks cool but any plans for non vr release?

Follow 4 protagonists and celebrate 420 in a city on lockdown - where local dealers adapt to legalization, and good times never stop rolling.  With a chock-full of zany supporting characters and kooky decisions. This comedic work of THC puts a spin on untold history.

I'm excited to finally release this... But Im even more excited to get back to PLAYING games!

Giveaway of 420 keys is slated for mid april. Cheers!

You are right, I didnt notice but ratings are shown in the more information dropdown. But I hate Steam how you have to own the game on steam in order to even comment or post on the game forum

I don't think Itch really takes ratings into consideration. You can't even see the games actual rating. I think it's only used to help itch choose what makes it to the homepage. So unless you think your game is homepage worthy, don't worry about ratings 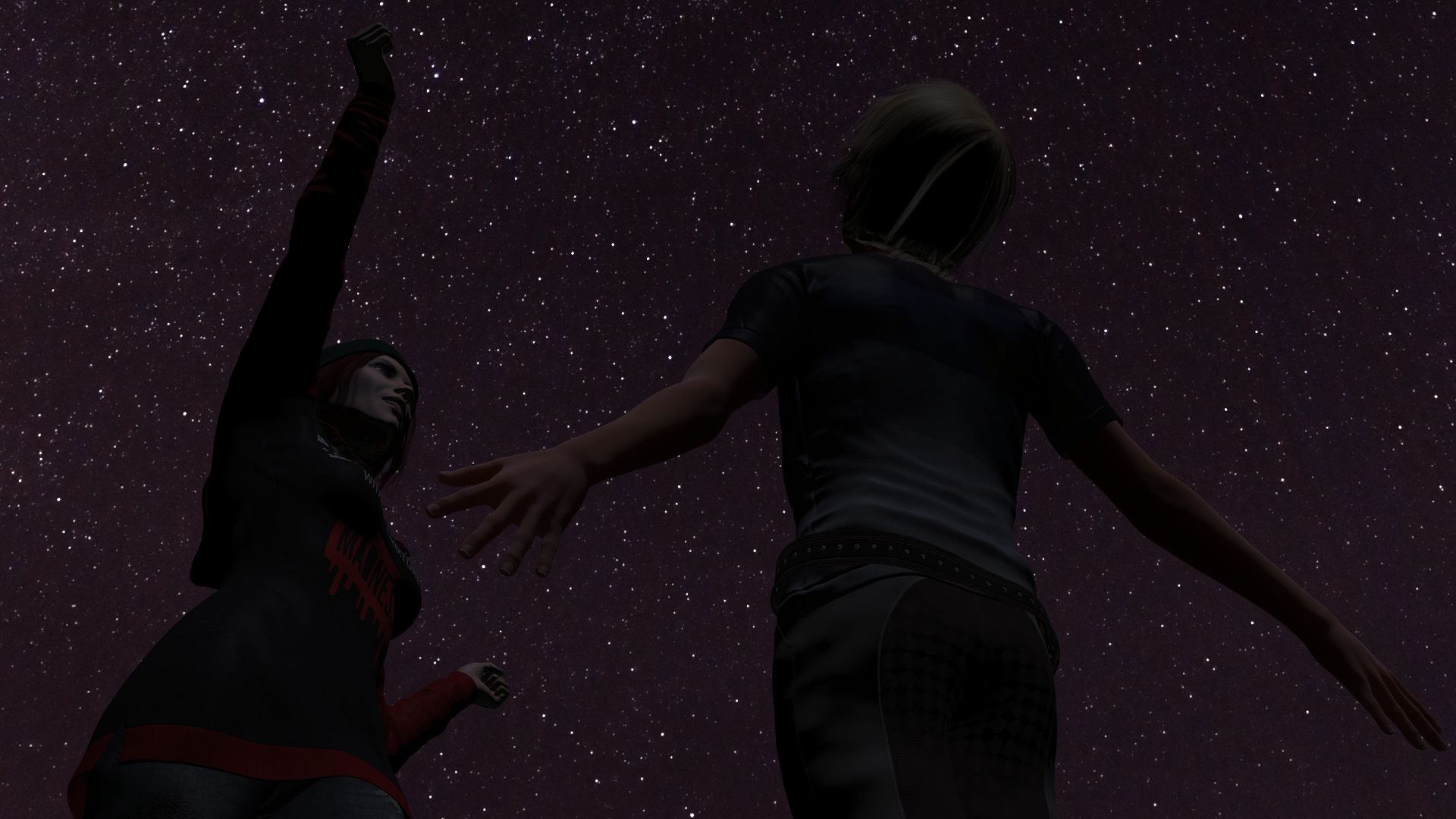 Preparing to release my first visual novel CANNA-BUS. lol yes it's just as ridiculous as it sounds.

Reply
itch.io Community » General » General Discussion · Posted in Have you ever worked on a game for a long time...
Imitate Fire2 years ago

Welcome to life! lol. Where you can work your whole life for something, only to have it taken away.

And I'll give you a key to episode 2

Love the name, but I don't see how the story will tie into an infinite runner. Needs to be way more intense. The footsteps make it sound like it's moving even slower than it appears, get rid of them for some rollerblade sounds! Everybodys skating in these games anyway, why hasn't anybody done this?!?

Cool man, shoot me a link when you do.

Reply
itch.io Community » General » General Discussion · Posted in Why is horror games so popular on this site?
Imitate Fire2 years ago

Free adrenaline rush. Not many free games can do it, but EVERY horror game does it and I bet most devs/players don't even know it's being done and that it's an addiction. #darksideofgaming

Everything has been done. The only original ideas left are the ones that make people say "I can't believe we live in a time where this is a game."

With that said, I finally understand why devlogs are so  important: you need that community to root for your absurd game!

I know, it's really stupid. I can't remember how I got one or what it is, but I only used those forums for a day.

Just use Discord. There's a renpy server and you'll get instant help from many experienced people.

Thanks m8! Episode 2 is planned for early april

VN's are a B* to market because any beginner programmer can make one. But I actually love the look of yours! (the trailer anyways) it looks perfectly twisted. It's near impossible to get someone to purchase them unless you have a homerun. They say if a game will be successful you shouldn't have to do much marketing, it should fly by itself. So don't make VN's with the intent of making money. Sadly they are near worthless in today's society. Even if you have a story that wretches every persons heart who plays it.

There's a million places to market on the internet.. Yours is about a horror rave or something? That's prefect to find unconventional places to market it. Get away from the normal game sites where there are thousands of other VN's. Find the rave communities where they aren't oversaturated with games.. And frankly, probably don't even know what VN's are, or where the bar is set.

On the surface, my game is in the same boat as yours.. https://imitate-fire.itch.io/canna-bus

edit: The fact is, if you don't have a hit game and still want to make money from it you have to go where the money is ie. Steam, where there are more players than devs who actually spend money on games.

Congrats! You came in here having no clue, called it a virtual novel, and still did better than most of us! You're the reason why people like me give up. No offense, good stuff.

edit: Hang on, I just read that back. I should be inspired by your accomplishment!

I'm only on here, gamejolt, and DB. Other than that there's only steam, kongregate, newgrounds and maybe a couple small ones.. For english countries anyways

Reply
itch.io Community » General » General Discussion · Created a new topic Do you give press access to your games?
Imitate Fire2 years ago

Just wondering if it makes a difference? Does anybody actually review your games? Or is it flooded with people who just wanted free games?

Full episode 0.2.0 coming soon! Top three winners to solve cryptic clues get a chance to be etched into the main menu! You can still catch the pre-demo (as I'm now calling it) in gamejolt or DB, which will be removed once the episode is live. Good luck!

I disagree. A friend is only for a ego boost. They will only tell you they like it .

Only work with a team if you enjoy what you are putting into it.. And be specific with what you want to contribute, otherwise it will eventually fall apart.

I hope your games are better than this spammed post

Reply
itch.io Community » General » General Discussion · Posted in Multiple Projects, Or One At A Time?
Imitate Fire2 years ago

Max 2 for solo creators. 3 is too hectic and only having 1 makes you put all your ideas into that one game, despite it fitting or not.

Some games flourish better on certain platforms. Personally, my first game has FAR less traffic here than on any other site. Considering the engagement in your gamepage, you're doing pretty well!

Your vocabulary is unmatched! But it suits your game too. It a little off the walls for my taste, but that's me. The itch page is also very good. Keep going with it!

The problem with this kind of thread is that people will only post throwaway ideas that they don't intend to pursue themselves.. How about an infinity runner where you are a cell running in someones blood vein.

Based on your name... How about a game where you are a pigeon making droppings on landmarks