I’ve only tested it on a 3b, so I can’t say for certain it will work, but it should do

Yeah, sorry about that - as with any personal project, life mostly gets in the way!

There’s definitely lots of stuff planned, it’s just finding the time - so much time eaten by trying to get the Android version to run!

Thanks - I’ve seen this bug on other platforms, but thought it had already been resolved - it’s something to do with different GPU drivers setting things up differently

Can you try pressing F5, which should be the hotkey to toggle the flags that drive the logic around the fix, and tell me if it gets better (or worse?) - it looks like it’s not autodetecting the wrong state properly on Mac

Definitely an option for pages, too - means I can just use the readme.md from my git repo as the starting point for a project page, without having to go through fiddling all the styling and markup.

FYI - minor bug / UX annoyance - if you click the B or I buttons a second time, it just spams more asterisks, rather than removing the style

Are we allowed to draw our own title screens based on the assets as reference, or does everything have to be assembled from (or adapted from) actual assets?

There is now a "Canary" channel containing bleeding edge unstable builds (automatically built every time I push a code change) - if anyone wants a key for this testing version, please let me know!

I've just pushed an update that should hopefully get the Mac version working again (along with experimental Linux builds) if you want to try again !

Thanks - yes, the Mac build is currently a little broken (the pains of library dependencies)

I don't currently have access to my Mac for build updates, but I believe you should be able to manually install glew yourself to get it to work:

When I get a chance to spend some time on a Mac again, I'll get an updated build put up, which should properly bundle the library

yeah, sadly lots of stuff going on at the moment - I do plan on getting it finished some time, though!

Is there any more info/guidance on this - my main app is a fantasy console - a user game is basically just a folder with a few js files and a png.

To run it, the main app's exe should be run with a command line pointing it at the game cart (folder)

I also plan to distribute a free "run only" version of the app, that lacks the editing tools, but can just run carts.

User runs the mod, which launches the game. (or runs the app with presents a menu of downloaded mods)

Ideally the mod itself should be entirely cross platform, rather than having to build/distribute a separate version per platform.

My little virtual console is in early stages, and I've hardly had a chance to test it on different hardware configurations, so I'm keen for as many people to run it as possible,  and give feedback on whether it runs, and what hardware (OS/CPU/RAM/GPU) they're running it on.

I already know it crashes on an old IntelHD based laptop from circa 2011 (which seems to be down to bad intel GL drivers) but I'd love to hear more  - especially if you've got any old laptops lurking under the bed which you could fire up - I'm eager to figure out if there's a particular cut off for Intel GPUs!

It doesn't do a whole lot yet, but as long as it boots (you should see a rainbow screen wipe) and you see a white text console saying Ready with a flashing cursor and a mouse pointer, it's all fine. 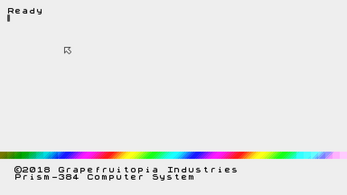 If you really want to test it, type

to launch the rudimentary paint program (Escape, or Ctrl+Alt+Ctrl to get out) 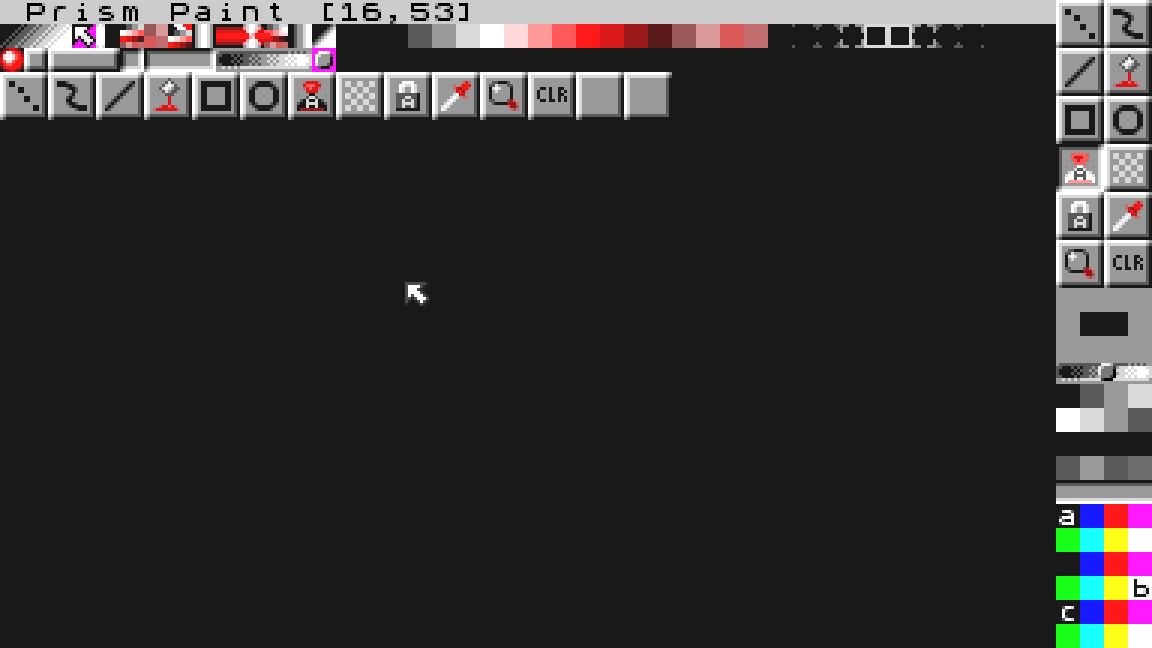 to see if audio works (might want to turn your volume down though - the sound coming out of it isn't particularly pretty yet!)