Ah weird! I wonder what's causing that, might have to take a look.

Also, love that you are speedrunning! :D

Thanks for playing!! :D

Love the art style! A little bit easy, but fun!

Thanks for playing! Glad you enjoyed. I appreciate the feedback :D

Reminds me of Downwell in reverse! :D

Funny game, liked the trail you leave behind!

Love the ambiance of the game, and the character portrait!

Fun game, was a bit too difficult for me, but I still enjoyed it.
Wish the music didn't restart when you fall, so I could hear more of the track!

Thanks so much for playing and commenting! :D

Thank you so much for playing, and enjoying it :D

Oh no! I am sorry to hear you are having issues.

I wrote the game in a little custom c#, but it's using Unity for the Web GL build, so it is likely just an issue with Unity.

I'll see if I can't take a look tonight though. Curious!!

Thanks! I added the NPC in very last minute, but love how they turned out :P

Thank you so much! :D

This was awesome! Reminds me of Super Hexagon

Fit so much into the resolution, I love it!

Really enjoyed the aesthetic and twist!

This was awesome! Great work

Fun but tricky. I liked the visuals!

This was a lot of fun, and I really liked the graphics! Great work!

I've let my logs get a little behind, but that's okay! More progress has been made.

I've added a shop where you can sell your ores, to clear your inventory and earn credits!  Then, buy some essentials, like fuel, health, and upgrades.
I want to tweak the UX some more if I have time, but it's functional for now!

Upgrades are complete. Damage and Fuel Use have been implemented.
I've started playing the full loop to figure out some of the game balance. I think I need to work on the ore spawning, and upgrade trees a bit more to steady out the game's progress.

Why? From where? I do not know.
My custom engine is using Blazor to run it's web builds. This is a pretty new feature I have been playing with, and it seems I have some memory issues. Due to the nature of running C# on the Web, this isn't too surprising, but alas, after a few hours of poking at things, I can't quite determine the cause.

It was at this point I decided to abandon web for this game jam, I can fix issues with my engine at a later point, but only had a couple days left to finish up this game, and there is lots I want to do and polish.

I was a bit sad I wouldn't have web support. I like the ease of sharing games on the web, I have a feeling web games get a bit more traction for jams, and I also would love to try and squeeze in some mobile support for phones that support it.

So I thought to myself, what does my engine actually require, and can I work around this issue?
The obvious choice for running C# on web, is Unity. So let's give that a try.

First, what does my engine require, and can Unity run it?
- it requires a game loop to run (MonoBehaviour.Update)
- it requires some input to get keyboard input (InputManager.GetKey)
- it outputs an array of colors, which need to be converted into something we can render to the screen (I just used a Texture2D set to Point filtering, and a UI Image to render it)

Excited to wrap up the gameplay loop with win and lose conditions. Keep tweaking and balancing the game progression.
Add some juice, and time permitting I have a big list of stretch goals, like audio, mobile support, and whatever else I can scope creep.

I've made more progress in a few areas over the last couple days.
- Finished my HUD
- Mocked out the rest of my UI
- Worked on the artstyle some more
- Fixed some camera issues
- Started working on the ship upgrading portion of the game

Still lot's to do, but I am really enjoying the game so far. The core loop should be fully functional in the next day or two, and then I can start polishing things further and making sure it's fun!

Here is some footage of my progress!

This is looking great! Love the isometric look in Pico-8.

Another two days down!
Day 3 I focused on getting my itch page set up, just to get that out of the way before the deadline. Especially since I had my branding complete.
I also got the branding in-game for my title screen. I made a down-rez version of the logo in photoshop to fit the resolution. I am pretty happy with the result.

Day 4 while running things on my itch page I realized I had some memory issues with the tile system. Not too surprising, running C# on the web is a bit wacky.
I managed to refactor the system to favor memory usage over performance, and things seem to be working nice and smooth still.
I also started planning  out my HUD, but am only half-way done getting that implemented.

My next plans are to finish up the HUD and to get ore collection, and ship upgrades working. Once those systems are complete, I should be able to focus on tweaking the gameplay, UI, art, and polish. (oh, and SFX and music if I have time!)

Lots to do, but happy with the progress!

Before posting the log for yesterday, I found a name I liked "DrillBit" so I am going with that. I like that it captures both the Mining and Low Rez sides of the game.

I was also feeling inspired to put some branding together (props to my wife for help with the logo), and am stoked on how it's looking. I will likely use this to influence the art direction a bit. 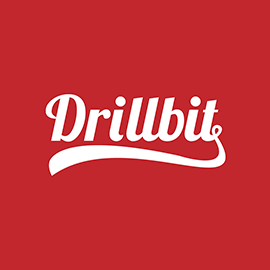 Now, back to coding!

This year for LOWREZJAM I decided to try and make a game similar to the flash classic "Motherload"
I really enjoyed this game growing up, and it still holds up really well. I figured trying to make a 64x64 demake of sorts would be challenging and fun.

I've custom built an engine over the last few months, and this game jam will be my first test run actually making something in the engine. It is built on C# with a C# scripting API. The engine is agnostic to platform and rendering. So I am using MonoGame to generate Windows builds, and Blazor for Web builds. Expecting some challenges along the way as the engine is not mature, but excited to push it a bit.

My main goals for Day  1 were generating a large mutable tile system, player movement, and a simple camera. I am happy with my progress so far, and excited to see where Day 2 takes me.

Took me a while to figure out the mechanic, but once I got it. this was pretty fun!

I dug the art style too!

Nice effects when you level up!

Loved the art!
Controls felt a bit wonky, but I still enjoyed playing quite a bit!
Reminded me of the game 'Life Goes On'

Could not seem to get the double jump to work well enough to make it past the first platform.

It seems like this could be a cool idea though! :D