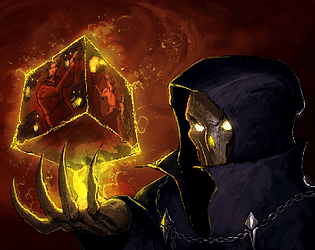 I got to the part with "a working computer" and got stuck.  I had the crowbar, the flashlight, the beaker and a bunch of medicine.  I noticed several objects, most notable the signs on the walls, that didn't respond when clicking directly on them. If you're going to encourage mouse-usage, I suggest making sure normal mouse-usage works consistently. Also, it seems really strange that the main character doesn't react to the situation at all. Why wouldn't he try to interact with the computer to find out what's going on?

You need “something” to use in the computer. :) Without spoiling it for you too much, check the rooms around you more. Remember to keep flashlight turned on. Some objects don’t show if it’s off. Good luck!

We should provide a full walkthrough soon.

For the signs please click on the area just below the sign, it’s the Save Point. It was a bug we didnt manage to eradicate in time. :p

Oh wait... i just realized... thats a later part. You have the beaker now? Check the room with pits more thoroughly again for a locker. You will get a clue there. Then remember the beaker description reminds you that it can hold liquids. :)

Okay, so I got to the later part you were referencing. I also had already found the locker. The problem was that I didn't realize the liquids were liquid (phrasing it vaguely to avoid spoilers) or that the main character would've been wiling to use any of them. They're too close to other objects that the main character explicitly says he doesn't want to mess with. I appreciate that this may sound weird in the context of a video game, but I think you need to use more words. The descriptions could all use more embellishing, both so the world seems more interesting and to better show what the main character is like. That would also help with trying to figure out what the player character is allowed to do. Going back to the computer example, "It's a working computer" says nothing that isn't already clear from the visuals. Something like "The computer isn't locked but it can't access anything useful" would make more sense in-context and imply activity from the main character that isn't shown.

I also think the doors could use an indication of where they are. A lot of the side passages are unclear. The stairs didn't register to me as stairs at first either. Lastly, I don't think it makes sense to call an object "loose" if it's tightly screwed on.

Thanks for the great comments! They're very useful. We'll improve these details after the contest. Hope you enjoy the rest of the game!

Played it on my stream and enjoyed it!

I felt that it took a bit too long to get started, but then when it did it felt like it wasn't sure what kind of game it wanted to really emulate...or, more accurately, what type of horror. I don't want to give spoilers, but it jumped around a bit and made me (and my viewers) go "HUH?!"

I really hope this gets fleshed out into a full game. I really want to find out what happens and how many more genres you can cram in here XD

I will say, as a solid critique: it takes FOREVER to get started. You could completely do away with the hopsital entrance and it wouldn't affect that game at all IMO.

Thanks for playing! Well, we were aiming for a new creative direction, so I'm glad you said you couldn't tag it as a say, "Oh! It's a Silent Hill clone! Or It's like Witch's house! Oh it's just like Outlast!" The overall background does makes sense (and actually has been done before), but we can't tell you without spoiling the game.

I see you noticed that the first and second halves have distinctively different gameplays, and it is our hope to show the judges (come on, we only got one hour. :p) what could be done if we get a chance to fully expand this. The first is more the puzzlely horror part, and it seems you enjoyed the action survival second part better.

Anyway, thanks so much for playing! Please give me the link to your stream!

I'll be uploading the video I played of it to my YouTube soon!

Playing this and I can't help but agree. The whole hospital scene felt like a totally different game as soon as you hit the other survivors. It did have the best jump scare in the game tho at the hospital. One thing that I am not a fan off in this game was (SPOILER ALERT STOP READING IF YOU HAVEN'T PLAYED IT) choosing an item after talking to the TV. I genuinely felt that it would've been a better experience had you let the player's choice affect the game later on rather than basically forcing the player to choose an item. I also was hoping we got to pick between carlos and raven. I know this isn't a choice-based game but the way you presented that scene felt like we would've gotten an option especially since we just came from a part where we got to choose our actions.

Could use some work. stick to one style and it would be a solid game. I wanna give a high rating exclusively to the second part cause once it got the ball rolling, it got really interesting. The puzzle part in the beginning, not so much.

Since The Walking Dead and Deadly Premonition, I've been stating that "Starting a game with a conversation in a moving car is great!" Really liked the first interaction between the characters. Caitlyn(Kaitlyn? Sorry, bad memory here) is a really interesting character, well fleshed out, as any good character should be.

The transition from "Car scene" to "Next scene" was kinda odd to me. It's hard to understand what happened by the Sound Effects that play in the black Screen, but if your intention was to actually make it a mystery, then it's fine.

Gameplay wise, it follows the survival horror book, but it's not a bad thing if you manage to create an engaging experience. And that's the case here. Really liked exploring the rooms. The mechanics fit elegantly, search and reward are well ballanced and the layout of the building is really intuitive - you never feel lost or confused.
Also, a good amount of open doors (sounds like a simple element, but a lot of devs make their games frustrating by ignoring these tiny factors: A locked door is an enemy, and if the reward for unlocking it is just... the fact that you've unlocked it, it's like a boss that doesn't give EXP or gold... Why? Right?).

Anyway, back to the game: Unfortunately, Survival Horror is not my thing, so the first "Danger moment" kinda threw me off. I felt it was a little too much for no reason, and also, I couldn't tell if I was dealing damage or losing HP and then I died... Okay, maybe I just panicked, but the game could be improved with a smoother learning curve...

Hey thanks so much  for the feedback! I’m really glad you liked the characters so far. The current version uploaded is our insurance against “OMG YOU FORGOT TO SUBMIT?!!” But we are still tweaking it. Thanks for the suggestions!

Also, being a survival horror and not a power fantasy, to survive in this game your first option should always be “get out of the room” or “run”. Fighting is usually a last resort.