You can set your own movement speed and jump strength, but be cautious...
Submitted by Philipp671 — 4 hours, 26 minutes before the deadline
Add to collection 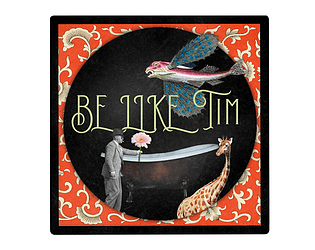 How does your game fit the theme?
As designers, we let go of control: you have the ability to adjust your movement speed and jump strength, both to an extent that could be called "out of control".

Awesome art style, and an interesting idea. Hope you will find some time to refine it :)

Wow really nice game! Level 5 was so hard! In my opinion in these game we have full control.. but hey i had a lot of fun playing it!

Thanks for your kind words :)
We have interpreted the theme "out of control" in such a way that we as designers give up control.
And i agree, Level 5 is too hard.

Really loved the art style! I think the longer levels need some checkpoint as it was a bit tedious to repeat the same part over and over.

Thanks for playing and thanks for the feedback!
I completely agree :D

It's actually the exact opposite of the theme "OUT OF CONTROL", which is of course also a possible interpretation. I like the idea and art style pretty much. At level 5 - I guess - I stopped playing, because I fell to fast for actually noticing where I have to move left and right to not land on spikes. Maybe it would have been an idea to add a third parameter like time or gravity, so you could let the game run in slow motion - but maybe this would've made it too easy then.

Thank you very much for your feedback!
This level had the most problems, I agree. The whole game has only 7 levels, so you almost made it ;)
Maybe we will play around with more variables like time or size. We already tried gravity during the jam, but that made the other 2 parameters useless.
Thanks!

I played it through to the end. Pretty neat! The levels did a good job of making a variety of jumping and running speeds necessary. A couple things though: I was a bit confused at first because the spikes were hard to notice with everything going on in the background, and without an actual death animation it took me a while to figure out why the scene kept resetting. And also, I wasn't sure what to do about the tiny steps with spikes above (even a tiny jump would touch the spikes), so I had to get around it by turning briefly, which moved the sprite a little to the side and up the step, but that felt more like I was exploiting a bug than sloving a puzzle.

Thank you for your feedback!
I totally agree there's not enough in-game feedback. We are aware that the background is a little too much present, but we thought it was the best for the art style. We learned a few things for our next games :)
The step thing was intended (on the feet is a sphere collider), but in hindsight it's a bit dumb.
Thanks for playing until the end :)

Amazing fun and interesting idea, but also very frustrating to play as it seems even if you get your jump strength right, you get launched into the air if you touch the side of a platform

Thank you for taking the time to play the game and even giving feedback, we really appreciate it! In our next game we probably won't put a sphere collider on the feet ;)