Beyond The CraterView game page

Escape The Moon
Submitted by TomPoucherGames, tpmartin, tomaustin700 — 7 hours, 6 minutes before the deadline
Add to collection 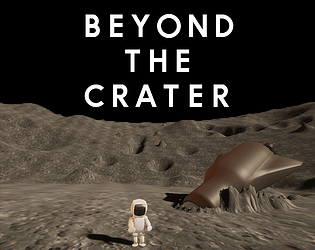 Beyond The Crater's itch.io page

I loved the intro cinematic and it was a nice level design. I wish I could move around faster!

Thanks for the feedback! We struggled with trying to match gameplay and realism and I think that's been one of the common changes people would like, so I think it's something we will look at addressing in the future, thanks :)

That was fantastic! I'm very impressed by all you managed to accomplish in one month!

The interactive tutorial is a particularly nice touch and a real credit to the game. Its awesome that you managed to include an opening cutscene to set the mood of the game. Gathering resources and grinding them down was fun, but its even more fun to build a drill and obtain resources automatically! Took me a minute to find out the printer is able to access resources stored in the locker, it might have been good to state that explicitly in the tutorial.

On the supply drop mission I started walking towards the blue flag and almost missed the crate, which was a fair distance away (tense moment since I was starting to run very low on food). Speaking of movement, a minor gripe I had with the game was how painfully slow the character moves, I feel you could have easily doubled it! Then again, perhaps that was intentional in order to achieve that floaty moon-gravity feeling.

I really liked the graphics, especially your use of textures for the terrain (though the tiling was a tiny bit noticeable). There were a few places where smooth shading should have been used instead of flat shading, but in general the game had a nice low poly look to it! The music added to the atmosphere but had a slightly jarring transition on looping. Other than that, I really can't fault the game, great job!

Thanks for the feedback! You raise a good point about the storage working in crafting not being communicated, glad you had a good time and had a different experience to the developers testing, being the tense moment you described. Yeah the run with shift isn't communicated and doesn't make much difference to speed, we had a constant battle between realism and gameplay, I think speed is something that could be worthwhile addressing in the future. I did experiment with bump maps to try and get some depth to the crater textures but was unable to get decent results. Thanks again :)

Thanks for the feedback, I'm really pleased you enjoyed your play-through. It's great you found the music added to the atmosphere, I wrote the music with that aim in mind so it's good to hear that. I really appreciate your comments.

Just a couple of comments, I had trouble at first to see what I need to do, I didn’t notice the message in the top right corner and I did already some of the objectives before they were asked and I need to do them again.

Also I would love to have a way to save my progress in the game.

I think you did a great job and I can tell the passion that you put on it! Well done!

PS: I’ve attached a screenshot of me happily jumping around :) 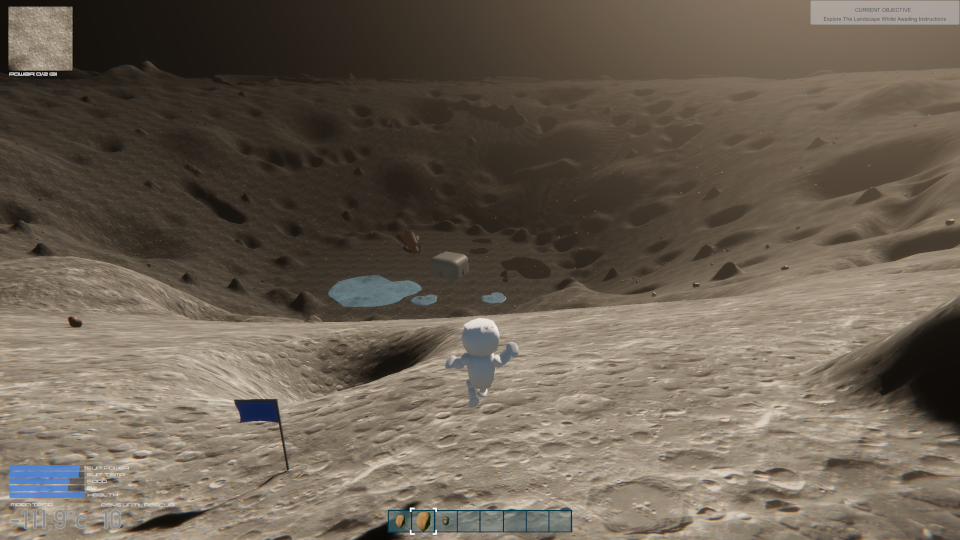