An interactive haunting
Submitted by Emily Short (@emshort) — 7 hours, 31 minutes before the deadline
Add to collection 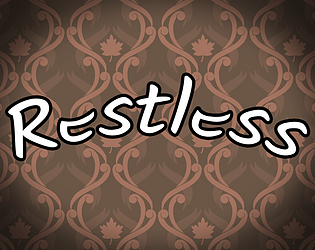 Which category does your game belong in?

for games made in 4 hours or more

This was really impressive! Mental health treatment for ghosts is such a creative idea i'm surprised it's not a genre yet.

Despite the charming and witty dialogue segments the story stayed pretty serious so you still felt for the characters. I got the we're a happy family ending and it was very satisfying.

The UI felt pretty intuitive, it's definitely a nice change of pace. Just wished it wasn't as susceptible to trial and error.

This was a lot of fun, although it took me a little bit to get used to the UI.

Note for Windows users: a few Windows folks with particular OS installs have let us know the game doesn’t properly start up for them. zarf has worked out the issue, which he describes thus:

“On Windows, you need to install the 2017 VS C++ redistributable, from this page: https://support.microsoft.com/en-us/help/2977003/the-latest-supported-visual-c-downloads

Sorry about that. In the future we’ll make sure that’s bundled.

(If you play a lot of Steam games, you almost certainly have this installed already. But obviously that isn’t everybody.)”

That download doesn't solve the issue for me on Windows 10.

My first playthrough had a lovely ending, the second horribly sad, but I found both enjoyable and for the most part the grammar held together. I think I may have found one small bug when I asked Sylvie to call me Marie and she called me Barbara from that point onwards, but perhaps she just wasn't listening!

For some reason it keeps freezing once the baby is introduced, which sucks because otherwise it's really good.

Superb writing and narration, original script (this could work on a theater play, I guess). As I'm not a re-player, I will eventually never find the good ending. But this doesn't mean the rest of the world won't like it (evidence on the countrary, I might say). Another step into character-driven IF and a new technical solution.

A single nitpick for eventual further releases: It doesn't look like having more than one feeling switched on does something (like being sad AND angry), so maybe the choices should be mutually exclusive.

On a purely technical level: text should appear faster and not jiggle.

(edit: Second try. Any attempt to take a proactive action in the gameworld gets me a not-really-grammatical blurt of third-person narration and kicks me back to the title screen. Except one time my interlocutor announced she "had sage" and gameovered me apropos of nothing.)

(edit: Actually, a lot of the game has a translated-from-another-language feel to it. And it's hard to imagine Emily Short writing such hyper-stilted dialogue. (The ghost is off-kilter intentionally, I guess. But the human's diction is nearly as odd. And the intermittent blurts of narration are worse!)

I absolutely do not know what to make of it.)

(edit: And a few hours later the author talks about the game on her blog. Which gives a bit of context for the experience, if not the oddness of playing it.)

Submitted
The World the Slugs Made
LikeReply