Retro arcade racer with 2.5D graphics for MS-DOS
Submitted by coconutpizza (@coconutxpizza) — 21 days, 10 hours before the deadline
Add to collection 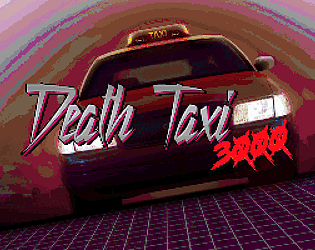 oh my gawwwwd I LOVE THIS. It's like a non violent Quarantine (though I'm guessing from the name that might change), but full 3D?? Those other vehicles are amazing. Adding this to my watched games list, definitely excited to see the finished product

thanks a lot! the name is a bit ironic, I suppose :p it is not meant to have any violence other than blood splats and mild swearing.

From a technical viewpoint, this is jaw-dropping, and I really like the game-play too!

Did I feel the car getting less grippy when it was raining?  It certainly felt like it did.

thank you! that is indeed a feature :)

Well, I somehow managed to lodge myself in between the walls and clip outside the map. :P

But the game is awesome, sound track is great, it sounds like someone put together a playlist of Genesis and Windows 95 midis.

Well done! A game that works with a nostalgic ideia and pleases retro players, besides being very fun. You definitely should take advantage of the quarantine period to make more games and join jams.

I hate to be such a downer, considering a lot of effort went into it, although I don't know how difficult it is to do a 3D game in DOS these days. It actually feels like something that could have been done had the Quarantine engine been licensed out. I'd say it was in that engine if there weren't obvious signs that it wasn't. But the thing that felt weird to me was that the car felt like a hovercar.

The road layout is confusing and I don't know what the symbol for the minimap is supposed to be. The other drivers on the road have a blatant disregard for my personal space, which was not helped by how much of a pain it was to get out of a crash. Yeah, I can reverse, but that doesn't help me if someone's behind me. The CD soundtrack, at least, doesn't sound like a CD soundtrack, it sounds like someone put together a playlist of Genesis and Windows 95 midis.

Unfortunately, both DOSBox and DOSBox-X seem to have issues running the game. It hangs after the sound configuration, with a hourglass on the screen.

Tried 320x200 with both Adlib and PCSpeaker 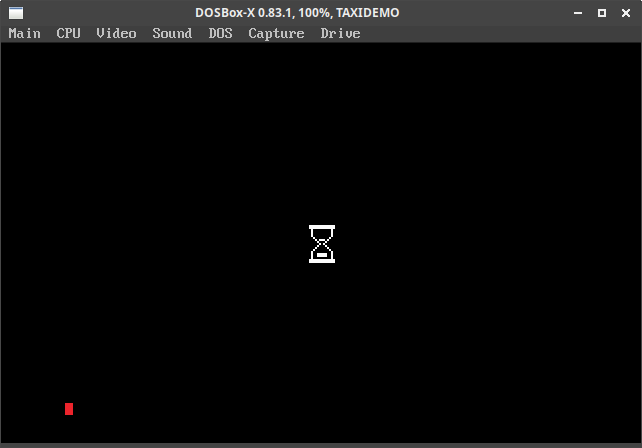 This is really sad, since this captures the essence of mid-to-late 90s PC gaming.

And it looks insanely fun!

Nevermind. It loaded - just took a good while.

And it's really great! Loved the use of a Raycaster - very innovative!

oh, I need to do more testing under dosbox-x. it is not supposed to take too long to load into the menu screen, perhaps it is relying too heavily on the CWSDPMI swap file?

Good point - but I had it set for 16MB. Are you using more than this?

I'm not judging you. It's a jam; a mad dash to deliver a game. But might point to the culprit.

It's passing time for me to power on my 486 back again here :D