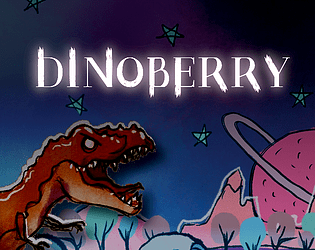 I loved the game so much!! I can agree that more levels would have been nice, but it was very smooth regardless. My only pet peeve is that the Dinosaur Roar is not vicious enough. Also human screams would have been fun.

I loved the game so much!! I can agree that more levels would have been nice, but it was very smooth regardless. My only pet peeve is that the Dinosaur Roar is not vicious enough. Also human screams would have been fun.

The art and audio of this game is absolutely incredible, I'll give you guys that. But unfortunately, I think that's where the quality ends.  Gameplay was very, very simple, and honestly just kind of boring. I walked back and forth, roared occasionally, but that was really about it. The theme connection seemed forced to me personally, maybe others don't feel the same way. It really sucks that the gameplay is so painfully average, because I believe this has the start of a really great game. I just wish that there was more to it than what there is.

Thank you for your feedback, criticism is really important part of getting better! We will take our lessons from this jam, and do better at next!(I hope :)) )  Theme wise we were thinking more about alien planets and conflict occurring  after invasion of one  planet inhabitants to another, there are no open space action,  so maybe you are right.

Hey thanks for the feedback. I agree the gameplay was a bit simplistic, I feel like we were too focused on keeping things simple to avoid feature creep (there were quite a few things that ended up on the cutting board).

It is the most beautiful game I've seen here! Amazing graphics with a lot of hilarious details, smooth animations, great story, fitting sounds and music and complete gameplay. I liked the graphics and the story so much that I tried to reach both endings, even though the gameplay was very simple. Have you composed the soundtrack yourself during the jam?

Some minor flaws I could notice:

- I am missing a dinosaur's hurt animation. It shouldn't be too hard to add it, since you have the moving body parts.

- Not sure if it's intended, but sometimes one human grabs several strawberry boxes in one run.

- When a human approaches the box from the right side, the box is attached to his back instead of his hands, which looks unnatural.

- When a human is holding the box and goes near another box, the second box appears to be between hands and box sprites making it look a bit weird. I would place the boxes on a layer in front of human intially and change the layer to be in between hands when the box is picked up.

But these are some minor improvements in case you want to continue with the development or polish it. Overall, you did an awesome job, definitely one of the best games around here!

Submitted
Not So Personal Space
LikeReply
MaeiDeveloper3 years ago(+1)

Thank you for your feedback! I am happy you noticed the details! Our audio designer composed the music and the effects ^_^ we have planed to use another music, we had permission from creator, but then it didn’t match my art, and then the one you hear was made on the spot.

Thank you for your response! Yes, details are great, they really make the art to stand out, so you did an amazing job!

And wow, huge respect to your audio designer then. They did a great contribution to overall game mood and some kind of completeness feeling.

Totally one of my favorite games on this jam. Keep up the good work!

Heya, thank you very much for the feedback.

1) That's true, some visual feedback would have been nice to have. I actually messed around with animations for awhile (there were some problems blending the roaring animation with walking) so I never got around to implementing it.

3) The way humans dragged crates was also done quite hackily, initially the crate location didn't change at all when the humans picked em up so it looked like they used telekinesis or something. My solution was to just shift the crates location during run-time, though a better solution would have been maybe to add a specific empty gameobject in-front of the humans, so that the crate could attach themselves to it.

Thanks for getting back with the explanations!

1) Yeah, I can imagine that. Awesome roaring animation btw, and I really liked the raptor talking in the beginning! =D

3) Yup, I would go for an empty gameobject as well.

In any case, you did an amazing programming and putting-all-pieces-together job! With all those challenges you've managed to get a complete and quite polished game in the end. I know how hard it gets :)

The graphics are soo fun  and cool :D  it's like an animated Cartoon can't wait to try the game.  :)

Graphics are beautiful and story telling cutscenes add a nice atmosphere. Gameplay could be improved.

Thank you! I tried to have as much fun with art, as I could) are captions on bases visible?