Submitted by PlayGameStudios INK — 3 days, 1 hour before the deadline
Add to collection 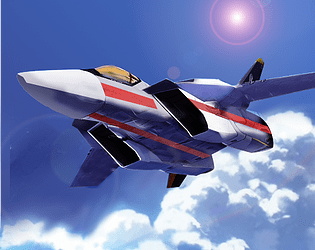 How does your game implement the theme? (If your game doesn't use the theme ignore this field)
Please remove my earlier submission for the same game.
I worked on a new version of the game for this game jam using assets from my month old android game Air Duelz such as the 3D models, Jet Controllers and aircraft AI.

To match the theme for the bullet hell game jam, a new vast desert terrain has been added. The AI of the opponent aircraft has been revamped to fire more shots and longer bursts. New fixed anti aircraft guns added that fire with varying accuracy and firing rates. A help section with instructions how to play the game. This new game has been exported for Windows and uploaded under the old one.

What was the size of your team?
1

Credit all team-members that worked on this project (you can link itch.io/twitter/youtube/twitch)
https://playgamestudios.itch.io/

here is a video tutorial:

I couldn't get going. After hitting start I could toggle flaps but that's about it. After a few minutes I simply gave up.

It has that flight simulator feel which is nice. But I didn't get to a point where I could experience the game to the fullest.

I'm also a little concerned about the use of Airplane's dialogue. Did you recreate that? It sounds like a sound bite which as far as I know isn't in the public domain. Be careful with that.

Thanks for the lovely insight. There is a throttle slider to the left of the screen that you can use to move forwards, most people had trouble with the controls and a better tutorial will be provided.

I also had some issues with understanding the controls. The way the tutorial was laid out seemed like a lot of info to take in at once, and once I managed to take off I wasn't all too sure on how to maneuver and would always immediately nose dive a hill.

Thanks for playing the game, the idea was to let the aircraft fly autopilot while you only choose when to shoot or perform a special maneuver like the cobra which is useful when the other aircraft is behind you. I agree a better tutorial is definitely needed.

The game was a bit confusing to me, maybe because I’m not well-acquainted with flight simulators. I manged to take off and try to fight an enemy but I really had no clue what I was doing. Next time you should include a small tutorial so that players don’t just quit the game out of confusion! Wish you luck in your future JAMs.

Thanks for playing the game. I thought maybe that would be the fun part where you don't know exactly what you are doing until you figure it out. I guess an in-game tutorial that pauses and shows which button to press will be a good idea.

Thanks for playing the game. I wanted the landing and take off to be a bit more involved. There are 3 things to do, push throttle on the left all the way up, click flaps down, after taking off click on flaps up and gear up just before your speed reaches 300. Would a video help?