I worked on this project a long time ago, it was collecting dust and now I have finally finished it.

In this game you can move around a small island with a cowboy style resort and a tiny forest area for the natives of the island. Collect items around the island and find out who committed the latest murder by talking to the many characters on the island.

It is available on google play for android. 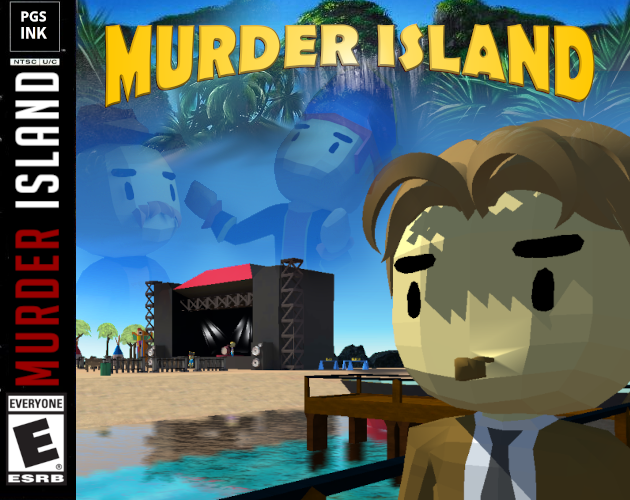 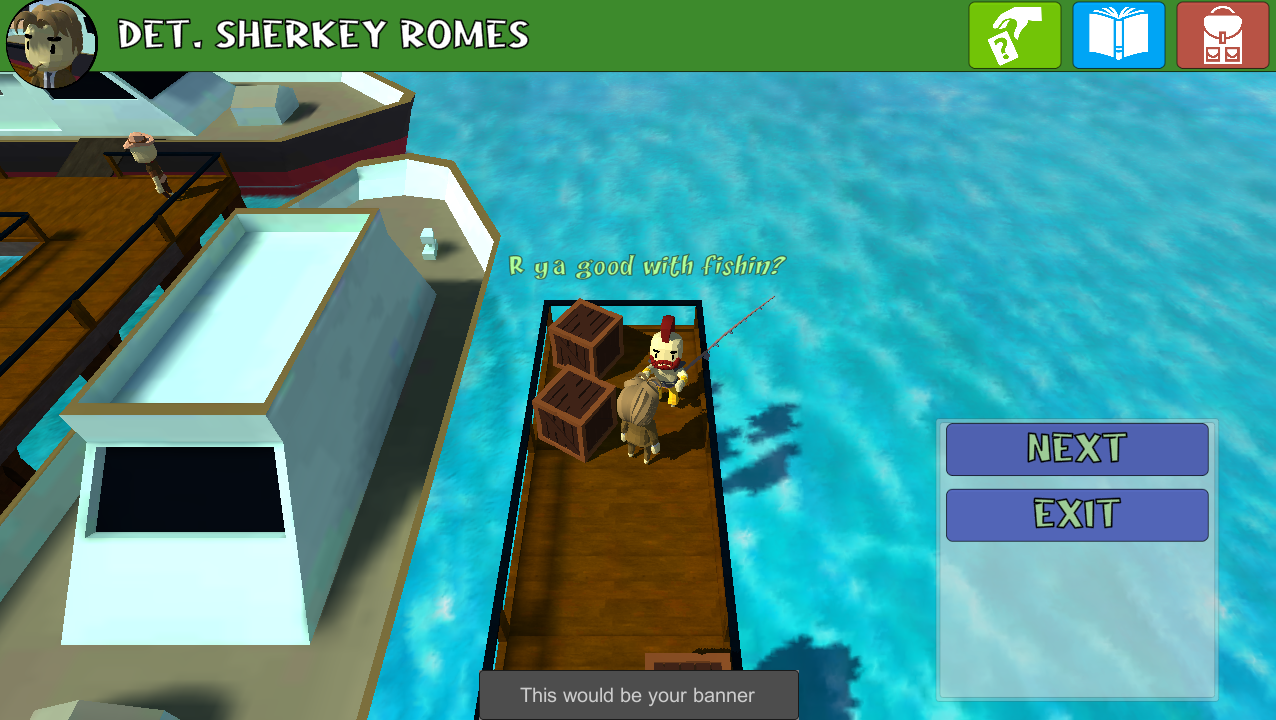 Please check this small snippet of game play and let me know what you think.

This is an inspiration from good old adventure games like teen agent, Monkey Island, Slacker, and others where you  talk to characters, pick up, combine and exchange objects to find clues about a murder that took place on the island.

I think you have to buy unity

Join the panzer police and destroy enemy tanks in this tower defense style game where you have to destroy waves of enemy tanks. Wacky physics and crazy ricochets that puts you in the next level. 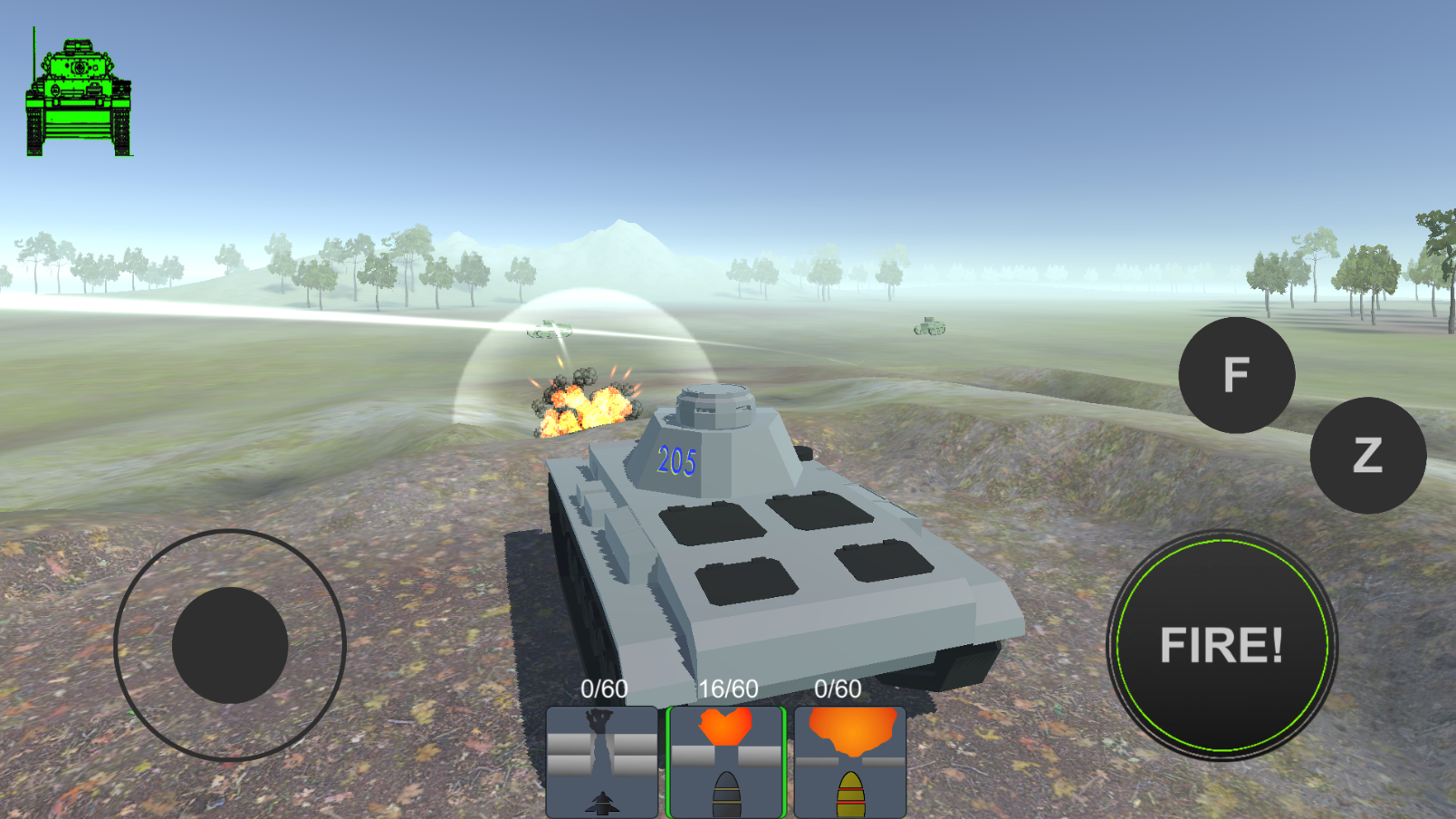 I love the font and the artistic style of the game.

Its a fun game.

Damn it took time but it looks worth it!

In this update in my game you can move about the futuristic Rotham City with a new escape the room adventure.

A sprawling metropolis with high rise towers and a Time Travel Police Organization known as the "Citizens United Negating Time-Travel For Life And People's Safety" on the hunt for criminals exploiting Time Travel for their murderous desires.

Android version is under approval. Enjoy!

This jam is about improving your teamworking skills where you make a post in the community page of the jam about a game that you have already built. After that other members can see your post and see if they want to combine elements of their game with yours. In a way, you will bring attention to your old game as well as combining legacy codes to make something new, giving you some very good skills and maybe even a fair critique of your coding methods from a fellow game developer.

The submissions can be combined in many ways such as jumping through a portal from one game's universe to the other, doing something there and returning back to your game. The universes can be combined with or without switchable protagonists or even simply extend your game with assets from the other game.

How you want to work with the other person is entirely up to you and what you want to share. That in essence will help in improving your skils in working with other people. The JAM only forces you to not work alone. You can find the JAM here:

Hi, you can ask any questions here that you have about the JAM.

Please do not use this for finding JAM partner. Create your own Topic. 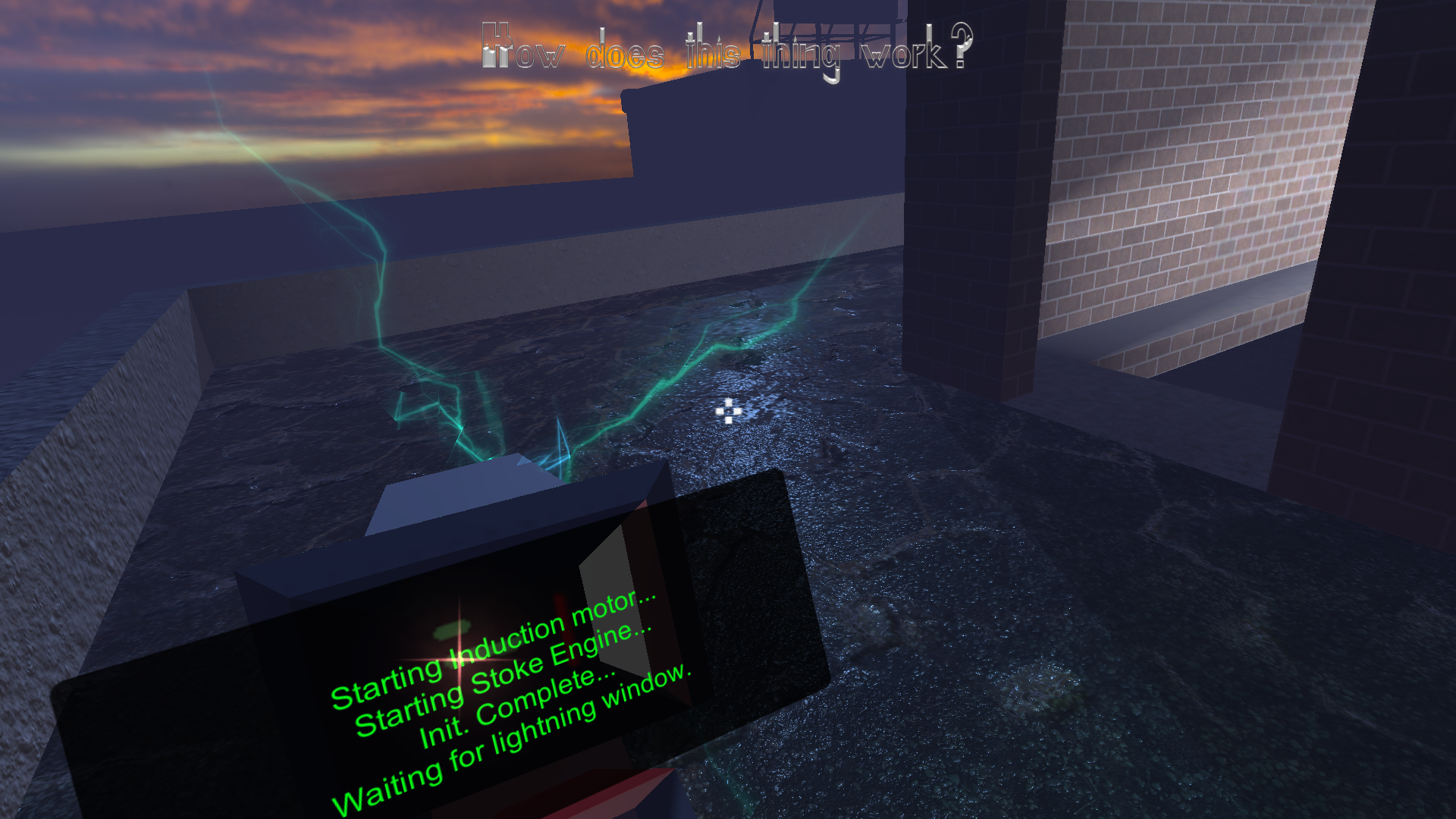 Many people downloaded the game and that motivated me to work harder and now ACT II of the game is almost finished.

There is a lot of level building to do so the next update will take some time. Meanwhile you can check v0.2 of the game for both android and PC. I would really appreciate any comments or suggestions.

I worked a lot on this combat flight sim game however it never took off (pun intended). I made it originally for android but you can download a single level version for windows as well. Many people complained about the controls, so I made this video explaining the controls. In general, the game does not give you very fine level of control like joystick movement, instead it allows you to make high level decisions like when to shoot, which maneuver to perform, automatic head tracking and the approach altitude. The game is a simulated experiment of what it would be like if AI was flying Fighter Jets instead of humans.

Game is now published on Android

I took inspiration from numerous point and click adventure games and decided to spin up my own. This is a rather short version where you have to escape the room and explore the building. The other problem is you can't swim so there is only one way to go, get to the roof. I hope you guys like it in which case I can continue working on the plot and new levels. The game is available for both Android (under review at the time) and Windows.

here is a video tutorial:

Thanks for the lovely insight. There is a throttle slider to the left of the screen that you can use to move forwards, most people had trouble with the controls and a better tutorial will be provided.

The game looks good and had variety of projectiles. Played it until level 3 on easy mode.

Its fun to play but if you could hit the bullet at the right time and have it destroyed would make the difficulty easier. I think presentation wise it looked good.

Thanks for playing the game, the idea was to let the aircraft fly autopilot while you only choose when to shoot or perform a special maneuver like the cobra which is useful when the other aircraft is behind you. I agree a better tutorial is definitely needed.

Thanks for playing the game. I thought maybe that would be the fun part where you don't know exactly what you are doing until you figure it out. I guess an in-game tutorial that pauses and shows which button to press will be a good idea.

Its definitely something I did not play before, its a fun game and looks good.

Everything works and its good but I think working on the visuals a tad bit more would have been better.

Thanks for playing the game. I wanted the landing and take off to be a bit more involved. There are 3 things to do, push throttle on the left all the way up, click flaps down, after taking off click on flaps up and gear up just before your speed reaches 300. Would a video help?

Reply
🎆 Bullet Hell Jam 🎆 community · Replied to SkyanSam in Can I submit my old game or must start from scartch?
PlayGameStudios INK1 year ago

It was my first time with game jams, anyways, thanks for letting me know.

Reply
🎆 Bullet Hell Jam 🎆 community · Replied to I am speak thailand. in Can I submit my old game or must start from scartch?
PlayGameStudios INK1 year ago

that makes two of us... I hope its not a big deal

Reply
🎆 Bullet Hell Jam 🎆 community · Created a new topic Can I submit my old game or must start from scartch?
PlayGameStudios INK1 year ago

I made a game more than a month ago, I think it matches the theme and its for android.

Can I submit the game?

The game looks good. I wont call it advice, maybe my opinion, in the UI, the borders for the bottom images look slightly out of place. I think a simple emboss/bevel look like the health bar would look good.

I Built the game Air Duelz with unity, it is a combat flight simulator that gets you to fight from the cockpit against other jet fighters and even a titan. The game is available for android. I read reviews that I found for other flight sim games on android and then decided to add things people wanted from those games. Some people said that they would enjoy other games more if the takeoff and landing were more involved etc etc.

Anyways I built the game but the number of people who downloaded the game is close to zero and I haven't received any feedback as to continue working on the game. For my final effort to help improve the game, I thought of adding 1v1 multiplayer mode. I have already figured out the multiplayer and even developed a playable multiplayer client and server which I am running on my local machine.

The problem is that for multiplayer you need servers and servers cost money especially since I am not using Unity's Unet as they said it was deprecated. The game does not have many players so even if i deploy a VPS, there just wouldn't be anyone to match against.

So my question, should I deploy a VPS with a multiplayer mode and hope for the best even though there aren't many players for my game?