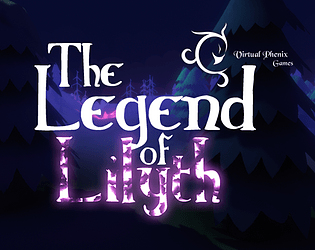 Link to the game
https://barryck.itch.io/legend-of-lilyth

Game is really beautiful and graphics as for 7 days of work are very well done. Atmosphere is magical. Mostly audio is also very nice. I like the main idea of the game but unfortunately I found few issues that stopped me from having fun from the game:

1. When you run out of power, audio overlaps with main theme causing unpleasant cacophony

2. When I failed first and wanted to play again minimap wasn't working and travelers were not generated. I had to close down game and run it again.

3. At some point main character disappeared even though I just fueled the power with some new people.

4. Camera is to close of the main character. I didn't see my followers well, mostly I was randomly started singing take two or three steps, sing again, repeat until I followed them to the cave. This mechanic just doesn't feel well, when you stop singing ther are going away to fast to get them to the goal.

I don't want you to feel bad because of my feedback! Generally you did well, with some improvements that would be very nice game!

A couple of questions,

In the 3rd point, do you mean you die "too fast" / taking travelers to the cave restores too little health, or that the model becomes invisible?

About the 4th one, do you think it would have been better with a more cenital perspective, or just moving away the camera (with relatively the same angle)?

I have to admit, the theme of magick lured me to this page hehe. The art is very well balanced, I can see you put some effort dedication into this ;) Good job! The music and sounds are fitting too. 1 setback: the time is kind of short, and I didn't manage to lure more than 8 witches, but overall you did a great job!! Really hope you make more games like this. Check out mine, when you have the time :)

those screenshots made me very curious, so I downloaded the game. I actually liked it a lot; Good game !

Submitted
Note to self:
LikeReply
SheyneSubmitted3 years ago(+2)

It look like once you lose, even if you play again the ennemies don't appear anymore.

Really nice art and sounds though ! I enjoyed it !