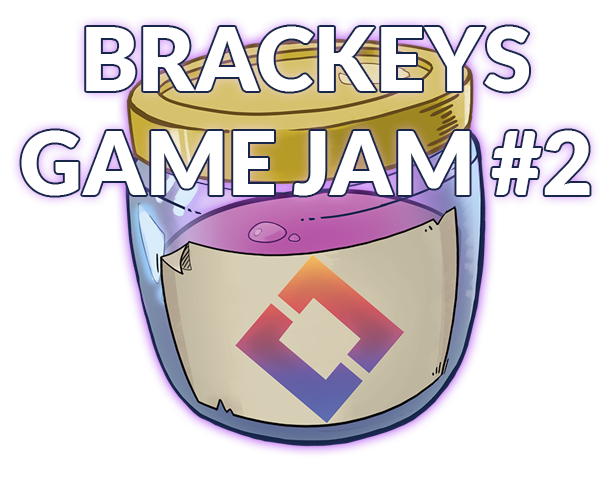 The voting phase of the jam is now over! We had an amazing time and we hope you did too! Congratulations to everyone who participated in the jam and we hope to see you next time as well! :D

So it's time to announce the winners (top overall game and the top game in each of the categories).

The theme is: love is blind!

Good luck to everyone and I'm looking forward to seeing all the games you make! You can share your progress using the Twitter hashtag #BrackeysGameJam.

Welcome everyone to the second official Brackeys Game Jam!

It was a lot of fun last time so we're definitely doing another one! (and definitely more in the future) I hope we see lots of amazing games like last time, and more importantly, that you all have fun, get creative and make some games!

This jam is going to be really similar to the last one (but this time better organised). It's a week long jam where participants make games around a specific theme (announced on the start of the jam on this page and on our Discord server). The games are rated by other participants in specific categories (more on that in a bit).

Brackeys recently released a line of clothing, they have a game jam shirt which you can find here: Line of Code Game Jam Shirt

Huge thanks to Lizzardman for making the art for this game jam, making it at least 100% better!

Join our Discord server where you will be able to share your progress on the jam in the #gamejam channel, and just chat with the community. You can also get the game jam role to show that you are participating by running the !gamejam command in the #bot channel.

Anyone is allowed to participate as long as you're allowed to have an itch.io account.

Teams are allowed (and encouraged, it offers great experience!) We don't have a team limit, but we recommend teams from 2 to 4 members as it's easier to manage, bigger teams can get hectic very fast. You can find a team here: https://crowdforge.io/jams/brackeys-2

If you are in a team you should add your team members as contributors to your game so that they can also rate other games.

The games are rated by participants in 6 categories:

The top overall game and the top game in each of the categories will get a special role on our Discord server.

Brackeys will also showcase and give feedback to their favourite games in a video, so look out for that!

And most importantly, you will hopefully have a working game and have fun making it! Game jams are a great time to experiment with ideas and in the end have something playable, sometimes people continue working on their jam games after it's over because they came up with a good idea and the jam game is very fun and interesting to play.