Save the world from overpopulation!
Submitted by DonPasquale
Add to collection 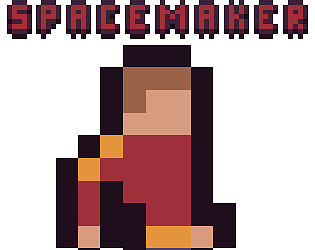 This game is really fun and the art looks amazing!

WOW! Very well done, the visuals are fantastic, the animation is gory and fun, the story is funny, there is a boss fight (whaaaat?)!! Very polished as well (didn't experience any of the lag other comments are mentioning). Very well done man, really good game.

Just the music volume could have been lower, my ears exploded when I started the game.

liked everything. would have given it a 5 star if it wasnt for the lag

Fantastic Game.. Loved it... It has awesome visuals and its really cool..

Checkout my game too. I made my game without any engine in 72 hours.

- The pixel-art. Realy good background and player! Reminds me a bit of Celeste.

- There is a way to mute the game! This is awesome for a game jam game. Thank you.

What I think could improve:

- Lag. The game is really laggy. Like reallllly laggy. ( It's very heavy )

- The game becomes kind of boring really fast. It's like: go ahead, click buttons without thinking ( kill some people), get a chance to fight a boss that you need to play passively then die and click more buttons withouth thinking then fight the boss, die and so on.

- Make it so that players need to kill less people to fight the boss. Doing so will, in my opinion, make the game less boring.

- Add more attacks to the boss/ different attacks for each boss. They are currently the same, just one attacks, same behaviour. So, you should add more variety to the bosses with more attacks.

- Make it so that the player has IFrames ( Invincibility Frames ) when hit by a bullet. It feels so cheap when you are fighting the boss and just take 2 points of damage due to the position of where the bullets are instantiated. Adding IFrames when hit would make you only take 1 damage.

Chopping heads off innocent people is more satisfying that it should be in this game... anyway, I really love the art and music. Game fits the theme in a very interesting way. There's one problem: simulating entire population of India and China combined kinda hurts PC. Great submission!

Could you also try out my game?