The Price of FreedomView game page

Will you pay the price for your own freedom?
Submitted by AceOfAces (@acemod13) — 8 days, 18 hours before the deadline
Add to collection 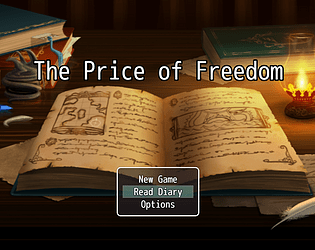 The Price of Freedom's itch.io page

Hey there! That's a while now I wanted to check your game out! Let's see what I noted...

- Leaving the options crashes the game. (You might want to check the path of the folder, apparently that's what makes it crash.) 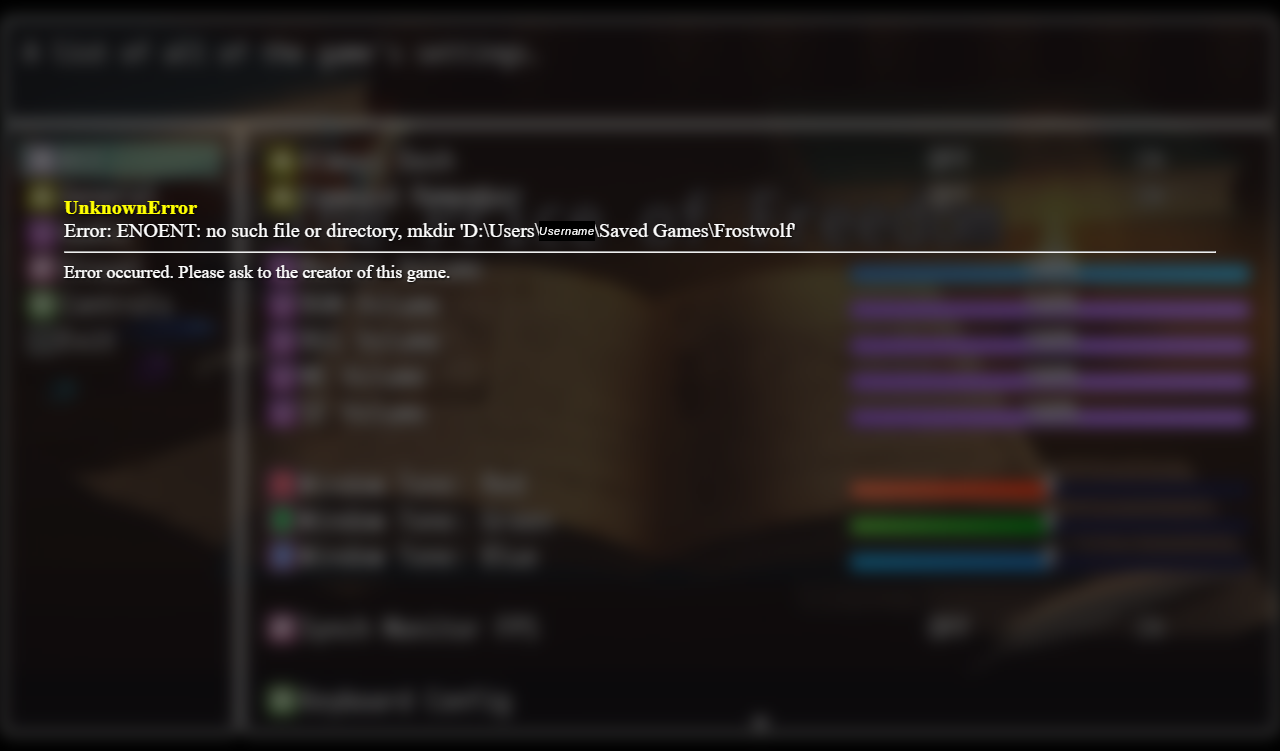 - Personal opinion, but the house feel a bit empty to me. It wouldn't hurt if there could be a bit more.

- The battle system is strange... No. Somewhat... unique. It appears that each party have a common life bar. Also you don't control directly what your characters are doing, you can select a vague idea of the action. What does C.A. and M.A. even mean? Clearly there is a problem of clarity. A tutorial would have been welcome to, at least, help the player understand what is going on.

- Well, the game was pretty easy in the end, I didn't had to put much thoughts and efforts on that final boss. I felt like there would be something after that, but no. The game would have deserved to be a bit harder than that.

- Also, the letter we receive at the beginning of the game have no impact on the story or gameplay afterward. You could have get rid of this scene entirely. Unless you meant to tease a possible follow up to your game?

- Poison Fang inflicts AND removes Sickness at the same time? Why?

And... there you go. Nothing more to add for now. Too bad the game is not that challenging and super short like... you can finish it in about 10 minutes.

Oh, I didn't spoke about the story yet! It's nice with a mix of medieval fantasy and thriller genres! You should let the players having more choices and make an ending based on these choices. This would be pretty interesting I think. èwé

Anyway, good luck for the jam and your future projects!

Hey, PikaMew. Thank you for playing the game.

-The crash you mention is a tad complicated, but to keep it simple, the game was supposed to save on the "Saved Games" folder on the user's folder. But the plugin I used was looking for that folder on the same drive that the game was, the user folder was on the same one as the OS. Sadly, I caught the bug too late and I fixed it a few days ago. Ack!

-The game being too short and easy is mostly me essentially making sure that the game was beatable within the limit. This, regrettably, resulted in a few issues. I've overestimated how much the story would take + some battles so the player was at a reasonable level. I did some wrong assumptions in the progress (along cutting some scenes as well). Should have handled it better.

-Now, I'm not sure why Poison Fang somehow adds and removes the Sickened state, but it could be due to a conflict somewhere. Can't say for sure, but I think I have an idea of what's causing it.

I think that's all of my comments. Thank you for your feedback.

Heya! Don't know if you saw this yet (been busy so I might have lost track), but we did a high level overview of your Game Jam entry last week. Here is a link to the video if you want to see what we have to say:

I love the idea of party/troop attack instead of individuals. I can say that the battles are slow, one suggestion that can speed up  things is, save the damage on a variable and then pass the information to the player at the end, instead of popping the message every times the troop receive damage. Just like the enemies does, if you notice, they attack at a nice pace. Also, sometimes I miss my attacks but they still do damage.

Was Katya a traitor to Andreas?
Who was the child they refer to?
The person who reads the letter, was Andrea`s sister? Does she get mentioned before?

I enjoyed your entry, specially the combat (haven`t seen it before) but like i said, a faster pace would be nice.

Good writing and the story is intriguing! While the idea of battling as groups is interesting, the way it works does take away the tactics in battle eg selecting particular skills to focus on a specific target; it does end up feeling a little random. Would be nice if the battle pacing was a little faster too.

This was an interesting take on combat. The group dynamic was very interesting, but adding it in sadly slowed down combat to a crawl. I loved the premise of the story, and was a bit sad that I only got to see a small portion of Andreas' life. If I had one complaint it would be the maps, I feel like I've seen them a hundred times before.

Overall this was a pretty good experience, with enough time and polish it could be a great idea.

The story is very good. The battles are a little slow. I'm not sure what C.A. and M.A. mean or what they do. I also liked the non-random battles with the enemy patrols. That made a lot of sense in terms of the story.

I was shocked at the ending and was not sure what to make of it. Please expand the story :)