Do you wish to see the end of this eternal torment?
Submitted by Berry B (@BerryRPGMakerB) — 15 days, 5 hours before the deadline
Add to collection 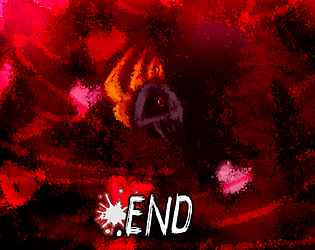 This is a truly beautiful game. Wonderful art, great music, and gameplay that has given me something to chew on as I consider mechanics for future games. What's extra-impressive is the use of projectiles; usually things like that end up being really wonky due to the tile-based movement, but it works well in this game.

The challenges were demanding but fair. I felt like most damage I took was my own fault. The only 2 issues I had were 1) one of the maps (the second one, I think) starts me off in the direct line of an enemy so I die right away (but then I respawn in what is presumably the intended starting spot so it's not a big deal) and 2) it wasn't clear to me right away that the safe zones that precede each action section are meant to be save points (it would have been better to have a "would you like to save" prompt instead).

I played on Crow until I got the best ending. This is a fun game, thanks for making it. 🙂

I'll admit the second map had a couple of positioning issues that I could have ironed out in the 3 weeks I have. But feedback was scarce until post jam so I ended up having to make due.

And yes, everyone seems to be completely blindsided over the fact that you can save in between the safe zones and you can't do it mid battle. Honestly, should have added a save prompt from the beginning but I'll take this feedback to account next time I incorporate something of this nature.

I appreciate you taking the time to play the game, KV. Thank you.

Extremely fun. Despite failing to save and losing to the last boss on crow level, I gleefully replayed it to the end (and saved). I know I missed some words in the scenes that flashed quickly, and I was too focused to read the words on the map, but I think I gleaned enough from the story to enjoy it.

Wonderful entry. Now to play on Hawk mode to see how easy it is.

An amazing and unique entry as expected from Berry. I was lost the entire time but I enjoyed it.

Thank you very much for playing the game Retro.

Everything added to this game fills with challenges and interesting backstory.