NOTE: Thread has been archived, ongoing progress posted here instead.

We have marked this game as “finished” because the prototype has been released (Sept 2021). However, actual work on Wheel Steal will be a much longer and upcoming endeavor.

DuckCowDrive [name pending something more fitting] is a “floor-it!”, never ending highway roaming game where you hijack to jump between vehicles at high speeds, as you explore a graphic, whimsical world. It aims to focus on the fun of driving and world exploration, and less on conventional racing games. It’s about discovering (not unlocking) new cars, and uncovering (not selecting) new scenes and landmarks. A unique story and a corresponding world building will weave together a variety of game mechanics and modes that seamlessly blend on top of the solid foundation: driving in a beautifully generated world of highways and boulevards. 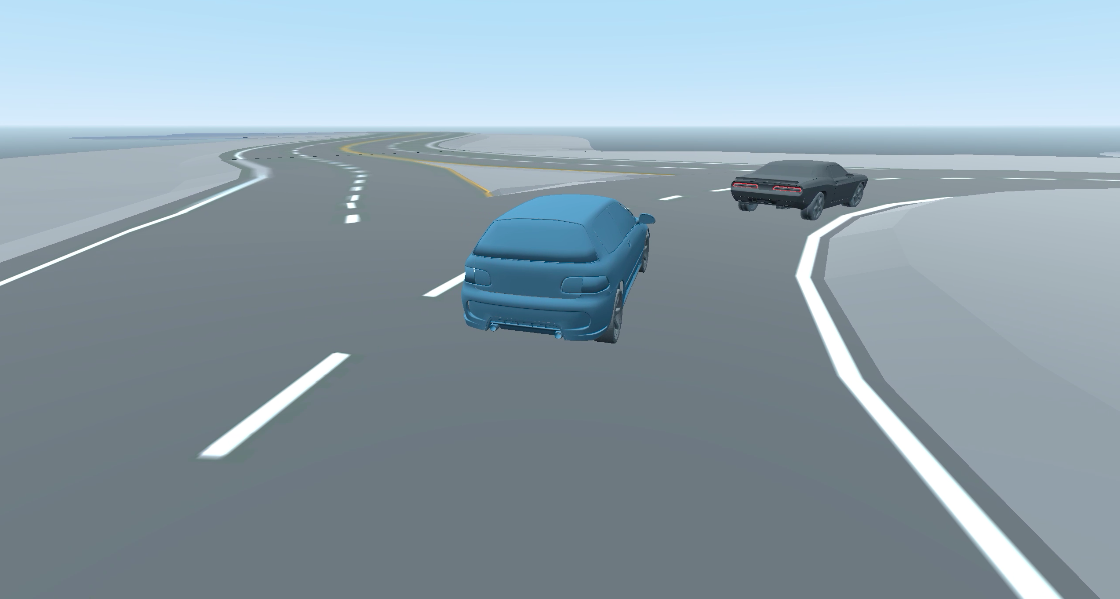 Early screenshot from a test demo

The grand ideas set forth above are a ways out, so I will be starting this dev log with the incremental stepping stones to get there. DuckCowDrive is mostly a placeholder name, which may result in a subset of intermediate subtitled games I release as I explore different concepts and share my experience (and possibly code) with the community.

I am intimately familiar with both programming (ye old dayjob) and 3D art (I’m a blender animator and tutorial writer), but it has been a long time since I have done any game development. What little I did ages ago did not get too advanced (you may cringe at my prior work here). I had flirted with developing a car game in the Blender game engine, but never passed certain “roadblockers”. I never got to vehicle physics I actually liked, and got bogged down with other mechanics of game development. This time, the first step was to overcome what stopped me before. Spoiler alert: I did, and I will be posting my experiences with that next.

To keep me focussed and progressing, I have set various high level incremental goals. At any stage, I will be focussing on completing no more or less than the criteria of each goal and moving on to the next. Anything built for one of the stages below may be carried over to the next test, but the idea is everything will be scrapped for the final work, so nothing is even representative of the game until Step 10:

Some of this is already in progress or already done, and I will be sharing those results soon. I also want to give a special shout out my co-lead TheKindKitten, who has indeed been very kind indeed, with early feedback, ideas, socialization, and testing early (often non functioning) versions of these demo concepts.

I am looking forward to when we will have the first demos available to play, expecting this soon!

Hoping to share the first devlog video soon, but in the meantime I encourage any early followers to check out the fun consequence of trying to generate road geometry with rusty vector math! You will also find I post more frequent intermediate updates on twitter like this, but I will intend to update this thread with more substantial updates.

The first video devlog is out! It paints some more color on the first post’s content and overall plan, but also features a bunch of early visuals! As the video states, everything (models, textures, graphics) is temporary and only for completing the intermediate steps above.

I’m going to slowly “catch up” to where the game actually is today, in the meantime I wanted to share this snippet of how the game was looking early March. 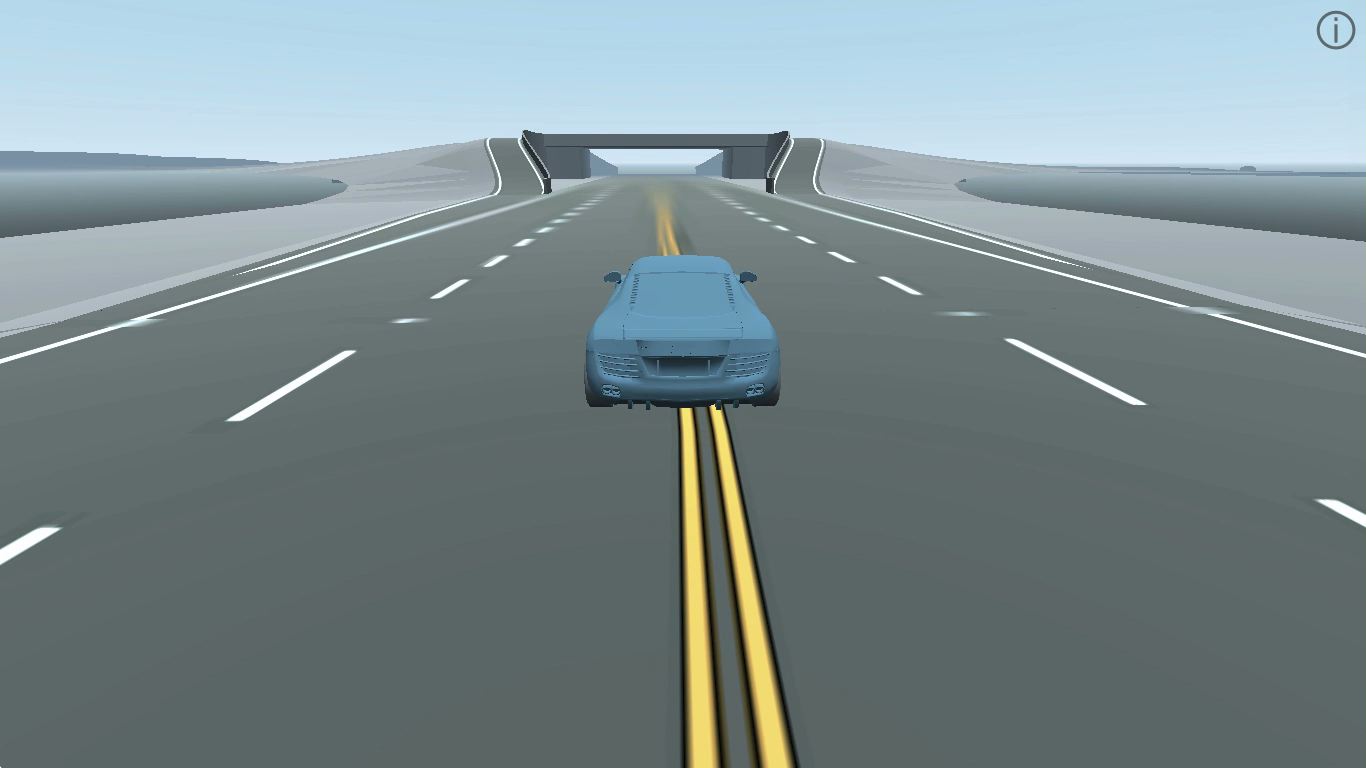 So what is going on in this video? It’s showing off:

I’m Kitten, the co-lead of the project. I am responsible for creative input (for example, story direction, car abilities, aesthetic appearance and theme of cars and the environment, among other things) in addition to being the game's main bug-tester. A funny bug-the first I discovered- was managing to somehow wedge my car into a solid ramp, even though Patrick had said that should have been impossible! I’m also helping make sure the game feels fun to play.

Early on, I realised that the cars could flip very easily, making driving around far less enjoyable. Although Patrick hadn’t fully coded the car’s grip, I thought if a player’s car flipped over for a long time, this would put them at a large disadvantage in a race, especially since (spoiler alert!) cars in a future update will be able to explode if they take enough damage.

Patrick- How’d we fix this? I coded an extra force to kick if when the car rotated past ~20º rotated along the forward direction. This kept cars from flipping but led to weird-looking physics after high-speed collisions or jumps. I further refined it so that this “de-flipping” force is only applied if the angular velocity (speed of rotation) is below some threshold, so the car could still flip and tumble naturally, but once the rotations slow down enough, the force ensures it lands upright.

We are hoping to have the first concept demo game ready for download in the next couple of weeks!

Feel free to check out the demo video showing off this “de-flipping” mechanism!

Hello all! A very exciting update - you can now download and try the game prototype here for free!

We are looking for feedback, so please give it a try (for Windows or Mac OSX). Use the in-game feedback button to share your thoughts and ideas. Indeed, this is only a prototype of the primary hijacking mechanism of the game, so don’t expect hours of content and a polished story. It’s more like minutes of gameplay, and no story at all, but hopefully still fun to play.

A lot has been updated since that last devlog post here. Kitten & I worked hard to make this prototype build polished and functional. While there may not be a lot of content to the game yet, we are focussing in on the core mechanicm of hijacking cars at high speed. Please let us know how we did!

See some current gameplay in the announcement video here: 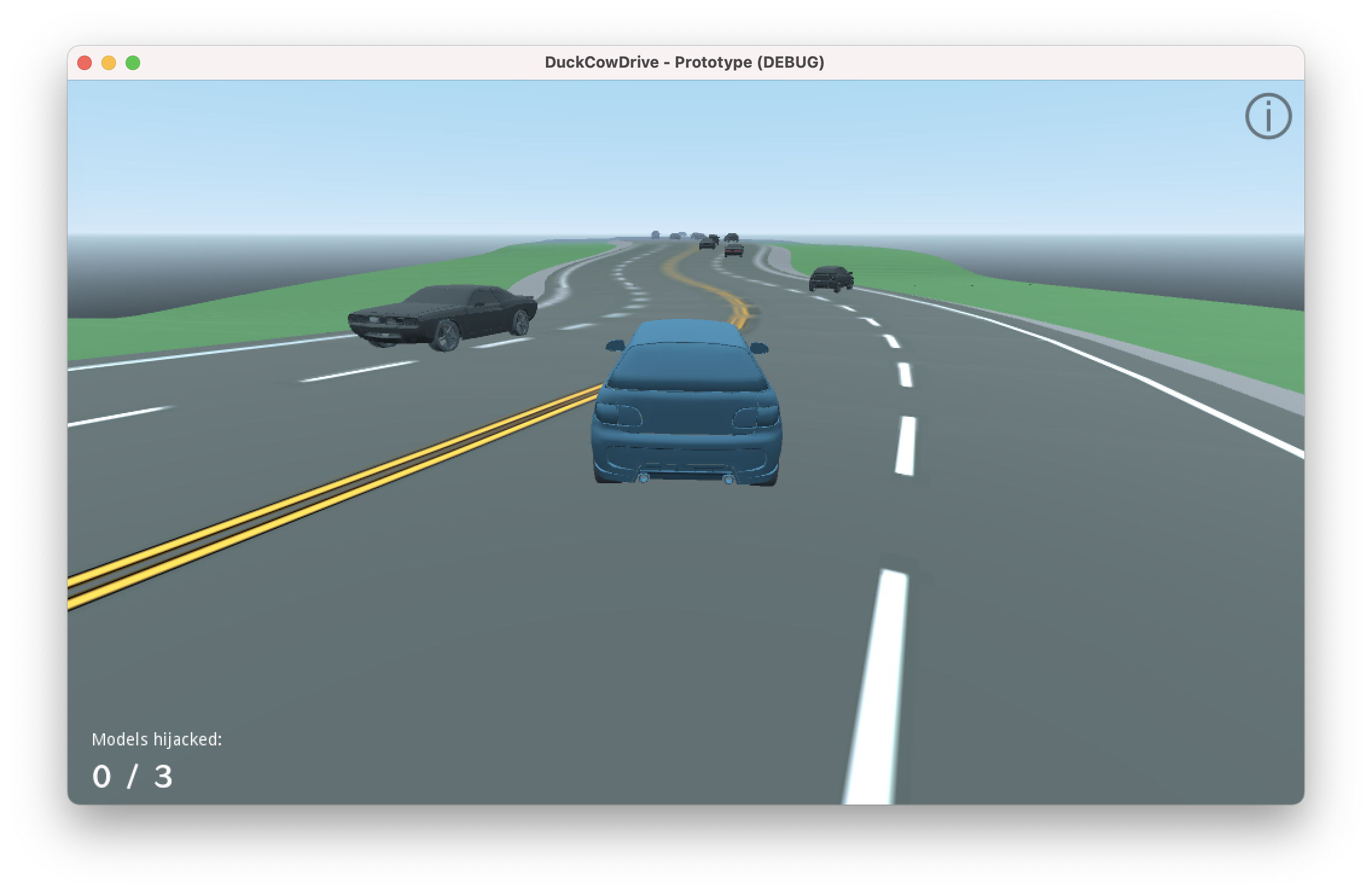 This version is more of a bugfix update:

When will the prototype be v1.0? The plan at this stage is to introduce some concept of an opposing force. Think: an aggregator or police car that tries to hijack YOU!

I also wanted to give a big thanks to everyone who has filled out the feedback form from the game, we’ve gotten some good suggestions that we we may try to integrate into this prototype, but at the very least into the alpha version of the game. Keep it coming!

In parallel to this update, we’ve been doing a bunch more planning behind the scenes. We’re talking about game art styles, story driven game mechanics, the different car abilities we plan to integrate, and also macroscopic thinking like how to create re-playability. We hope to share more on topics like this in future devlogs!