Nice, clean design, both on the gameplay and aesthetics. Level design for this must be very hard, I'm guessing that's why most level aren't very challenging.

Add some music ? That's crazy, it would attract more wolfs !!! 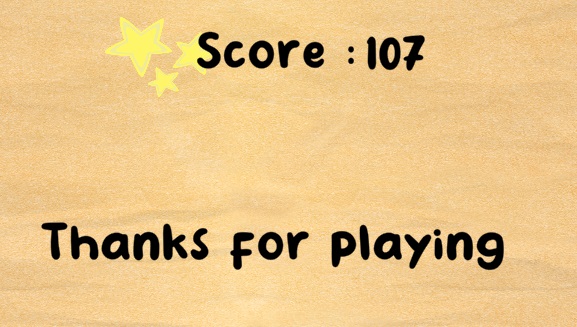 Agreed, but we did not have much on hand that matched the theme of the game, and unity scaling issues costed us a bit of time in the end stretch. (plus I strongly dislike games with music without a mute button personnaly (imj), even if my teammate disagrees).
Glad you liked it !

Nice game, I've seen multiples takes on this idea in this jam but your are the first who made asymetric lvls. It's way better that way.

Thx for the comment. The game is a bit hard right now, and we'll be adding more carriages after the jam. We also have other ideas to make things more interesting !

The record is still at 286 with the live version.

The music is not perfect, we had to use one from a previous game jam since our music guy was not available.

We are adding strips to the green passenger/station to help colorblind differentiate them from the red ones.

The game may be a bit hard, we are adding some wagons to help. The record is still at 286 with the live version.

Ok, that makes sence, I was testing with just 2 players so it was unclear :)

Nice arcade game,   a score système would be nice. The last lvl is a bit weird, what was the point of a lvl were nothing can happen and then send the layers to the menu ?

Could play it with friends with a little more polish :)

Nice game, you could make the player play more notes, for exemple having to play the first line, then line 1 and 2 together etc...
Enjoyed it.

Nice game,  not sure the invisible blocs are a good idea.

Great puzzle game. I think you could make even deeper puzzle if the calcul was done for a complete line at a time : 2+3+1 = 6 and not 9.

If you make other levels I'd love trying them.

The game is fine, but it would make more sense if the background was moving ! Since the background stay still, you realy can't see if your cell is moving or not.

I could'nt start the game. It appears to be for mac os. Is that a bug on my side ?

Thanks a lot for playing

The algorithm traces a straight line from the point you clicked to the point where you released the button and creates that path using the intersected hexagons. That's why if you want a curve (to go around something), you can't really do it in one go.
Thanks for playing !
(imj)

thanks for playing : if by clearer controls you mean you tried to use A/D/W with a qwerty keyboard, there was a mixup and those actually don't work (it's Q/D/Z which is meant for AZERTY users). Sorry for the mixup, at least the arrows still work.

how are they wrong ? what didn't work ? which control set are you using ?

Ok I'm assuming you are a QWERTY user and tried to use A/D/W. And those won't work because the control keys are tied to the actual letters, not the position on the keyboard (like our teammate who wrote the page assumed), and we are azerty users (plus we mostly use pads). Well, the arrows still work fortunatly (and A/D/W but it's pretty bad for a QWERTY user). Sorry for the mixup and thanks for warning us.

Clever twist on pathfinding and execution. Being able to see the body is useful. Gotta be careful with Brian.

Thanks. Yeah we had a few more ideas (if you have a pad you can try recording some X's) but we chose to invest more time in testing/ QoL changes (we were careful as we did not have a person full-time on art this time around).

Woah, thanks a lot for playing and for the nice feedback ! Glad someone enjoyed it enough to finish the game ! As for the reveal, it started as a joke but actually helped design the levels (gave us a starting point, a constraint to breed creativity). The downside (as you have noticed) is that the difficulty curve is not that linear ^^.

Pretty sweet idea. A bit tough to switch the keys around, but I liked the concept.

I don't usually like platformers, but this one is simple and progressive enough to make me want to go through the whole game. Thanks :)

Cool stuff here. I quite like the slowing down period when you correctly dodge a bull.

Funky take on the genre. It isn't too difficult apart from the bottom-left and top-right corner, but it is fun to just see where the ball takes the player. Cheers :)

I downloaded the game and am quite interested in playing it, but I'm fairly jump-scare averse, so I was wondering whether you included some in your game (making sure so I can try and finish it with a relative peace of mind :) )

We toyed with the idea. Initially dead robots left bodies behind but we removed it Saturday as it took too much design space away :

as for having puzzles that needed two robots, we felt the game was hard enough and went with no interaction between them so you you plan/launch your next attempt while the last one is miserably failing ^^.

There still is the possibility of needing to hav 2 robots performs concurrent actions (one pushing buttons while another goes through doors) but that would require incredible timing (it did happen a couple time by accident in testing). Maybe future levels ?

Thanks a lot for playing !

The music was added very late, I should have made it loop, but when you rewind the sun you have a good chance for another music to play (random among 3).

Thanks for the feedback anyway :)

I feel so stupid not to have thought of it ! Of course making the enemy and player blink when they are touched would make the game way more understandable...

Thanks for the feedback! We'll add it soon :)

This game is a success ! It's fun and all the spells are interesting.

It could use a little more chalenge after the first few waves, once your tower is wells build on a single line you can pass 20 waves with no gameplay...

Nice little game. The physic is not perfect, but it work and there is a lot off work in the level design.