This game is the jim pickens basement prisoner simulator everyone deserves.

Thansk for the answers! Looks like I will start doing that than!

Check out my other game DR4X!

Reply
itch.io Community » itch.io » Questions & Support · Posted in Screenshots larger than 3 mb now, possible to update my itch page to support screenshots of 4 mb? I know you can enable other stuff for individual itch pages.
Untrustedlife246 days ago

I changed it to jpeg for now but the loss of quality is palpable lol, but that pngcrush one looks much better

Hey there, I am having a minor issue:

Id like to update the screenshots on my page to my much nicer new art. But i get an error "3 mb too big" 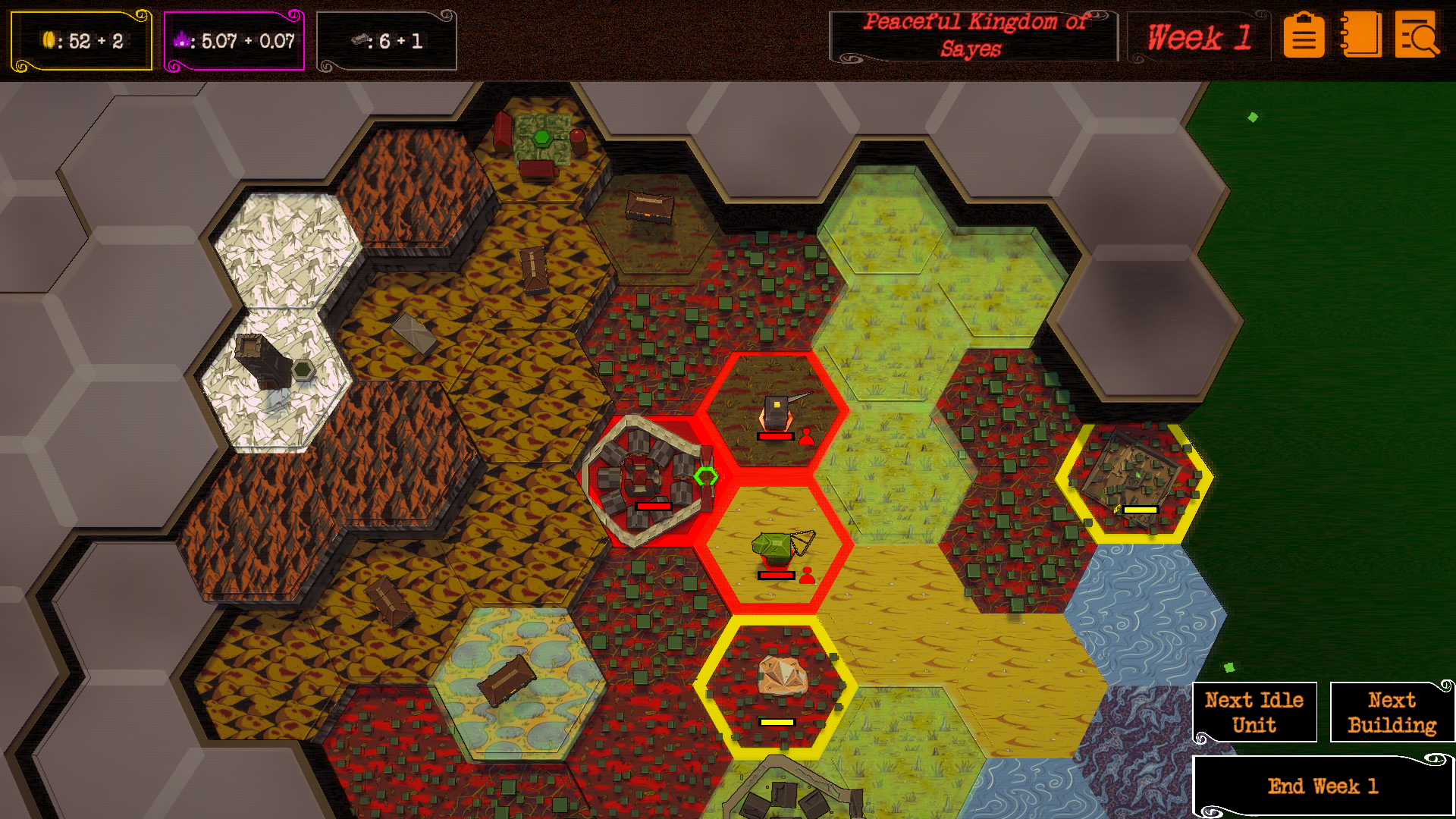 Funnily enough i've already made some color choices that make the intro screen look kinda vaguely like a ukrainien flag so it fits :P

If you are taking late submisisons here is mine! https://untrustedlife.itch.io/dr4x I get it if you arent but its a good cause and I know someone from ukraine if that helps anyway :)

God i wish i had seen this earlier

So, I was browsing itch and I realized: "Wait, I never posted a release anouncement for my game DR4X, on the forum dedicated to just that" So here I am.

DR4X is a fast paced early access turn based strategy wargame with a fully voiced campaign, assymetric gameplay and massive amounts of customizability!

My favorite song from the game:

Anyway, hope you check it out, and let me know what you think in the replies!

I have some advice! Itch is also a social platform. Just play other peoples games and comment on them (without promoting your game) and then they might be like "oh i wonder what this guy has made" and check out your game. Who knows you might find new players.

Also, if you think your game is good enough for say, youtube, maybe email a youtuber. Also, definetly promote on discord (be sure to check first if the discord you are in has no rule against it.)  Also most discord servers i'm in have self promotion channels. Just dont be spammy about it.

Marketting is hard. But eventually you will gain some audience.

I think its just my monitor probably.

honestly still too bright for me.

Just in time for my friday build :D

Hey there, started running into an issue with the "choose file from dropbox" button on my game's page the other night.

I can choose the files from dropbox, but then they do not upload.

This error appears in the console:

You can find ritual notes randomly. The Strange CIrcles are used for these 'rituals'. A basic one is pushing a crate onto a strange circle and breaking it...something will happen when you do that. There are many of these 'rituals'.

I found out what the issue was! So, turns out itch.io devlogs dont like it when you print screen and than paste the image into the devlog, but if you copy the image put it into an actual file and than add that , the error goes away and you can save the devlog just fine, any way to mark this as resolved?

I guess i could manually save the screenshots I posted and so on, but I have been trying to post this for over an hour now, getting  this error: 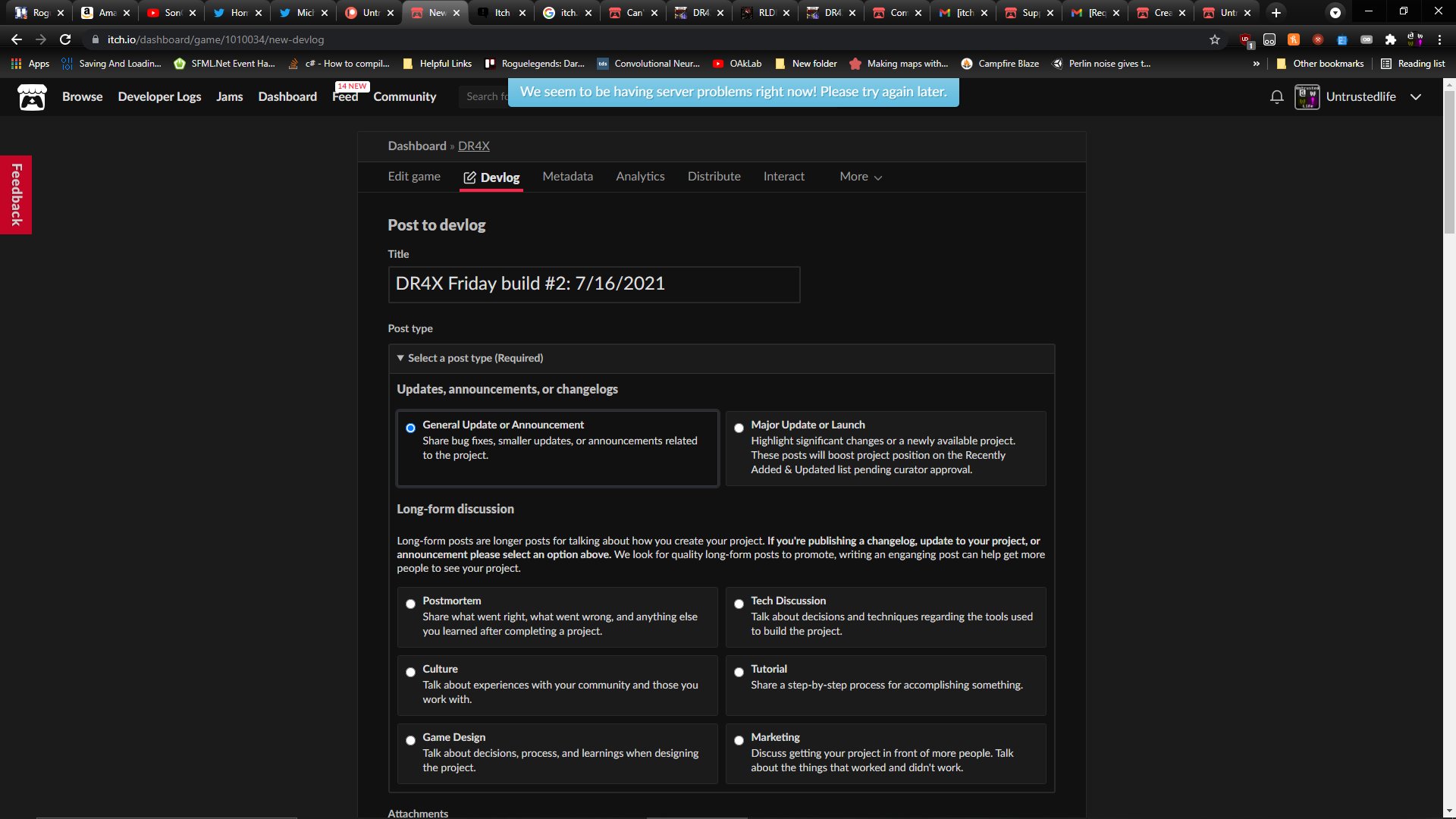 Tried to post screenshots of it on the OP but then i got "error missing token" on here so, what the heck lol.

I'm not sure what's going on here, i worked for quite awhile on this dev log but when i try to post it itch.io gives this error: "We seem to be having server problems right now! Please try again later."

Any idea what's going on here? Also, not sure if anyone else is having this issue, I haven't had issues in the past so.

Reply
DR4X community · Posted in Let me know what you think!
Untrustedlife1 year ago

heres a video of it someone made:

Reply
DR4X community · Posted in Let me know what you think!
Untrustedlife1 year ago

Also, if you have suggestions for improving this page etc. :)

Reply
DR4X community · Created a new topic Let me know what you think!
Untrustedlife1 year ago

Hey there, dev here. Comment here your thoughts on the game :)

Reply
Stella Primum, the simple solar system sim community · Created a new topic Decided to make it free since only two folks bought it, thanks to you guys though.
Untrustedlife1 year ago

You can click your character while on stairs to go down, also try <  or shift+. or shift+,  Also when you die or win you should have the option to hit escape or end and that will bring you back to the main menu.

Have you never played Odell Lake? That's what this is based on. Yeah its meant to be simple.

Make sure you close the dialog boxes when they pop up, also, it adds more encounters over time and changes...other things...I do not wish to spoil anything, for a hint read the review below.

Also it tracks your high score and such.

here is a great review a youtuber named Painticus made a few versions back:

right now it's only a dungeon and a bunch of places you can get to via portals, I contemplated adding an overworld at one point, but Im just focusing on teh dungeon and dungeon branches that you get to by entering portals

Hey guys, I developed this little game about a year ago in a custom engine made in c#. I never released it until now, you can generate solar systems, look at planets, watch their atmospheric contents change and evolve as well as watch the life forms that evolve. You can also view the history of planets, and save and load solar systems.

Let me know what you think :) 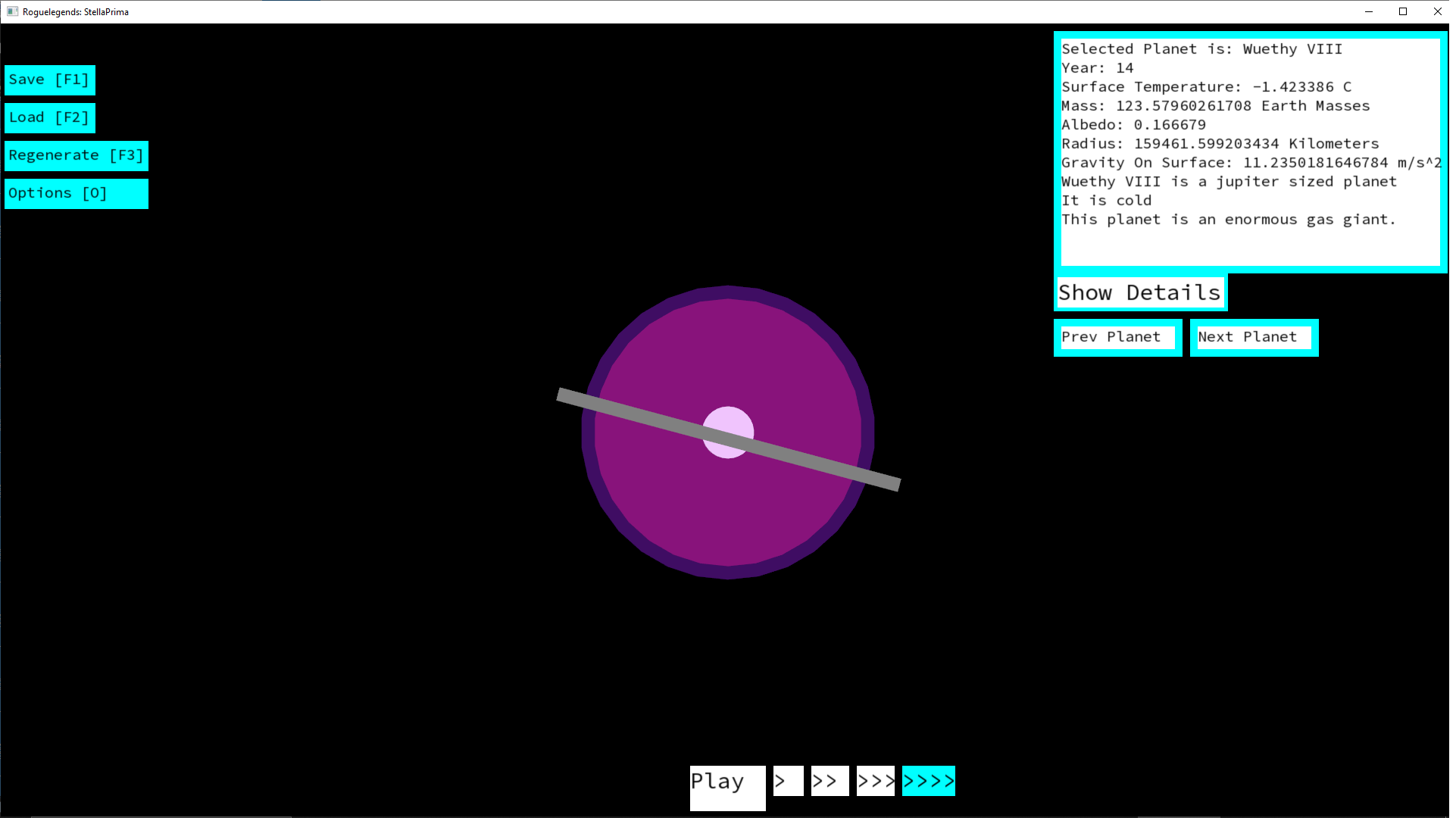 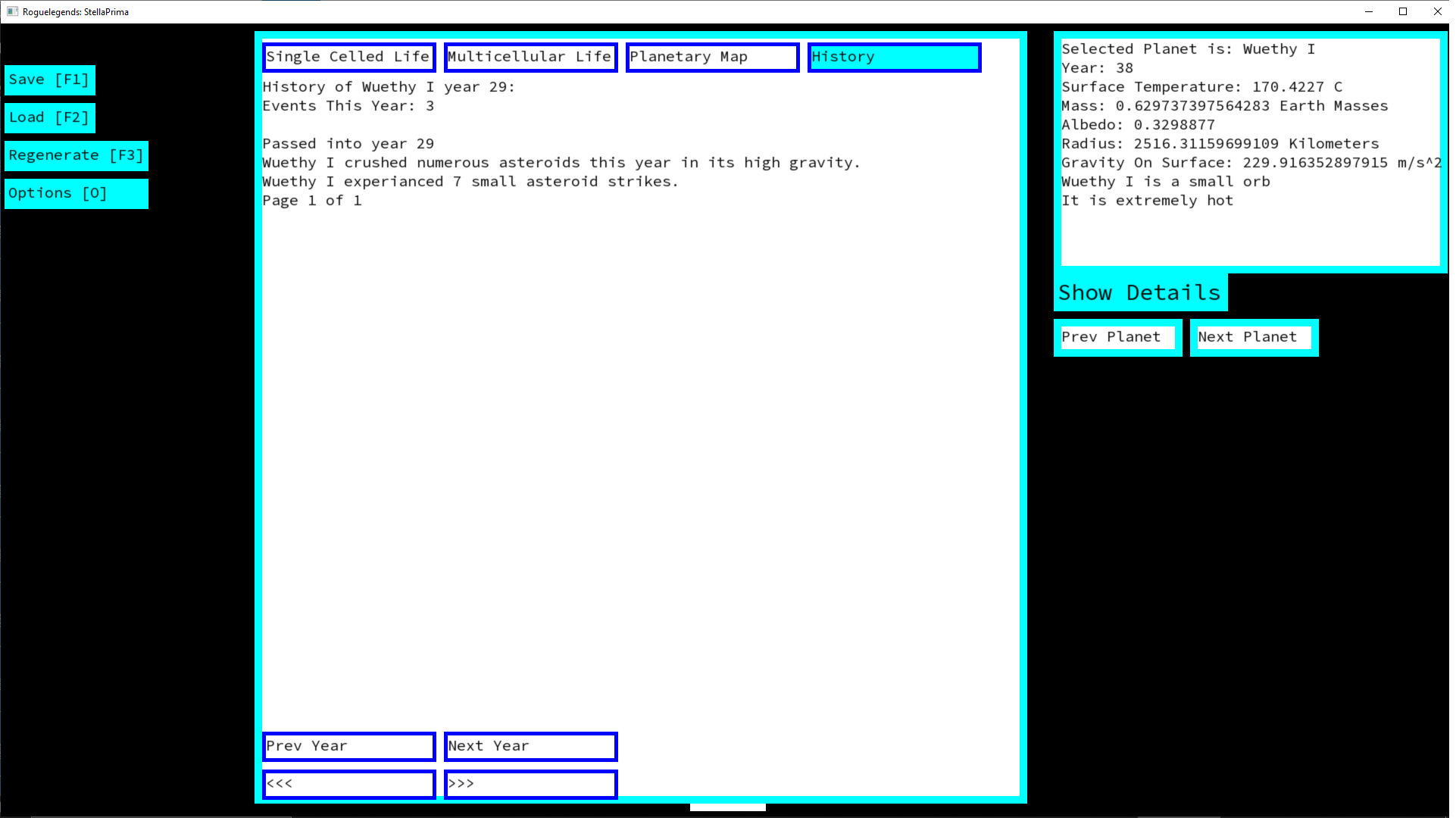 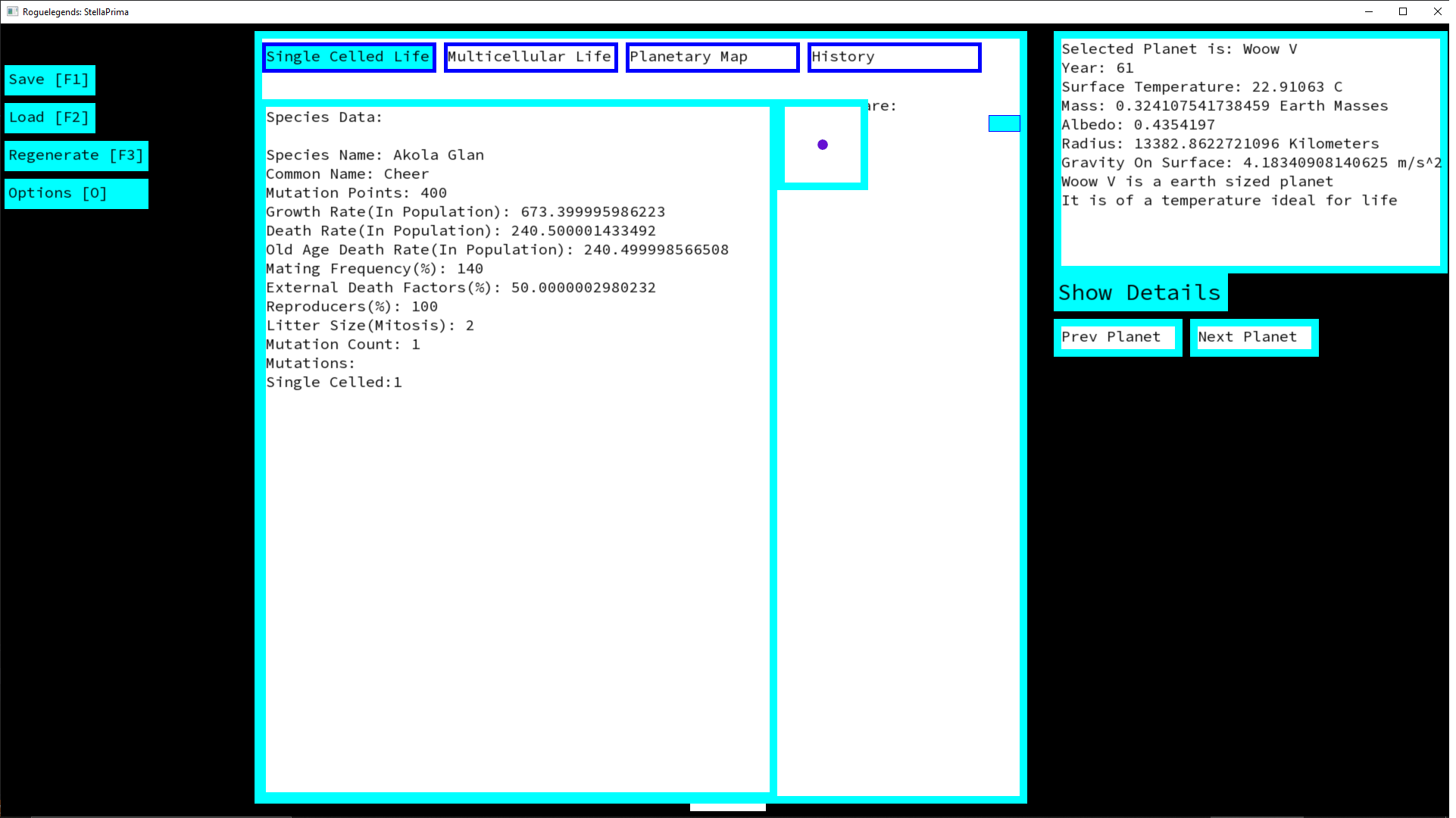 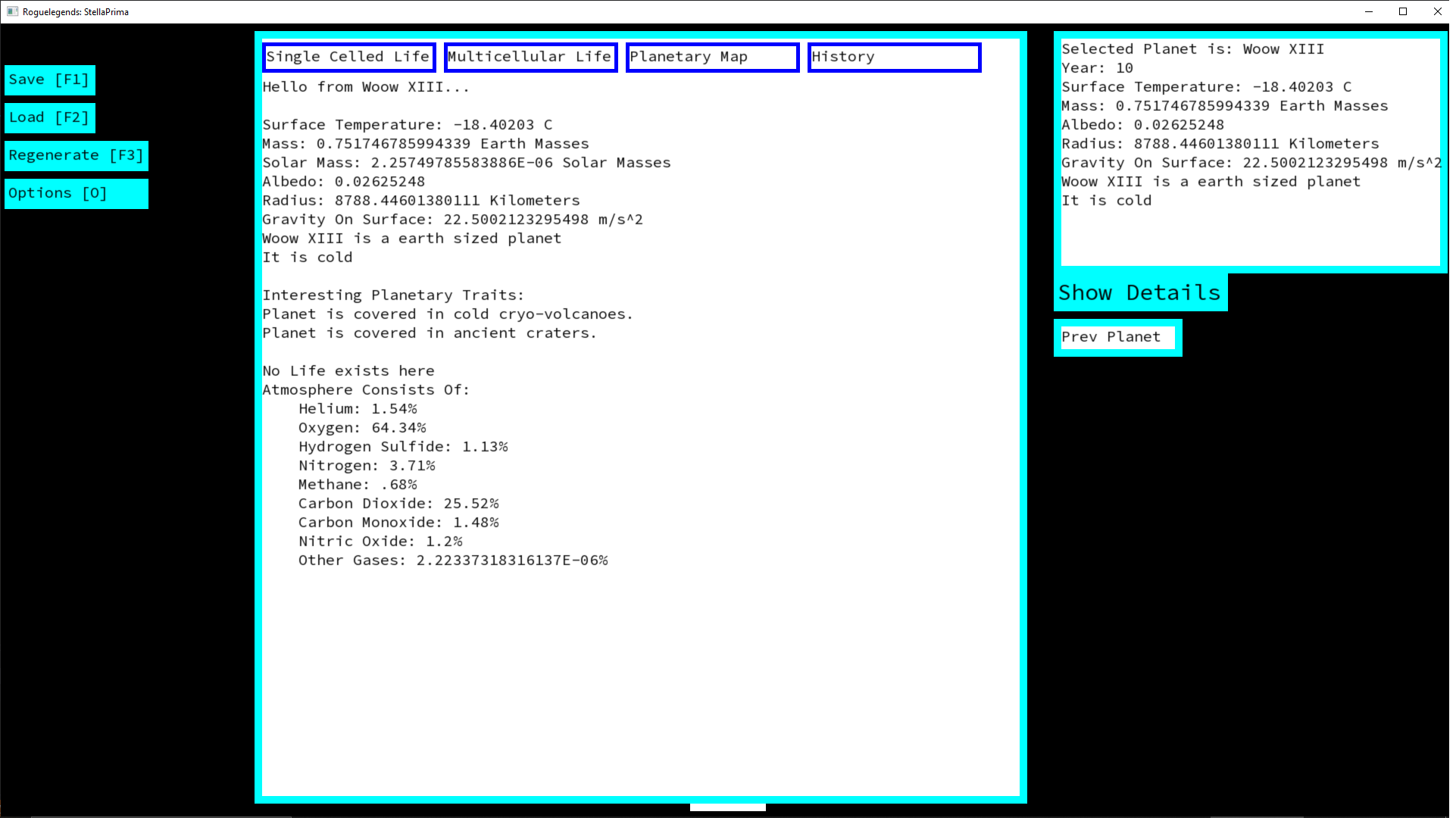 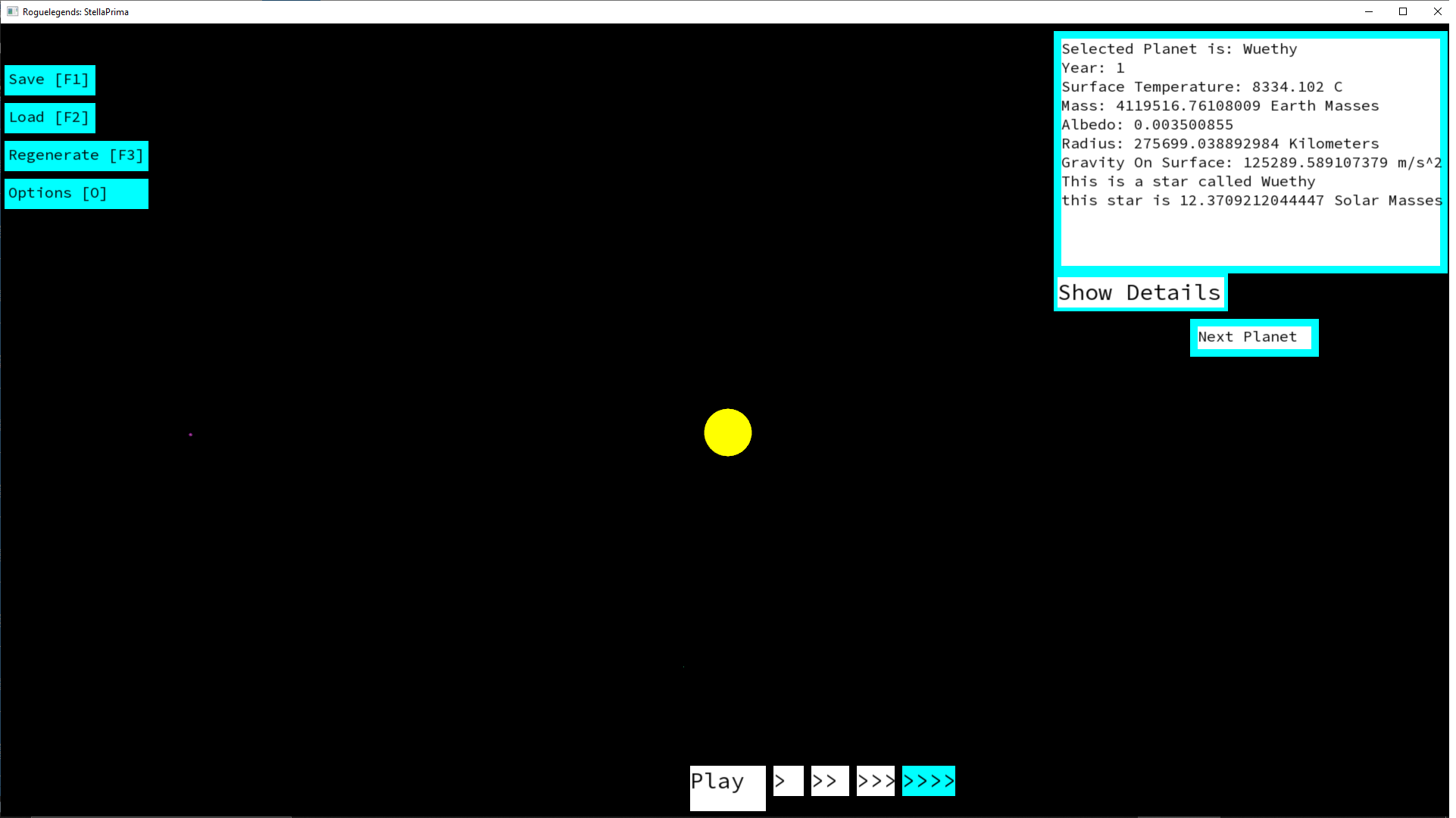 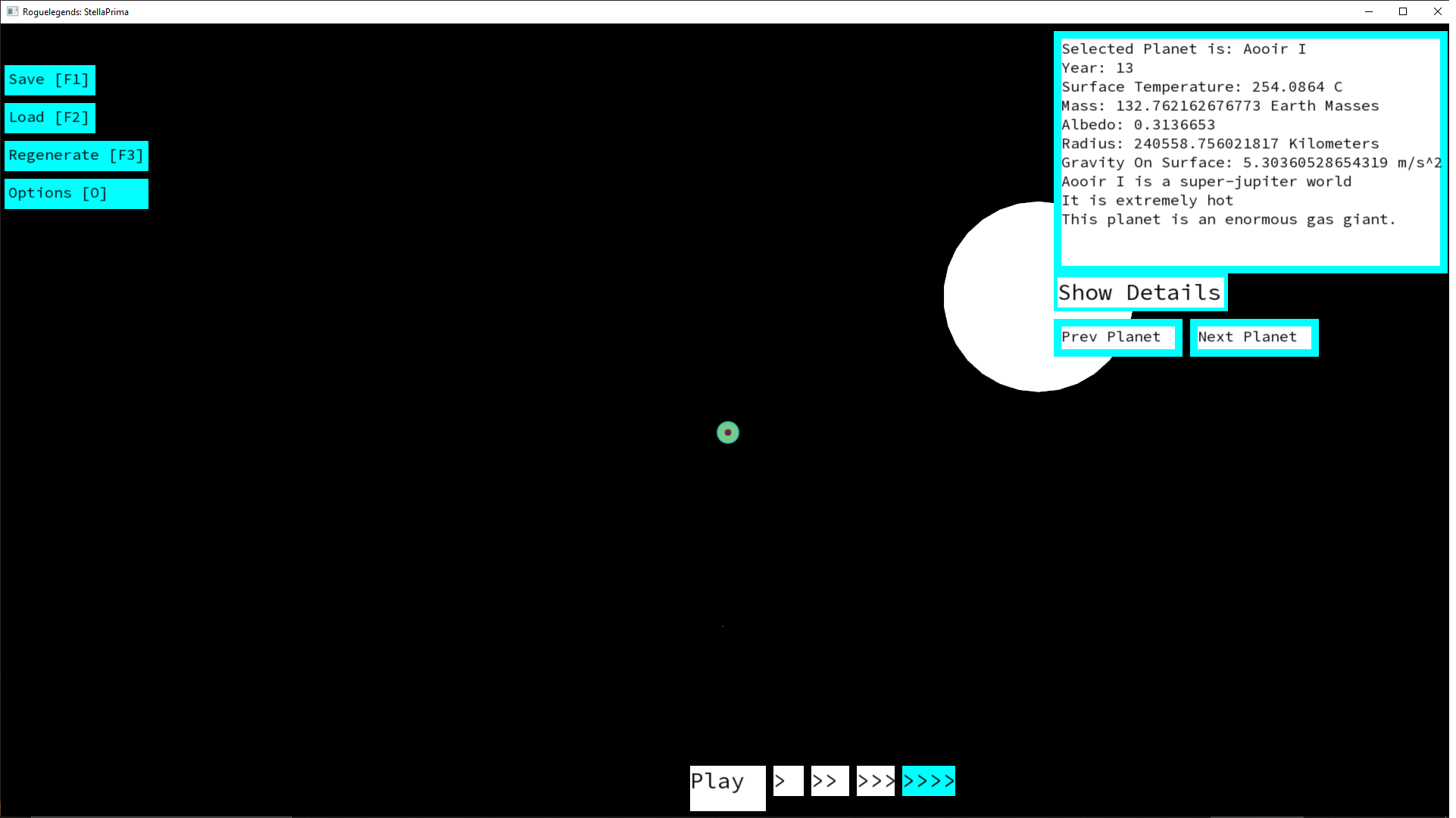 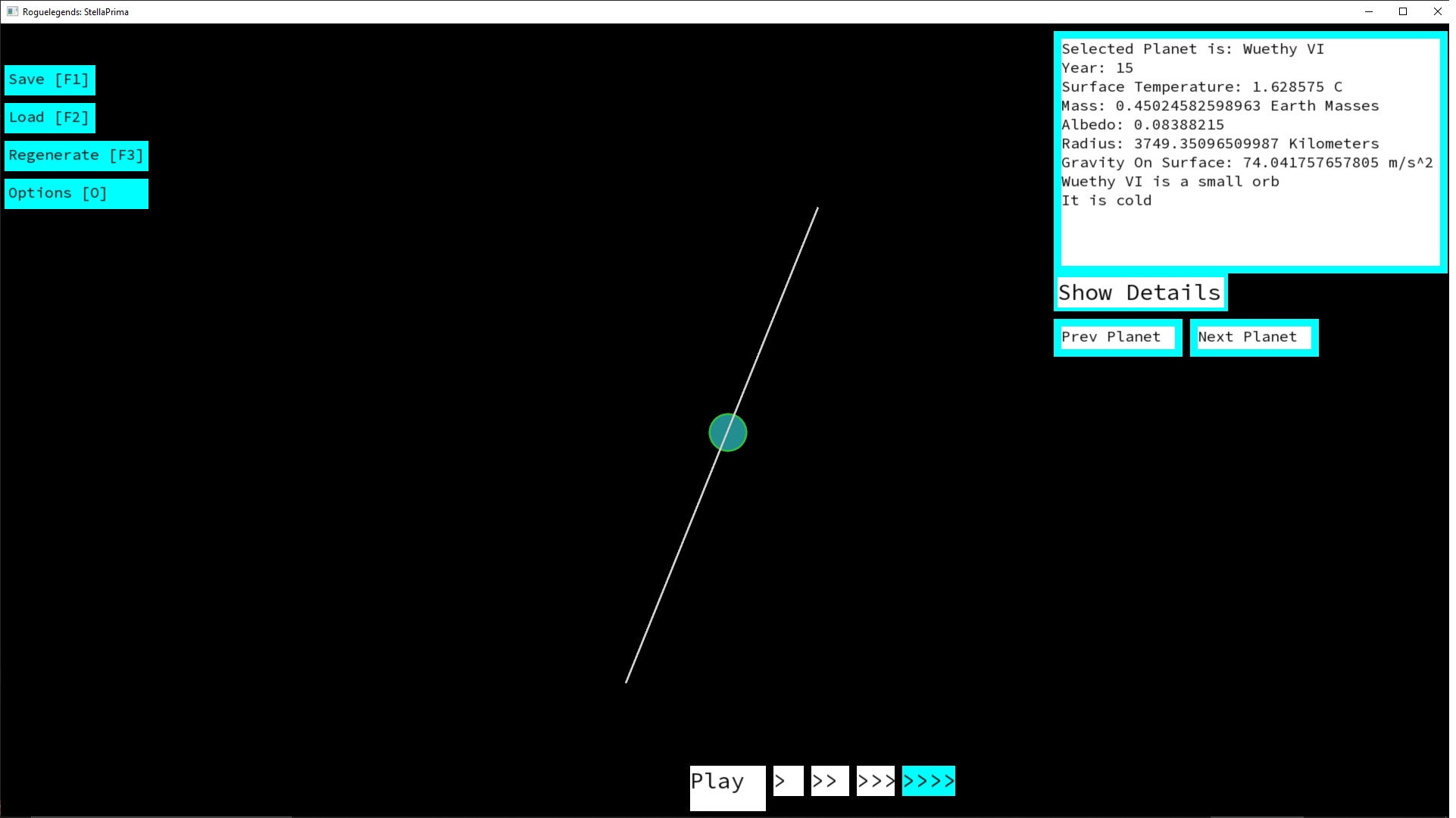 One of the libraries i use for graphics is not linux compatible unfortunately (Libtcod). In the mean time the game does work with WINE. This doesn't mean i wont make a linux version but if it is doable it will take a lot of time and so will probably not be until I am done with like 90% of my roadmap.

Already received 2 emails about this for my other games. Will do if i have time. Pretty cool to help a study.

Thanks for the cool review!

Dont be afraid to give feedback! I want lots of feedback :)

A great lets player named Everyonelovespirates also played it (Though his play through is 0.1.80 )

Thanks for playing it! I appreciate that.  Though it looks like you didn't get the controls very well, im glad you enjoyed it. (Perhaps i need to make them clearer :P).

Can i have more details about this contest?