Cut, shoot, slingshot, crabwalk and minecart your way through maze-like arenas and grab the most moonshine before your bearded buddies do. Take your trailer and boomstick all around the world and cause a ruckus in this Bomberman inspired capture the flag game.

This is way too hard, and not in the good way. Bullets are too slow, enemies too fast, it's almost impossible to hit them. Enemies are almost not dodge able. Couldn't make it past the first 3 bombs.

Other than that, art is really good! Music was good as well, but had some detuning that got on my nerves.

Works good, looks good. Arm movement is hilarious! Gets a bit stale after awhile though.

Great art and audio! Gameplay gets kind of stale after a while, but then again city-managing isn't really my thing ;)

That's cute as a button!

Haha this is great! It's a ton of fun and a lot more fast paced than the other submissions. Art and audio is good as well!

Good art. Gameplay is a bit bland though.

One of my favorites so far. It's fun, it looks good and the concept is really cool.

Great potential when polished some more. Great sound as well.

Don't really know what's going on but the art is dope

Not a big fan of the gameplay, but the art and music is really good and the concept holds up.

Funny and it looks good. Gameplay's a bit slow though.

I don't really get it, but the art is nice!

INTERLOPER WHY DO YOU INTERLOPE. This is surprisingly hilarious!

You can interpret it however you want, that's why I like those kinds of themes.

However for clarification, the saying "history repeats itself" is often used as a way to express that events follow a pattern that will eventually come to pass again, following the same pattern. For example, war is something fairly common in human history, and often follows the same kind of pattern.

Leave it to Davit to come up with a proper solution.

You're upset because you've done a lot of prep work, which is understandable.

I'm upset that we might end up with 275 games that do not only have the same COLOUR but even the same SETTING.
Think about that. Nearly 300 cowboy games with GBA palette.

Settings or genres just aren't really viable as a theme in my opinion.

Could be a proper solution

Theme's for jams are generally to BOOST creativity, not to cut it down. So for a theme to be announced on short notice, it will make you design a game from scratch including concept. This means you have a lot of free reign in your design, instead of baking/nailing down every detail WEEKS before (which DOES cut down creativity).

In fact, you could even start developing the game then already, that's why the theme is always announced a little before the kick-off, so everybody has exactly the same amount of time and work in their projects.

All in all, I think you can still make one of the games you already designed, since theme isn't the only thing games are rated on. In fact, it's only 1 of 6-7 things the game is rated on. If you still make a good game with the limitations presented, theme shouldn't be a problem.
And also, 2 weeks is more than enough to write/design/develop a proper game of the expected quality.

That's how I feel anyway.

Usually in Jams themes are revealed on the day the jam starts, so you also have to come up with the concept on the fly.

Just a bunch of random ones I thought of today.

Yeah that's kind of what I was aiming for. Something that allows for enough freedom to make what you want.
However themes DO have an interesting effect on creators, that's why I was thinking of something abstract or open for interpretation.

The themes seem a bit... generic. They're more like settings, which will make for a non-diverse pool of games.
Themes are a tat more interesting if they can be interpreted differently, like a saying or a feeling or a quote.

I thought this might be a good place for some theme discussion and/or suggestions?

Thanks! Appreciate it! =D 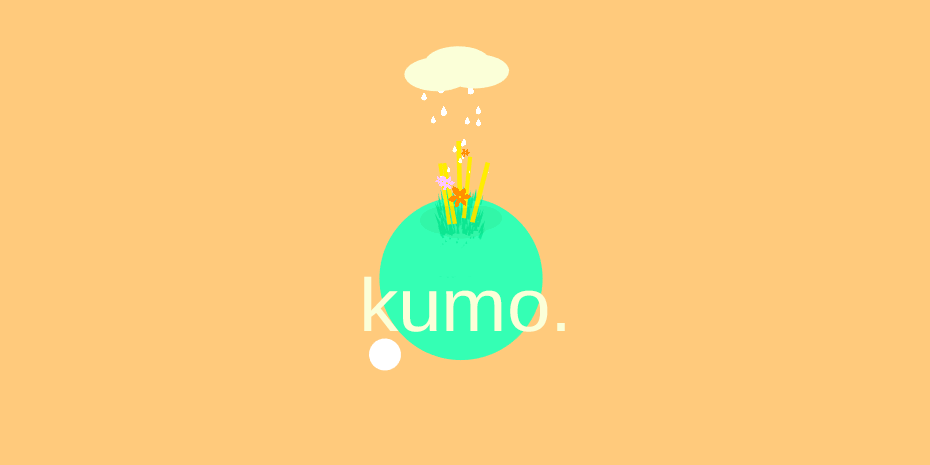 First time doing Lundum Dare. I had to work all weekend so sadly I couldn't join the compo, however had the entirety of Monday to work on this thing. It's mostly cobbled together code snippets from my other projects, so it didn't take too long.

You play as a tiny cloud, hoovering around a tiny planet where you tend a tiny garden.

Have a looksy at my LD submission page.
Or play here on Itch!

Thanks for the feedback, buddy! Those are definitely all points it needs work on. After the jam's finished I'm going to touch up the entire thing to make it proper.

The 3d and 4th building in the list supply housing for Folks. And indeed the days are short, I think I might've accidentally swapped the day time with the night :I

Dynamills (the second building) are used for generating Powers. Make sure you always have 1 or more Powers and make sure that buildings are manned by Folks. You can man buildings by appointing Folks to them (via the dialogue window).