Introducing some kind of DRM is not my intention or why I want this, I wouldn’t consider itch.io as a release platform at all otherwise. It is actually the opposite, I think that web games are beneficial for both, players, and developers. Here is a copy/paste from a discussion on Discord that explains my reasoning behind this suggestion a bit better.

Hey thanks for the info, I actually didn’t know about Neutralino.js yet, but I do know how to use wrappers to create downloadable versions of my web games, that is not my problem. The problem is that I don’t want to do that because it gets rid of the many advantages of web based games.

Let me give you an example. I made a small web based fan game, I made sure that the game can be controlled via touch and mouse. Everyone was able to play the game directly in the browser, no matter the device or OS, no matter if mobile or desktop. You could probably even play it on some consoles if they have a browser with support for certain features. (*speculation, I did not test this)

Now it’s a small game and I’m not planning to sell it, but I do want to sell my upcoming web game and right now I can’t do that on itch the way I want to.

The problem is that now I provide an inferior version of the game to the people who paid for it. How do I explain a customer that they can play the demo version on all their devices but not the version they paid money for? AFAIK there is no way for me to include a version they can install on their iPhone for example, Android might be possible but is also far from optimal, all I can do is provide an .apk file which they have to sideload.

So it is a worse product for the customer, and it is more work for me as a developer since I have to now deploy, test, and update all the platform specific downloadable files, not to mention that the customer now has to download, install and update the game manually, in the worst case on multiple devices.

And that is why I want to sell web games directly instead of downloadable files.

And I really don’t understand why this isn’t a thing already. All it needs is that users get shown a different embedded web game dependent on if they bought the game already or not.

I personally would be completely fine if, in addition, I also have to provide a downloadable file to “unlock” the ability to provide a paid full browser version. This would makes the whole thing a lot more confusing in the backend for developers though, and it would probably feel heavy handed and intrusive to take away some autonomy from a developer on how they can sell their game.

This has several problems imo. For a starter I have no idea how to do that. It’s not my expertise, I’m sure I could figure it out, but these are things I would like a platform holder to take care off, since they can provide a better, more secure version than me.

There is also the problem that if I would do that, itch wouldn’t get a cut from it, which sounds like a positive but if everyone does that we’ll soon no longer have itch.io and that would be sad :(

Not a real problem, but the last thing is that my suggestion is simply more convenient and easy to understand for devs.

Your example would be very easy to do with it, just upload a version of your game with only 5 levels as the demo, and upload the full version of the game with every level as the paid version. No need to setup a website with payment services myself, make a key generation thingy, etc.

We need a way to sell web games. Right now afaik we can only sell files, why is that?

Please add the possibility to unlock a game that is playable directly in the browser for money.

The voluntary support button is a nice thought, but it does not work. In all my years on here I got like 3 donations ever, 2 of which were from my dad :P which is sweet of him <3, but obviously not something I can start growing off of.

I think web games are great, with their immediacy and being so platform-agnostic, but I don’t like the typical monetization models common on other .io sites, where everything is full of ads, and gameplay is compromised to have something annoying or grindy in the game to push people towards reward ad video breaks, and things like that.

I just want to make accessible web games and have the possibility to sell them directly. Please :pray_emoji:

For sure has a lot of gas stuck in his loop hole :P

Thanks you! You can post a screenshot with your high-score here, you would be the first one and thus automatically on the 1st place :)

Thank you! I’m glad you are enjoying it :)

Okay, here are my addition to the level.

Lots of flippers in this one, I like it.

This one is pretty difficult, I’ve only beaten it once so far. Check it out:

Thank you :) I love simple tools like this where even I, with my very limited knowledge in that area, can create something interesting.

Thank you for the quick fix,and thank you for this great tool. I had some time with it now and really love it. It’s so easy to start making cool stuff.

Thank you for making this open source, it is a really great project to learn from.

Found the project files and uploaded a Windows, Linux, and Mac version.

I created another map, de_bowling.

The fun in this one comes more from learning how to beat the level and less from the classic DK gameplay. There are multiple ways you can play, and win this level, no spoilers though :)

It’s likely that you will need multiple restarts before beating this one. Ctrl + + can be used to increase the speed of the level and thus it’s difficulty. (Ctrl + - to lower the speed)

Thanks for playing. Yea idk why the other Keeper doesn’t build bridges, it’s suppose to be a turtle dream level, but that the enemy can’t attack is lame, so I updated the map and removed the lava from the center. Here is the new zip file with version 2

Thanks for making this tool, it’s working really well. If anyone wants to check out my level, here is a zip file with all the files

It’s nothing special, I basically just wanted to make a level where you have a corridor that you can fill up with lots of traps :D

You’re welcome :) Check out my other assets as well, maybe you find something else useful https://tackertacker.itch.io

What a great idea :D

Haha that sounds hilarious :D Would you share a video of that? I would love to see it.

[Edit] Okay, I found the old project files. The game should run normal on monitors above 60Hz now. 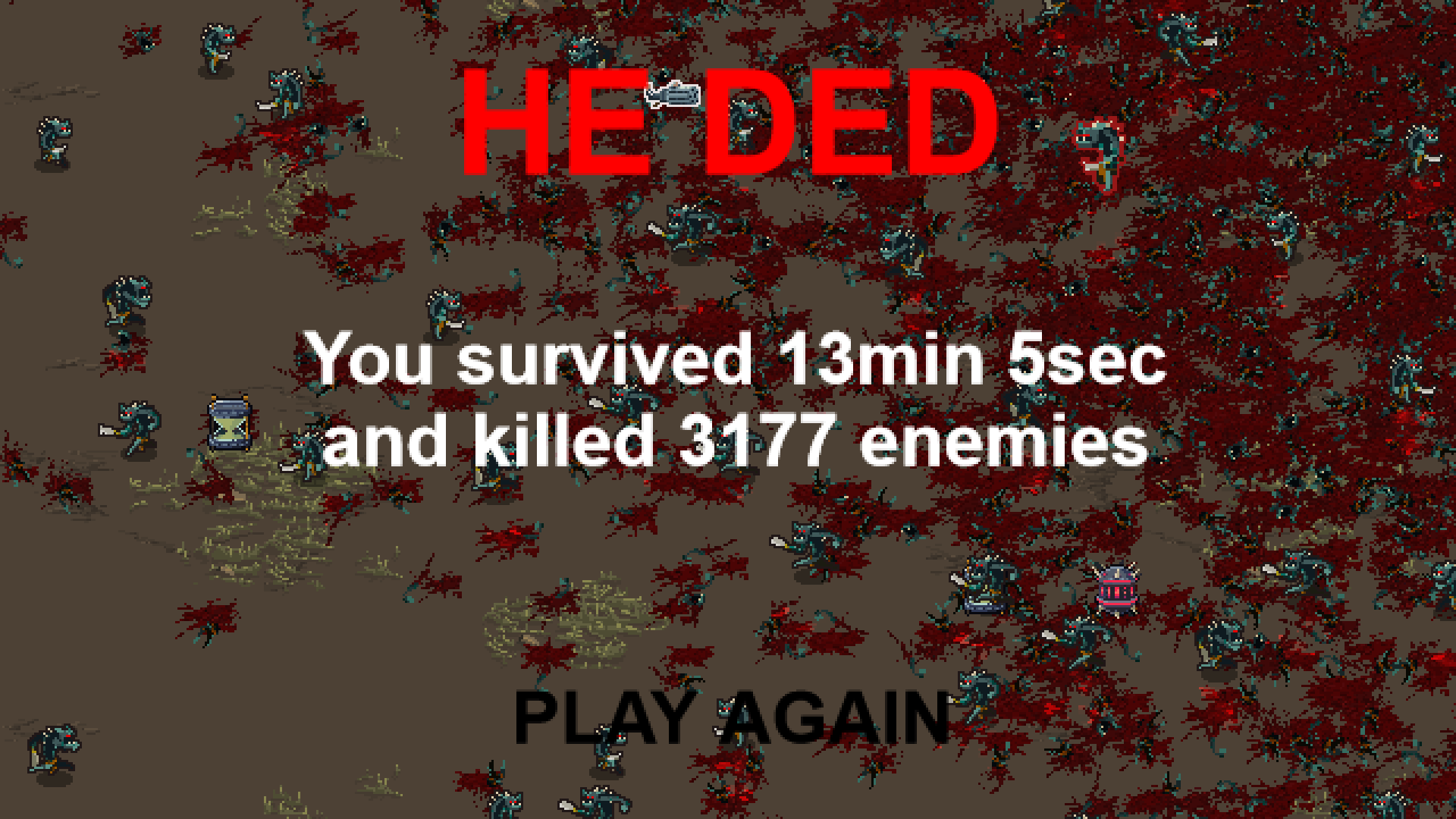 A level for Tom from LetsGameDev

Can’t wait for the 2nd one. Thanks for sharing

Some cool ideas in this one. Thanks for sharing

What a lovely level <3 Thanks for sharing

Hey that’s a cool level. Thanks for sharing it.

Thanks, that’s awesome. Gonna check it out now.

Haha, that’s a funny backstory to the name.

Too bad it isn’t Spanish, could be EL dialogue editor then :D EL standing for Easy to Learn

So I made a bunch of acronyms myself for a very funny joke ;P

LE? WDTSF (what does that stand for)? WITE (Where is the explanation)? INTKIOIAGC (I need to know it or I am going crazy)!