This is GREAT. I can imagine using it a lot when organizing ideas!

I have thought about some ideas that IMHO would make it even better!

They are sort from the ones I think that are more important to the less:

- I like that zooms on center (is a nice thing for example when recording that gif you made about the program). But, I think it would be a nice feature to be able to zoom on mouse position. Specially considering the "nature" of the software (a giant canvas), it would be nice to have more control where you zoom (instead of trying to guess the center each time and correct the position while zooming).

- I think that a zoom level UI indicator would be nice, since maybe you are drawing and you are not sure how many levels you have above/below, so it would be useful for "organizing" the drawings. Simply to know "where am I?". I know it will "break" a bit the simplicity of the UI. But maybe that UI range/meter could only be visible when zooming (or when pressing a key, like F1).

- Option to save the file (instead of dragging the json out of the folder). And also load files.

- Option to take a screenshot of the current view.

- If you want to get fancier, IMHO would be awesome to automate the saving and take different screenshots in different levels of zoom. Like you drew an idea, and when you got deeper (zoom in), it gets explained). You could zoom out, and take a screenshot that internally make some series of screenshots, each one a bit closer. Maybe you could even decide how many screenshots you take until it reach the bottom. The amount of screenshots will determine the zoom step in each screenshot. (I hope I'm explaining correctly).

- Tablet sensibility would be a nice feature

- My .exe doesnt have an .ico! Is not a bad thing, but I the software is awesome and Id like to "stand out" and not to look like a lifeless .exe! :D

Long comment. As I said, they are just personal ideas that in my opinion will make the program even better. To be honest, I already love it and I think it has lot of potential. I tried different infinite canvas and this is my favourite! Good work!

To be honest... Im addicted to this, and I'm surprised! Because I dont like infinite runners. But this game made me realize that is just because the ones I have played are poorly design.

What I liked of this one is that is very well designed, it feels more like playing some Fall Guys trial than a normal runner.

The control is awesome, very responsive, and I'm impressed that for being so simple, is so adictive.

To be honest, I imagine it perfectly having some "juice", effects, etc.... it could be a time eater.

Good work Terry, you are a legend (I love VVVVVV), and you showed your talent even in that simple game.

Aaah you are totally right! Thank you so much for the help and the comment mate, I really appreciate it! :D

You are the one who is absolutely stunning!

Thanks a lot for your kind words, friend!

I've been using the web version for years, and to be honest, it was the ONLY reason why I used to install flash. Thank you so, so much!

I have a possible idea that should be easy to implement (?):

When I make a coold sound, I always save it as .wav and as .cpt (just in case I'd like to tweak it in the future).

There would be very useful (for people like me) to add a button that saves automatically as .wav and .cpt :D

Thanks again for this!

You are amazing. Your work is brilliant. Absolutely brilliant. Discovering your games has been the best thing that happened to me in this year.

This was amazing. Thanks for making it.

Thaaank you so much Martin!

Aw, I'm sorry. I tested again the web version and is working for me. But there is available a Linux build (not sure if you meant that is also not working the build version).

Oh, DorkYface, thank you so much for your awesome comment! It made me happy :D

Yeah! Thats a nice idea! I think it will totally improve the control.  Like having a default safe area to return (maybe instantly (with no delay?))

Thank you so much again, I appreciate a lot your comment! :)

Thank you so much, tappingclaws! I'm glad you like it :D

Thanks  a lot for your work, Yonnji!

PS: You made also a procedural panda generator :D 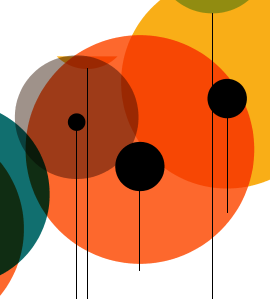 It works perfect, thanks! (well, except the gif as you said)

And is beautiful! The results looks totally like there is some kind of constructivism artist (I think is called constructuvism that style (something like this:))

I saw this on twitter and I really wanted to test it! But, it don't works for me :( (I'm on windows)

I don't know if Linux and Windows builds are really supported, since they are only a few kb/b and the Mac 70 mb.

Am I doing something wrong?

Very unique idea, love the concept and the humor! One of my favourites from all I  have played yet

PS: I noticed a problem on the web version. On the part of the apple trees, the game get freeze and starts to flicker, I wasnt able to continue after that. But executable version (windows) works perfect!

That UI on the  menus... Oh my god. It reminded me to some kind of resident evil / dead space. What a great ambience for a menu!

The game has a lot of potential. Good job!

Love it. Very polyshed and juicy. I liked specially the reflect power up.

Sometimes is very hard to click on the spot you want because of the camera, but watching the ball jumping  was satisfying when you completed a level!

The only thing I dont like, the music. I preffer silence or some FX than that music D:

Its pretty funny, and very polished! I've played several times in order to overcome my score, and I enjoyed the game a lot. But it differs a lot from the Boulder Dash I used to play.

Oh, yes, controls with  keyboards are super fast, I was testing it always with an analogue stick

Thanks a lot for playing it and for your comment!

Thank you so much for playing it and for your comment! :)

Aw, sorry for the freeze mate, happened the same to me on my laptop. There is a bug I didn't had the time for solving it, on the enemy spawn, that keeps spawning foes until infinity.

My original idea (and future builds) is meant to be more tactical with not so many enemies. And also there is a lot of room to optimization, so it'll run smoothly.

An unusual roguelike with (far) more deep than it looks at the beggining.

You must totally play a second run.
I started playing it without having sense of what I was doing, I felt that the twist to the genre was too obvious, and a bit without sense (like the thing that there was no permadeath). But after playing it... It started to make sense.

I compared the game like a music album that you dont really get at first, but when you get in.... you love it.

That's what happened to me with this. It's a super original roguelike with some stealth and puzzle elements.

I hope you continue developing it, I consider it a little gem. Imagine more powers, enemies, etc. Would be awesome. Awesome job, hope it gets a nice score, 'cause it deserves it.

I enjoyed it a lot! Proof: 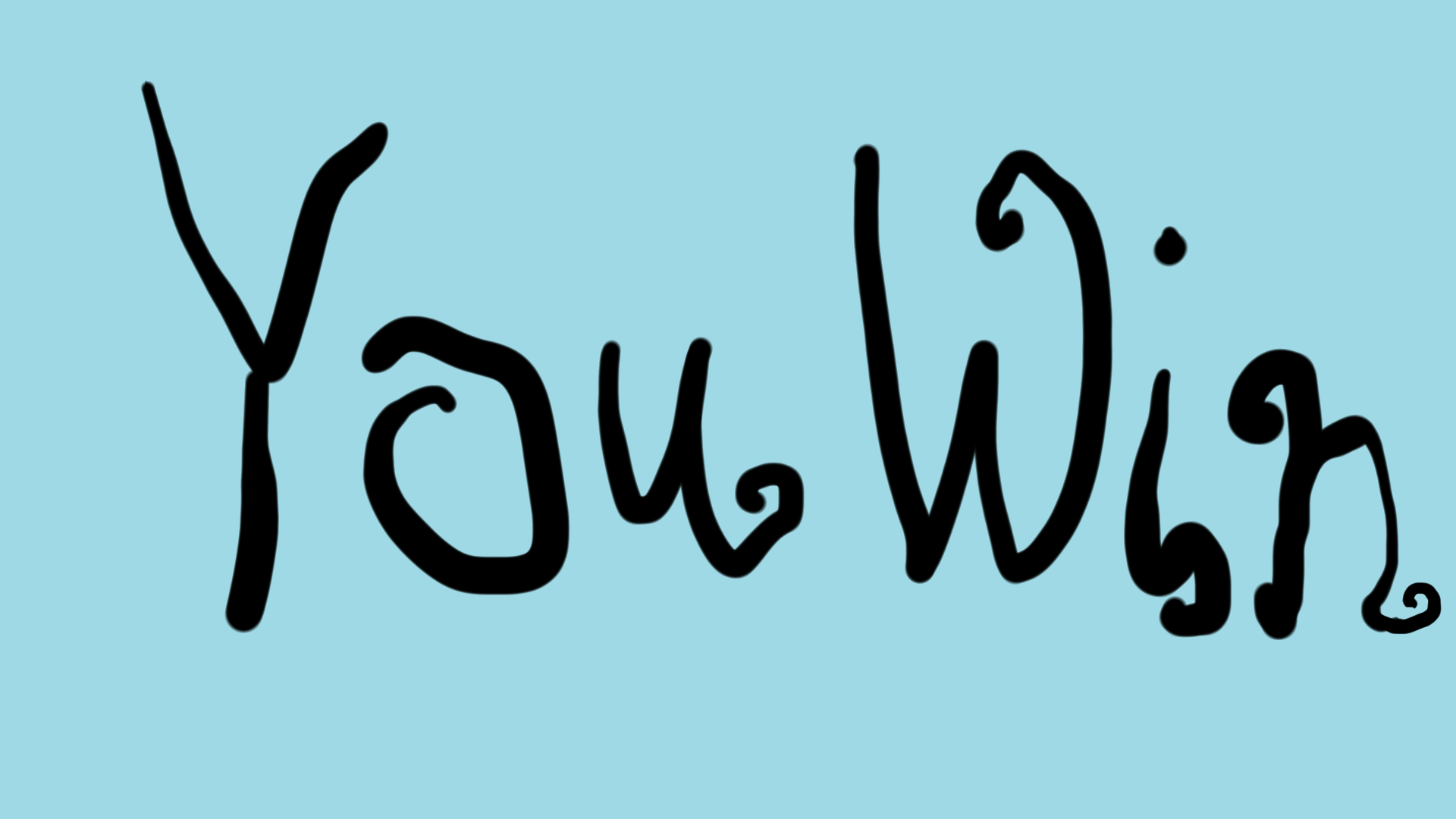 I reminded me to the parrot mechanic in Dokey Kong Land 2 (I loved the parrot stages).
The levels got more and more interesting as you progressed and IMHO it was clever to reuse some level and adding new things, like the wind.

And I also liked the sound effects. In fact, that tiny details is possibly  one of the things that keep me engaged and willing to complete it (it was nice to feel the feedback when  you beat the wings).

At the beggining, I was trying to avoid that... flies (?) you had to recollect, I thought they were harmful. Maybe adding a more appealing colour would help.
But its a minor thing. Good job!

:D Thank you so much for playing it and for your comment, voithos!

Thanks a lot Devonte, for playing and for your comment! :D

Yes, I want to continue developing it! There are so many things that I couldn't add and balance :)

Aw, I got a crappy pc and I can't run the game smoothly :(. It gives me a warning at the beggining complaining about my gfxcard and freezes at first minute.

But what I've played, I liked it. The mechanic of the heart rate and the bomb is very original and a good twist to the runner genre!
And I really liked the intro music! (That bass line..!!)
Good job guys/girls :D

Nice platform/puzzle, I liked the orbit mechanic and the music./atmosphere But I got stuck after a lot of tries in the comet(s) level D:

Is a great idea! I also had no clue what I was doing at the beggining, but after knowing how to play it, it was great. I think its a great exercise for memory. Good job!

Oh, yes, I didn't had the time to adjust it. Thank you so much for playing it and for your comment!! :)

It's a top down shooter (like Nuclear Throne) where you can't shoot, only annoy the other people by dancing/singing bad, in order to get shoot and use their bullets to destroy them all :)

Thaaank you so much for the critique! :)

At the begging I thought It was like VVVV, but after playing it, I see it has some unique mechanics. Good work, I liked it a lot!

Totally loved the combination between puzzle and platformer/ability. Awesome work, one of the best I've played yet!