Wooo just finished a playthrough or three of this and here's my early thoughts! I know there's lots to be added later, so just take these as very very initial impressions. ^^

This will be so immersive with sound effects! I can already imagine how spooky the full version might be—footsteps down the halls, impact noises when people get hit, whooshing of movement... even as a demo I was able to sort of "hear" and expect these beats in my head.

I would love some ambient noise as an alternative for background music during scenes where it's just Chris and James walking around. Even a low drone or something would be enough to draw me in.

This one is just a preference and idk how viable it is in different engines, but this would be great with dialogue blips. There are so many unique characters that I bet you can do a lot with this type of  "voice."

(Below are my reactions during my first playthrough!)

These backgrounds are pretty and well-chosen to fit the vibe!

"I mean, that's a seven year old, what's she gonna do?" LOOOLLLLL

Chris is pretty headstrong! Really wasn't expecting that, he seems more reserved at a glance. It makes for interesting interactions. :P

HOLY CRAP THIS STORY IS DARK AND VIOLENT??

I like the speed up or pitch-up of the music when Jack gets angry! I am too tired to know which one it is right now but it made my heart rate go up LMAO

The fade-in of the stars was super cool!

I love the baton scene with James a lot.

Wow that is indeed one tall boi!

and shoutout to your uncle; he's a real one.

"James *peaks out the door to make sure the coast is clear, then they both make a break for it."

*Peaks should be peeks.

"Two countries are trapped in a cold war with one another. It *effects every other country on the continent too, but as they are, they're all too weak to do anything about the two warring powerhouses."

*Effects should be affects.

After having completed a playthrough, when I reach the Title Screen and hit "New Game," James' name has already replaced the '???' at the very beginning. After the scene switches during the first encounter with the Doll, then it goes back to ??? as it should be.
Weirdly this only happens with James, and not Jack. Jack still gets his '????' intro.
At first, I was kinda excited because I thought this was a built-in feature! I thought there was like, second-playthrough bonus content. Would be cool to have something carry over like that in the future. :P

All that said, I love the cast of characters so far and I hope to learn more about them as the game develops! Wonderful art style and such a cool concept!! :D

I go in mostly blind when playing itch.io games, and I was surprised that we were playing as Seren and not Dex! Dex has such protagonist energy haha; it was super cool to have it switched around.

I really enjoy the amount of expressions and care put into making them relevant with the dialogue. The comedic beats were perfect. I love the small under-the-breath text too.

Super cute romance route. Thank you for the neat NB representation, even though it is a struggle to get people to use the right pronouns sometimes. :P

I love this so much! Amazing music, rad visuals, & fun gameplay!

Pretty fun game! The camera movement was a little jarring though; I also got stuck in a wall but that was mostly my fault for spamming the dash haha. If the camera transitions were smoother this could be great! Nice art! 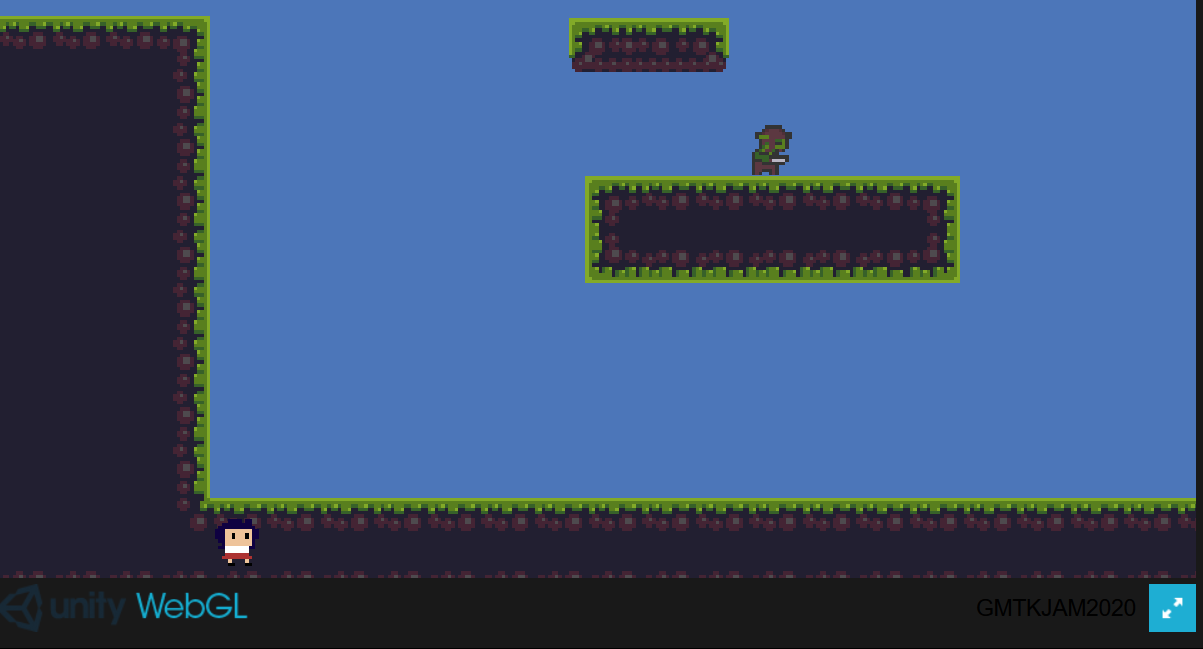 This looked super interesting! The major problem for me was that the Food button got stuck and kept flashing a lot very quickly. That could be dangerous for some people who have more sensitive vision. Apart from that it looks like the game has a lot of potential!

Pretty cool! I thought the "blip" sound when cars passed by was very satisfying. I don't know if it was just me but I experienced some pretty significant slowdown and only got a few frames per second after a couple levels. Overall good job on the audio and art ^^

I really enjoy this idea! The final level was difficult. I found that the best way to handle things was to trap the guy as soon as possible haha. If this were extended and developed into a longer game I would play it!

This was pretty fun! I concur with Pinauna Studios; the point counting became a little tedious to wait for. Great art though!!

Oh man, I was excited to see the title of this game! I definitely feel you. Lately, it's been so hard to remember things. Every time someone asks me what I did yesterday I can only say that I "worked". And even that's a lie sometimes lol. I barely feel connected with conversations anymore.

I thought it was very accurate & clever how it's easier to put things off for a bit by chucking them in the Recycle bin. I let the dark thoughts get too all over the place and it was almost impossible to put them in the trash with it jumping everywhere.

Thank you for making this! it was interesting to see how other people think day-to-day. Wishing you the best. c:

This game is hilarious. I really enjoyed the meta humor of it! I caught myself sending friends screenshots of a couple conversations just because of how ridiculous they were, haha. I'm totally gonna play this through with one of my friends when the full version is released (if it's early-mid Feb I can probably count it as a birthday celebration). I also had to include this here, which might be my favorite exchange in a dating sim so far:

This game is super cute. Excited for the full game, even though I apparently came off as a Capricorn haha

Interesting! This was pretty fun to play. At times, I felt a bit too disconnected from what was going on, though. The whole Nai (I think? it's 1am forgive me) situation threw me for a loop. I really liked this exchange too, made me laugh:

Another cute game from nami! I managed to get all four endings (couldn't decide whose was better between Jam's and Baezel's honestly). The music was adorable, and I really like the characters. It always makes me super happy when something new comes out. ^^ Thank you for making this!

I just finished playing both routes. This game combined with the somber soundtrack feels like taking a stroll outside in a place you'll never be able to come back to. I don't really know how to describe it, but the lingering sense of hopelessness brought these characters together very nicely. It definitely gave me a lot to think about. I think it was paced pretty well, too.

I'm sending this game to a couple friends; hopefully they'll take it slow as I did and get to experience what the story for what it really is. c:

This was super nice! I love the little twist to the story, and the writing wasn't bad at all. I had some Incompetech music playing in the background to fill the scene better. Congrats on submitting for your first game jam! I had fun. :D

Very interesting. I don't know what I expected.

This is such a fun game. I wasn't expecting to like Morwenna as much as I did, and a bunch of parts brought a smile to my face. I love how cute Alicia is and how Nigel does everything he can to support her. Those action scenes got me hooked! Great choice of music for the scenes. I've been a fan of dinos and space since I was a kid so this was a wonderful experience. ;-) Recommending this to a couple friends!

The artwork so far has been phenomenal. I love the little sneak peeks of the characters so far; this game is very promising! Apart from a typo I encountered (http://i.imgur.com/amgFrKv.png supposed to be character's, not that big of a deal I just wanted to point it out) the demo is lovely. I'm super excited to back it on indiegogo, and I wish you the best of success with this game. c:

why did i play this at 4am god

Aah such a lovely game. The characters are so nice!

I can't believe this game actually managed to make me feel so much haha. I'm sending this to my friends to see if they pick up on clues for the ending! Thank you for the amazing story.

Reply
AMPLITUDE : A VISUAL NOVEL community · Posted in Excitement for the game!
Scale6 years ago

Reply
Sort the Court! community · Created a new topic I ended up playing this a lot...
Scale6 years ago

By the time I stopped it was 4am. Oops. Really fun game! The interactions are great, and I love seeing characters return throughout the day. My friends will be all about this! I'm gonna love seeing it expanded into something even better later on. c:

What's the longest you guys have gone with your games?