Sure.  You will need two Plugins, TDDP_MouseSystemEX and PEZ_PointAndClickInventory.  To stop the flash when clicking the screen I had to go into the code to disable the flash.  I do not remember which JS file I had to modify but I'm sure you can you find it in the RPGMaker Forums.  For the first person perspective, the transparency was on.   What you are seeing in the demo is a parallax background.  I had  to create this scene in Gimp (Can be done with Photoshop), then I added the events in the screen.

Does the touch screen work with this plugin.

Thanks for "playing" and for the comment!  I'm glad you enjoyed the story!

Thanks!  This was my first RPG I created.  Create this game in a 2 week game jam so I definitely want to revisit Askeroth and maybe make a sequel possibly expand the world a bit.

I'm still working out the details of this.  This is a extremely linear-RPG/Point-and-Click Adventure kind of like The Walking Dead games.

In the last Act in the game, the heroes go into Town Hall which will be Dungeon like.

Again slowly piecing this game together on my free time which I am pretty happy so far with my progress.

I created a Mock title screen but I might create a few extra titles and see what feels the best.

I am in the process of using a Timed Attacked system to give a little more action to the game. 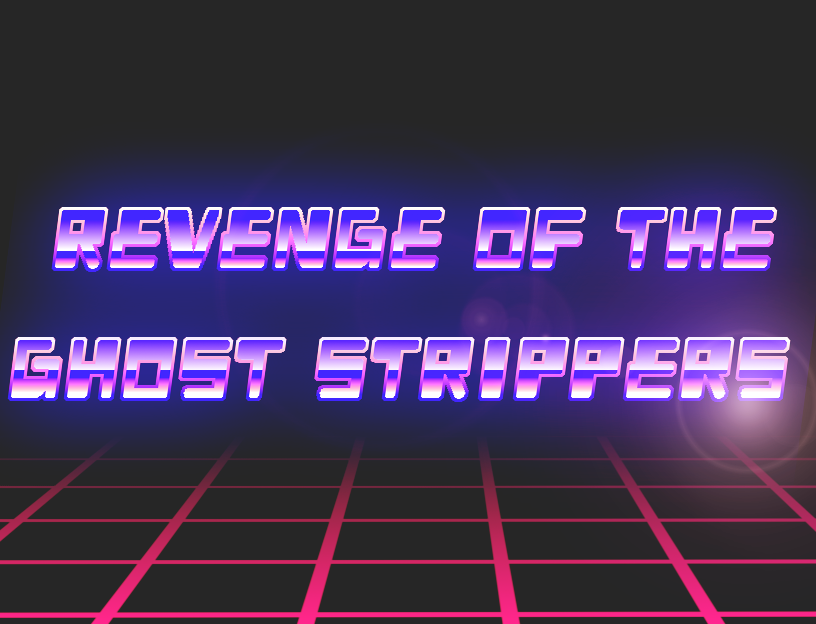 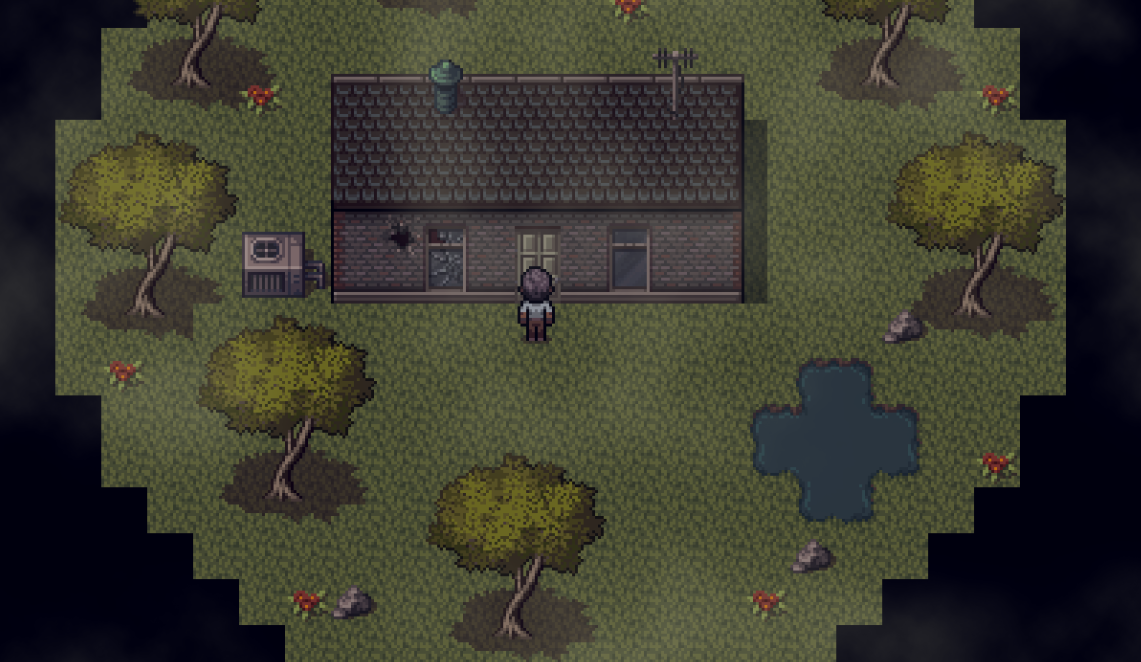 After watching Faster Pussycat! Kill Kill! I wanted to include Tura Satana into the game.

After watching a slew of B-List movies, and watching an interview with Thunder Levin (writer of Sharknado), I felt pretty inspired to create a B-List style story.

I’ve completed the outline and dialogue so I’m slowly piecing this game together on nights and weekends.  I’m hoping this has this out by early 2019.

In 198X stripping, prostitution and public nudity are punishable by death.  On a sleepy island town called Fog Village, there lies a controversial and revolutionary laboratory.  The Scientist in the laboratory is working on giving humans immortality.  They extract souls, put them in stasis chambers, then in the future import the souls into ultra-advance human robots.  They are using stripper’s souls as lab rats.  However, souls escape the laboratory and are wanting revenge.

You play as Ace Shadow. He is a store clerk who is anything but a hero.  Needing additional cash to help support his grandfather, he sells drugs on the side.  When people in the village are missing, he, unfortunately, finds himself in the middle of thick of things. 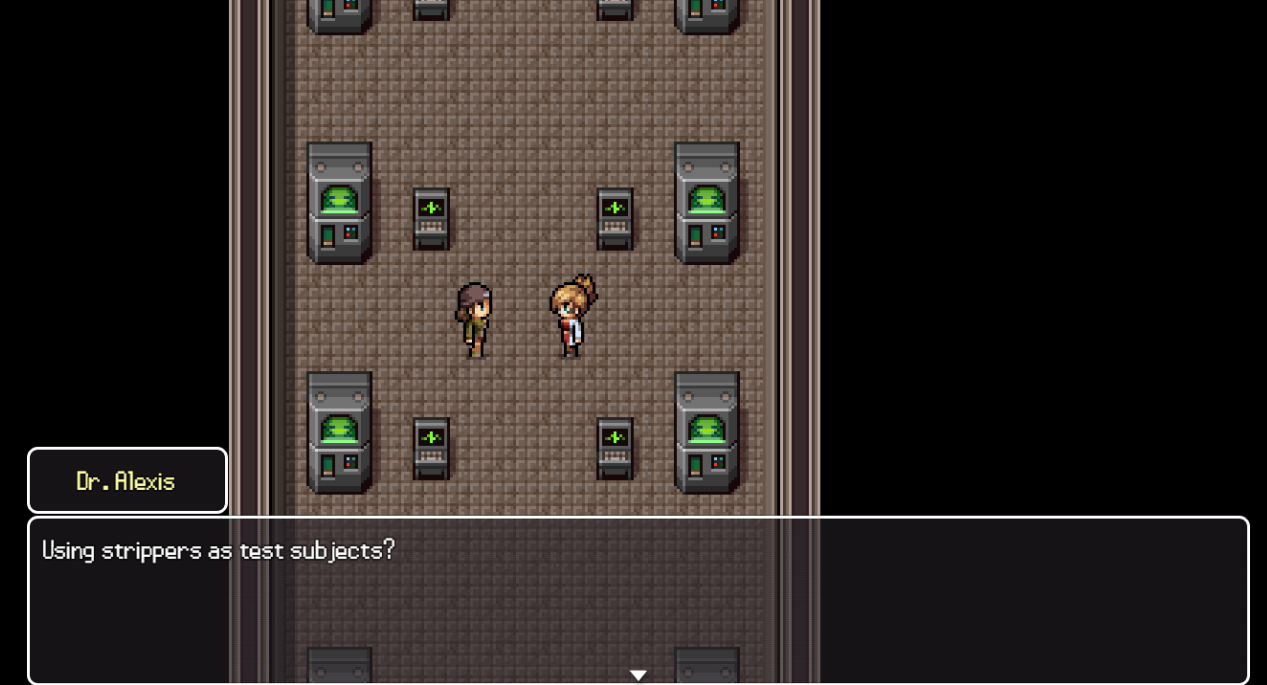 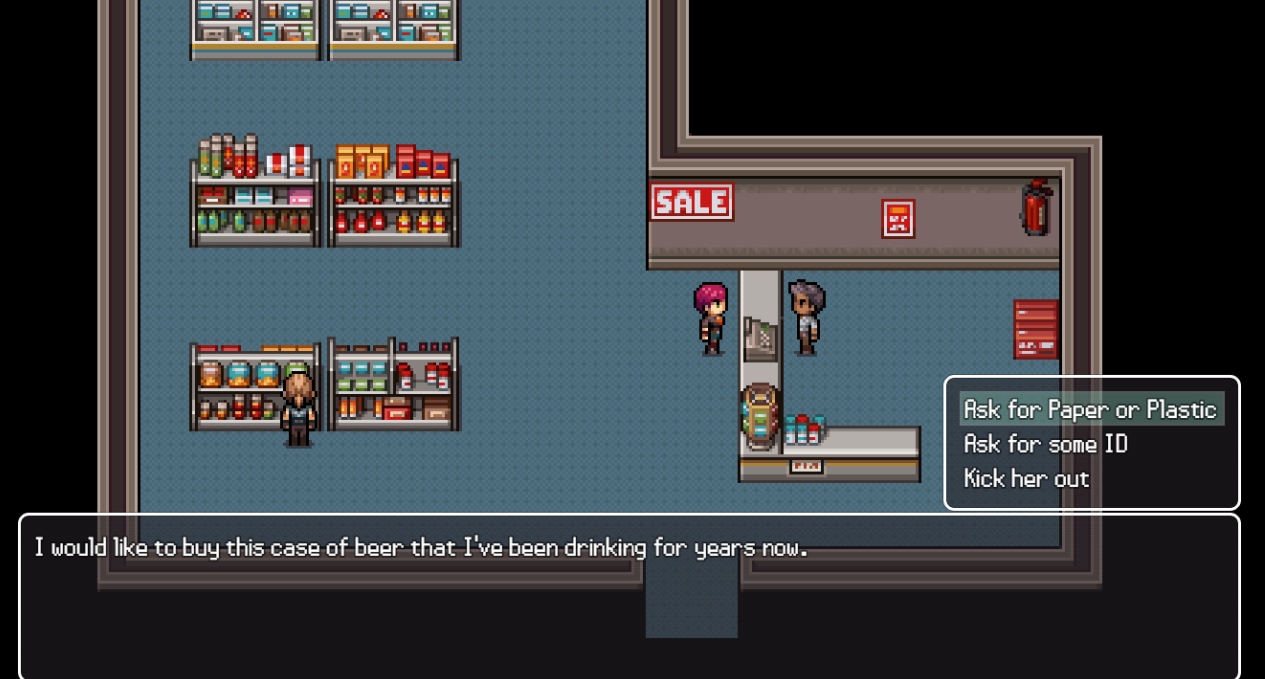 This is a short game/interactive fiction, you should be able to complete this in 15 minutes or so. 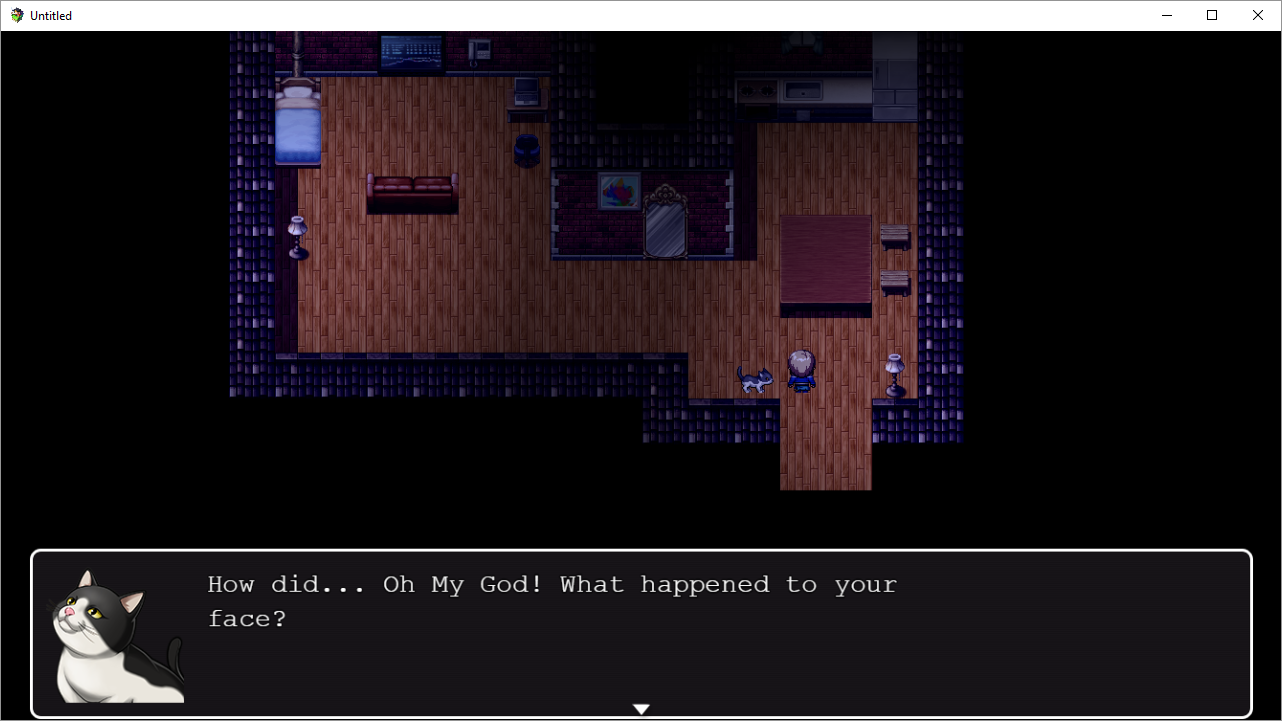 Have you ever been in a situation where you met someone in class, at work, or even online where you have great conversation, share gossip, finish each other sentences, and even make each other laugh?  You can talk and talk for hours.

You look at the person and think, “You are the one I’ve been waiting for!”

Then you both put yourselves in a romantic setting at a restaurant and then it’s instantly awkward.   You can’t carry on a conversation and you find yourselves looking around the restaurant carrying on with small talk about the food and weather. You know you like the person but for whatever reason it’s just not clicking between the two.

Most people would go on their ways and accept that both of you just don’t have that romantic chemistry.  But there are some who are afraid of being alone and want love more than anything. This is a story about a guy who  wanted to pursue something that wasn't there.

I finished the game, I'm not sure if there is multiple endings to this game, so please let me know.  I agree with the constructive criticism below.   So, I'm going to focus on the story.  I think what is missing from this game is a conflict/plot.  I was hoping the NPCs would have given me clues, but none of them wanted to talk to the hero.  From what I got out of it, the  goal was to return the crystals to the "Dark Knight".  I'm somewhat confused why the dark knight fought the heroes at all, or why the main plot was to give the crystals back to the antagonist.  Maybe I'm reading to much into this.

Just some advice, you can take it or leave it.  You can get away without a story in a FPS, platformers, and etc, but when creating a game like this, especially RPGs, I believe the story comes first, then everything else comes second.  That's my biggest gripe about RPG Maker games is that some people focus on particle effects and lighting rather than the story and the game just falls apart.

But, I believe this game is on the right path.  It's definitely tough creating a game in a month!

Thanks for playing and for commenting!  I was a little late to this contest so this was my "minimal viable product".  I might rerelease this "game" after the contest with more consequences and choices since life is all about choices and consequences.   Again, thanks for playing!