The Game of Reading In The Time of Monsters:

Read a part of the framing story. Say "awwww!" a lot.

Thank you so much for your comments, kumada1! Your feedback is much appreciated, and I hope you got some fun out of this game.

Would you be okay with me quoting you on the main game page?

Elisha says we've been making a lot of people cry (for the right reasons) lately! Thank you for the kind words!!! Hope the Beam Saber game goes great!

Reply
Megadungeon Jam community · Posted in Any requirements on exactly how "Mega" the megadungeon submissions are?
Role Over Play Dead1 year ago

I'm interpreting this as relative to the normal dungeon size in the system you're running. So, a Trophy Dark incursion is 5 Rings. What if I wrote 30 Rings? That seems like it would be mega enough for me.

Glad to hear you made a good session out of it!

Thanks for supporting the bundle!

Thank you for updating this! I'll take a look!

Why did I read the title as GAME DESIGN LOL??

When you need to let it all out, ranting at just anybody usually doesn't work because they have to be the bigger person and take it. That's a lot of emotional labour.

Adira's solution is elegant. The Moon is always the bigger person.

I love how this crew is designed to defy the law, investigate a greater mystery, and benefit from the support of friends and neighbours! A dynamite take on a less-wicked Blades crew!

Thank you for the kind comments! I'm wondering if putting "echo" into the tags would make it easier to search for...

Globetrotter's Guide to Greenery: Freshwater Marshes is literally the perfect flora guide to go with my Pipedream RPG. When you're foraging for edible plants in the marshes around Irisfields so that you can serve up a supper ritual to enchant the hardest hearts, you'll be glad for this supplement.

Thank you so much for the feedback, and I hope you manage to drop it on a party soon!!

Elisha and I want to say thanks to both of you for playing! If you like 2-player games you should check out the Party of One podcast by Jeff Stormer, which highlights a lot of 2-player games from diverse creators!

And some of the Games we have streamed are also meant for 2 players!

I would also suggest Monolock and Become One, which are from our #RPGSEA friends who also took part in the Emotional Mecha Jam! Not necessarily 2-player, but other takes on the same themes that inspired Ech0!

You're very welcome! If you want to explore more offbeat stuff, please check out some of my collections of favourite indie RPGs!

Games of #RPGSEA (Balikbayan and 99c Chamber of Death are in The Bundle!)

Games we have streamed

Kai's Faves from the Bundle

This is a heartfelt love poem to pro wrestling - with all its darker aspects - and I think if I played it I would cry. Well done.

May you have a great experience with whoever you play with! Thank you for the kind words!

Thank you for the kind words! Can I quote you on the game page?

Thanks, that would be great ~

Hmmm I'm going to have to consider writing content for this....

Thanks to Ben, for providing a new port of call for my analog RPG adventure, Plague Yacht. I had it playtested, first-drafted and statted up for two systems (Trophy Dark and Ghost Orbit) by the start of December, was ready to do layout and submit to Ad Astra Jam, then plague hit IRL. Two of my dearest loved ones were hit hard, one hospitalized, and I suffered a gout attack too. So here I am finally recovering from December and trying to get momentum again.

Who else is doing analog games in this jam? Hi, y'all!

There are CUTE PAPER MINIS OMG! The lovely sharkie lawyers are worth the price alone!

Thanks for the update. A lot of stuff for me to catch up on!

I need this feature too. A lot of smaller indies may want to be able to do revenue sharing on their projects. I like what Cannibal Halfling Games proposed. 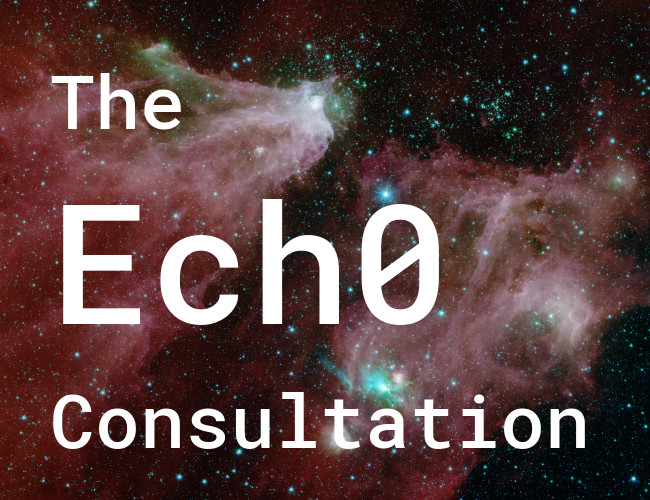 The Ech0 Consultation is about two doctors who must work together to save an ill patient, if strange complications and risky procedures don't get in the way. The human doctor on the scene doesn't have the expertise to deal with the patient's physiology, so they need to join their mind with an alien expert.

The two players portray these physicians and deal out playing cards to generate random complications that could change the whole game. Their motivations or goals might be affected by what the cards say! Then at the end the players have to decide which treatment to go with - one is bound to be riskier than the other, and maybe one of you wants the procedure to fail...

It's available on sale for free for a limited time, so get it now!

Thanks, we hope you like it. Let us know how it goes.
It's definitely very different from Ech0. Although there's a small chance of a war flashback that you can use to link a past Ech0 game :)

What the Hell just happened? I had a rough idea for a 1 GM, 1 Healer game based on the Sector General novels (space hospitals, lots of different sapient species working to save lives) and suddenly I'm creating

Thanks for hosting this jam! I'm having loads of fun here.

Imagine that, a sad mech jam game that is sad.

The flow of possible events from the mechanics seems, from the read-through, potentially frustrating and unsatisfying, depending on how the dice go. Which says something about the veteran's experience...

A witty little menu of mystery, horror and implied tragedy, with a full location map and adventure, all on one page. A satisfying repast indeed.

I've been working on Pipedream, my weed-addicted halfling detective game, and I think work on the setting and introductory adventures is going to take me past the original deadline. With illness at home and family activities planned this weekend, I may not even make an extended deadline.

My artist has done really well though, and my playtesters seemed quite pleased despite getting completely wiped out in the finale of my playtest adventure... 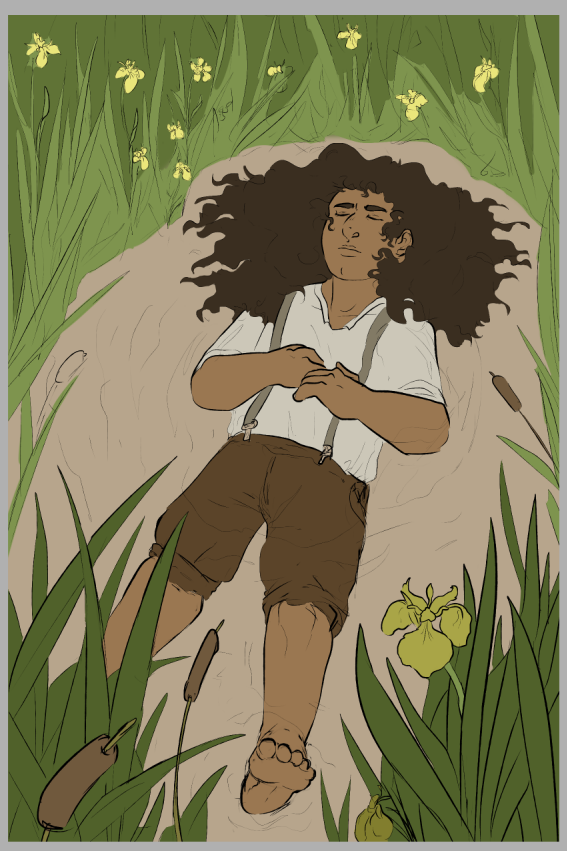 I'm Kai, factory coordinator and freelance writer. I've enjoyed a wide range of games ranging from AD&D to 13th Age, Call of Cthulhu to Dogs in the Vineyard, Eclipse Phase to Night Witches. I believe there are some great game ideas to be found everywhere: indie design, storygames, OSR, larps, and television reality game shows (credit to Becky Annison for that last one), and I want to integrate good ideas from anywhere they can be found.

My home is in Selangor, Malaysia, and I'm fortunate to live close to a large population of roleplayers and really cool game folks. Also, the food here is really good. :) My partner Elisha and I write about games we like and the local gaming scene on this blog www.roleoverplaydead.com.

I became interested in SWORDDREAM from the discussions on twitter by people I follow (Jamila, Michael T. Lombardi, Ben/Flowers). I really dig the nine principles. My *DREAM is PIPEDREAM, a hack of Cthulhu Dark with pipe-smoking halflings who ostensibly investigate mysteries around their home region of Irisfields, which is often visited by Big Folk more powerful than they are. My fantasy world will be Tolkienesque but also more diverse and colourful. Goblins will not be creatures of evil, but rather descendants of elves abandoned by their kin long ago. The metaphysics and morality may be more complex and less Catholic.

This was a lovely game with amazing art, voice and music. Terrific to see it on itch.

This not-game attacked me personally.

Wait, is the Empress immune to dying after stinging??