Great game, the game play is fun and easy to understand, good job !

Reply
Indie Game Making Contest 2018 community » General · Replied to Nick_Degica in Can I use a game I had already started?
Ruo1 year ago

ok I understood, thank you for answering me sorry to cause you so much trouble. I am new to this type of events. thank you for your patience.

Reply
Indie Game Making Contest 2018 community » General · Replied to Nick_Degica in Can I use a game I had already started?
Ruo1 year ago (6 edits)

I've read several post and you said to those peoples that they can use their ideas and games even though some of them have assets created with a lot of time and demos of the game they want. I don't want to be rude, I'm just confused with the mixed anwsers, where the line stands?

PD: I have a lot of ideas so if you say it's not okey I don't have a problem, but it will be cool because I have this great game that I have planned and I want to finish (I just have the draft published).

This is the idea I'm working on https://rhonniel.itch.io/the-magic-cave

Reply
Indie Game Making Contest 2018 community » General · Replied to Marsigne in Can I use a game I had already started?
Ruo1 year ago (1 edit)

thanks for the answer, I create graphics for the game (maps and characters with rpgMaker) , if I do the game again, with different graphics, could it be valid to participate with it?

Reply
Indie Game Making Contest 2018 community » General · Created a new topic Can I use a game I had already started?
Ruo1 year ago

i maked a draft of game for a Jam one month ago, i can use this game?

Answering your previous question about the time in the project. the project is done in its entirety during the jam. Based on this draft and the comments, I will build a better version soon.

Note: your discord does not accept direct messages. 😅

Although I do not finish your game I enjoy it enough, I hope that one day you can finish it.

Very creative and unique gameplay: This is not only for the combat system, also the way to start the fighting by means of grids. This raises the tactical level of the game a lot, meaning that fighting is something more than attacking with one skill or another.

About the conplexity: I admit that I had to play about three times and read carefully the written guide here to understand a bit how the combat system works. Little by little I was taking the rhyth. Although I am sure that a player not very experienced in tactical RPG could feel frustrated fast.

In my opinion I do not think that the combat system is like the calculation of integrals, I have played games with more complex systems. the game needs a better explanation for to understand it, I think this case is better if the game is explaining step by step, how to fight, what is done here, what is done there, also suport some rookie strategies so that the player has something to start playing with.

For example: in Street Fighther, there is an incredible amount of complex techniques, but the first tutorial explains one or two movements (haduken and jump-kick). this tactic works well with levels AI and the player will feel good to win, then when you want to face more difficult AI you will realize that your tactics can improve much more when learning new techniques.

It is not bad to have a robust system with many options and strategies, it is something that your audience has, "but a great power with a great responsibility". If this is the system that the game really needs and you want to put it on, maybe instead of taking things away to make it simple, it's better to segment it and make the player learn it step by step.

The game has a good concept and has a promising gameplay, it shows that it is an idea worked with details, I hope that some of this will help you for a future version.

Oh no, you made a big spoiler hahahaha .

Wow, I am very grateful, I did not think to receive such a complete review, all this really will be of great help to me. I will have to divide my answer in parts:

The concept of the game: I'm trying to do something different but using the classic style jrpg. I agree with you that the name of the game could be better. My plan for the magic cavern is to be an epic journey to unknown worlds, like the chickens town (yes, that's the level name) I want the levels to be unpredictable and unique. After the jam I will begin to work pretty hard so that the complete game has that essence, the spark of "what will happen next?".

The humor: I didn't expect that this will be notable in the game, a lot of the jokes were not designed in the plot, sometimes I add them to joke about the mistakes in the game. But now I know that several people liked it. I will use that in the full version.

Characters are a bit shallow: Yeah, you're right. The characters and their dialogues is something that I have to improve, I didn't design them to focus on a younger audience, but to shorten the development time a bit, that's why in the final scene I joked about this. I am the type of player who values the deep and human characters in video games.

The name of the game and the marketing: Thank you so much, it really is as you say, the name of the game does not give the impression of what the game really is. I will also work on the  title, details like that are what make a player choose the game in the midst of millions of other options.

Game mechanics and battle style: For now the game has the classic battle style (the only one that could be implemented quickly), but in the future version that will change. The random battles are not very fun (my own experience) it's much better to see the enemy and choose to fight with him or runaway. I will take into account your recommendations of mario rpg (very good game, I played it a long time ago, but in that time my level of english was really low and I could'nt finish it), paper mario and Bravely Default (I haven't play it, they seems really interesting). I have not yet defined how the system dynamics will turn out, but these games will be useful for me.

Level design errors: I will take into account those places where you got stuck. It's true that exploring helps to give more depth to the game, but it's better if it is explored through small clues, at least when it is the first time that the test or riddle is shown.

Forgive me por la edición spanglish (XD): the first version of the game that was uploaded was full with translation errors (even I got lost in the dialogues), then I uploaded a version with a better translation, but many like players had downloaded it.

I appreciate the time you have spent to give me this amazing review. Each element (pro or con) will help me a lot.

Yes,finally is works, The concep the game. is very nice, the part of the drone is quite creative, mission impossible style lol! and it is also pretty hard. In general the gamplay   it's quite complete, music, effects and graphic. Learning the buttons was a bit complicated but little by little I took the thread to the camera and the other actions.

I'm glad you enjoyed it, i added some humor to joke about the mistakes in history. Since I could not fix everything, it's better to laugh about it.

It's nothing bro, helping others it's part of the dynamic of the jam .  I used 64 bit and a graphics card nvidia 1050 oc 2g, i try later with lowering grafhics quality. If it does not work, don't worry, I will not give you a bad rating for that

the problem still persist, the game doesn't frozen, i can listen the music, move the camera and the others characters move

again ,I use all keyboard keys and nothing happen 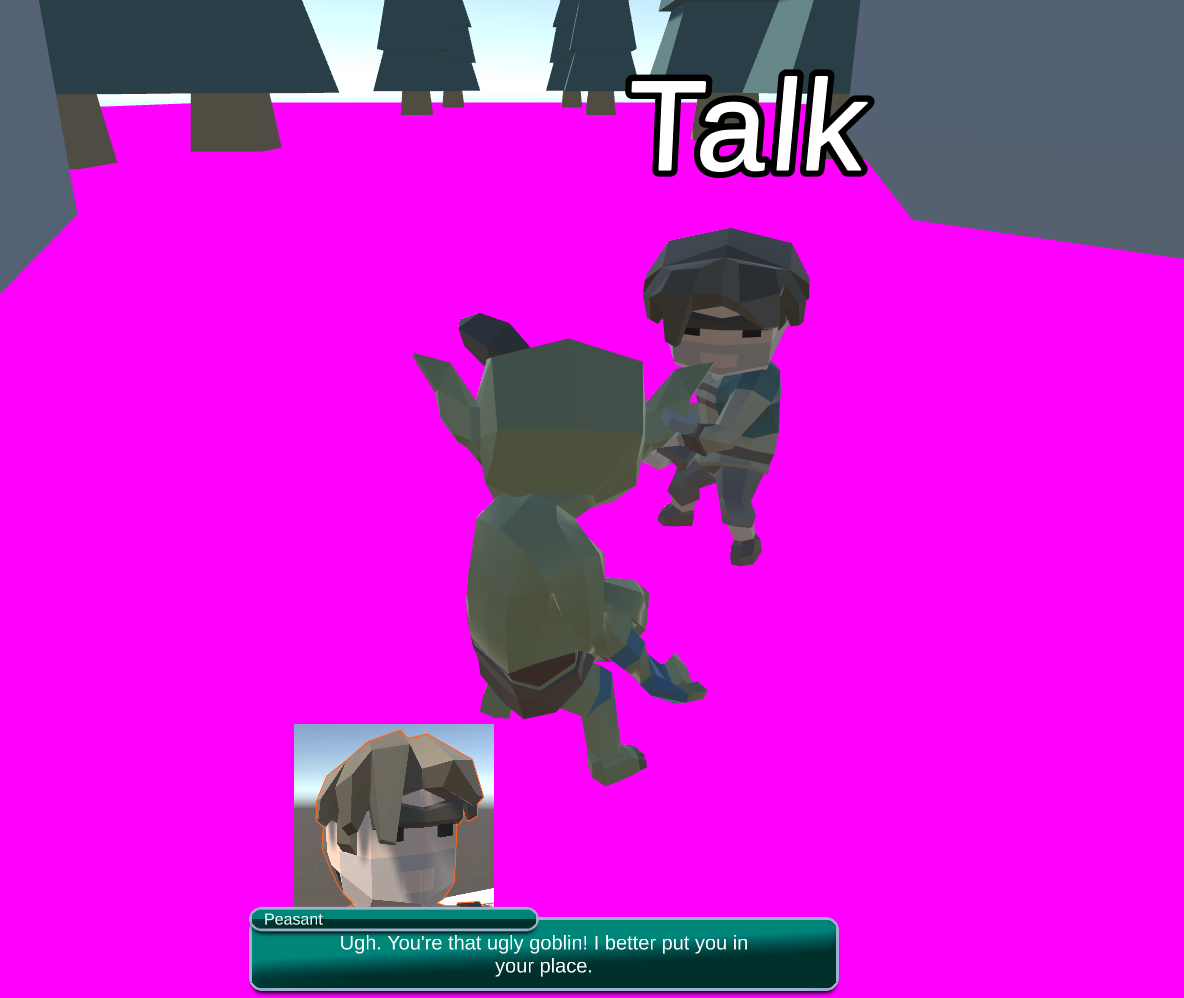 I loved the game, good story, and better development of characters and dialogues. I also found a small bug, the game allows you to give the two marbles to the spirit of the forest, I spend this way, and in the end I had to repeat the game since it was impossible to advance without a marble.

Yes the first, I used windows

Apologize, in a few minutes I updated the game , I repair many bugs of the bad traduction.

The game looks very nice, but i can't play, the game do nothing in the init, i thing this part is a dialog but never begin 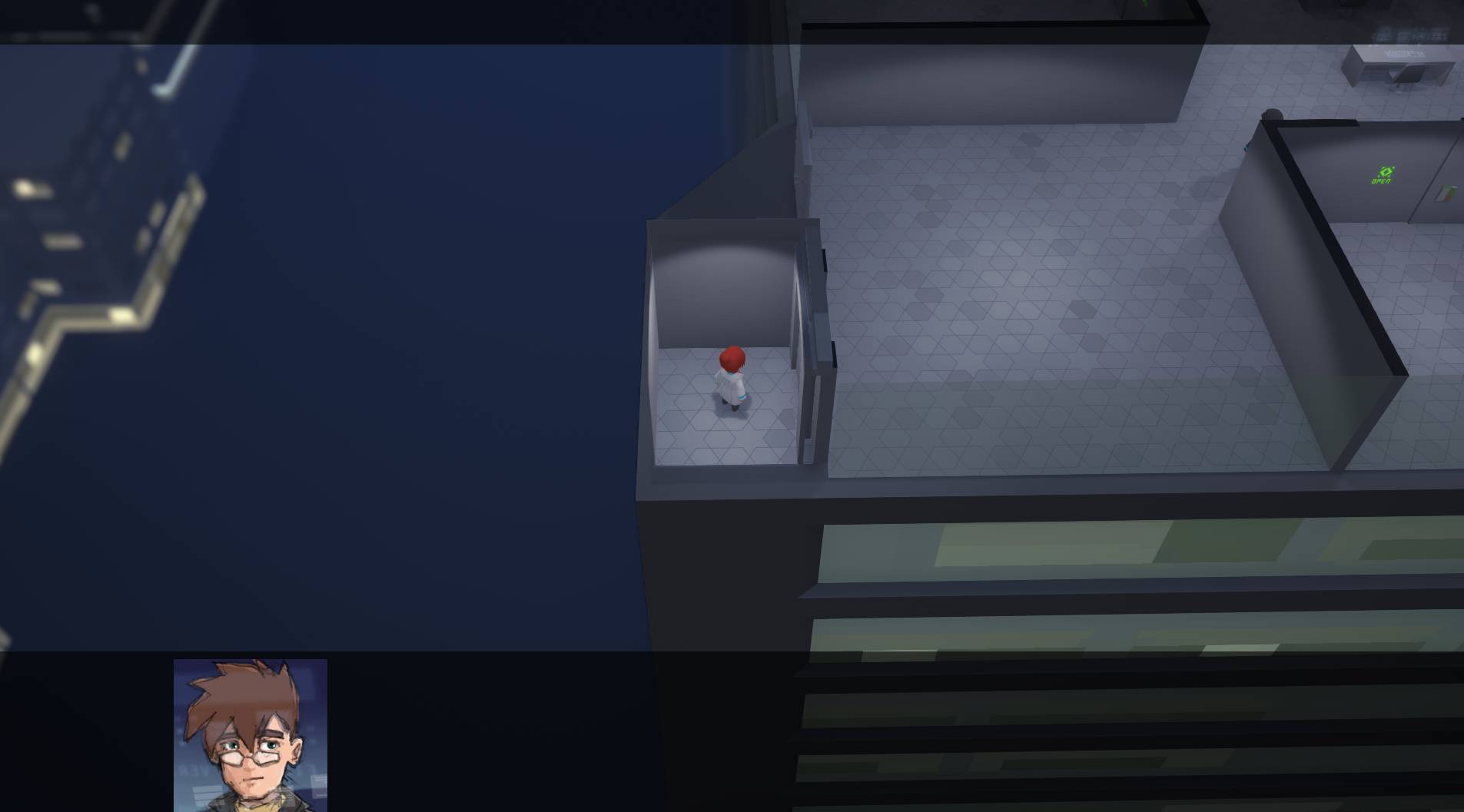 i cant pass off the conversion with the peasant, i pushed all of buttons but don't happen nothin

the game have a good concept for gameplay, is  original.

ok, I did not know that

the game not run, says "RTP is required"