Just saw it now, idk if i can still participate...

I'm glad that you liked the game!
I don't have plans right now for GOG, maybe in the future?

Reply
REDO! community · Posted in What tools did you use?
Redo!1 year ago

Hey!
Aseprite for pixel art
Audacity and SunVox for audio

I think that's it!

thank you for the words <3 i'm very glad that you liked it. i'll try to upload the OST once the game leaves Early Access(it's close). don't forget to come back to check the new uptades. bye!

Hello, players! I'm here to explain a bit more how the updates for REDO! will work. After the first release(11 Feb) I plan to focus on bug fixing and balancing. I believe that all major problems will be solved by 01 March. After that, I'll focus on the hard mode. This mode will feature some new enemies, one new area and some other minor things, it's supposed to be a more challenging version of the main campaign. I believe that one month will be enough to finish this mode. So I'll try to complete it until the end of March. In early April this mode will be released and I should give one more week for eventual bug fixing. After that, the game will leave Early Access.

I want to ask you to give your feedback and report bugs. I'll try to improve things fast, but please keep in mind that I'm a solo dev and some problems may take a bit more time to be solved.

Yes, it will be on steam 11 feb and Achievements are already implemented. Thanks!

thank you for your feedback! this is an old demo, so i already did a lot of changes! there's no pause in the jump anymore and the farming is much more balanced now. you can follow the progress here: https://twitter.com/REDO_99.

Thank you for your video and feedback! i made a lot of changes to the game and now it's more fluid, still slow paced but a little bit less slow. i think you gonna like the changes!

Thank you! i'm doing a lot of changes to the gameplay! you can see it here https://twitter.com/REDO_99
now you have a dedicated button to roll and you dont need to aim before shooting anymore.

thank you! the original plan was to make a memory game mix with platform, unfurtunately i did not had time to implement the memory game mechanic so it become a simple platform. Maybe i'll come back to this game in the future and finish it!

Reply
PIZZA JAM (pizza prize) community · Created a new topic can i change the image of my game?
Redo!2 years ago

>the game is slow

Yes, indeed. It's slow because enemies hurt a lot, you have to manage items etc. this need to be slow to incentive the player to think before move, it's not a hack n slash game.

In fact, you are making progress. If you explore you'll find upgrades, money, secrets, lore, npcs etc. I want the player to feel lost and desolated, but I know that the player can overcome the odds if he really tries his best! The looping nature of the level design is something that helps to create a better sense of space, at least is what I think. Metroidvanias do this a lot.

Again, thank you for your feedback!

thank you, i'll look into it!

"I think you should add more guidance after that point."
yeah, indeed;

"When you die, collected resources dissapear. "
are you sure that you didnt save after collecting the upgrade?
you can check it in the save file.

Thank you for your video and feedback!
"The guns feel utterly useless against two thirds of the enemies I encountered due to the dissipation of the projectile, the lack of aim and the height of some of the enemies"

That is your first gun and it is used primarily to stun enemies, The limitation of the aim system is a design choice to create new strategies to deal with out of sigh enemies(trowing grenades, using a sniper rifle, using drones or getting to a higher place).

Btw, why didn't you use the dash? It's definitely would help in the combat!

"but it seems, to me, to clash harshly with the resource based ammo and healing system. "

That is something I'm still testing, indeed right now this system can lead to a soft lock if the player tries to play like a hack n slash... so I'll try to improve if until the final release

again, thank you for your feedback!

Thank you so much for your video and feedback, it was great to see your thoughts while you play. and i'm happy that you didn't give up, and did your best to finish it! thank you!

Thank you for the offer. at least for now i'll continue doing my own music/sound effects, but if in some moment help is needed i could contact you. Do you have a site or portfolio that i can follow?

Yes! I do everything in this game haha(in fact i'm still learning how to do good sound effects, but i'll get there eventually)! And nice! Godot is a good engine, i know a lot of devs that use it.

Thank you so much! you help me alot with this gameplay! 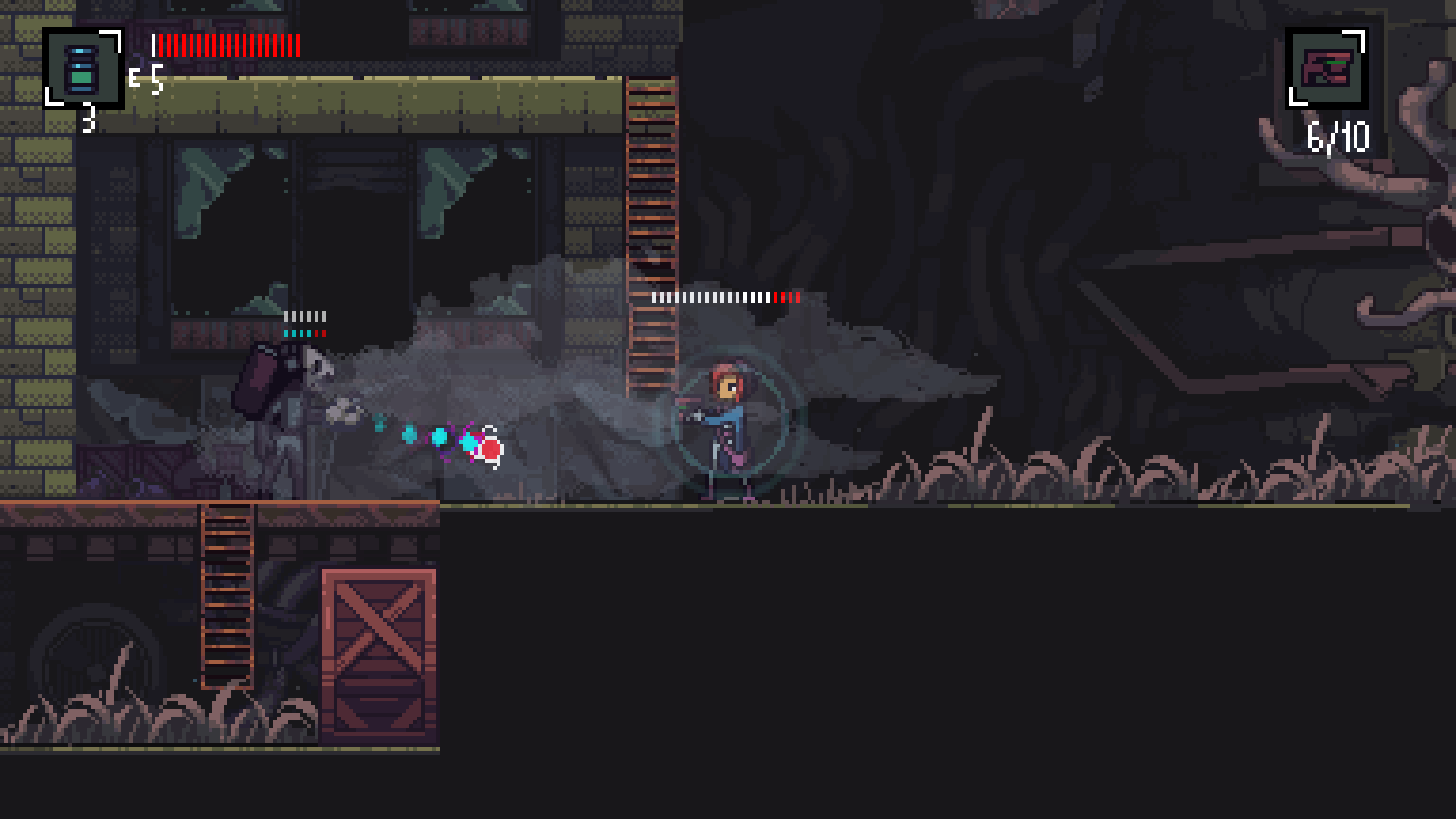 Rly nice atmosphere and i liked the controls on gamepad(but i think there's some bugs in the menu). also, i agree with Werik, i think the game is a little too dark, just a little. Keep the good work!